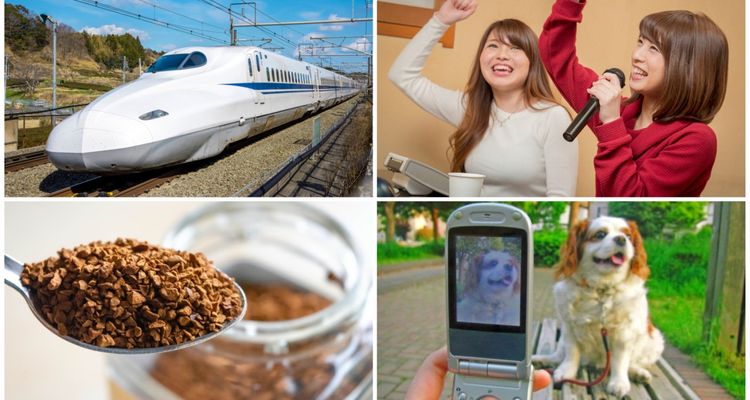 Japan is among the world’s leaders in technology and science. Did you know that some of these commonly-found everyday items were invented in the land of the rising sun?

Believe it or not, coffee granules were discovered by a Japanese student named Satori Kato in 1881 while he was studying abroad in Chicago. While researching green tea powder, something native to Japan, he successfully created vacuum-dried coffee granules. It was subsequently introduced at the Pan-American Exposition in Buffalo, New York, and has been satisfying caffeine-addicts since 1901.

Ramen is a firm part of Japanese culture, so it’s no surprise that it was invented there. Taiwanese-Japanese inventor Momofuku Ando, and subsequently founded instant noodle giant Nissin.

It was initially regarded as a luxury item because of its high price, but it’s now a college student staple, thanks to modern production. On top of its prolonged shelf life, each noodle block is pre-seasoned and packed for convenient preparation.

Also check: This ramen museum is one of the strangest museums in the world.

The answering machine was invented by Hashimoto Kazuo in 1951. He had just moved to a new apartment when his previous renter called to inform Hashimoto of an apparent payment issue. Although Hashimoto gave his word that he would solve it as soon as possible, the renter continued calling persistently, usually (and strangely) when it was late into the night.

Annoyed by the relentless calls, Hashimoto created the first prototype of an answering machine (which he called an Answer Phone) out of a humble tape recorder, reliable batteries and immense exasperation.

He then went on to patent his first telephone answering machine in Japan in 1954.

Is anything more synonymous with Japan than the bullet train? The first bullet train was built there in 1964. The Tokaido line shuttled passengers between the three largest metropolitan cities within Japan: Tokyo/Yokohama, Nagoya and Osaka/Kyoto. It is still one of the busiest lines in Japan today.

Also check: 3 Secrets Behind the Wonders of the Shinkansen (Japanese Bullet Train)

Japanese musician Daisuke Inoue is said to be the inventor of the karaoke. Inoue always had frequent requests from guests for recordings of his performances, and created his own tape recorder inspired music box that played songs for a 100-yen coin each. He called it 8-Juke.

Today, karaoke chains are still one of the largest businesses in modern Japan today.

The braille blocks you see along most city roads can be attributed to Miyake Seiichi of the Foundation for Traffic Safety Research Center in Japan, who invented it in 1965. It was first laid out along the freeway near the Okayama School for the Blind, in the Okayama Prefecture.

The primitive predecessor to our sleek and shiny smartphones was designed and created by Kyocera Corporation in Japan. The very first colored mobile video phone was initiated at their Yokohama Research and Development Centre, and was officially launched to the public in 1999. The phone sports a front-facing camera, perfect for selfies (and you thought this was a recent fad!) and video calls, and was able to process two video frames per second.

Yes. The silhouette gender markers commonly found on toilet doors came from Japan, too. It was first designed and used during the Tokyo Olympics in 1964. Because it was the first time the Olympics was held in a country with a primary language that wasn’t alphabetic in nature, the Tokyo design team decided to come up with this marker that could cut across languages, allowing foreigners to recognize which door to enter.