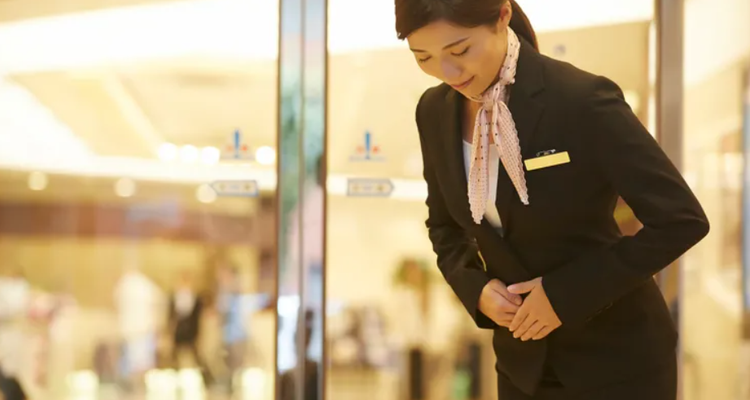 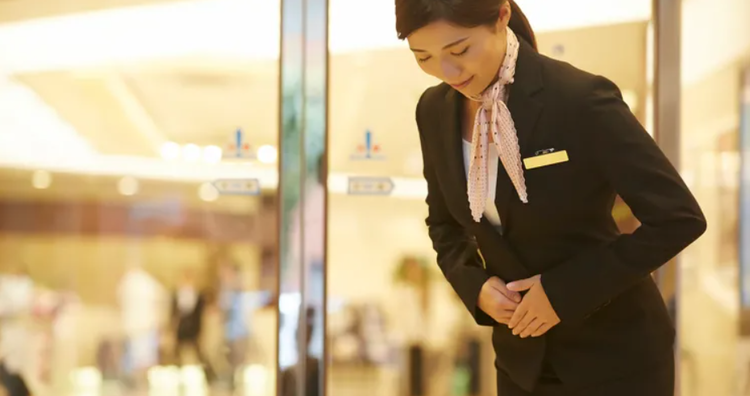 There are many customs in Japan that foreigners find mysterious. Generally, Japanese people are very tolerant of foreigners and will rarely criticize them if they don't abide by Japan's unique customs, but if you know how to act before you come to Japan then it will be to your advantage. Here are some customs ou may not be aware of and you'll need to know in Japan to not stick out and be stared at.

1. When You Send off Your Companion, You Wait Until You Can’t See Them Anymore Before You Leave

In Japan, often restaurants, ryokan inns, and other such service sector businesses will bow to their customers and watch them go until they're no longer visible.

Even in a business setting, often people will bow and wait at the elevator even after the other party has gotten on and the doors have shut.

Also, with their friends or classmates, they may not bow but people often wait until their companion can no longer be seen.

Even though it's until you can't see your companion, why do people wait for so long?

First, according to Japanese people's sensibilities, sending them off for so long is a sign of respect and decorum, and it also feels hospitable. On the other hand, if you leave right away without seeing them out, it may even feel like you are looking down upon them.

In the first place, according to Japan's spiritual culture, once-in-a-lifetime meetings are cherished and are only reluctantly parted with. You can say that seeing them off until they are no longer visible is a way to express your feelings of regret at the parting as well as hospitality. In any case, it seems like long goodbyes are not a custom in most countries, so it's one of the customs foreigners find mysterious.

2. When You Greet People, You Bow Your Head to Each Person and Say “Sumimasen” (Excuse Me)

In Japan, on occasions of greetings or thanks, people definitely bow their heads. Even when you just pass by an acquaintance, it's normal to give a light nod.

Also, it's not just when you greet someone, but you also say "sumimasen" also when you are expressing gratitude or calling someone to stop. Since "sumimasen" by itself is a word of apology, people may think 'why are they apologizing even though they're not doing anything wrong?'

However, Japanese people highly value humility. Lowering yourself is a sign of respect to your companion and has been a part of the Japanese culture for centuries. That's why Japanese has respectful and humble forms that may baffle foreigners studying the language.

Lowering your head and saying "sumimasen" is showing that you respect the other party.

When people take humility too far and erase themselves completely, it's seen as negative, but a moderate level of humility is considered a virtue by the Japanese people. If you get the chance to come to Japan, please take note.

3. It’s Rude to Cross Your Legs When You Sit

In Japan, crossing your legs in formal or business situations is considered rude because it makes you look like you have an attitude or like you're self-important.

In Japan, sitting with your back straight and your legs together with one hand on each knee is taught from childhood. This posture reads as 'I am humbly listening to your conversation.'

So why is it rude in Japan?

Because Japan historically is a country of tatami,  the straw flooring, sitting in a kneeling position was the official way to sit. Because of the phrase "if you point your feet at someone, they won't be able to sleep," it was considered rude to show your feet to the other party.

In Japan, if you find yourself in a formal or business setting, please take note of your sitting posture.

Also, it is custom for people to pour drinks for their bosses or superiors, and it's necessary to top it up once it's empty. New employees are thoroughly trained in this etiquette (this happens quite often in old, traditional companies).

The basis of this is the characteristic of village societies to find 'following the crowd' to be good. It might be the influence of Confucianism on a vertically structured society where superiors are respected.

Of course, in more recent years it's not demanded the way it was before, but if you come to Japan, it would be good if you knew these customs.

5. No Speaking on Your Cell Phone When Using Public Transportation

In Japan, etiquette states that you do not talk on the phone while on the train or bus. With the exception of emergencies, almost no one speaks on the phone on the train. (While sometimes people do this, usually they get stared at coldly.)

In elevators as well, people don't generally speak on the phone or have conversation so the car is wrapped in silence.

It's thought that the basis for this is that it's good to not bring your private business into a public area.

Japan is a country where everyone thinks about the community and the world and how to act thoughtfully. If you bring in your private life into the public, then the world and community will narrow and will make everyone uncomfortable.

Because Japanese society is set up this way, you'll rarely hear yelling in public. It might be good if you refrain from talking on your cell phone while you're out.

6. No Eating and Walking

It is considered impolite - even rude - to eat and walk at the same time, because eating in Japan is considered an activity that deserves the effort and time of one to sit and have a proper meal. When McDonald's first opened in Japan in the 1970s and the notion of fast food ingrained itself in Japanese society, it was seen as an inappropriate fad as the food was easy enough to hold in your hands and consume while out and about.

Not only is it considered inappropriate, but eating while walking in Japan is inconvenient because of the sheer lack of garbage bins in public. If you're lucky, you'll pass a conbini or a park while trash receptacles, but more often than not you'll be forced to carry around your trash for most of the day.

7. Carrying Around a Hand Towel

They are also handy for hot days when you have to run around the city and end up a sweaty mess!

*Part of  the contents of this article was based on information from the program "Cool Japan" on NHK BS1.