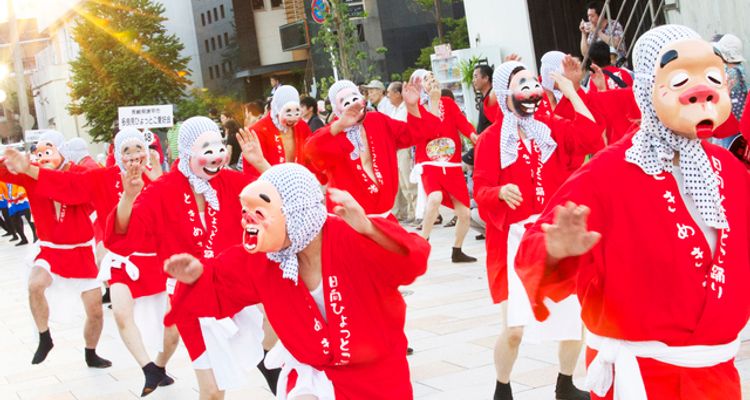 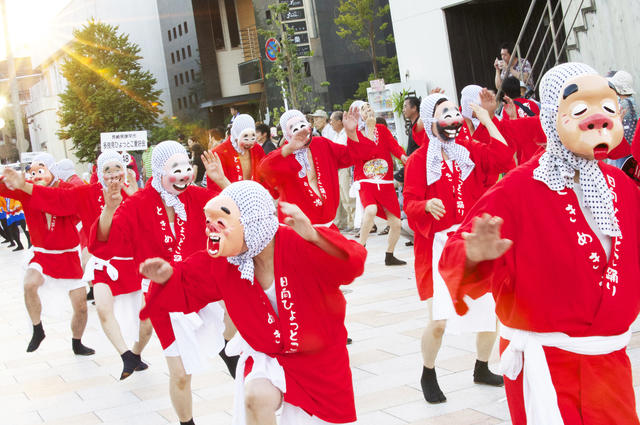 Japan is a land of festivals, with fascinating and colorful events catching the attention of not only domestic visitors, but international tourists as well. Each area has its own traditions and flairs that define local culture, and Miyazaki Prefecture is no exception. In this article, we will introduce six of Miyazaki Prefecture's most enrapturing festivals. Read on to see what can be witnessed in Miyazaki!

Japan has hundreds of festivals that are held throughout the year all across the country, with each prefecture having its own signature festivals that hold special meaning to its specific location. The history and meaning behind every festival vary, from showing thanks for bountiful harvests to offering wishes of health and prosperity, or for just pure entertainment.

No matter whether the atmosphere of the festival is lively or serene, they are sure to entertain visitors and give a glimpse into local customs otherwise normally unseen! Read on to learn more about six of Miyazaki Prefecture’s most engaging festivals, and take note of which ones you would like to attend during a trip to Miyazaki!

Individual hyottoko dance competitions are held on the first day, but the energetic parade on the second day is not to be missed! Performers dance along to the sounds of bells, taiko drums, and flutes, with the humorous masks creating a truly unique sight. The lively "hyottoko odori" (hyottoko dance) is believed to act as a prayer for abundant harvests and business prosperity.

The festival is held on the first Saturday of August each year. Beloved by both locals and tourists, it is now considered a representative of Hyuga culture and has been designated as an Intangible Folk Cultural Property of the city.

Ondasai is a historic festival that is held at Tashiro Shrine in Misato and dates back 1,000 years. The purpose of this festival is to pray for an abundant rice crop, with lively events being held at the sacred rice field next to the shrine.

The festival starts with a procession carrying portable shrines to the rice fields, and then leads to arguably the most invigorating part of the festival: when horses and cattle are brought out to plow the muddy field, splashing up the water as they gallop through the land. Do not be afraid to get sprayed, as this is considered to bring luck for health! After the animals have finished plowing, the portable shrines are carried into the muddy waters by chanting men to bless the fields. Finally, the rice is planted by women wearing traditional garb and prayers for a good harvest are made.

The festival is held the first Sunday of July every year. With its cultural significance and long-standing history, the festival was designated as an Intangible Cultural Property of Miyazaki in 1988.

Miyazaki is a land of myth and legend, famous for its ties to Japanese mythology. Takachiho in particular has incredible spiritual significance, being home to several spots that are the settings for stories and myths.

Kagura is a type of Japanese performing art with a local history that dates back 800 years. While performances can be seen year-round at the Kagura Hall at Takachiho Shrine, the true spectacle to witness is the traditional "Yokagura" ("night kagura") held between November and February. These performances go on through the night, with energetic performances and enthusiastic patrons filling the air with a musical and merry atmosphere. It is an amazing display of local culture and hospitality, and many venues will offer local dishes and sake to enjoy during the performances!

The dance has roots in Shintoism, with performances telling the stories of several Japanese myths and acting as ways for people to ask for bountiful harvests and good fortune from the gods. Nowadays, the fantastic displays have attracted guests from outside of the local area, leading it to be designated as an Intangible Folk Cultural Property in 1978.

Hinamatsuri, which can be translated as "Doll Festival" or "Girl's Day," is a Japanese event that occurs every March 3rd. Traditionally, houses are decorated with Hina dolls and specific dishes such as "chirashizushi" (sushi rice in a container covered with various toppings) are eaten to celebrate households' young girls and pray for their healthy growth.

It is not uncommon for entire towns to pick up in the festivities, and the town of Aya has held its own celebration since the Edo period (1603 - 1867). Women have been considered deities of the mountains since ancient times, which is what lead to the creation of the "Hinayama" ("Hina mountain") - steps decorated with Hina dolls. These were believed to be proper offerings for the mountain goddesses, and also contain the wishes that girls would have long, happy, healthy lives.

The festival lasts from late February to March 3rd, and luxurious Hinayama displays with sets of traditional Hina dolls set atop lush beds of moss and flowers can be seen at establishments all across the town during the festival. On the final day of the festival, local girls dress up in traditional clothing and parade through the streets, led by a woman dressed as one of the main Hina dolls.

Miyazaki Gourmet × Lantern Night is a festival held in Miyazaki City that, as the name suggests, features 10,000 vibrant lanterns illuminating the night sky. The lanterns are decorated based on different themes, and visitors can even try their hand at making their own goldfish-shaped lanterns.

Miyazaki Gourmet × Lantern Night is also a great way to enjoy local cuisine, with food stalls selling all kinds of local specialties such as "chicken nanban" (fried chicken with tartar sauce), Miyazaki-gyu (Miyazaki beef), noodles, sweets, and more. Patrons can tuck into their food while enjoying a series of events and performances.

The festival is held in mid-August in Florante Miyazaki, a park filled with beautiful flowers and palm trees, accentuating the tropical vibe of the prefecture. It is the perfect festival to enjoy the Japanese summer!

The Obi Jouka Matsuri is a festival held around the ruins of Obi Castle that features "Taihei Odori," a traditional folk dance that originated in the Obi area of Miyazaki during the Edo period. Although Taihei Odori was originally performed for the Bon Festival ("Festival of the Dead"), it was later danced together with both townspeople and samurai (an interaction that usually never occurred) as a way to facilitate an amicable settlement between the Satsuma and local Obi domains.

The captivating dance is performed by dancers donning colorful kimono, straw hats with thick cords, and swords strapped to their waists. The graceful yet strong movements are reminiscent of martial arts, and beautifully blend samurai and folk culture.

Taihei Odori's historic significance lead to it being designated as an Intangible Cultural Property of Miyazaki in 1962. The festival is held in mid-October, and you cannot miss the fantastic performance of dancers parading through the streets during the Obi Jouka Matsuri while beautifully dancing Taihei Odori!

Get a Taste of Japanese Traditions at These Miyazaki Festivals

Festivals are an amazing way to get to experience local customs and traditions, and even within the prefectures there are many exciting events to witness year-round. Miyazaki's festivals all showcase its special history and culture, and are perfect for creating unforgettable memories and experiencing the area in a special way. Miyazaki isn't the only prefecture in Kyushu with fabulous displays of local culture, so don't forget to check out what the rest of Kyushu has to offer as well!