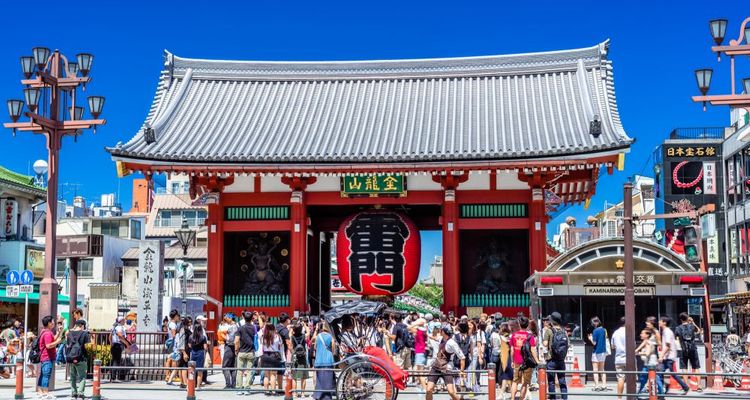 50 Things to Do in Ueno and Asakusa: Shopping, Dining, Temples, and More!

The Ueno and Asakusa area is one of Japan's representative sightseeing areas, thanks to how easy it is to get there from both Haneda and Narita airports. There are many famous spots listed in guidebooks, notably Senso-ji Temple and the museums of Ueno Park, and it offers a variety of cultural experiences both ancient and modern. If you're going to visit TOKYO SKYTREE, here are some places in the nearby historical areas of Asakusa and Ueno to also check out.

This is Japan's oldest amusement park, having opened in 1853. It's famous for having Japan's oldest wooden roller coaster. There are many rides aimed towards children, so it's a popular sightseeing area in Asakusa for families. You can also enjoy the very Asakusa-like scenery that abounds in the park, making it feel like you've slipped back into the Showa era.

For some other ideas of things to do with your kids in the neighborhood, check out this article:

This bar has been in Asakusa's 1 chome 1 banchi neighborhood since 1880. They offer a brand of liquor called Denki Buran, and the bar is known because many of Japan's literary masters went to the bar to partake in that deliciousness. It's a three story building that holds a beer hall, restaurant, and counter restaurant. Bottles of Denki Buran line the counters and you can buy them as souvenirs.

This is a shopping street where stores intended for professionals in the restaurant business can buy cookware and shop items. The number of products available is so impressive that people unaffiliated with restaurants but just like to cook also go in great numbers. Something very popular with tourists are the stores where you can buy food samples. In some cases, you can even experience making your own.

These stores in Asakusa, selling the "fake food" you find in restaurant displays, are so astonishingly life-like that they deserve their own article! In this article, we speak with staff at a fake-food store and produce some ourselves!

This is Asakusa's first theater, opened in the same year as the Tokyo Olympics in 1964. It's a theater that holds rakugo performances without fail 365 days a year. You can enjoy other types of performances other than rakugo as well, such as manzai comedy, mandan comedy, impressions, and more. One of the theater's great points is that you can go in once and enjoy the day there for as long as you want; they won't kick you out with the change in performances. It's a theater where lots of famous Japanese comedians perform in great numbers, so definitely check it out. One of the most famous sights in Asakusa is the traditional rickshaw. The fearless rickshaw men guide their riders through the streets of Asakusa while teaching history and useful information about the sightseeing spots. In one part of Asakusa, there is a lane specifically for rickshaws. It's recommended to try riding one while wearing kimono.

This Japanese restuarant has been serving Asakusa since 1985. It was established as a beef specialty restaurant, and is currently a restaurant offering sukiyaki and shabu shabu using high quality Japanese Black Wagyu beef. The purely Japanese-style constructed annex in the Japanese garden is very popular among foreign tourists. It's best to make a reservation in advance.

If you're really into Japanese beef and want further recommendations on where to get sukiyaki in Tokyo, click here!

The origin of Nakamise-doori is a nakamise, or shops lining a street leading to a Shinto shrine, that was built for worshippers heading towards Sensoji in the Edo period, around the year 1700. There are 89 shops in around 250 meters. You can see the splendid sight of Sensoji at the far end of the street, and the beautiful seasonal decorations coupled with the stone-paved road creates one of Japan's greatest scenes. There are many unique stores in the area, so take a leisurely look around.

They also have a tour where you can dive deeper into the culture and history of Asakusa. The popular  Asakusa Cultural Walking Tour with Magical Trip offers a walking tour in the Asakusa area, introducing Japanaese culture, the authentic local street food and more! Give it a go if you feel safer with a local shoing you around.

If you want a good place to get away from the tumult of Sensoji and Kaminarimon, try Sushiya Nohachi. They offer sushi that you can't see elsewhere. The name of this sushi is "hitotsubu sushi," or "one grain sushi." At many sushi places in the Shitamachi (the working class areas of a city), to celebrate the birth of daughters or when a baby is weaned, there is the custom to make small sushi in celebration. Before anyone realized, Nohachi turned that custom into an offering of miniature sushi made of an ingredient on top of a single grain of rice. It makes for an adorable photo.

For many visitors, trying real Japanese sushi is one of the highlights of their visit, and thankfully Ueno has plenty of sushi to offer! Here is a list of 12 recommended restaurants for conveyor-belt sushi:

If you enter a side street on Asakusa, you'll find Hoppy-doori, a street where food cart-style izakaya are gathered. It's also known as Nikomidoori thanks to the sight of people enjoying motsuyaki and yakitori from noon onwards. The Hoppy Beer that the street gets its name from is an alcoholic drink that was beloved by families in the Showa era. Thanks to that, this street is definitely a line-up of stores where you can enjoy the friendly atmosphere of the working-class Shitamachi area.

Theres also a tour for people to soak in the local atmosphere of Asakusa and try local Japanese street food with a local guide! The Asakusa Night Foodie Tour allows you to explore the Hoppy street and enjoy tasting various local dishes such as the (try to) do-it-yourself Okonomiyaki & Monyajaki cooking.

Asakusa, formerly a business district during the Edo period, is where the very first tempura restaurant started in Japan in 1837. It created a culture that when you talked about an Edo feast, you meant tempura. Small fish caught in the coastal waters of Edo were covered in batter, fried in sesame oil, then sold at food carts to great popularity. Nowadays, tempura-don (tempura placed on top of hot rice and drizzled with a salty-sweet sauce) is very popular and the most famous restaurants offering it have a never-ending line.

This is a street lined with yakisoba restaurants that are frequented by people on their way home from enjoying performances at the Asakusa Engei Hall. Among them is a particularly famous restaurant, Namiki Yakisoba. In business since the Taisho period, the taste of their simple yet refreshing yakisoba brings all kinds of people to the restaurant. They have sizes that are perfect for women and children as well.

And we have even more lunch recommendations! The 8 locations in this article focus more on Japanese restaurants serving traditional lunches:

Himiko is a water bus designed by the master of the anime/manga world, Leiji Matsumoto. Inside this futuristically designed vehicle, Galaxy Express 999 plays. You can enjoy the feeling of slipping into a different world.

Ameyoko, where goods released by the American armed forces were sold after World War II, is close to an area where there are many shops that have been selling military-related items since the post-war black market existed. You can get badges imitating those of the Japanese Self-Defense Force, air guns, camo-patterned clothing, and other military goods. It's an area very popular with military fans.

The Asakusabashi area is famous for having many stores where you can easily find leather products and craft supplies for reasonable prices. Why don't you stop by and find something you like as a memory of your trip? The atmosphere where you can easily ask craftsmen questions about their work is one of the area's most charming points. There are also an abundance of craft items like cloth odds and ends and metal fittings.

Since you've come all the way to Japan, you might as well partake in some cultural experiences or workshops. If you're the kind of person that thinks that way, you should check out the courses at Jidaiya. They offer courses in sadou (tea ceremony), shodo (calligraphy), wataiko (Japanese drums), and other courses that are easy to sign up for. If you have a whole day to spend, you can take multiple workshops. This is recommended for people who want to make memories of more than just souvenirs.

One particular cultural experience to enjoy while you're in Japan is ceramics. Here's a list of 9 locations throughout the country where you can enjoy the art up close!

One of the neighborhoods in Asakusabashi developed as an area of wholesale toy and stationery stores, and now it's a popular area with young women where you can find beads and decorative supplies in great quantities. The main store of the popular craft store Kiwa Seisakujo is also here. You don't have to buy everything wholesale, so you can make accessories just for yourself. Japan is well-known for its cat and dog cafes where you can come into contact with those animals, but at this cafe in Asakusa, you can experience handling birds. There are many kinds of birds including parrots, owls, falcons, and more, and you can spend a relaxing time with them. It's a great place to stop by if you're tired from shopping.

If you'd like to better understand the animal-cafe phenomenon in Japan, check out our article exploring a few different types:

The samba carnival is an annual event held in Asakusa at the end of August. It's a popular event that's been running for more than 30 years, and every year more than 500,000 people visit the area to see it. Teams from all around Japan perform and compete with all their might, so their passion is a highlight. It's a very Asakusa event that was developed through the mixing of multinational people and cultures.

In the Edo period, the shogunate assembled many temples in the Ueno and Asakusa areas, and from that a Buddhist altar equipment street was formed in order to supply those temples with their necessary tools. On Butsudan-doori, there are about 50 stores specializing in household altars and religious tool. In order for the setting sun to not hurt the altars, it's lined up towards the south. You can find many specialized items here concerning Japan's unique religious culture.

This shrine was built in 1355 to enshrine Sugawara no Michizane, a scholar and politician during the Heian era. Because it's dedicated to the god of scholarship, during exam season it's famous for the numbers of students that go there to worship. On the grounds is a copper torii gate and the enki hyoujinseki, a rock considered to be a power spot that will help you find things or people that are missing. Every year at the end of February to the beginning of March, they hold a plum festival.

This shrine has been aroud for close to seven centuries, which seems like a long time but is the blink of an eye compared to Japan's oldest shrines! Here's an article describing Japan's most historic shrines and the roles they play in Shinto mythology:

Next： No.41-50 Further exciting spots and activities in Ueno and Asakusa area