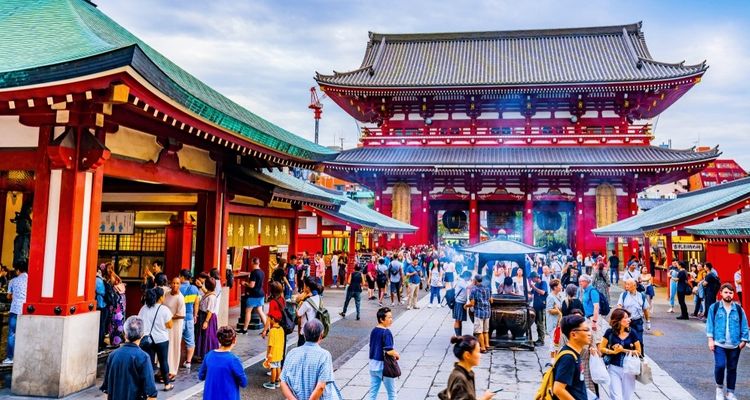 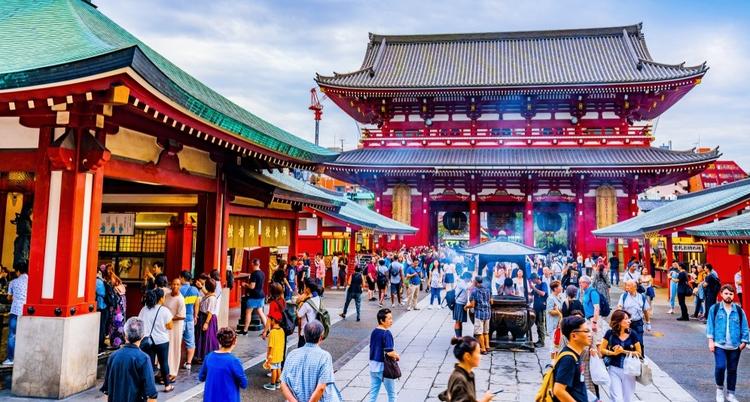 50 Things to Do in Ueno and Asakusa: Shopping, Dining, Temples, and More!

The Ueno and Asakusa area is one of Japan's representative sightseeing areas, thanks to how easy it is to get there from both Haneda and Narita airports. There are many famous spots listed in guidebooks, notably Senso-ji Temple and the museums of Ueno Park, and it offers a variety of cultural experiences both ancient and modern. If you're going to visit TOKYO SKYTREE, here are some places in the nearby historical areas of Asakusa and Ueno to also check out.

Ueno Zoo is the oldest zoo in Japan and is a popular sightseeing spot for people from all over the country. A monorail runs through the wide park so you can easily enjoy the entire day there. The most popular attraction are the giant pandas donated from China. The line to take in how cute they are never ends.

If you're a fan of zoos or animals, here are some of the top zoos in Japan that you ought to visit.

After the war, candy (ame) was a luxury item, and it could be found in this area because it flourished as a black market. It became known as Ame-shi, or Ame City. Now there are more than 400 stores all linked together. It gets especially crowded at the end of the year when people do their shopping for the New Year's meal there. The scenery of the assertive shopkeepers and the haggling customers is a famous sight.

Ueno sits in the center of Tokyo's traffic network, so it's a place where many people come and go. Because of that fact, the first and now-oldest park in Japan was created there. In that 500,000 square meter space, there are natural features like a large lake and a forest and also places where you can enjoy art like an art gallery and a museum. Inside the park, there is a Starbucks so you can take a walk around the park with coffee in one hand. When the cherry blossoms bloom, the park is full of people day and night.

This region of resturants is not far from Ueno Station. While the majority of customers are salarymen and middle-aged men, recently it's become known as a sightseeing spot so young women and tourists have increased. There are many places that are open all night where you can enjoy B-class gourmet meals like motsuyaki and yakitori. Thanks to those places, the sight of people walking around with completely red faces is very Ueno-like.

Asakusa also has a thriving izakaya/bar scene. If you happen to be closer to Asakusa Station than Ueno Station, maybe check the places in the below article out?

This French restaurant has continued business within Ueno Park since 1876. As the origin of French cuisine in Japan, it became a place of high society where many high-class people would gather. Its charms of being able to see the four seasons as well as its traditional style of French cuisine has earned it years of fans. Japanese homepage: http://www.seiyoken.co.jp/

Kan'ei-ji was built in 1625, and is a temple well-known for being a place where the Tokugawa family often slept during the Edo period. It was formerly a huge temple that took up all of Ueno Park, and currently the five-storied pagoda and the Kizyomizu Kannon-dou have been designated as national important cultural properties. They're precious cultural assets that escaped the firebombing during World War Two.

This fashion building is very popular with the locals because it's easy to buy fashion items for people of all ages at reasonable prices. Out of the 70 or so shops that are in the building, the most conspicuous stores are those offering gyaru fashion. It's an easy place to buy the latest Japanese trends.

This park, now designated an important cultural property, was once the residence of the owners of a huge conglomerate. The building on this property was built in 1896. In this park there is a Western-style house, a Japanese-style house, and a Japanese-style garden. There are plenty of cherry blossoms and ginkgo trees so the view changes with the seasons.

This shrine located in Ueno Park is where Tokugawa Ieyasu is enshrined. As expected of the shrine where the representative shogun of the Edo period, you can appreciate its Edo-period architecture. You can enjoy the sight of peonies blooming in the spring and fall in the garden adjacent to the shrine. There is also a large camphor tree that is over 600 years old that has gained popularity in recent years due to its reputation as a power spot.

Befoe visiting Ueno Toshogu Shrine, however, it's worth doing a little research into Japanese shrines. This is where the following article comes in handy!

Asakusa, a region that has deep bonds with the local people, has been spotted with bathhouses for centuries. The especially famous Jakotsuyu has been beloved since the Taisho period, and has the mural of Fuji-san that is now considered typical of bathhouses. It might be fun to mingle with any locals also at the bath as you take your time soaking in the hot water. Japanese homepage: http://www.jakotsuyu.co.jp/index.html

On Asakusa's Nakamise-doori, you can walk around the historical sights while enjoying some Japanese-style sweets. There are many stores offering treats like fried manjuu, ningyoyaki, imo youkan, and other snacks that tourists and locals alike line up for. There are many items that will keep for days, so they're suitable for souvenirs.

Sakura Hostel is a lodging area made for backpackers. There are bilingual front staff available 24 hours a day, and they also accept same-day walk-ins as long as space is available. It's famous for gathering travelers from all around the world, so you might have a wonderful meeting with someone you never expected while you're there.

For a greater selection of low-price accommodations in the Asakusa and Ueno areas, take a look at our article below!

Since you've come all this way to Asakusa, won't you try wearing a kimono and taking photos? There are many photo spots in Asakusa thanks to its stone-paved roads and red-lacquered buildings. You can rent a kimono with all the necessary items for just 5000 yen plus tax. You can also take it out for photos!

This traveling theater bus unfolds a show around you featuring time traveling ninjas and samurai as you go around the famous spots in Asakusa such as Kaminarimon and Skytree. This service only began selling tickets in March 2015, and it's created a stir in the Japanese media. The bilingual DJ narrates the show so it's a very popular experience for foreign tourists as well. If you have an interest in staying in a Japanese love hotel, you should check out Khaosan World. In spite of the surprisingly reasonable price, each room has a different theme to make every room unique. The rooms also have various interesting features like round Jacuzzis and mirror-plated baths that you don't often see in hotels.

If you're looking to stay in a more standard business hotel, Asakusa/Ueno has plenty of those as well! Check out this article for a list of recommendations:

A 300m shopping street that runs through the center of Asakusa, it was formerly a a district where large numbers of famous performers would appear at the exhibition venues and theaters that lined the street. Throughout the town you can find celebrity autographs and statues of people considered comedy gods, giving it even today a nostalgic feeling of that time's pleasure quarters. You can still see street performers there.

Asakusa Mugitoro is a Japanese restaurant that opened in 1929. The wazen meal made with tororo from high-quality yams is very popular. There are plenty of private rooms as well, so it's a popular place for formal events. You should definitely try the special-made karintou as an omiyage.

Such vibrant neighborhoods as Ueno and Asakusa naturally have countless eateries. Click here for a list of recommendations, spanning various Japanese and Western cuisines!

This is a private art museum in Asakusa that exhibits Japanese culture. The first floor is a museum shop offering miscellaneous Japanese-style goods and traditional handicrafts. The 2nd and 3rd floors are galleries and exhibition rooms. It's not just traditional artworks like ukiyo-e and calligraphy that are displayed, but also a huge number of antique lifestyle goods. Using the idea that "it'd be a waste," they also display pathed up cloths and old clothes that would normally be thrown away.

This is an information desk in front of Sensoji for the many tourists that flock to Asakusa. You can get all sorts of information in English, Chinese, and Korean, so if there's anything you need to know, it's a good place to stop by. The viewing platform on the 8th floor is a little-known excellent spot where you can see a beautiful view of Skytree.

This is a spot loved by the area's residents due to it being one of the most famous landmarks in not just Asakusa but also in Japan. Its history goes back to the year 628, and ever since then it's been a spot where people visiting Asakusa simply can't miss. It's good to wander around there to learn about Japanese history. You can also take a lot of fun photographs with the five-storied pagoda, the Kaminarimon gate, the oowarashi sandals said to be worn by Buddha, as well as the statue of Buddha itself. It's an area that you can enjoy in many ways.

One thing to do when paying a visit to any shrine is to pick up a good-luck charm. One particular type of charm is said to grant luck to your love life, and we've compiled a list of 30 shrines and temples whose love charms are particularly worth getting:

Next： No.21-40 Further exciting spots and activities in Ueno and Asakusa area