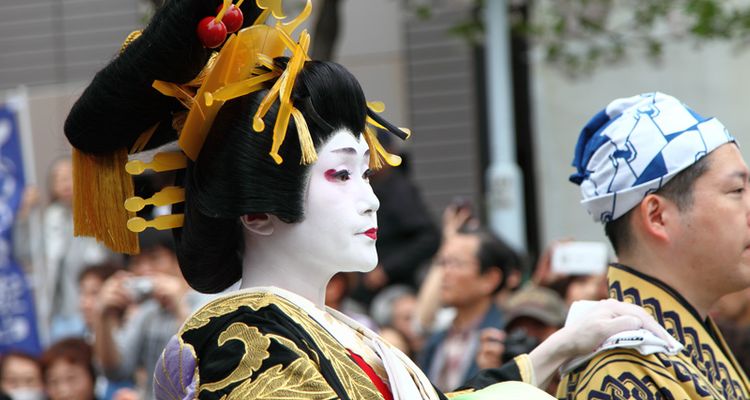 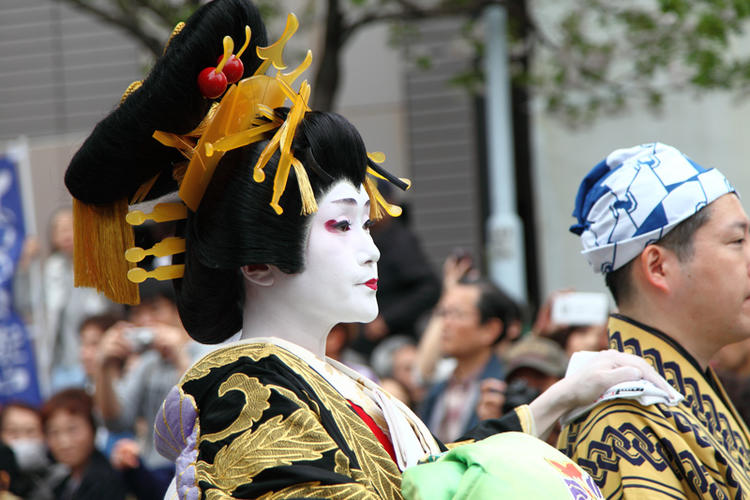 20 Facts You Did Not Know About Oiran

Have heard of the word "Oiran" but have no clear idea what it is? Here are 20 facts to enlighten of the unique culture of Oiran!

Yoshiwara is an area that is now known to be near Nihonbashi (日本橋). Yuukaku was the government-confirmed block for sex workers. Among all the sex workers there, the oiran was the highest ranked sex worker.

2. The word oiran comes from shortening the sentence "Oira no tokoro no nee-san" (おいらの所の姉さん).

There are other theories on the origin of the word oiran, but one theory comes from the sentence above said by the girls working for the oiran. It roughly translates to "the older sisters of our place." Eventually, the word became fixed to refer to the highest ranked sex workers in Yoshiwara yuukaku.

A harimise is a type of brothel where the sex workers would line up behind bars, as shown in the image above. Customers would choose which sex worker, or yuujyo, (遊女) they want. Oiran did not work here. So how do you receive the services of the oiran?

4. To call an oiran, the customer must use a tea house, chaya, (茶屋) as a mediator.

And not just only ask the tea house, they had to spend a lot of money there beforehand. They had to prove that they had enough money and power to play with the oiran. Then, they had the right to call for an oiran.

5. When an oiran was called for service, she would walk with her kamuro (禿) and shinzou (新造).

6. To receive the service of the oiran, the customer had to meet her at least 3 times.

First, the oiran would sit far away from the customer, and did not eat, drink or talk with him. At this time, the Oiran would decide the customer was worthy of her service. The customer will call a lot of other yuujyo and partied hard to show their wealth.

7. For the second meeting, the oiran would sit a little closer to the customer.

And that's it. The procedure would be the same as the first time. The oiran did not eat, drink, or talk with him. The customer would call other yuujyo, party hard and again display his power and wealth.

8. For the third meeting, the oiran would do her service.

At the third meeting, the customer would become a najimi (馴染み), meaning a familiar customer. The customer would have a tray and pair of chopsticks with his name on them. They had to pay a najimikin (馴染み金), or money for oiran's service.

9. The oiran had a higher social rank than the customers.

As you can deduce from above, the oiran chose her customers, not the other way around, which was how it was with normal yuujyo. At banquets, Oiran sat in the kamiza (上座) and the customer sat at the shimoza (下座). In Japan, the person with the higher social rank sits in the kamiza. However, this distinction only applied inside the Yoshiwara yuukaku.

If you wanted to spend some time with the oiran, you had to contact someone in between. This person was called a yarite (遣手). This was applied not only to oiran, but to yuujyo in general.

11. Kamuro (禿) were girls that did every day chores for the oiran.

The girls were around 10 years old. They did everyday chores of the yuujyo in charge, who would then educate the kamuro about yuujyo. The kamuro are the girls on the left and right in the image shown above.

There are 4 types of shinzou. Bandou shinzou (番頭新造) were girls that were not too attractive to become a yuujyo, or yuujyo that are too old for their job. They took care of the oiran. Furisode shinzou (振袖新造) were yuujyo trainees around the age of 15-16. They did not take customers. Furisode shinzou became oiran in the future. Tomesode shinzou (留袖新造) were the same age of the furisode shinzou, but did not had the future of becoming a high grade yujyo. They took customers. Lastly, taiko shinzou (太鼓新造) were yuujyo that didn't have many customers for sex work, but were very good at entertaining customers with their talents. They showed their talent at banquets.

They started with being kamuro, then furisode shinzou, and finally an oiran. Not everybody could become an oiran. They had to be physically attractive, tough and smart.

14. Girls and women were scouted from all over Japan to yuukaku.

The people who scouted the girls and women in the yuukaku were called zegen (女衒). The girls and women would receive the money they would earn in the year in advance. Yes, it was called scouting, but it was basically human trafficking.

15. Yuujyo invented their own accent.

Since the Yuujyo came from all around Japan, they invented an accent called kuruwa kotoba (廓詞) to hide their hometown accent. A well-known phrase would be arinsu (ありんす) which was said at the end of the sentence.

16. To become an oiran, you had to be cultured.

17. To become an oiran required a lot of money and time.

As I have stated above, investing a girl to become an oiran required a lot of money. Even when a woman became an oiran, she had to pay her kamuro, shinzou, her own place and to maintain her looks. Being and playing with an oiran was not for the peasants.

18. The hairstyle of the oiran is called the datehyougo (伊達兵庫).

They would wear these geta, which were called a sanmaiba geta (三枚歯下駄), during the oiran douchuu. With these geta, they would walk in the Hachimonji style (八文字). Hachimonji was a way of walking where you put the foot inside when you make a step.

Many people confuse oiran with geisha, or the other way round, but they are totally different things. Being a geisha is a job where they entertain guests at banquets with traditional Japanese singing, koto or shamisen performances, and so on. An oiran is a high ranked sex worker in the Edo period.