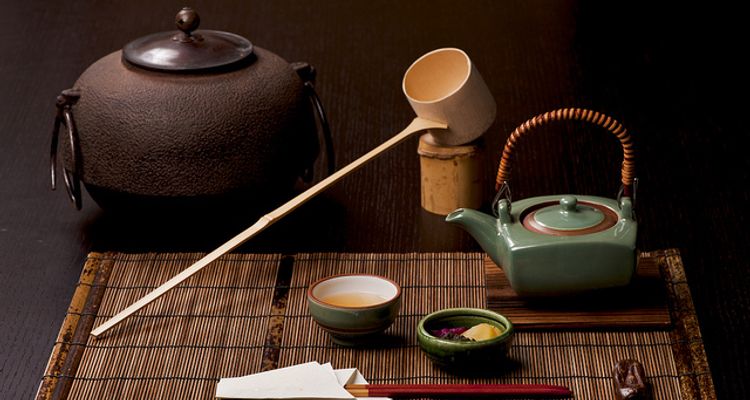 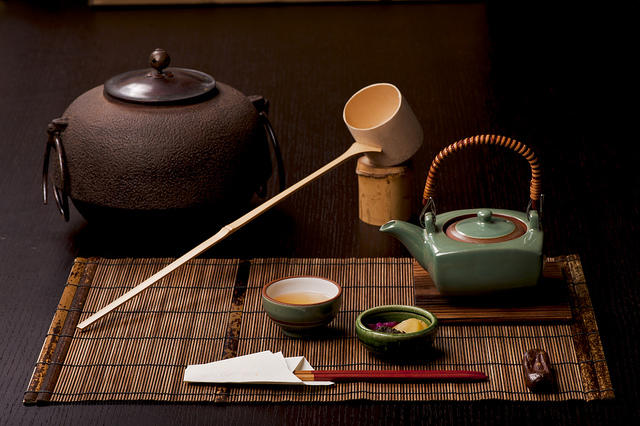 Sado is a traditional and artistic culture of enjoying tea in Japan. Let us encounter the deepness of Sado, through discovering the history and tradition.

Sado, the Japanese traditional tea ceremony, refers to serving tea to guests in a designated style. The tea drinking custom was introduced to Japan from China in the Heian period (9th~12th century).

Originally, the tea ceremony was called "Cha no yu" or "Cha no michi". The original style was different from the current "Sado" and tea similar to the present-day oolong tea was served, not green tea. From the beginning of the Edo period, 17th century onwards, the tea ceremony began to be referred to as "Sado". A profound figure in the world of tea, Senno Rikyu established "Wabicha" and added a new dimension to the tradition. This lead to the present-day Sado using maccha, a beautiful deep green, bitterish taste tea. Sado has a set of rules and etiquette called "osahou", from the way you sit and how you stand, to how to serve tea. The server follows the rules one by one in order through the ceremony.

In Japanese Sado the tea set, the tea room and the process tea serving altogether is referred to as composite art.

Here, the following video will  introduce the process of Japanese traditional tea ceremony.

Nowadays, Sado is not a common ritual in the Japanese every day life any more, but it is still an important part of Japanese traditional culture and art. You can learn "osahou" and the histroy of Sado at culture centres and Sado classes. In Kyoto, there are many shops and classes where you can enjoy Sado. Below are some recommendations. How about trying out Sado when you come to Kyoto? At first it may feel a little uneasy, but experiencing Japanese tradtion will definitely make your time in Japan a very memorable one.