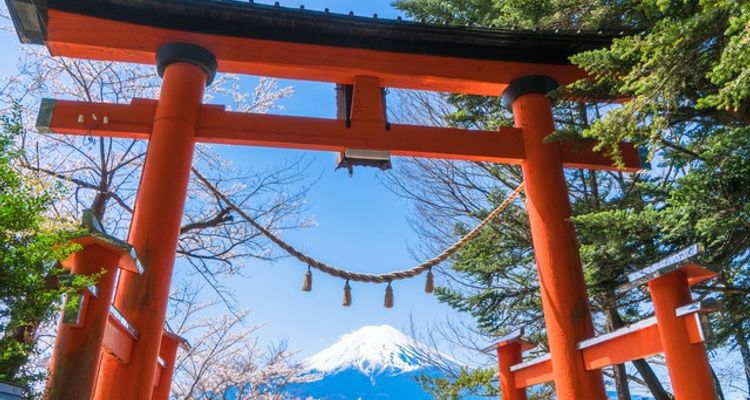 Japan is a country home to many religions. But have you ever heard of the religious culture that started in Japan? Here are 17 facts to enlighten you on Shintoism!

1. Shintoism or Shinto (神道) in Japanese, is a Japanese religion.

Shintoism was born in Japan, from folk belief and nature worship in small villages in Japan. It gradually grew across Japan and was institutionalized as a religion called Shintoism.

Jyoumei Seichoku is a word that can be broken down to 4 components; Jyou (浄), Mei (明), Sei (正), Choku (直). Jyou means to be clean, Mei means to be bright, Sei means to be honest, and Choku means to be on the right road. It also thought that bad things (Kegare - 穢れ) come from the outside.

3. Shintoism is a polytheistic culture.

Gods of Shintoism stretch from ancestors of the family, he region, people who died a tragic death, or made a great achievement to the world, ancient gods from old texts, nature itself, the weather, terrain and so on. There are so many gods in Shintoism, there's a phrase called "Yaoyorozu no Kami" (八百万の神) in Japanese. Yaoyorozu means 8 million.

4. In Shintoism, nature and god are viewed as one.

From old folk belief in small Japanese villages, various aspects of nature, and nature itself was worshipped and believed to be a god. For example, a mountain itself would be worshiped as god.

5. In Shintoism, gods are close and familiar beings.

Shintoism's gods are considered to be guardians of the people. They give life tips or help them a little in living with the brutal force of nature. There are some gods that cause mayhem, but most gods are peaceful.

6. In Shintoism, people can be worshipped as gods. When people die in a tragic way, it is believed that they might cause harm in the real world from grudge. To avoid this, they worship them as gods in Shintoism. Also, people who did great things for Japan can be worshipped too.

Ujigami is a god that is worshipped by the people living in a certain region. By worshiping this god, people prayed for the god to guard the region. Believers of Ujigami are called Ujiko (氏子), and shrines that worship Ujigami are called Ujiyashiro (氏社). Ujigami worship is seen all over Japan. A famous example of Ujigami worship is Itsukushima Shrine in Hiroshima, which is shown in the image above.

8. There is no holy text in Shintoism. Since Shintoism started off from folk belief and nature worship in small villages, Shintoism doesn't have a clear holy text written down like the Bible in Christianity. Instead, "Kojiki" (古事記), "Nihon Shoki" (日本書紀), "Kogo Shuui" (古語拾遺), and "Senmyou" (宣命) are considered model texts. These texts are called Shinten (神典). The image above is a page from the Kojiki.

9. There is no clear founder of Shintoism.

In Christianity, there was Jesus Christ. In Shintoism, there is no prophet, or founder. Instead, from the Nara period, Shintoism was reconstructed with Buddhism as one religion. This situation changed in the Meiji period, where they blended the worship of the emperor with Shintoism. This Shintoism is called Kokka Shintoism (国家神道). When World War II ended, Kokka Shintoism faded away. Nowadays, we have Shintoism that takes place in shrines, which is called Jinja Shintoism (神社神道).

10. In Shintoism, rituals called Saishi (祭祀) are a way to connect people and gods. There are 11 types of Saishi performed in Shintoism. By performing these rituals, people show their devotion to the gods and receive guardianship or prosperity in return. These Saishi are also called Omatsuri (お祭り).

11. Saishi are performed at Shinto shrines. In Japanese, a Shinto Shrine is called a Jinja (神社). Any kind of Saihai are done at the Jinja. The Jinja is considered a sacred place, and doing wrong there, such as littering or stealing things is considered a taboo. Famous Jinja are Meiji Jingu in Shibuya (明治神宮), Yasukuni Shrine (靖国神社), and Fushimi Inari Taisha in Kyoto (伏見稲荷大社).

12. Saishi are done in 3 compositions.

It goes like this: Yoisai (宵祭), Shukusai (祝祭), and Gosai (後祭). Yoisai is a ritual to welcome the god. Shukusai is to celebrate the existence of the god. During the Shukusai, drinking excessively and making a racket is considered a good thing. It is believed that the more the people enjoy themselves, the happier the god is. The Gosai is a ritual to see of the god. Besides the ritual, many Shrines hold other events like letting street stalls open along the entrance and around the Shrine, light fireworks, and so on. Along with the religious side, Saishi has a place in people's hearts as an event to go out and enjoy themselves.

15. The entrance of the Jinja has a gate called a Torii (鳥居).

A Torii is built to show the beginning of a sacred place of the Jinja. It is believed that the god enters and leaves through a Torii. People visiting the Jinja must go through the Torii too. Shinshoku are people who coordinate the Saishi, daily duties of the Jinja and service the god of the Shrine. They are all male. Miko are women who do the same duties as the Shinshoku. The image above are of Miko.

17. There are manners for visiting a Jinja.

For more information, please view the video above. Needless to say, it is strictly against manners to vandalize or steal any object or piece of the Jinja. Pay respect!

From here on, I'll introduce the 3 Jinja I've mentioned above. Meiji Jinguu is located in Shibuya, Tokyo. It worships the Meiji emperor and the Shouken Empress. It has the most Hatsumoude visitors on New Year's. Official site in English here.

Yasukuni Jinja is located in Chiyoda-ku, Tokyo. It worships the soldiers who were involved in the Meiji Restoration and those who fought and lost their lives in battle since 1853. Official site in English here.

Fushimi Inari Taisha is located in Fushimi-ku, Kyoto. It worships Ukanomitama (ウカノミタマ), which is a god that appears in Japanese mythology. It is famous for the number of Torii that are placed closely together. Official site in Japanese here.