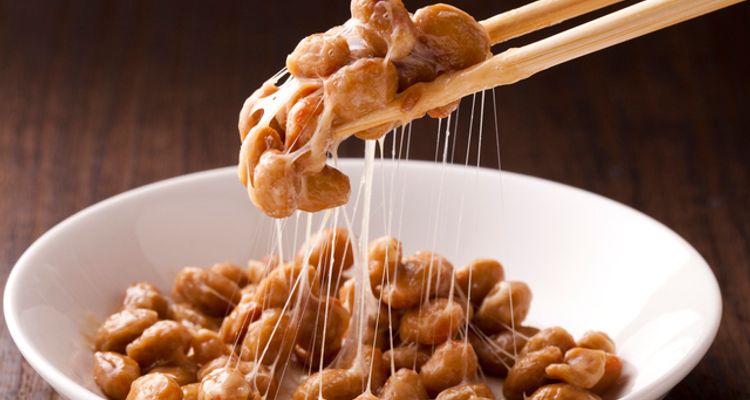 The Correct Way to Eat Natto, the Delicious Japanese Superfood

Do you know about "natto"? It refers to Japanese fermented soybeans. Due to its unique stickiness, texture, and taste, it is a food that many people don’t like. However, not only is it healthy and nutritious, but there are many people who eat it every day in Japan! This time, we’d like to teach you the correct way to eat natto so that you can thoroughly enjoy one of Japan’s most traditional foods.

Below, you'll find text and images that explain everything. The explanation includes points that aren't in the video, so please read through it!

According to the oldest tale surrounding its creation, it was thought up somewhere around the 10th century BC and the middle of the 3rd century AD. It is believed that it started getting sold as a product in the Edo period (1603 – 1868), eventually becoming a standard part of the Japanese breakfast.

Today, you can buy 3 packs of natto for approximately 100 yen at places like supermarkets or convenience stores in Japan. It is extremely popular as a healthy delicacy, possessing plenty of Vitamin K, soy protein, and dietary fiber. Since it is a fermented food, it does give off a special smell that comes from the bacteria, which people clearly either like or dislike.

There are several types of natto, which are distinguished by the soybeans' size, variety, processing method, etc.

From the left, you have natto with different-sized soy beans: Large-type, medium-type, and small-type.

There's even natto that's been put into a cup to make it easier to eat!

On another note, there’s another type of natto called “hikiwari natto” that’s quite famous. It is created by pulverizing the soybeans prior to fermenting them.

How to Consume Natto

First, open up the package and take out both the special sauce and Japanese mustard packs.

Tear off the clear film that's on top of the natto.

Add in the special sauce and Japanese mustard.

Mix it all together again.

Eat it together with rice. It also tastes good if you eat it by itself!

How to Take Off the Clear Film

Natto is extremely gooey and sticky, so if you aren't careful, your hands will quickly get dirty while taking off the clear film. To prevent that, we'll be teaching you some methods for taking the clear film off without dirtying your hands!

Open the package and grab the clear film.

Move your hand in circles, gathering the strings of natto.

Lay it on the package's lid.

Slide the film until it protrudes out from one side of the container.

Close the lid, and then pull the film out.

Prepare disposable wooden chopsticks (not yet split) and open the package.

Stab the chopsticks into the film.

Twist them around to remove the film.

If you don't like the smell of natto, it is recommended to top it with something. Not only does adding various ingredients or seasonings make it taste better, but this can also slightly mellow out the unique smell of natto.

Standard toppings include (from the left of the above picture) green onions, katsuobushi (sliced dried bonito), kimchi, and raw eggs.

Japanese people add either the whole raw egg or only the yolk, but for people from countries where consuming raw eggs isn’t a normal occurrence, trying this with a sunny-side up egg might be a good start.

There are many other ingredients that go well with natto. For example, try it with ingredients like wasabi, cheese, mayonnaise, nori (seaweed), perilla leaves, or umeboshi (pickled plums). Pepper or tuna go great with natto, too!

Another common way to eat natto is by adding your chosen ingredients and then mixing it well with soy sauce instead of the special sauce or Japanese mustard that comes with the package! Find the toppings that suit you and try eating natto the right way – it’s sure to taste delicious!

Surprisingly, natto goes well with not just rice, but also bread and pasta. Challenge yourself by giving it a try!

o-dat
I currently live in Tokyo. I like history, and collecting information on food or events is my hobby. I'd like to share more info on Japanese cuisine to the rest of the world!