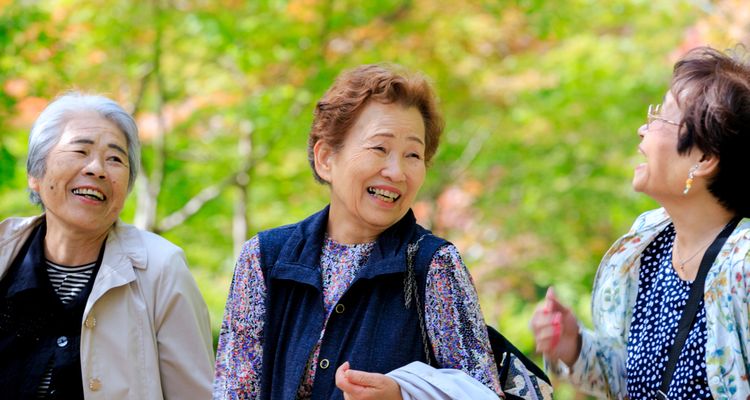 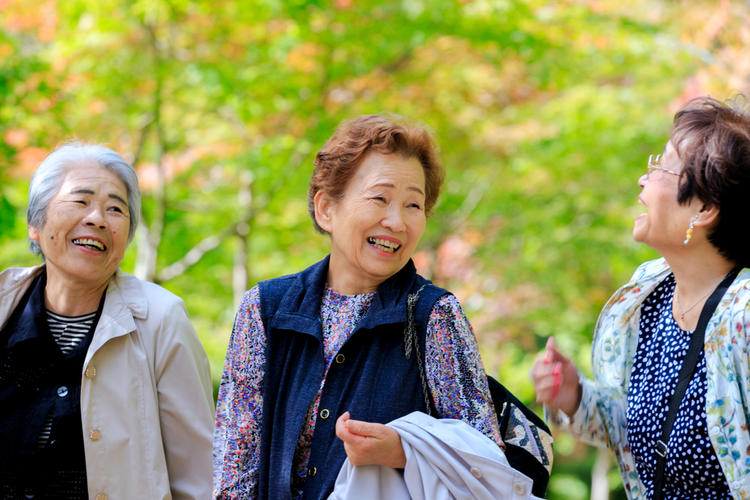 Why Do Japanese People Have Long Lifespans?

Japanese people are known for their long lifespans, but did you know that Japan is home to 5 of the top 10 oldest currently living people in the world? Looking for answers why will turn up results like diet and lifestyle, but are there some other lesser-known factors that account for Japanese people’s tendency to live long healthy lives? Today we will be taking a look at how and why Japanese people longer.

It’s About What They Eat and How Much

Harvard Medical School provides a list of 10 items to keep in mind in order to live a long life. These 10 can be reduced to three main fields: diet, exercise, and social interaction. Let’s begin by taking a look at how the Japanese diet plays a large role in their extra-long lives.

Many people who have been to Japan will remark on how slim and fit Japnese people are. And it’s true, Japan has one of the lowest obesity rates in the world at a mere 3.5%. Compare this number to countries like the UK and the US where those figures reach 25% and 32% respectively.

On average, Japanese consume 50g of sugar daily, which is still higher than the recommended 30~35g limit, but compare this number to Americans and Europeans who consume somewhere between 70 to 100 grams per day, and the difference is clear why Japanese are able to stay slim.

Another interesting number to consider is the daily average intake of calories per person in Japan. At about 2700 calories per day, this is almost 1000 calories fewer than the US and Europe which range from 3800 to 3500 calories per day on average. Taking into account the numerous health risks associated with obesity (heart disease, diabetes, stroke, etc.) it is not surprising that Japan’s population is healthier and lives longer from eating less and consuming less sugar.

One could argue that another big reason why people are skinnier in Japan is the Japanese diet focuses more on healthy foods, as for example in place of beef, fish is a much more common source of protein. Farmers markets with local fresh produce are also not uncommon throughout the country, and oftentimes these markets will not only have fresher vegetables than what you can buy at the supermarket but they will also be cheaper, making it a win-win situation if there happens to be a farmers market close to where you live.

Furthermore, even if you aren’t buying your food from local vendors, it’s still fairly easy to get a variety of more healthy options in Japan as compared to other countries. Japanese convenience stores, for example, will often offer and range of fresh vegetables, salads, noodles, and fish related bento boxes, whereas convenience stores in other countries tend to carry mostly salty or sweet junk food or fried food. If you are in a rush and are looking for a bite to eat, just having the option to eat healthier makes a huge difference.

In addition, Japanese drink copious amounts of green tea, and it’s the most popular item in vending machines. Full of antioxidants that are said to reduce the risk of cancer, green tea is also said to improve brain function and help burn fat. According to statistics released in 2010 by the Japanese Ministry of Health, Labour and Welfare, Shizuoka and Kagoshima prefectures, the two largest producers of green tea in Japan, have an average life expectancy of 86 for women and just shy of 80 for men.

Fermented foods are consumed in a larger quantity in Japan than in many other countries, and the beneficial bacteria that are included in fermented foods have been shown to promote gut health. Although it is common to find fermented foods all over Japan, usually included as a small side dish to most meals, places like Nara are famous for their tsukemono (Japanese pickles), Ibaraki for natto (fermented soybeans), the Kanto region for akamiso (red miso), and the Kansai region for shimiso (white miso).

We can’t only attribute Japanese people’s health and longevity to food however, as staying active long into old age is another hallmark of elderly Japanese. Research shows that this is key to a long life, and an active lifestyle is important for another reason, as it doubles for social interaction.

In another study by the Harvard Medical school, results from an 80 year-long period of research suggests that staying socially active and connected is great for health overall, moreover, isolation and loneliness seem to be early killers, resulting in both declines in health and brain function.

The Japanese government actively encourages its citizens to pursue a second career after retirement or to wait to retire beyond the average age of 62, all in a bid to keep people active and healthy. Many of the oldest people in Japan are active farmers, living in the countryside and performing physically challenging work well into their 80s.

On the social side of things, although the nuclear family has become more normal in Japan during the last few decades, it is still not uncommon for elderly family members to live with their children and grandchildren in the same household. Having the support of family and stimulation from family interactions helps the elderly people stay healthy and live longer.

Diet and exercise are great for staying healthy, but unfortunately, illness and disease are sometimes unavoidable. Luckily for the Japanese though, in Japan there is easy access to one of the best health care systems in the world and there are a variety of ways to receive treatment. Moreover, 10% of the Japanese GDP is dedicated to healthcare.

To top it all off, there have even been incentives from the private sector to maintain good health well into old age. A bank in Matsumoto (located in Nagano Prefecture and home to the longest living people on average in all Japan) offered higher interest rates for savings accounts to senior citizens who confirmed getting a health check-up three years in a row. This kind of push toward preventative medicines has seen great results and a rather low healthcare cost per capita in Nagano.

There is also the argument that Japanese genetics play a factor in their longevity. The genotype ND2-237Met and DNA 5178 gene are both associated with longevity and are found in a high percentage of the Japanese population. These genes are said to protect against adult-onset diseases such as type 2 diabetes, as well as brain and cardiovascular diseases.

Some have argued that due to the changes in lifestyle over the past few generations (predominantly the westernization of some aspects of Japan), Japan may no longer be home to as many supercentenarians (people who live beyond the age of 110!) as it has seen in the past.

Having said that, Japan is still number one in longevity worldwide. So, whether it comes down to diet, society in general, or health care and genetics, there is undoubtedly a lot to be gained from emulating these Japanese methods for a long life.