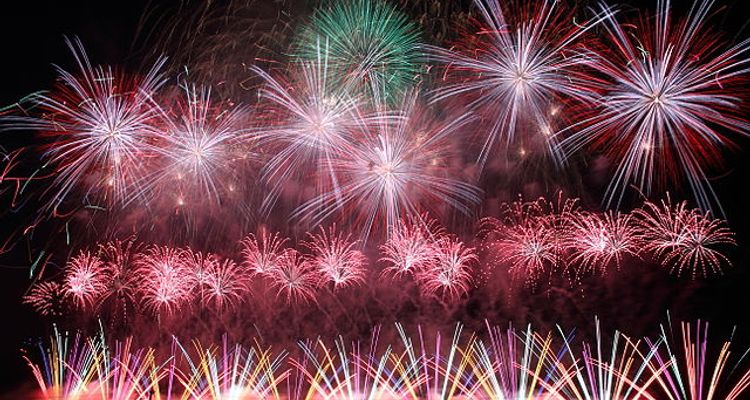 15th: The large number and variation of deodorant products You can easily buy deodorant products at Japanese convenience stores. In the hot, humid Japanese summer, it has been required goods for women in terms of etiquette for a long time now but recently it's also caught on for men, too.

At the miscellaneous goods store Loft in Shibuya, there are more than 50 kinds of deodorant products alone. That alone tells you how much deodorant is bought here.

Actually, one of the major makers of men's deodorant, Mandom, had researchers certified in the science behind bad smells sniff 200 men's heads and armpits in a year while they were developing the products. Would you be able to handle smelling 200 people in a year?

Internationally, there are many kinds of noodles but there isn't much of a custom of eating them cold.

However, this healthy dish made of cucumbers, eggs, ham, ginger, and other such ingredients, complete with chilled noodles, makes it a prefect food for the hot Japanese summer.

It's said that hiyashi chuuka was originally made in the shape of Mt. Fuji. Because of that rumor, you'll usually find this dish in that shape.

It seems like there aren't many overseas, but in Japan there are people who keep rhinocerous beetles and stag beetles as pets. Kids often catch and keep them over their summer vacations.

In Japan you can buy rhinocerous beetles at insect shops and they even sell nutritional food (insect jelly) specifically for the beetles. The current shape of the mosquito coil that has gotten popular was developed by Kincho in 1980.

Before then, the anti-mosquito incense was sold in sticks but they would break during transport. Also, they would only last for 40 minutes.

During that time, the wife of the Kincho founder said, "why not make it coil?" And with that one phrase, the mosquito coil was born.

With the introduction of the coiled shape, it no longer breaks in transit and it can be used for up to 7 hours. Japan has a lot of water slides and wave pools.

Starting with Tokyo's Toshimaen and Mie-ken's Nagashima Spa Land, water parks have flourished around the country and now they've become extremely busy as young people and families go to enjoy the summer.

What particularly surprises foreigners is that when it becomes time for the employees to clean the pool, no matter how many people enjoying the water, everyone leaves the pool at once. The pool workers check the pool well for any stragglers, but Japanese people leaves and watches the workers do their job. During summer vacation, it's a custom to wake up early (generally around 6:30AM) and gather in a neighborhood park or school to do radio exercises.

Radio exercises are exercises that everyone knows done in tandem with music.

Is there a custom in your country where everyone, from children to the elderly, get together to exercise?

Edamame have become popular around the world lately. Salt-dusted edamame goes particularly well with liquor, so everyone loves this snack. It's said that even Beyonce loves edamame.

Did you know that edamame are the young beans that grow into soy beans?

Because edamame grow into soy beans in a matter of days, the taste will change after just two days of the best harvest date. If it's passed that date, then the quality of the crop drops to B-level. It's said that the best time to harvest edamame is when the skin is 8mm thick, so Japanese farmers harvest them while ascertaining the thickness in millimeters. The reason foreigners like Japanese beer so much is the smoothness of the head.

Japanese beer makers are particularly careful with the flavor of the head. Once beer meets the air and oxidizes, the gas disappears, so the head works as a cap to prevent that from happening.

It's also a characteristic of Japan to only serve extremely chilled beer. In restaurants, they even put the beer glasses in the freezer to make sure the beer is served as cold as possible. Windchimes are a seasonal item used in Japan to help feel cool. In the hot summer, the gentle chimes helps everyone feel calm.

Actually, the open part at the bottom of the windchime holds the secret to the gentle sound.

The opening of the chime isn't smooth, but rather rough. The roughness is what gives it a gentle sound when the stick hits it.

The roughness of each windchime differs from each other, so all of them have subtle differences in sound. 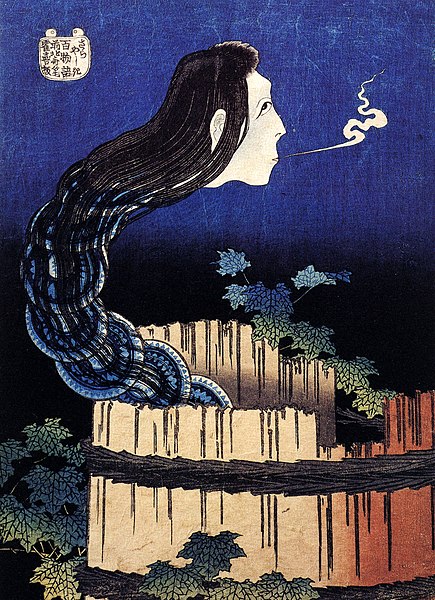 In Japan, there is a custom of listening to ghost stories in order to cool yourself down.

This may be something of a mystery to foreigners.

Actually, the origin of these ghost stories is related to the Japanese holiday Obon. During Obon, you honor the spirits of your ancestors, and it usually falls between August 13th to 16th.

It was said that during Obon, the spirits of the dead would return to earth, so ghost stories started to scare people in order to make them remember their ancestors that had passed away. The representative sweet of the Japanese summer is kakigoori. Though there are many dishes that use ice around the world, Japan shaves the ice very finely in order to make it fluffy like feathers.

That fluffiness is something Japanese people are particular over.

The ice is shaved so that it will melt slowly, but as it's shaved it piles up and air enters between the pieces of ice so that the whole creation becomes fluffy.

Even in such a representative dessert like kakigoori, there are many flavor variations such as strawberry, Blue Hawaii, cola, ramune, melon, lemon, orange, green tea, Calpico, red bean, and more. That's another reason why kakigoori is so popular.

Among popular cold dishes, soumen is especially popular in summer.

Actually, in comparison to other noodle dishes, making soumen is particularly difficult. It can take up to 2 years to make.

The reason is in the way soumen is made. Pasta is kneaded into shape, soba and udon are cut from dough, but soumen is made by methodically pulling the dough.

First, wheat flour is kneaded with salt water, and after it is made into a belt shape, it's pressed into a coil-shaped mold. The surface is coated with oil so it won't dry out, and then it is left alone for three hours (it's said that this "resting time" is so that the dough will mature).

After those three hours, it's turned and stretched, then left for another hour to mature

Then it's put into another machine to be lightly stretched, then once again left for another 4 hours.

It can take up to 2 years for it to be stretched to the proper thinness and matured properly.

The reason it's matured for so long is because if it's pulled all at once it will break easily, but if it's matured properly then it won't. At the same time that that trick was developed, soumen also became as thin as possible.

When you think about all the work the soumen makers put into it, doesn't it make that dish taste so much more delicious? When summer vacation begins in Japan, there is always a Bon Odori festival in a neighborhood park. Everyone in the neighborhood, young and old, gather together to dance the "Bon Odori" dance.

According to a historian, the dance became as lively as it did because it was related to Ippen's dancing prayers (though there are other theories about the history of the Bon Odori).

It's said that Ippen brought the dancing prayer to priests 800 years ago, and they used that to spread Buddhism to the people.

The Bon Odori is practiced all throughout Japan. At the Gujou Odori in Gifu prefecture, between August 13th to August 16th, the dance starts at 7PM and continues all through the night until 5AM. It's a huge event that around 250,000 people take part in. The Tokushima Awa Odori is also extremely popular and every year sees a huge turn-out. This Youtube video has reached over 2,000,000 views from people all over the world because it's a must-see video that accurately displays the ambiance of these festivals.

It seems that a French journalist was moved by this passion and there are plans to hold an Awa Odori in Paris next May.

You can't forget to include yukata as a standard summer outfit. With beautiful patterns and colors, it's extremely popular with women. One way to enjoy summer is to put on a yukata and go to a festival or fireworks show.

Actually, if you wear yukata or other summer kimono properly, you will feel hot. However, the image of someone wearing yukata properly and holding a parasol in the sun helps the people around them feel cool. Actually, the sight of someone wearing a yukata makes people other than the wearer feel cool. Taking that into consideration, the yukata is a particularly rare outfit.

One of the main things Japanese people love about summer are fireworks.

Japanese fireworks explode in different shapes like hearts and also all kinds of colors. Japanese engineers mix the gunpowder in order to make any color that exists in nature. Also, the color of the fireworks can change halfway through. The firework called "kakeboshi" is one that is characteristic to Japan. For kakeboshi, many kinds of gunpowder are layered upon each other, and the moment the firework explodes, the colors appear in order from out to in.

What do you think? Japanese summers have their characteristic symbols and culture. Please try to come experience this at least once.

This ranking is reproduced from a Japanese TV program called "Korezo! Nippon-ryu!" on TV Asahi.