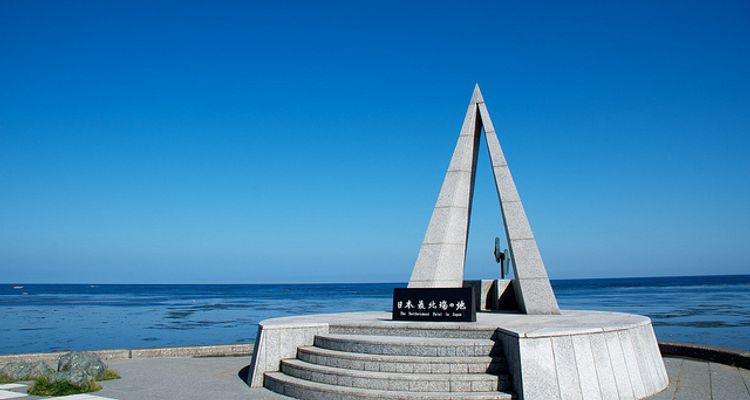 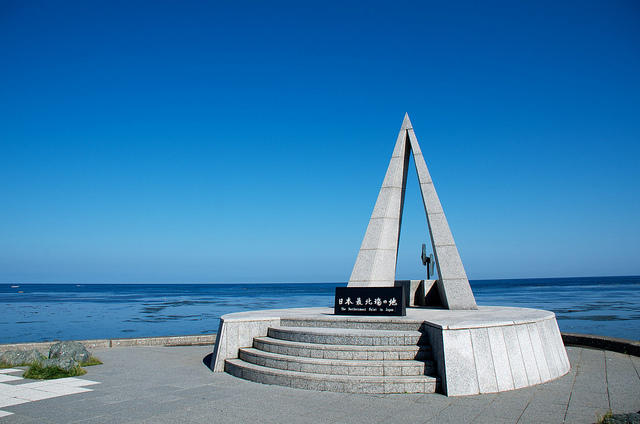 To The Northernmost Point of Japan! 10 Recommended Spots in Wakkanai, Hokkaido

Hokkaido is the northernmost prefecture of Japan, but Wakkanai city is the northernmost city of Japan. It is not the place where you can come very often, so you want to go around the city effectively. Here is the list of 10 recommended spots to visit in Wakkanai, Hokkaido. Cape Soya is the northern most point of Japan. The statue that stands next to the sea is a popular photo shooting spot. As if looking at the statue, standing beside it is the bronze statue of an explorer from Edo period, Rinzo Mamiya. A recommended time of a day to go to this place is in the evening when it's getting dark. All you see is a beautiful sky with the gradation of yellow, orange, and purple. The color changes over time and the breathtaking view will make you speechless. It will be a great shot. Soya Fureai Park is a spacious park in Wakkanai. During spring and fall, you can have a barbecue and go camping. During winter, you can do characteristic activities of Hokkaido such as riding snow mobiles, going snow rafting, and sliding on a huge slide made of ice. It is a great ski resort to take your kids to, as they have some moderate ski courses. Wakkanai Park is known as a landing zone of swans. From March to May and October to November, a few thousand swans come flying here. You will be overwhelmed by the number of swans and the sound. They look very lovely but it is prohibited to feed them as it runs the risk of harming their health. Many other birds come flying here apart from swans, so you can enjoy bird-watching throughout a year. Wakkanai Park is a great park to just walk around. In the park, you can learn some history of Hokkaido as you will find a few statues and monuments such as the monument dedicated to the Sakhalin Husky training for Antarctic Expedition. This park is also known as a great sakura viewing spot. There are roughly 800 sakura trees planted there, and you can enjoy viewing sakura in mid May, which is the latest sakura viewing you can do in Japan. Unlike the usual sakura flowers with 5 pedals you often see in other parts of Japan, sakura trees planted in this park are double cherry blossoms that bloom flowers with a lot of pedals. These flowers are pretty gorgeous.

Wakkanai West Coast is a must visit place if you traveling around Hokkaido with a car. A road facing Sea of Japan on the left is a great drive spot when it is clear. It is a fairly straight road with little traffic, so even if you are not too confident of your driving skills, there will be no problem. On this coast land, there will be a lot of rare flowers you don't usually find elsewhere such as Hamanasu which is a pure breed of Japanese rose, and Hokkaido Daylily. You can also see Mt. Rishiri, a mountain known for its Mt. Fujiesque beauty. Kitacolor is the station building of Japan's northernmost station, Wakkanai Station. The building is directly connected to the station so you won't be affected by the weather. There is a place called "Wakkanai Select" in the building. It has a lot of unique items such as crops and snacks produced in Hokkaido and bathing powder of Wakkanai Onsen (hot springs). You can try some great foods cooked with foodstuffs native to Hokkaido, such as soap curry, burgers, and fish and chips.

7. The Path of White Seashells There is "the white path" in Wakkanai. It is the last 2km of Soya Hill course which is one of the courses of the trekking courses called Soya Footpath. It is getting popular on social media because of how beautiful it is, but few people know that this path is made out of garbage. The white stuff they put on the path is actually disposed seashells. Other than walking, you may enter here with motorcycles or cars. This gigantic building that looks like a Greek temple is a waterbreak in Wakkanai. Its height reaches 14m and extends to 427m. Despite being a practical structure as a waterbreak, it has an artistic beauty in it. It gets even more beautiful when it gets lighted up at night or when snow candles are lit up in February. Its easily accessible location (10 min walk from the nearby station) is the icing on the cake. Wakkanai City Noshappu Aquarium is Japan's northernmost aquarium and houses fish and animals mainly habit in Northern part of the world. You can see peculiar and lovely creatures such as clione also known as the sea angel and round-shaped fish called Fusen Uo (literally translates as balloon fish). The aquarium offers a lot of entertaining activities to do such as a show by seals and penguins, feeding seals, and touching Uni (sea urchin) and starfish. Hokumon Shrine was built in 18th century and moved to its current location in 19th century. It doesn't have the oldest history compared to other shrines and temples, but the impressive building is definitely worthy of coming to see. It is located fairly close to Wakkanai Park, so it will be easy to add this place to your list of places to visit. You have to take stairs to enter the shrine, so please watch your step during winter.