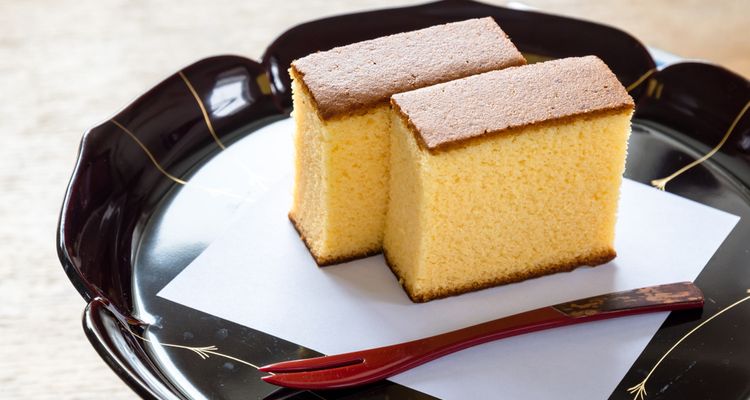 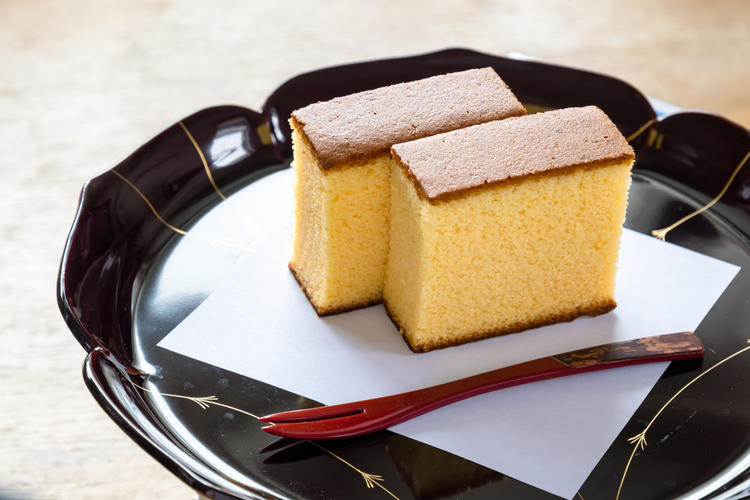 Golden castella (sponge cakes), colorful konpeito (sugar candies)... All of these famous Japanese sweets were created along Nagasaki Kaido, known as Japan's "sugar road." Its starting point can be traced back to Nagasaki Prefecture, located southwest of Japan in the region of Kyushu. Read on to discover just how this Sugar Road helped form the sugary sweet dessert culture you see in Japan today!

The Sugar-Rich Food Culture That Spread From Nagasaki

You'll sense a cosmopolitan atmosphere as you walk the streets of Nagasaki City, where it's said the unique customs and food culture first developed with the arrival of boats from Portugal in 1571.

The Portuguese people brought traditional European food and culture to Nagasaki, including foods like  bread and tempura, clothes like undershirts and woollen cloth, and confectionery like bolo cookies, caramel, castella cakes, and konpeito candies. There are also numerous words in Japanese that have been derived from Portuguese, and many of these are words for snacks made with sugar.

In the Edo period (1603 - 1868) under the Shogunate's policy of national isolation, the artificial island of Dejima was Japan's only window to the outside world. Ships carrying sugar were unloaded at Dejima, and from there it was transported along the Nagasaki Kaido as far as the city of Edo, which is now known as Tokyo.

In 1759, Japan began importing large amounts of sugar. In Nagasaki, Dutch traders gifted sugar to prostitutes in the Maruyama prostitute quarter, and Chinese people donated large amounts of sugar to temples established there by Chinese residents. It's said that these prostitutes traded sugar for silver, and the Chinese temples transported the sugar to the Manpuku-ji head temple in Kyoto. Dock workers and other laborers were also able to help themselves to sugar that spilled during the unloading. Sugar, which had not been widely used as a sweetener in Japan until this point, made its way into the lives of the Nagasaki townspeople through various routes like these, and brought about significant changes in Japan's food culture.

Western Cuisine and Sweets Brought Along the Nagasaki Kaido

Nagasaki Kaido, nicknamed the "Sugar Road" today, was a road created during the Edo period. Starting at Kokura's Tokiwa Bridge (located in Kitakyushu City, Fukuoka Prefecture), this road passed through Fukuoka, Tsushima, Omura, Saga, and other areas under the jurisdiction of the Shogunate. There were 25 inns located along the 228 km long road. Along with large amounts of sugar, recipes for making Western-style cuisine and sweets traveled along this road. A unique food culture developed as these recipes were adapted to fit the characteristics of each region and the tastes of the people who lived in these areas. The custom of generously using sugar in the dishes served at traditional events has also been passed down to this day.

The Unique Evolution of Traditional Flavors Along the Nagasaki Kaido

The influence of sugar and European culture on confectionery in this region is striking.

The most famous local sweet from Nagasaki City is the Nagasaki castella cake. This cake's origins date back to the Fukusaya pastry shop, which first opened in 1624. It's said that the founder was taught the recipe by a Portuguese person, and the recipe was adapted over time to create a high-quality cake that suited the tastes of Japanese people.

The famous confectionery of Isahaya, a rice-growing city, is okoshi. It's said that okoshi first originated in the Heian period (794 - 1185). Okoshi is made from white rice which is first dehydrated using toaku (a sodium carbonate-based additive), then mixed with brown sugar and syrup and heated. It's appeal is its simple flavor. Okoshi are considered lucky as the name invokes the Japanese verb "okosu," which means "to improve your fortune."

Sugar is also used generously to season the rice and the ingredients for Omura sushi. This high-quality sushi was once called "Lord Sushi."

The representative sweets of Saga Prefecture are Ogi yokan and maru-bolo. Adzuki and green beans were both grown in the city of Ogi. Yokan is a sweet bean jelly that was developed in the Edo Period as a type of teacake and are a traditional part of the tea-ceremony culture that developed in the castle town of the Nabeshima domain. By adding sugar, this treat evolved into what's called Ogi yokan, which has a distinct crisp texture.

Maru-bolos are based on a snack called "bolo," which are named after the Portuguese word for cake. They were originally made with the high-quality wheat flour grown on the Saga plains and white sugar, sesame oil, and toaku.

In Fukuoka, konpeito candy, which is said to have been presented to the feudal lord Oda Nobunga, are still made in Kitakyushu today. Traditionally, konpeito candy is made by hand over a period of ten days or more by spraying syrup over rolling granulated sugar grains that form the candy's core. Just looking at the mix of bright colors lifts the spirits! They have a unique texture which gradually dissolves in the mouth.

New flavors are continually being developed in the famous sweet shops along Sugar Road, and it's a wonderful experience to taste the sweets located in the areas along the road that sugar once traveled. If you're looking to explore more than just the big cities of Japan and you're into Japanese culture or sweets, do consider making a journey to the shops that line this delightful, historic road.