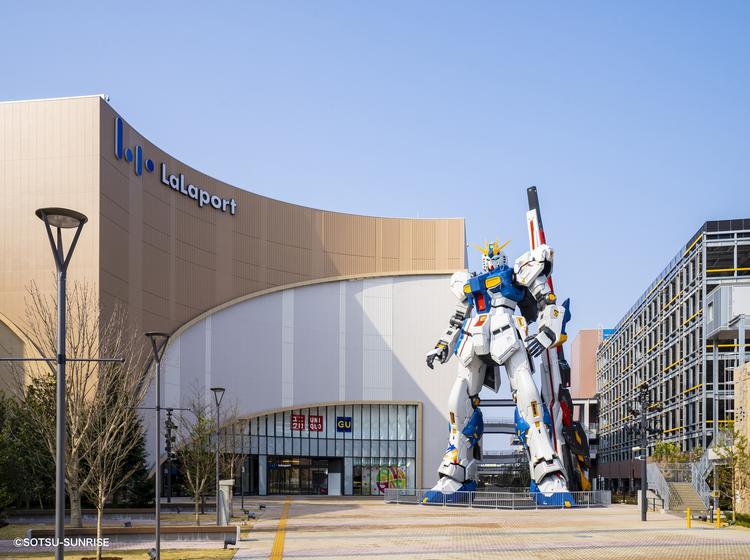 Fukuoka Prefecture, in northern Kyushu, is a must-visit destination for the passionate photographer or social media superstar seeking fresh and exciting scenery to share with the world. From quirky sculptures amidst idyllic countyside to giant statues towering over temples, and even a few otaku pilgrimages along the way, Fukuoka is one of the most underrated yet visually striking corners of Japan. Whether you’re a professional hunting for new material, or just someone who appreciates a good view, these 5 photogenic spots in Fukuoka are sure to get your socials buzzing!

*This article was written in collaboration with the Fukuoka Prefecture Tourism Association.

Palm Tree Swing is located on the eastern shore of the Itoshima Peninsula. Along with the namesake twin trees pictured above, the entire beach is lined by rows of similarly joined swings, indulging visitors in a splash of childhood fun while soaking in serene views. Each palm tree swing is different, ranging from seats for singles to two-seaters for couples, and even one with a swinging bench that can fit up to five! However, the tropical vibes and pleasant ocean waters attract just as many swimmers as photographers during the summer, so those seeking the perfect shot would do well to arrive early to avoid the crowds.

The swings are located on the grounds of Zauo Honten, a restaurant specializing in fresh sushi, sashimi, kaisendon (seafood rice bowls), and tempura, offering a convenient spot to enjoy lunch or dinner. Other attractions include a fierce shark statue nicknamed “Jaws,” a beach-side playground, and the “Miracle Driftwood,” which washed up during the devastating 2018 Japan floods.

For Studio Ghibli fans, places like Dogo Onsen, Yakushima, and Sekizenkan are unmissable destinations said to have inspired scenes from their beloved film catalog. Adding to Japan’s ever-expanding Ghibli pilgrimage is Fukuoka’s own hidden gem “Keya no Ohto,” located on the northwestern tip of the Itoshima Peninsula.

While originally famous for being the largest basalt rock cave in Japan, in recent years, the densely wooded park path leading towards the lookout has gained equal attention for its uncanny resemblance to the forest tunnel from My Neighbor Totoro (1988). Lining the path is a thick grove of short, wiry trees that lean inward and block out the sunlight, enveloping visitors in a surreal, mystical stillness.

While fluffy Ghibli mascots are sadly lacking, continuing down the path will instead lead you to the park’s lookout, where you’ll be able to enjoy stunning views of the Keya no Ohto cliff from behind and the Genkai-nada Sea stretching out beyond. The basalt rock cave itself can only be viewed from the ocean, with approx. 25-minute ferry tours are available for 800 yen (adults) and 400 yen (children aged 2 - elementary school).

Alongside Ghibli-esque forests, Fukuoka has cemented itself as a hotspot for anime fans with its life-size νGundam statue in the Forest Park of Mitsui Shopping Park LaLaport FUKUOKA. Gundam, a Japanese sci-fi mega-franchise which started airing all the way back in 1979, has had several 1:1 recreations of its iconic mecha robots standing proudly in cities like Tokyo and Yokohama, and in spring 2022, Fukuoka’s own rendition was unveiled based on the hit 1988 film “Mobile Suit Gundam: Char's Counterattack.”

Dubbed the “νGundam (read as nu-Gundam),” this imposing mechanical monument is the largest Gundam statue to date, and was built to coincide with the grand opening of LaLaport FUKUOKA. It comes in at a staggering 25 meters tall, weighs 80 tons, and sports a slick blue, red, and yellow tricolor paint job and bulky “long-range fin funnel” weapon on its back. To experience its full force, line up your visit with one of the daily daytime shows held on the hour, where the νGundam powers up and moves with the film’s main theme tune. There are also night-time presentations of two specially-made short films screened beside the νGundam every half hour. Showtimes can be viewed on the official website (Japanese only).

Inside LaLaport FUKUOKA is also “Gundam Park,” which boasts hoards of Gundam-themed merchandise, a VR gaming center, arcade, and more, allowing fans from all over the globe to immerse themselves in this riveting subculture.

No well-rounded trip to Fukuoka is complete without visiting a temple or shrine, which are often just as photogenic as any of the other spots on this list. With striking vermilion hues, majestic statues, and gorgeous gardens, these divine sanctuaries render amazingly on film, and visitors are generally free to snap away as long as respect is maintained.

One of Fukuoka’s most eye-catching Buddhist temples is Naritasan Kurume, located in Kurume City in the southern section of the prefecture. Naritasan Kurume’s claim to fame is its giant 62-meter-tall statue of Kannon, the Buddhist Goddess of Mercy, which towers over the temple and can be spotted from numerous locations within the city. Visitors can also enter and climb the statue, and the sweeping panoramas from its windows stretch all the way to the Unzen region of Nagasaki Prefecture, over 100 kilometers away.

Naritasan Kurume Temple was established in 1958 as a branch of the prestigious Naritasan Shinshoji Temple in Chiba Prefecture, which is also the home of Narita Airport. This parent temple boasts over 1,000 years of history, and is deeply entwined with legendary figures like Buddhist monk Kobo Daishi Kukai.

While its new counterpart is not nearly as ancient, Naritasan Kurume Temple is jam-packed with spectacles complementing its iconic statue, including a pagoda modeled on the ancient Mahabodhi Temple in India; a fierce statue of deity Fudo Myo-o, the temple’s main object of worship; a grand 88-step marble staircase; terrifying “Hell Hall” filled with grotesque figures depicting scenes from each Buddhist hell, and more, earning it plenty of well-deserved recognition of its own.

For those seeking inspiration for their Instagram feed or portfolio, Fukuoka bristles with unique scenery showcasing the breadth of Japan’s culture, history, and nature. If you’re passionate about photography, or want to uncover lesser-known slices of Japan, be sure to add Fukuoka to your next Japan itinerary!

VISIT FUKUOKA, the official tourism site of Fukuoka Prefecture, has all sorts of tips and ideas on how to enjoy the prefecture on their official website. Plus, their Facebook and Instagram are packed with gorgeous photos showcasing the best of the region. If you’re planning a trip to Fukuoka, VISIT FUKUOKA is where you should start!