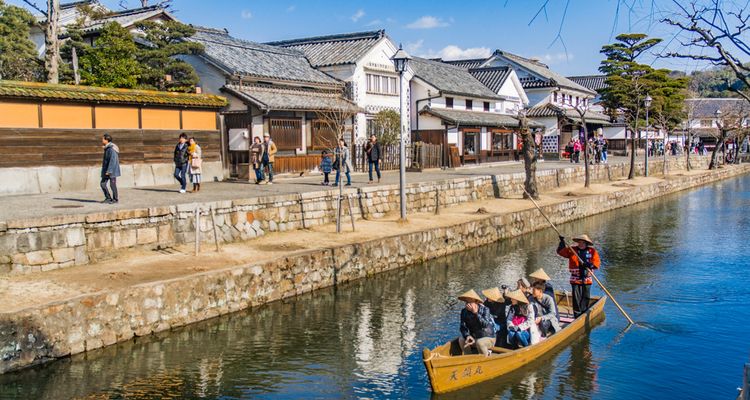 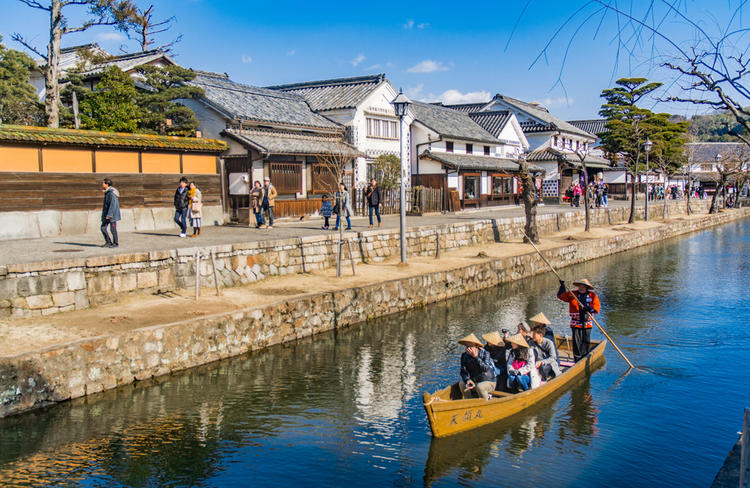 Only 1 Hour from Osaka! 10 Must-Visit Places in Okayama

Okayama is rich in both culture and nature, yet not many people seem to know about it. At just a 1 hour shinkansen (bullet train) ride from Osaka, it is highly accessible, making it a great place to take a day trip. But after visiting any of these 10 amazing spots in Okayama Prefecture, you'll definitely want to spend more than a day there!

If you've been staying in Kansai and you feel like you've seen everything in the surrounding areas, you're probably wrong. There's so much more than Kyoto, Nara, and Kobe! Where? In Okayama, a prefecture that's in-between Hyogo and Hiroshima. It is just 1 hour away from Osaka. From adorable gardens to majestic shrines, let's have a look at 10 valuable options this prefecture has to offer!

This beautiful Japanese garden was constructed 300 years ago on the orders of Tsunamasa Ikeda, the second feudal lord of the Okayama Domain. Together with Kenroku-en Garden (Kanazawa City) and Kairaku-en (Mito City), it is considered to be one of the Three Great Gardens of Japan, and it sure deserves the title!

Despite its unquestionable beauty, the garden has been through a lot, having been affected by the typhoon of 1934 and bombings from World War 2. The above picture shows the Renchi-ken Rest House, which is one of the few buildings that survived the war.

Other than lovely ponds and streams, the whole area is scattered with tea houses, such as "Fukuda Chaya", so don't miss it if you're looking for a peaceful place to relax with a stunning view!

The circumstances under which this amazing shrine was built are still unclear, but among the possible theories, there is one that states that it may have been built by Nintoku-tenno, the Emperor who reigned during the 3rd century.

Rebuilt in 1425, the main building (honden) and the hall of worship (haiden) are considered National Treasures.

Also, have you ever seen a roof like that? It's a paired wing hip-and-gable roof, which is so unique that it's known in architecture as "Kibitsu-zukuri" (Kibitsu-style architecture).

Rebuilt in 1579 (Tensho 7), this amazing 360m-long corridor was designated by the prefecture as an Important Cultural Property.

If you're passionate about ancient Japanese history, you can't miss this one! This perfectly preserved historical district is located in the city of Kurashiki. It offers tourists an experience of what the old town looked like during the Edo period (1603 - 1868). Take a traditional boat tour along the beautiful canal, which is surrounded by cute white houses and storehouses.

For tickets and other details, check here: https://www.kurashiki-tabi.jp/for/en/bikan.html

This merchants town flourished during the Edo period as a trading center for goods (mostly rice), which explains why there are so many storehouses. An interesting fact is that in Japanese, "kura" means "storehouses", hence why the area is called "Kurashiki".

Travel back in time thanks to this magical town made of white-walled storehouses and traditional merchants' homes, which are all lined up along the canal.

Designated as an Important Cultural Property of Japan, this breathtaking castle lies at an elevation of 430m above sea level, which makes it the highest mountain castle that still has its original main tower (tenshu) in Japan. From fall to spring, tourists from all over the country travel to Bitchu just to have a look at the unique and stunning morning view of this fairy tale-like castle floating among a sea of clouds. Can't you feel the magic just by looking at this photo?

Japan has a total of 12 castles that still have their original main tower, but Bitchu Matsuyama Castle is even more precious because it is the only one on top of a mountain! Just visiting it is the perfect reward for a climb. In fact, the road stops at the Fuigo Toge pass, so you will have to proceed by foot (around a 20-minute hike) if you want to reach the castle. Make sure to wear good hiking shoes and enjoy the route to heaven!

Despite not being too high at only 133m above sea level, from the summit of this mountain, you get to enjoy the amazing view of the vast blue sea dotted with more than 50 beautiful islands of all sizes, as well as the magnificent Great Seto Bridge (Seto Ohashi) that connects Okayama to Kagawa. This mountain is called "Mt. Washu" (Washuzan) because of its shape, which resembles an eagle ("wa" in Japanese) spreading its wings ("shu" in Japanese).

The best time to visit this site is definitely at sunset. The warm colors and faint shadows in the background have resulted in it ranking as one of the top 100 sunsets of Japan. Grab your camera and don't miss this chance to blow up all of Instagram!

Although its construction was completed in 1597, the castle had to be rebuilt in 1966 after it had been burnt to the ground during World War 2. As you may have noticed, the peculiarity of this Japanese castle is its black exterior, which is the reason why it is often referred to as "Crow Castle" ("Ujo" in Japanese).

This is the "Tsukimi Yagura" (Moon Viewing Turret) from the early Edo period (1603 - 1868). It is one of the 2 remaining original buildings inside the castle complex. Of course, it is an Important Cultural Property of Japan.

Founded in 1910, Okayama Electric Tramway is a transportation company that operates 2 tram lines within the city of Okayama: the Higashiyama Main Line and the Seikibashi Line.

If you feel like exploring the city of Okayama on a fancy vintage black tram, you may want to get their super convenient 1-day pass.

Check here the timetable of the black tram: http://www.okayama-kido.co.jp/tramway/jikoku_kuro.html

After a day of chaos at a tourist spot, are you looking for a relaxing place with a soothing atmosphere? This just might be it! This is a scenic mountain road extending from the tableland of Hiruzen, Okayama, towards Daisen in Tottori. It used to be a toll highway that was known by the name of "Hiruzen Daisen Skyline", but it is now completely free.

The Kimendai Lookout Rest Area is the ultimate panorama spot. It is particularly recommended during the fall, when the hills are covered in colorful leaves, and even better at dawn, when you get to witness the contrast between the morning sun rising from Mt. Hiruzensanza and the sea of clouds wrapping around the town.  It looks so perfect that even your old smartphone would be able to take a great shot!

This evocative shrine is dedicated to the deity, Okibitsuhiko no Mikoto, which is why it is located where he used to live. According to a famous Japanese tale called "Momotaro", Okibitsuhiko no Mikoto slayed the demon, Ura, granting peace to the reign of Kibi. There's also a statue of Momotaro that is very popular for selfies!

The main building was completed in 1697. It is a perfect example of the Shinto architectural style of the Asuka period (592 - 710), so if you're into history or architecture, go take a look!

After all these tours, it's time for some shopping! You've probably heard of Aeon Mall, but this is actually the flagship store of western Japan! This urban shopping center offers a variety of original brands for all kinds of products.

This picture shows an outfit from Ciaopanic, an original brand from the Kansai area. The store sells apparel for men and women, and it even offers tax refunds! This is just one example out of many other shops. This department store has something for everyone! The mall hosts more than 360 different stores (see the complete list here: https://en.aeonmall.global/shop-okayama/), including restaurants and a huge Takashimaya Foodmaison, so take the whole day off if you want to pay it a visit.

Don't miss the chance to visit these places, as well as many other awesome sites, in this lesser-known part of Japan. You don't necessarily have to be a fan of Shinto or history to enjoy the beauty of Okayama. As you can see, this place is rich in both culture and nature, so it absolutely deserves a visit. Hopefully, this article will help you plan your travel itinerary!

Paola
Hello! I'm an Italian translator and language teacher. I've lived in Osaka for 1 year, and I've been in love with Japanese culture and lifestyle ever since. Matcha-addict, cat person, eco-friendly. Nice to meet you!