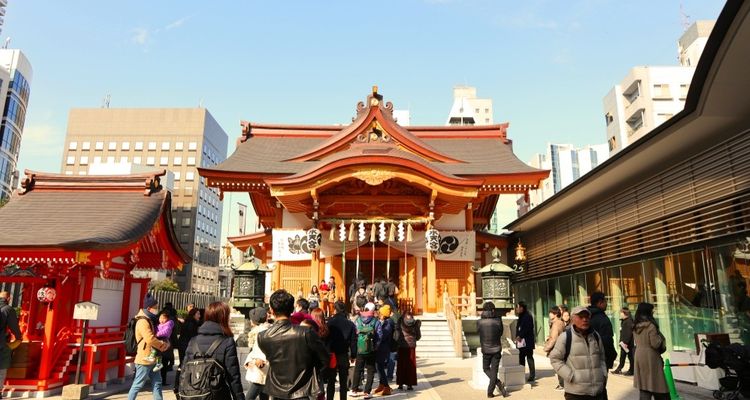 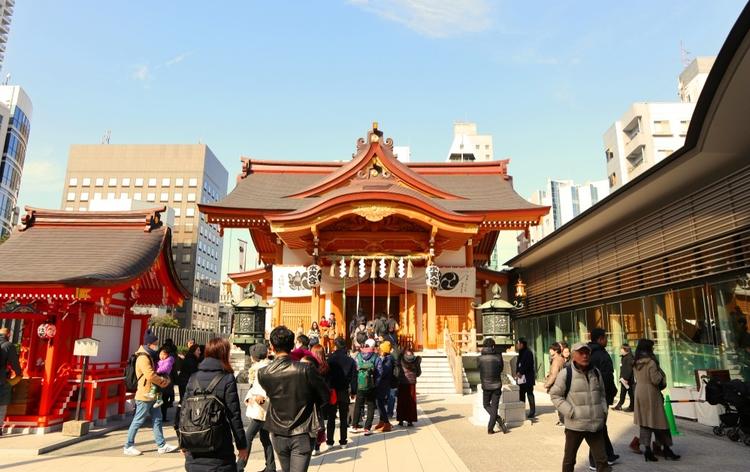 Travel Around Ningyocho and Trace the Steps of the Drama "Shinzanmono"!

Have you heard of “Shinzanmono”, a Japanese drama that aired back in 2010? Starring Abe Hiroshi as main character Kaga Kyoichiro, the drama was adapted from a classical series by mystery fiction master Higashino Keigo. It was so well received that a follow-up movie and a TV special were made later. Many scenes from the drama were filmed in the Ningyocho area, and this article will introduce some shooting locations that are accessible for the public. You might want to explore them with your friends and family to relive the scenes from the show!

After exiting Ningyocho Station, head toward "Amazake Yokocho", a street filled with the atmosphere of the Showa era (1926 - 1989). Some of the scenes from Shinzanmono were shot there, so you might want to take a stroll to enjoy the place. A five-minute walk from the station will take you to “Ningyocho Sokaya”, a senbei (rice cracker) shop which appears as “Amakara” in the first episode of Shinzanmono.

Founded in 1928, “Ningyocho Sokaya” is a long-established senbei shop beloved by entertainers such as rakugo (spoken comedy) performers and kabuki (masked theater) actors. Each piece of senbei is hand-baked by skillful artisans. The bestseller is “Teyaki 550 yen for 5 pieces”, which was one of the favorite snacks of Rakugo storyteller Katsura Mikisuke III. It is said that he even kept the senbei in a safe just to keep them away from his apprentice!

At Sokaya, aside from a variety of Senbei, there are also signatures of the Shinzanmono cast on the wall and posters of the series on the front door. Remember to take a closer look at them when you are queuing up for Senbei!

“Yanagiya” is a century-old taiyaki (fish-shaped pancake) shop. Together with “Wakaba” in Yotsuya and “Naniwaya Sohonten” in Azabu Juban, they are known collectively as Tokyo’s three major taiyaki shops. Yanagiya’s taiyaki (140 yen) is the most popular in the Ningyocho area. This is also where Kaga Kyoichiro (played by Abe Hiroshi) in Shinzanmono lines up for Taiyaki but always fails to buy one before it sells out.

Lining up at Yanagiya can be pretty intense, but luckily the wait won’t feel that long, as you get to admire how the artisans skillfully bake taiyaki right in front of you.

Most of the taiyaki we see elsewhere have a thick and soft outer layer with fillings of sweet red beans, cream or chocolate. Although Yanagiya only offers red-bean flavor, the red beans they use are sourced from Tokachi, Hokkaido and no leftover fillings are kept for the next day. Each Taiyaki is baked to order, ensuring that the exterior is crispy and the interior has a chewy texture, and the sweetness of the smooth filling is just perfect. No wonder people are so fascinated by this snack!

After tasting the delicious taiyaki at "Yanagiya", let’s go back to Ningyocho Street. A three-minute walk towards the Suitengu intersection will bring you to “Shigemori Eishindo”.

“Shigemori Eishindo”, featured in Shinzanmono, is a long-established ningyo-yaki (baked doll cake) and senbei shop founded in 1917. The current owner is already the fourth successor. “Shigemori Eishindo” has so many branches throughout Japan that there are a number of shops just within Tokyo.

The ningyo-yaki with the faces of the Seven Lucky Gods, which appear in the TV drama, are especially popular. It is said that an average of 3,000 pieces are sold every day and sometimes as many as 10,000 pieces! The shop offers ningyo-yaki with red-bean filling (130 yen), with a thin exterior and rich filling, along with plain ningyo-yaki (30 yen) without filling. Why don’t you try both of them to see which one is better?

Pray for Safe Childbirth at Suitengu, Another Important Spot From Shinzanmono!

Suitengu is a famous Japanese shrine dedicated to safe childbirth. In the TV drama “Shinzanmono”, Mitsui Mineko (played by Harada Mieko) often visits there to pray for a safe delivery for her future daughter-in-law.

In Nihombashi, there is a tradition called Shichifukujin Meguri, which is a short pilgrimage around several local shrines where one prays for good luck in the coming year, and Suitengu is the most famous shrine among them. In fact, Ningyocho Suitengu is a branch shrine of Suitengu in Kurume, Fukuoka. During the Edo period, the Arima family that ruled that region divided the spirit in the local Suitengu and re-enshrined it at Arima’s mansion located in Edo (now Tokyo).

Although the Suitengu is mainly famous for children rearing and safe childbirth, it is said that the shrine deity also answers prayers for avoiding natural disasters like floods and fires. The shrine is crowded with visitors even on weekdays and especially on the day of the Dog. So you might want to keep that in mind if you plan to pay a visit!

Much of TV drama “Shinzanmono” was shot in Ningyocho, and many locations are within walking distance. Aside from the four spots mentioned above, there are still other nostalgic attractions worthy of a visit! The filming spots are mainly on Ningyocho Street and Amazake Yokocho. Why don’t you pop over and take a stroll down memory lane if you have the chance?