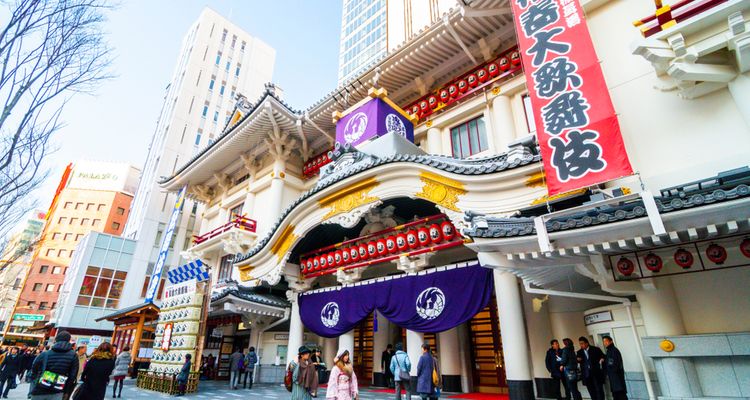 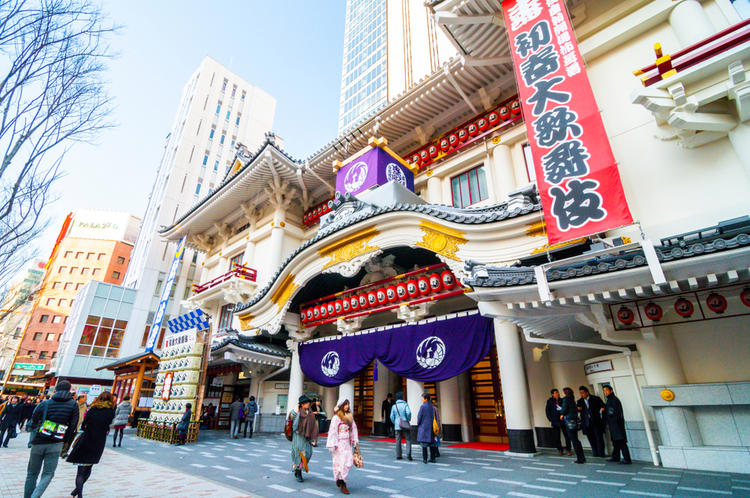 A Guide to Kabuki Theater in Japan: How to Book Tickets, Best Time to See This Performing Art, and More!

Kabuki theater is perhaps the most popular form of traditional Japanese performing arts, but many tourists still don't know a lot about it. This useful beginner's guide explains this important part of Japanese cultural heritage, including when you should actually go see a kabuki show, how to book tickets online in English, tips for enjoying a kabuki show to the fullest, and more. By the end, you'll realize just how easy it is to actually catch a kabuki performance in Japan, even if you don't have a lot of time or cash on your hands!

Kabuki is a kind of traditional Japanese performing art that is presently done exclusively by men. Compared to other forms of classic performing arts like Noh (Japanese musical theatre), kabuki is surprisingly mainstream, as it uses elements like grand gestures, history, life experiences, and dance to tell easily relatable tales. It is the most popular type of classic performing arts in Japan, and was even named as a UNESCO Intangible Cultural Heritage in 2005.

The origins of kabuki can be traced back four centuries ago to Kyoto. As expected of its long history, kabuki has affected Japanese culture and art in many aspects. For example, the grand costumes and makeup in the famous Japanese movie Ran, an adaptation of Shakespeare's King Lear, seem to have been influenced by kabuki and other traditional Japanese performing arts.

When Is the Best Time to Watch Kabuki in Japan?

It is a tradition for the Japanese to watch kabuki at the end of the year and in early spring, so if you will be in Japan during these two periods of the year, we recommend arranging a day to watch and experience this classical performing art for yourself.

For year-end performances, go to Minamiza, the traditional kabuki theater in Kyoto. It holds a grand year-end show that will let you see the rare sight of all the actors on stage. If you can't be there at the end of the year, go to Kabukiza Theater in Ginza, Tokyo, instead. It holds kabuki performances nearly every month.

Kabukiza Theater in Tokyo is immediately recognizable by any visitor thanks to its vibrant red accents and program guides with ukiyo-e art. It adds a traditional touch to the otherwise modern streetscape of Ginza, attracting many tourists and creating a lively atmosphere much like what you'd find during New Year's celebrations.

Tips for Before You Actually Watch a Kabuki Show

A typical kabuki performance is divided into morning and evening segments, with three to four acts per segment that last up to four hours. The typical plot interweaves a historical drama, a social (life-related) drama, and a dance, with intermissions in between.

Outside the actual theater, Kabukiza-exclusive taiyaki (fish-shaped cake with red bean filling) and ice cream are sold. People often buy these snacks to be paired with hot tea or coffee (alcohol is also available).

About the Actual Kabuki Stage

Different from Western stage structures, the typical kabuki stage has a straight path called "hanamichi" (flower path) on the left side that connects to the main stage. The passage is used for characters’ exits and divides the audience into two sides, which is quite unique. Actors entering the stage from the hanamichi are closer to the audience, creating a dramatic entrance. The holes on the hanamachi are often used for the appearance of special characters, including monsters and animals. The stylized green, red, and black joshiki maku (stage curtains) have been used since the Edo period.

(Hanamichi of Kabukiza Theater on the stage left)

How to Better Enjoy Kabuki

Before watching kabuki, we recommend that you learn more about the play and plot on the Internet or buy a program guide on the spot. Understanding the storyline ahead of time ensures that you can take in the full experience, as you can focus less on the English audio and captions (available at select theaters like Kabukiza for an additional fee).

Unlike tourists, many Japanese people have already seen the same play multiple times. Some people may come to appreciate the performance of a particular actor, much like how we idolize movie stars. Or they may come to experience different actors reenacting the same scene. For first-timers, you can immerse yourself into this unique experience by enjoying the actors’ special makeup, the impressive way males play out female roles, the stunning costumes, and the music and dance.

The Unique Aesthetics of Kabuki

Most first-timers are attracted by the hayashi’s (a group of musical performers) narration and playing of the shamisen (three-stringed musical instrument) on the right side. Sometimes they are hidden behind the curtains, and other times they leave the upper stage to make sound effects with performers beating wooden clappers.

Another unique feature of kabuki performances is the way praise is showered onto the actors. Those familiar with the performances and actors often shout the celebrity actor’s yago (family stage name) when they appear or during climaxes, resulting in an extremely lively show.

Choosing Which Kabuki Show to See

First-timers are recommended to watch one of the three famous kabuki masterpieces: Sugawara Denju Tenarai Kagami, Kanadehon Chushingura, and Yoshitsune Senbon Zakura. The advantage of choosing these masterpieces is that it is easy to find the basic storyline on the Internet, giving you more time to appreciate the overall performance.

How to Purchase Tickets

Depending on the seat type, ticket prices range from 4,000 yen to 20,000 yen. The website also sells tickets for different performance venues all over Japan.

Don't have time to watch a full kabuki show? Some theaters like Kabukiza Theater sell tickets for single acts which can be bought on the spot. It's an economical and time-efficient way to experience the world of kabuki, so please consider it if you happen to be in a city with a kabuki theater.