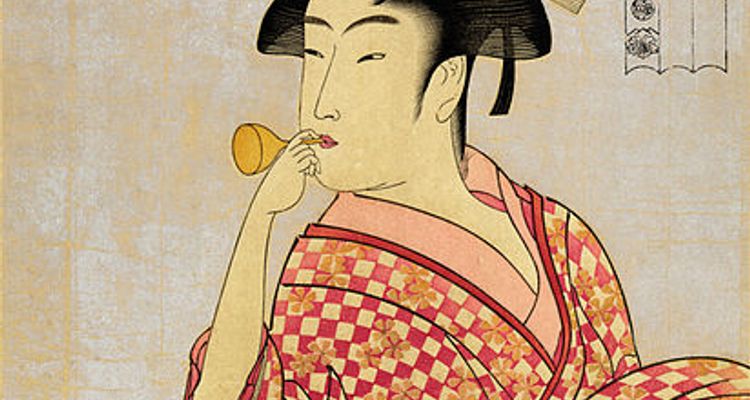 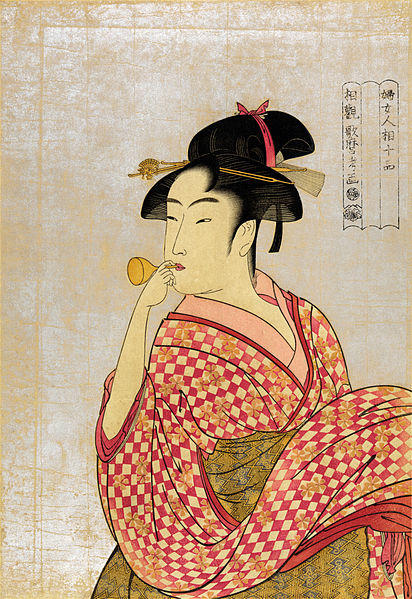 You've most likely seen or heard about Katsushika Hokusai (北斎葛飾), who painted the iconic "Big Wave." He's one of the famous Ukiyoe artists in Japan. But do you know what Ukiyoe is? Here are 20 facts to enlighten you on Ukiyoe, a unique art genre that flourished in Japan during the Edo period!

1. Ukiyoe was an art genre that was established during the Edo period.

Ukiyoe were usually printed engravings on washi paper. They were vibrant in color, and dealt with many different subjects. The image above is the work of Sandai Toyokuni Utagawa (三代歌川豊国). In the Edo period, pictures made with brushes were expensive. Ukiyoe became a popular part of culture among the public when they started woodcutting, which was cheaper and easier to mass produce. Ukiyo (浮世) also has 3 other meanings. One is the world of uncertainty, which is used in Buddhist context. Two is the world of pleasure. Three is life or society. The image above is the work of Hokusai Katsushika (葛飾北斎).

4. The subjects of Ukiyoe works were very diverse.

6. Ukiyoe was a part of the mass culture in Edo.

Since Ukiyoe became cheaper and more accessible when it turned to woodcutting, it became a part of the mass culture. They described the manners and customs of the day, and are a valuable historic source of knowing what everyday life was like back then. The image above is the work of Utamaro Kitagawa.

7. Ukiyoe has a very distinctive style of drawing. Subjects are drawn boldly and clearly. It has a dynamic composition and no shadows. It is well-known that Vincent Van Gogh was inspired by Ukiyoe, and drew pieces clearly influenced from it. The image above is one of the pieces Gogh was inspired by; a work by Hiroshige Utagawa (歌川広重). Like Kabuki, when an artist becomes an understudy of a famous artist, they take their master's last name. Their style may be similar. Later on, they would be referred to as the group of (last name of artist) when describing art history. The image above is the work of Sharaku Toushusai (東洲斎写楽). He was famous for Yakushae.

From here now on, I'll introduce the famous artists of Ukiyoe. Kiyonobu Torii was one of the Ukiyoe artists who flourished in the middle of the Edo period. He is the starter of the Torii name. He specialized in drawing Yakushae and Bijinga.

Hishikawa Moronobu was one the founders of the Ukiyoe style. Back then, he made Ukiyoe which were just illustrations cut into books as an art form. One of his most famous works, which is the image above, "Mikaeri Bijinzu (見返り美人図)" (A Beautiful Woman Looking Back), was made into a stamp in 1948. Harunobu Suzuki was one of the Ukiyoe artists who flourished in the middle of the Edo period. He is famous for a thin, lean Bijinga style. He is also known for mastering the technique of adding color to woodcut Yakushae. Shigemasa Kitao was one of the Ukiyoe artists in the middle of the Edo period. He worked on many Ehon (絵本), which are picture books. One of his most famous Ehon is the one he worked on together with Shunshou Katukawa (勝川春章), "青楼美人合姿鏡" (Seirou Bijin Awase Sugata Kagami). This book contained works that portrayed real Oiran, and life in the Yoshiwara district.

Utamaro Kitagawa is one of the famous Ukiyoeshi overseas, next to Hokusai Katsushika. He is known for his delicate and gracious lines of Bijinga. He created a style of making the background completely blank, and focusing more on the figure. Utagawa Kunimasa was one of the Ukiyoe artists who flourished at the end of the Edo period. He studied under Utagawa Toyokuni. He specialized in Yakushae. Eisen Keisai was one of the Ukiyoe artists that flourished at the end of the Edo period. He specialized in Giga and Shunga. He also was a writer. He published works where he wrote and drew the illustrations. Kunisada Utagawa, known as the third student of Toyokoku Utagawa, was one of the Ukiyoe artists during the Edo period. The number of his works, approximately 10,000, is said to be the most created by one man. His illustrations made a "Genjie" (源氏絵 -  Pictures of Genji Story) movement, which eventually influenced Kabuki.

Chikanobu Yoshu is one of the Ukiyoe artists that flourished during the end of Edo period and the start of Meiji period. He specialized in pictures that described everyday life of the people, and Bijinga. During the Meiji period, he also painted the Western influence on the Japanese society, as shown in the image above. Yoshitoshi Tsukioka is one of the Ukiyoe artists who flourished during the end of Edo period and the start of Meiji period. Yoshitoshi Tsukioka was famous for writing gory and shocking illustrations for horror stories. In the book "Eimei Nijyu-hachi Shu-ku" (英名二十八衆句), which was a book that picked out gory scenes from Kabuki, he drew 11 out of 28 illustrations. The Meiji Government banned this book because it was too shocking. Yoshitoshi Tsukioka didn't only study Japanese art, but also Western art.