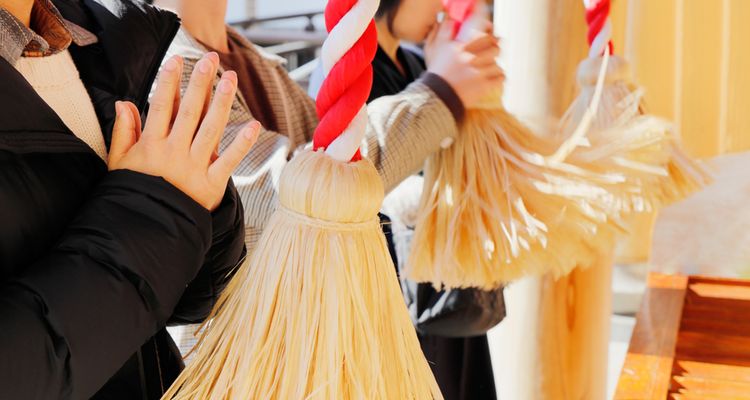 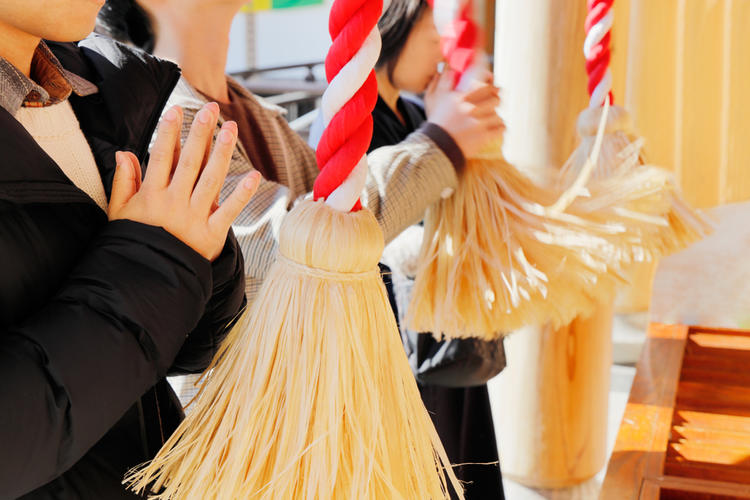 *This article was written and provided by a freelance writer

Why Is the New Year Period So Important in Japan?

In Japan, New Year's is one of the year’s major holiday periods. Called "oshogatsu" in Japanese, the New Year period is one of the longest holiday seasons in Japan, and most people will be off work for around a week or so. This allows them the opportunity to visit family members that they may not have had the chance to see during the year.

Many people living in Japan’s cities will travel to their hometowns to spend this time with their parents, siblings, and other family members. As it is a time for all generations of the family to be together, the New Year is traditionally a time to reconnect with much-missed loved ones. In Japan, celebrating the New Year is also seen as a chance to look forward with optimism and a fresh perspective towards the times that lie ahead.

When Is the New Year Period in Japan?

In Japan, the New Year celebrations tend to take place from around December 29th to January 3rd. Many offices and workplaces across Japan will close over the whole New Year period. It’s also worth noting that many tourist spots, shops, restaurants, and cafes also shut down during the New Year celebrations. If you’re planning on visiting Japan for a New Year’s holiday, keep in mind that many places are likely to be closed during that time.

As many people in Japan enjoy an extended holiday during the New Year break, many flights, trains, and hotels in Japan are often fully booked well in advance of the year-end. Along with the Golden Week holidays in the summer, the New Year holiday is one of the busiest times of year for travel in Japan as many people journey across the country to enjoy the celebrations.

Japanese Traditions in the Run Up to New Year’s Eve

In Japan, it is customary to send greeting cards to family and friends to wish them a happy and prosperous new year. Known as "nengajo" in Japanese, these are specific greeting cards that can be bought in post offices and stationery shops. This is a Japanese tradition that has its roots way back in the Heian period (794 - 1185). During that time, Japan’s nobility would send written greetings to acquaintances that lived too far away to meet in person. Sending greetings was an alternative way of offering their best wishes for the New Year.

While tradition dictates that greetings cards should be sent to everyone you know, today they are typically sent to keep in contact with those that you may not often see as often as you wish. Greetings cards are also sent to the family and friends to whom you wish to express your gratitude for their help or companionship over the previous year. In Japan, greetings cards sent between December 15th to 25th are usually guaranteed to arrive on January 1st.

In Japan, it’s a New Year’s custom to decorate homes with traditional decorations. Japanese New Year's decorations each have a special meaning and are aimed at ensuring a prosperous year ahead. New Year's house decorations in Japan are all for the benefit of "Toshigami," a Shinto god who visits homes on New Year’s Day.

"Toshigami" translates as "year god" and is the god of fertility and a good harvest. Each of the decorations placed in Japanese houses around the New Year are to welcome Toshigami into the home. Another tradition comes after the New Year period in the middle of January when it is customary for the house decorations to be taken to a local shrine where they will be piled high before being set alight in a ceremony called "dondo yaki," a practice that can be traced back to the Heian period (795 - 1185). It is considered bad luck to throw away auspicious items, so they are burned instead as a way to properly dispose of them.

"Kadomatsu" are elaborate decorations, usually placed in pairs next to the front door of the house. They are made of sections of bamboo, pine, and sprigs taken from plum trees. Bamboo, pine, and plum are seen as symbols of prosperity and longevity.

Kadomatsu are left out in front of the house for the entire New Year period, from the end of December until January 7th. These decorations are seen as a place where Toshigami can take shelter when they come to the house, which will lead to a fruitful year ahead.

"Kagami mochi" are small house decorations made of two stacked rice cakes (mochi) with a type of orange called a "daidai" placed on top. Kagami mochi is an offering to Toshigami and originated during the Muromachi period (1336 - 1573). Again, there is much symbolism to these traditional Japanese New Year decorations.

"Kagami mochi" translates as "mirror cake." Mirrors during the Muromachi era were circular and regularly used in Shinto rituals. It’s said that these mirrors resemble the rice cakes used for kagami mochi. Meanwhile, the daidai orange is believed to symbolize prosperity for future generations. As with the kadomatsu, kagami mochi are left on display for the entire New Year period until around January 11th when they can finally be eaten.

The "shimekazari" is another traditional Japanese New Year decoration with a spiritual purpose. This is a hanging wreath that is typically hung on the front door of the house that's made of rice straw rope, pine, and occasionally a mikan orange. Shimekazari are also often adorned with other good luck charms that symbolize prosperity and are believed to keep bad spirits from entering the house whilst also welcoming the Toshigami.

In Japan, there are also traditions that specifically take place on New Year’s Eve every year, which is called "omisoka" in Japanese. These are also a part of the preparation for the New Year, and like the earlier traditions are also high in symbolism and shaped by spiritual beliefs.

A Deep Clean of the House

As the saying goes, a clean house is a happy house. That’s certainly the thinking behind the Japanese tradition in which the home is given a complete deep clean on New Year’s Eve. Called "osoji" in Japanese, which literally means "big clean," the customary clean of the house on New Year’s Eve is a family affair in which everybody gets involved. The house is given a complete deep clean, with every nook and cranny mopped, swept, and vacuumed, and anything that isn’t needed is thrown away.

The idea behind the deep clean isn’t only practical. It’s believed that a neat and tidy home clears the mind and ensures that you’re ready to welcome the New Year. Secondly, it’s important that the house is spotless ahead of the arrival of the Toshigami.

Eating "toshikoshi soba" is another Japanese New Year tradition. "Toshikoshi" means "year crossing," and the eating of these soba noodles takes place on New Year's Eve. This is another custom with a long history, dating back to Japan’s Edo period (1603 - 1867), and is also rife with auspicious symbolism. Soba noodles are made from buckwheat dough and stretched into long and thin strips, which is believed to represent a long and prosperous life. They are also easy to cut, which symbolizes the breaking of the connection with the previous year and looking ahead to the new.

Listening to Temple Bells at Midnight

One of the biggest Japanese New Year's traditions takes place at temples throughout the country as the clock strikes midnight at the end of New Year’s Eve. Temple grounds in Japan are filled with people who gather to hear the temple bell being struck 108 times from midnight. This tradition is called "joya no kane," and it is one of the most important Buddhist rituals of the year.

According to the teachings of Buddhism, there are exactly 108 earthly desires or temptations. Each striking of the bell removes the urge of one of those desires. Listening to the striking of the temple bells at midnight and removing any potential distractions is also believed to bring good fortune and prosperity for the coming year.

Watching the First Sunrise of the New Year

The first tradition that takes place on January 1st (besides "joya no kane") is witnessing the first sunrise of the New Year. The first sunrise of the New Year is called "hatsuhinode" in Japanese, and it’s believed that this is the moment that the Toshigami arrives. If you make a wish whilst watching the sun come up that morning, it's believed that the Toshigami will grant it for you.

Saying Prayers at the First Temple Visit of the New Year

Another important first is the first temple visit of the New Year, which is called "hatsumode" in Japanese. Whilst many businesses will be closed on New Year’s Day, Japan’s temples are incredibly busy as families gather to offer their first prayers of the year. People typically pray for positive actions and outcomes in the year ahead, such as good fortune in business, good luck in exams, or even to find love.

"Osechi-ryori" is the traditional meal eaten on New Year’s Day in Japan. An elaborate feast, osechi-ryori is another long-held New Year tradition that began during the Heian period. Osechi-ryori is made up of either three or four stacked bento boxes called "jubako" which are shared between the family. Each box contains small portions of beautifully prepared traditional Japanese food such as seafood, raw fish, pickled vegetables, and more.

Osechi-ryori is full of hidden symbolism depending on the appearance or name of the ingredient. For example, slices of boiled fish paste are shaped to resemble the sunrise, whilst the holes in the sliced lotus root signify a future without obstacles. Another common ingredient, prawn, is said to represent longevity and old age, with its bent back and long antennae resembling the arched back and beard of an old man.

Giving Children the Gift of Money

The final tradition on New Year’s Day in Japan is one for the children in the family. The custom of gifting money to children developed from the tradition of leaving offerings of kagami mochi for the Toshigami. Traditionally, at the end of the New Year period, the kagami mochi would be crushed and wrapped in paper and then handed out for people to take away and share with their families.

Over time this practice has developed into what is known as "otoshidama" today, in which adults give the children of the family envelopes containing money. Children are usually gifted between 2,000 to 5,000 yen depending on their age. The money is given inside special decorative envelopes that usually depict that year’s zodiac animal or other traditional Japanese symbols.

The New Year period in Japan is one of the most important holiday seasons of the year, and a chance to catch up and reconnect with loved ones. It’s also a time of many traditions, most of which have been part of the New Year celebrations for hundreds of years. Japan’s New Year traditions focus on bringing happiness and prosperity in the year ahead. Because of this, the country mostly shuts down to allow people to spend time with family, so remember this if you are ever visiting Japan during the New Year's Period.