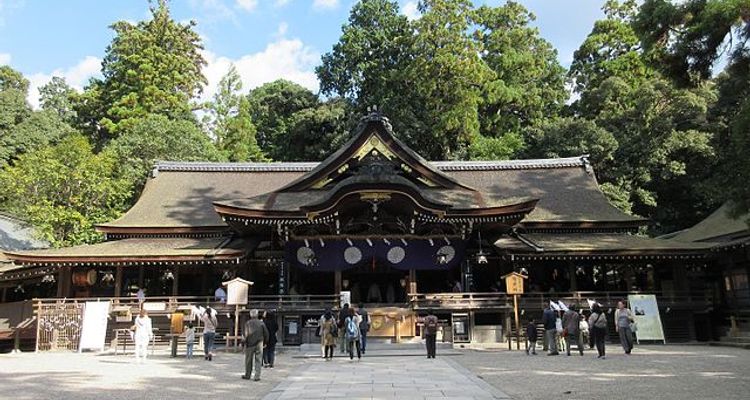 You've been to the Shinto shrine in Japan. But do you know what everything there is and what they're called? Here's a guide to enlighten you on 20 objects related to Shinto shrines!

Shinto shrines, Jinja (神社) in Japanese, are scattered throughout Japan. It shows how deeply rooted Shintoism was in the people's lives. All those Shinto shrines's architecture have a lot of common, but do you know what their names are, and what they are there for? Here are 20 points explaining Shinto shrine architecture!

1. Forests around the Shinto shrine

Since forests and mountains were considered sacred, many Shinto shrines were built inside them. They are called Chinjyu no Mori (鎮守の森). They also have a Goshinboku (御神木), which is a tree that is worshiped. 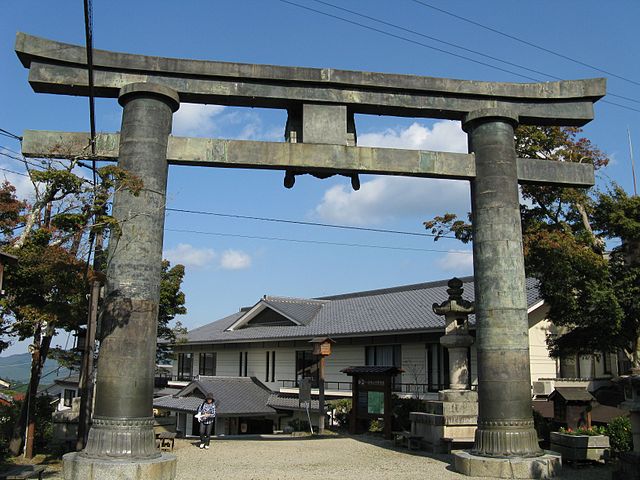 Torii (鳥居) is an object that makes a borderline between the real world and the sacred world. It also is an entrance to the sacred region. The image above is the Torii, called Kane no Torii (銅の鳥居) in Kinpusenji (金峯山寺) in Nara. The Torii itself is named as an important cultural asset.

Chouzuya (手水舎) is a square container filled with water. Visitors to the Shinto shrine must purify their hands and mouth with this water. In Shintoism, unholy things, called Kegare (穢れ) are thought to be come from the outside. It is important to be clean, physically and metaphorically when entering a Shinto shrine.

Sandou (参道) is the entrance path to the main shrine. It is usually built with stones in one straight line. If the shrine is in the mountains, the Sandou won't be built by stones, but will be tamed soil paths. Shamusho (社務所) is the place where shrine business, such as dealing with guests to the shrine, selling Omamori, and so on takes place. The size of the Shamusho depends on the shrine. The image above is the Shamusho of Wakamiya Hachimangu in Kouchi.

Tourou (灯篭) is a traditional Japanese lamp. It is placed along the Sandou, to light up the paths. Originally, it came with Buddhism during the Nara period and was used in temples, but by the Heian period, it was used for lighting in Shinto shrines too. Komainu (狛犬) are fictional Japanese beasts that look like lions and dogs. Stone statues of them are placed in the entrance of the shrines, one on each side. They are both looking into each other, or have their back against the shrine and are facing the visitors. They are said to protect the shrines. Other beasts are used for this purpose too, such as boars, dragons, foxes, wolves, and tigers. These animals are called Shinshi (神使).

Shimenawa is a rope twisted around things, or draped across a building. Shimenawa is a tool used in Shinto rituals. It has the purpose of creating boundaries from the real world to the sacred world, bouncing off Kegare, and showing that the god of the shrine is here. Omikoshi (御神輿) is an object similar to a cart-like vehicle used in the Heian period. It is a vehicle where the object of worship, or gods, ride during the Matsuri. Also called a Shinyo (神輿).

Haiden are built in front of the main shrine for Sanpai (参拝). Sanpai is an act of paying respect to the Shinto shrine. The way of Sanpai differs from shrines, but it mostly involves bowing, clapping hands, throwing money into a box, and ringing a bell. Saisenbako (賽銭箱) is a box with vertical bars. It is usually placed near the Haiden. While performing Sanpai, visitors will throw in money to show their respect. Usually coins are used. Some superstitious people use 5 yen coins, since the pronunciation of it is the same sound of Goen (ご縁). Goen is a Buddhism term explaining the ties between people and objects. Suzu no O (鈴の緒) is the bell and the rope attached to it. It is placed near the Haiden and Saisenbako. Visitors ring this bell to show their respect.

Honden (本殿) is the main shrine. This is where the object of worship, Shintai (神体) in Japanese, is placed. It is also called a Shinden (神殿). The image above is the Honden of Daizaifu Tenmanguu (太宰府天満宮) in Fukuoka. embedded from Instagram
Kaguraden (神楽殿) is the place where you perform Kagura. Kagura (神楽) is a dance and song performed to dedicate to the gods in Shintoism. The Kagura can be a dance performed by Miko (巫女), women who work at the temple, or a play of Japanese mythology. 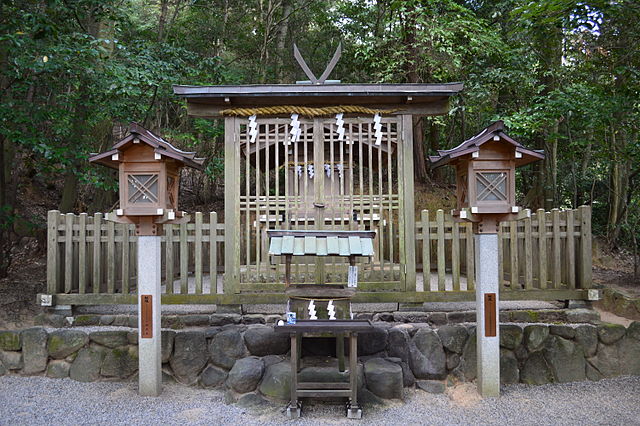 Omamori (お守り) are protection charms sold at shrines. They come in many different shapes and sizes. A standard Omamori would be a rectangular shaped pouch, with whatever power it contains embroidered onto the cloth. You're not supposed to open the pouch, or else the protection power would be gone. Protection charms are said to have power for passing exams, avoiding any kind of traffic accidents, having safe childbirth, avoiding bad things in general, and so on. Ema (絵馬) is a house-shaped wooden tablet. It is dedicated to the shrine or temple and is used when you wish for something, or have granted a wish. You write down whatever wish you have, and hang it on a Ema Gakari (絵馬掛), as shown in the image above. Ofuda (お札) is one of the most important emblems of a god that a shrine can give to a person. Also called a Shinsatsu (神札). It is sold at the shrine, and the act of purchasing it is called "offering Hatsuhoryou" (初穂料を収める). It is customary to purchase an Ofuda at the start of the year, and returning the old Ofuda you've bought the year before to the shrine. Hamaya (破魔矢) is an arrow that is sold at the shrine during the New Year season as a lucky charm. It can come with a bow, called a Hamayumi (破魔弓). It is customary to decorate the Hamaya facing in the bad direction of that year according to Feng Shui.