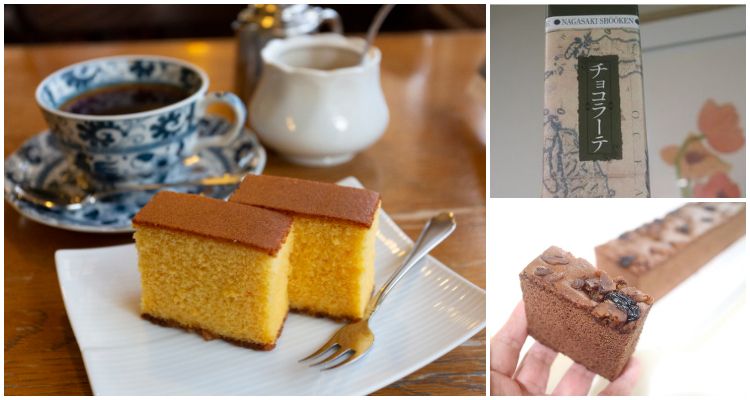 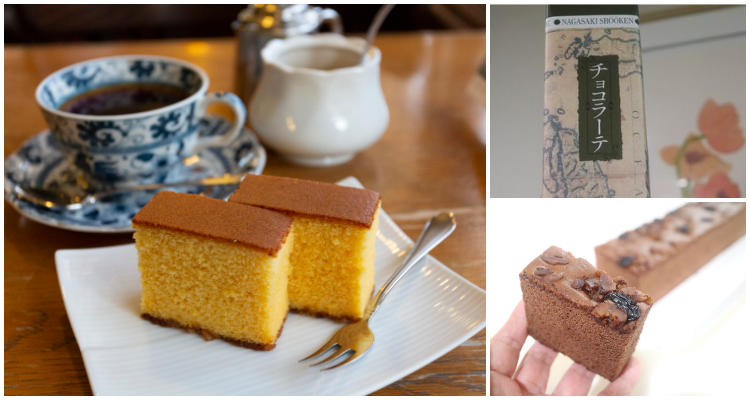 Nagasaki castella cake is a traditional pastry from the Iberian Peninsula. During the Age of Discovery in the 16th century, traders and missionaries were sent from powerful countries like Portugal and Spain to explore the east, introducing the cake into Nagasaki of Japan, which later became a signature dessert of the region. Over the course of over 500 years, it has undergone much improvement, turning from a delicacy favored by the royals and upper class to a dessert popular among commoners. Nowadays, the Nagasaki castella is considered to be a household confectionery in Japan. This article will introduce the top 3 Nagasaki castella brands recommended by locals. Read on to find out our must-buy souvenir list!

The "Big Three" brands of Nagasaki castella cake according to locals are “Sho'oken”, “Fukusaya” and “Bunmeido”. While Sho'oken is considered the best, it is surprisingly not very well known even in Japan. This might be due to the fact that Sho'oken has not expanded beyond the prefecture, nor invested much in advertising, but solely rely on word of mouth among locals. The cake is available from their official shops and website only.

Compared to other famous brands, Sho'oken's castella cake is characterized by its rich flavor and firm texture, showing that they have spared no effort in cake-making. Another point to note is that there are fewer sugar crystals on the bottom than Fukusaya's and Bunmeido's. While people who love the crunchiness might be slightly disappointed, it is perfect for those who prefer less sugar. The egg and milk are also given a chance to shine without being overwhelmed by sweetness. Because of this, supporters of Sho'oken believe it to be the most iconic brand of Nagasaki castella.

Sho'oken's signature product is “Gosanyaki”, whose name comes from its 5:3 egg yolk-to-egg white ratio, carefully maintained by the patissier. It is prepared by separating the yolk and white for processing, then adding a small amount of flour to highlight the rich flavor of the milk and eggs. As the yolk makes up a larger proportion, this castella cake has a golden color and mouth-watering aroma, attracting gourmands from far and wide. Other than Gosanyaki, Sho'oken also offers a variety of special flavored cakes, such as chocolate latte, matcha, and white peach. Either as a souvenir for your friends or for your own enjoyment, you have to try them all!

Despite not being one of Nagasaki castella’s "Big Three", the first runner-up goes to “Kinkaido” located in Kinkai-chiku, Nagasaki-shi. Characterized by its traditional baking techniques passed down through generations as well as meticulous sourcing of ingredients, the bakery has gained favor with locals, and is dubbed the "living castella". Kinkaido was established in 1970 by an apprentice patissier originally working at Bunmeido, and has since been producing purely handmade cakes that might seem plain yet taste amazing.

With their solid and minimalist baking approach, 100% handmade process, and ingredient selection, Kinkaido managed to outshine its predecessors. The premium ingredients used include top-grade "wasanbon sugar" from Awa in Tokushima, "mizuame" (a kind of Japanese syrup) made from glutinous rice from Saga, and "taiyo eggs" from Nagasaki. Since there are only four patissiers at the shop, and each can bake 80 Nagasaki castella cakes every day at most, the maximum daily production is limited to 320 pieces. It is hard to find another handmade bakery as devoted as them, even within the region.

Kinkaido's bestseller is "Kinkai-no-Kokoro”. The amount of top-grade "wasanbon" sugar used is double that of normal Nagasaki castella. However, it does not taste excessively sweet at all, but carries a slight sweetness that confirms its excellence. Take your time and enjoy the cake: there is no need to rush, because the texture still remains spongy after some time as if it is fresh out of the oven. No wonder it is called the "living castella"! Here's an insider tip: if you are visiting Kinkaido, try asking the staff for the trimmed crust when you make a purchase. It is said to be the locals' favorite because of its irresistible crispness. Sample it yourself!

Last but not least is Fukusaya, the oldest brand among the three. Not only is it the pioneer in the making of Nagasaki castella, but it is also a popular souvenir choice for tourists. The secret to its deliciousness lies in the chefs’ superb skills and experience. They mix the simple ingredients of egg, sugar, syrup and wheat meal by hand, without using a blender. The rich aroma of egg, the gentle touch of milk and the fine texture of cake all come together to form a symphony of tastes, with the sugar crystals on the bottom as a finishing touch to impress your taste buds. This sophisticated flavor is what makes Fukusaya's castella stand out from the others.

Fukusaya's unique Gosanyaki has an especially rich taste and smell. Being a premium product, pink and cream-colored washi (Japanese paper) is used in its packaging. Another beloved product is the Dutch cake, which is prepared by adding quality chocolate to the basic Nagasaki castella ingredients, then covering the surface with a layer of walnut and raisin, and finally baking it directly on a fire. The resulting pastry has an enticing aroma and tender texture. What's more, Fukusaya often offers seasonal or regional limited goods, reimagining traditional Nagasaki castella cakes according to different times and festivities of the year. These are delightful souvenirs to bring home!

So there you have it—the top 3 Nagasaki castella brands, as recommended by locals. Fukusaya is the only one with branches outside Nagasaki, whereas the other two are only available locally or online. If you happen to visit the prefecture, don't forget to drop by these 3 bakeries!