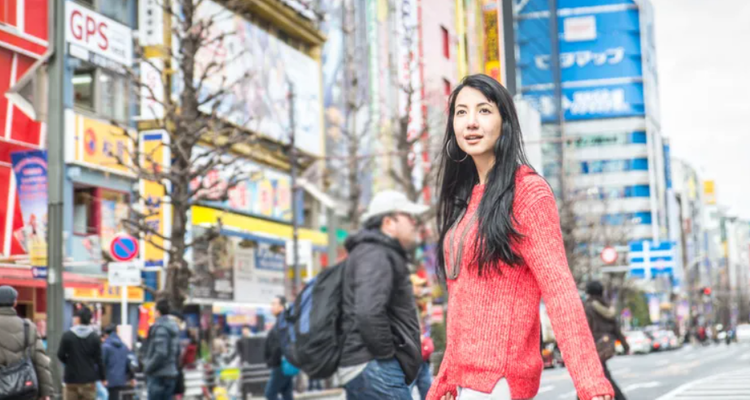 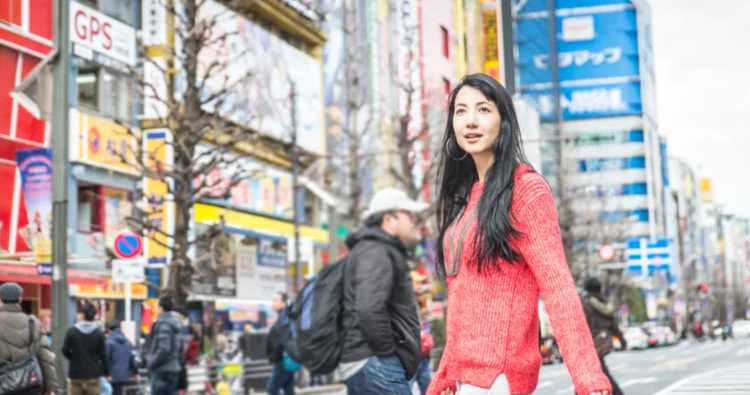 12 Things You Should Know Before Traveling to Japan

Tourism in Japan has been steadily increasing for the past few years as a result of the Japanese government's promotional efforts and the low exchange rate of Japanese yen. As a result, it has become more necessary than ever to learn a few of Japan's social norms before actually traveling there. By doing so, you can avoid violating local taboo or making a fool out of yourself. So, here are the things you absolutely should know before traveling to Japan! With this article in hand, you are sure to have a smooth journey and be warmly welcomed no matter where you go in Japan.

Public Utilities and Transport in Japan

Trash cans are not easy to find in public. How do I get rid of rubbish?

You may notice how clean and free of rubbish most of the streets are when you travel to Japan, and yet trash cans are nearly nowhere to be found. So, where do they throw the trash away? Actually, after a terrorist attack in 1955, the government removed trash cans in a lot of public places. So, if you need to throw away garbage while you're outside, you have to go to places like station platforms, convenience stores, and shopping malls to find a garbage bin. Some locals will bring a small bag with them to take the garbage back home.

Should I stay on the left or right side when walking on the road or standing on an escalator?

Commuters in Osaka stand on the right side, while it is the norm in Tokyo to stand on the left. So, where should you actually be standing on an escalator in Japan? Well, actually, there are no written regulations regarding this matter! Most people end up following the status quo, so if you do the same, you should be fine.

How about which side to walk on the road? Well, it is said that in the old days, there were many warriors in Kanto and they all wore their swords on the left. To avoid unnecessary conflicts caused by accidental collision of weapons, people used to walk on the left side of the road. This habit may not be that obvious nowadays, but there are still personnel or signs at some stations telling passengers which side to stay on in order to ensure smooth passenger flow. Remember to look out for the above when you're in Japan!

For more differences between the Kanto and Kansai regions, take a look at the article below.

I heard that taxis in Japan are very expensive. Can I get an Uber ride instead?

Trains are the most common type of transport in Japan, but the complex subway maps in metropolises like Tokyo can be terrifying. Besides, when your legs are sore from walking all day and you are exhausted from carrying all your bags and luggage, a taxi is just too hard to resist.

According to Ministry of Land, Infrastructure, Transport and Tourism, the starting fare of a taxi in Tokyo, for example, has dropped from 720 yen to 410 yen since January 1st, 2017. So, if you are traveling a short distance (within 2 kilometers) or if the fare is split between four people, taking a taxi can, in fact, be quite a bargain.

While we'd like to recommend Uber, the truth is that peer-to-peer ride hailing is banned in Japan, as Japanese regulations prohibit non-professionals from providing paid transport services. While Uber is implemented in some parts of Japan (mainly the big cities), they have taken a more cab-hailing approach by working with local taxi companies, so it might make more sense to just book a regular taxi.

Can I rent a car for a self-drive tour around Japan?

If you are bringing children, the elderly, or a person with impairments with you to Japan, you will probably want to rent a car for a self-drive tour around Japan. Fortunately, Japanese drivers are quite law-abiding and there are not many speeding and traffic law violations, so you should be able to drive with peace of mind.

If you already have an international driving permit, all you need to do is bring your passport and original permit to the car rental place in order to rent a car. If you don't have one and you come from Belgium, Estonia, France, Germany, Monaco, Slovenia, Switzerland, or Taiwan, you can go to your local Japanese embassy or consulate and acquire a Japanese translation of your driving license. Bring your passport, original driving license, and Japanese translation of your driving license, and you should be able to legally rent a car in Japan!

What if the restaurants only offer iced water? How can I get some warm water?

If you come from a country where warm water is normally served at restaurants, you'll find it hard to believe that Japanese establishments offer their guests iced water no matter what season it is. The reason behind this practice is that in the old days, ice was not easy to produce and was therefore quite precious. Offering iced water thus became a way to treat honored guests and has been passed down for years. It might be hard for people who are used to drinking warm water to ask the restaurant for some, which is why we suggest always bringing a thermos. You may pour in hot water before leaving your hotel room or refill in the nursery rooms of large-scale shopping malls.

Can I take away my leftover food?

Your country may already have a lot of tasty Japanese cuisine, but the food looks even better when you are actually in Japan, so it is understandable if you order too much! Although certain restaurants in Japan have takeout and delivery options, most of them do not offer pack-to-go services for leftovers. So, keep that in mind when you order to avoid wasting the delicious food.

Is it okay to eat inside a train?

Although most trains do not have "no drinking and eating" as an actual written rule, you can seldom see anyone eating openly on them. That being said, it is generally acceptable to have some odorless food such as biscuits and bread. For long-distance buses and trains like shinkansen (bullet trains), eating is usually allowed. Some stations and trains even sell special railway bento (Japanese box lunches) known as "ekiben" or in English, train station bento. Don’t miss out if you are taking any form of long-distance transport in Japan!

For more things you should keep in mind when riding a train in Japan, the article below can come in useful.

What if I am a vegetarian? Is it easy to find vegetarian restaurants in Japan?

Due to religious or health reasons, the number of people identifying as vegetarians has been growing in recent years. In Japan, being a Buddhist does not necessary mean following a no-meat diet, so it might be quite hard to find a vegetarian restaurant here. Luckily, with the increase in foreign tourists and residents, more and more vegetarian places have been popping up in city centers.

In case there are no such restaurants nearby, you may look for places that offer fried tempura, udon noodles, and soba noodles. These places may not be completely vegetarian, but you can still order non-meat dishes. Alternatively, you can just buy bread from a bakery, or plum or brown rice onigiri (Japanese rice balls) or salads from a convenience store.

Shopping in Japan & Other Common Questions

Is every shop in Japan tax-free?

In recent years, as tourists' expenditures on shopping keep soaring, a lot of shops have launched various tax-free promotions in hopes of getting a piece of the action. However, not every shop is tax free, so look for the “Tax Free” sign before shopping at a particular store! Also, note that while many stores automatically deduct tax for you, this is not true for many department stores. You might have to bring all your receipts to a tax refund counter to claim the tax refund, so do remember to keep your receipts and go to the counter during opening hours!

How can I withdraw more money in Japan? Do most shops accept credit cards?

While most tourists do exchange their money for Japanese yen before actually traveling to Japan, the country is such a shopping paradise - what with its high-quality goods, low prices, and tax-free promotions - that it is easy to spend all your yen if you are not careful. Aside from currency exchange counters, if you have an ATM card that supports overseas withdrawal, you can simply withdraw yen at a convenience store. In addition, many large department stores, hotels, tourist centers, and some banks offer currency exchange services. Some ticket resellers also offer money exchange services, with one popular example being the famous Daikokuya.

What if I lose my passport by accident?

Losing things is probably your biggest fear when vacationing abroad. It's easy to get help from your travel buddies if you lose your wallet or phone, but it's not that simple if you lose your passport. If this does happen to you, head to the nearest police station at once. The police will file a loss/robbery report and issue a certificate of loss. Take that to your nearest embassy to have your passport re-issued. It should take just around 30 minutes (note: time varies depending on embassy) before you are given a certificate that will act as your temporary passport until you return to your home country. When you check in at the airport, tell the ground staff about the incident and remember to use a check-in counter with an inspection officer.

Other situations you need to be aware of when traveling around Japan are written in the article below.

Do I have to be naked when using onsen (hot spring)?

A lot of tourists come to Japan to try its hot springs of various sizes, such as Kusatsu Onsen and Hakone Onsen. While you may be required to wear a swimsuit in your home country, it is the norm to get completely naked before entering a hot spring in Japan.

If you are not used to being nude in the public, you may instead rent a private onsen or go to large hot spring facilities, such as OEDO-ONSEN MONOGATARI and Hakone Kowakien YUNESSUN, where swimsuits are allowed. It may take some courage to get naked for the first time, but you will soon find out that nudity is not really a big deal. Bathing naked is also so much more comfortable than wearing a swimsuit! So, why don’t you give it a try?

Taking some time to learn more about Japan beforehand not only ensures a smooth journey, but also avoids causing trouble to the locals, ensuring that foreign visitors will continue to be warmly welcomed to Japan in the future. There may be some unexpected incidents during your trip, but we hope this article can help you deal with them in a better way so that you have a safe and happy journey!