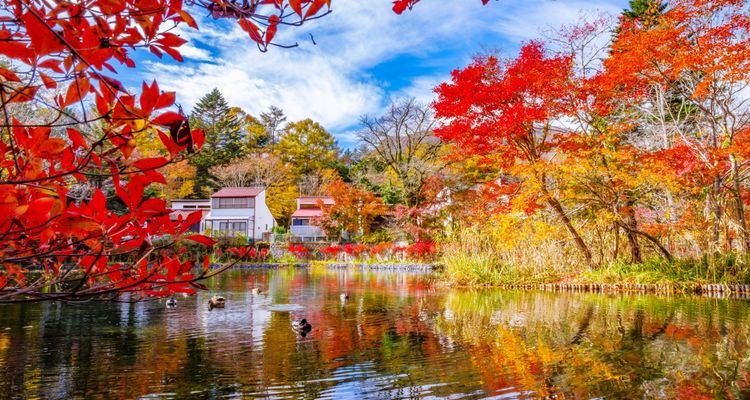 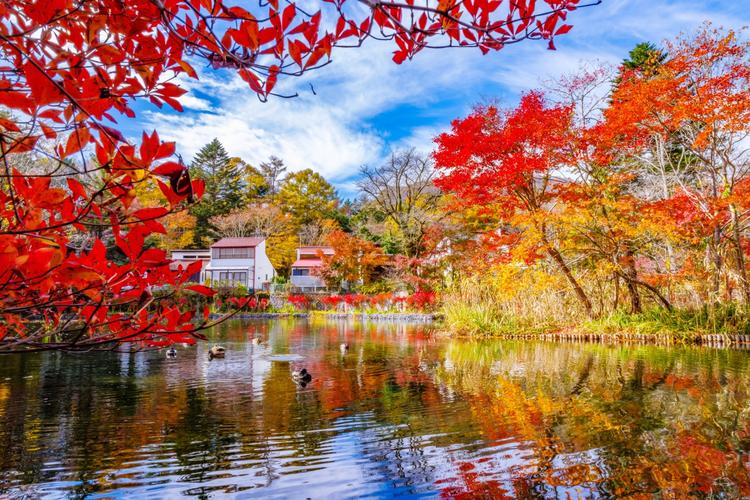 Discover the Best of Karuizawa via Rental Bicycles

Karuizawa is a resort town in Nagano Prefecture, near the center of Japan. Staying cool throughout the year, people from Tokyo and surroundings visit to escape the midsummer heat. Since it is very flat, yet filled with interesting sights, many prefer to explore this holiday destination by bicycle. To help you do the same, we've prepared a Karuizawa biking guide, showing you where to rent a bike to all the best routes to take!

Ichimura Rinten is one of the few bicycle shops where you can make payments via credit card. The staff are always happy to help you pick out the perfect bike from their vast selection. They even offer to hold onto luggage while you enjoy your ride!

Karuizawa RideTown gained its popularity by offering stylish bikes of all types, ranging from sports bikes to kids bikes. They even supply a map that highlights the cycling routes of the area, free of charge.

At 600 yen per day, renting a bicycle from Shironeko Cycle is extremely affordable. Conveniently located near Karuizawa Station, this store is highly recommended for those who want to cycle without fuss!

If a relaxing ride visiting all the tourist spots in the area sounds good, then this course is for you. It starts at ① Karuizawa Station, North Exit, and follows a trail of interesting sightseeing localities, including historic buildings and souvenir stores.

The course takes around 3 hours and passes through some beautiful forests at around the halfway point. If you're looking for shorter courses, consider the Kyu Karuizawa Ginza Walk or Shin Karuizawa to Mikasa courses, which are around one hour each on foot.

Mampei Hotel first opened for business back in 1764! Many tourists come to visit this historic hotel even if they don't stay here. Of course, there's no reason you can't stay here, too.

Behind the Mampei Hotel sits Happy Valley. This beautiful cobblestone walkway with its mossy stone fence was nicknamed by a missionary of a church nearby. To this day, it remains a very popular tourist spot for couples!

The Shaw Memorial Church is the oldest church in Karuizawa. Opened in 1895 by a Canadian missionary, the chapel is neatly nestled amongst the encompassing trees. With its beautiful stained glass windows, it has become a popular tourist spot for all kinds of visitors. It is open during the day, all year round.

Another popular tourist destination is Kyu Karuizawa Ginza Shopping Street. This is where you can find a lot of the famous shops in Karuizawa, ranging from restaurants to stores that deal in arts and crafts. Perfect for a small break from cycling and some souvenir shopping!

Kumoba Pond is an artificial lake created in the early 1900s by damming a creek. The surrounding area has been perfectly maintained, allowing visitors to take a lap around the lake and enjoy the foliage, which is a vivid green in summer and a burning red in autumn.

① Naka-Karuizawa Station is the starting point for this course, which includes multiple onsen (hot spring) facilities to rest and wash up after the cycle! A large portion of this course is near bodies of water, which means your ride will be filled with soothing sounds! There's even a great view of Mt. Asama along the way! It's a one hour course, or two hours and 30 minutes if you plan to walk it.

Shaped like a tunnel, Uchimura Kanzo Memorial Stone Church has such an eye-catching design! At night, the lights inside reflect off the glass windows, giving off a fantastical atmosphere.

People visit this church for ceremonies enriched by live performances of instruments like the organ and harp! The candlelight events held throughout the year are also very popular.

This is another great spot to stop for a break. Conceptualized as a little village, the whole facility is built on top of a wooden deck, making for a beautiful, charming scene.

Tombo no Yu opened in 1914 and has since become one of the most famous onsen in Karuizawa. Facilities include an inner bath with natural hot spring water, an open-air bath, and a sauna. Day passes cost 1,350 yen for adults and 800 yen for kids (3 years old to elementary school age).

Opened in 1898, the Tasaki Museum of Art exhibits masterpieces from Japanese painters. They also display historical documents providing context on art before and after significant periods in Japanese history. Entry costs 900 yen for adults, 700 yen for high school students, and 400 yen for elementary and middle school students. It is open from the springtime Golden Week holiday until the beginning of November, between 10:00 am - 5:00 pm (10:30 am - 4:30 pm in autumn, closed on Wednesdays).

Stretching out towards the south, this course is suited to those seeking to enjoy nature. Starting from either the ① South Exit of Karuizawa Station or Naka-Karuizawa Station, there are two variations to this course. One is a 30-minute route that runs around Shiozawa Lake, and the other a 2-hour route around the mountainous Minamikaruizawa area. There aren't many stores on these routes, so make sure to stock up on food and drinks before setting off. If you plan on walking, then the Shiozawa Lake route will take around one and a half hours, while the Minamikaruizawa route will take around 4 hours.

Karuizawa Taliesin is a resort which combines both an art gallery and amusement park into one! They also have restaurants and souvenir shops on site, all of which is centered around Shiozawa Lake. Various plants and animals live in the surrounding wilderness, which is a sight to behold as it changes over the year.

Forest of Muse is a "museum park," which is something like a collection of museums in one place, all focusing on art and literature. One of these is the "Erz Toy Museum," who display a large collection of toys mainly from Germany. Admission fees for the Erz Toy Museum are 750 yen for adults, 500 yen for middle to high school students, and 350 yen for elementary students. All museums are open 9:30 am - 5:00 pm between May to October, and 10:00 am - 4:00 pm in March, April, and November to January. They are also closed on Tuesdays, barring certain holiday periods.

*Each museum has its own separate admission fee.

Kazakoshi Park can be described as a sports park, with facilities like a soccer field, skating rink, and pool. Interesting fact: its curling rink was used in the 1998 Winter Olympics! The entire park is mainly used by professional athletes and sport teams, but some of the facilities, like the tennis courts and curling rink, are available for general visitors too.

Created in the image of a British garden, Karuizawa Lake Garden is a great place to enjoy roses and a profusion of other flowers. They also sell seeds of the roses cultivated in the garden, amongst other things. Admission fees are 1,000 yen for adults and 500 yen for elementary and middle school students. It is open between 9:00 am - 5:00 pm.

*Prices may vary depending on the season, such as the rose season of June/early July

For those seeking to shop, Karuizawa Prince Shopping Plaza is a great place to visit. Inside, they have stores selling everything from food to clothes and other goods. Shops are generally open between 10:00 am - 7:00 pm.

If you want to immerse yourself in the history of Karuizawa, then pick the Oiwake course. It starts from ① Shinano-Oiwake Station, which is located slightly west from central Karuizawa. This area was first established in the 1600s as a "shukuba" (post station for travelers to rest), and it boasts many buildings that have been designated as cultural heritages by the city. The entire course is only 8 km long, so it's perfect for beginners. Those walking can complete it in about two hours.

Hori Tatsuo Memorial Museum of Literature was originally the house of Tatsuo Hori, a famous Japanese writer of the 1920s. Within the museum are original manuscripts for his novels, along with exhibitions detailing his life. The museum is open between 9:00 am - 5:00 pm and is closed on Wednesdays. Adult tickets are 400 yen, and children's tickets are 200 yen (elementary/middle/high school students).

Hidden in this part of town is a statue of Sherlock Holmes. It is said that in 1988, on the 100th anniversary of the Sherlock Holmes series, the statue was erected here as the Japanese translator for the series lived in the area.

This museum tells the history of Karuizawa's western district, starting from its days as a post town all the way to the present. The admission fee is 400 yen for adults and 200 yen for kids, and it opens between 9:00 am - 5:00 pm (last admisson 4:30 pm, closed Wednesdays).

Did you find something that interests you along these Karuizawa biking trails? We're sure you did! There are plenty of other great places in Karuizawa, so don't hesitate to explore some more!