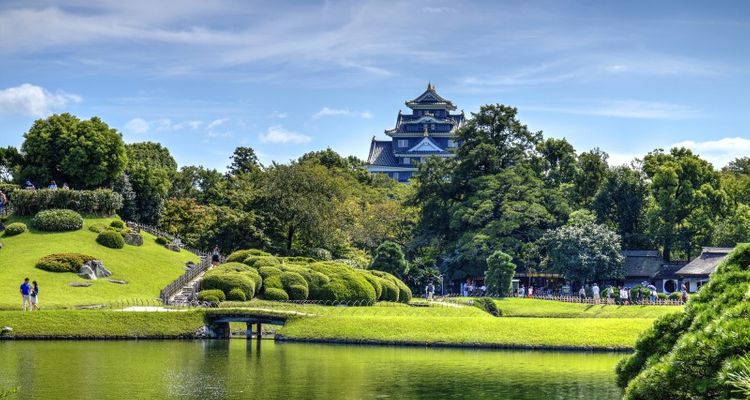 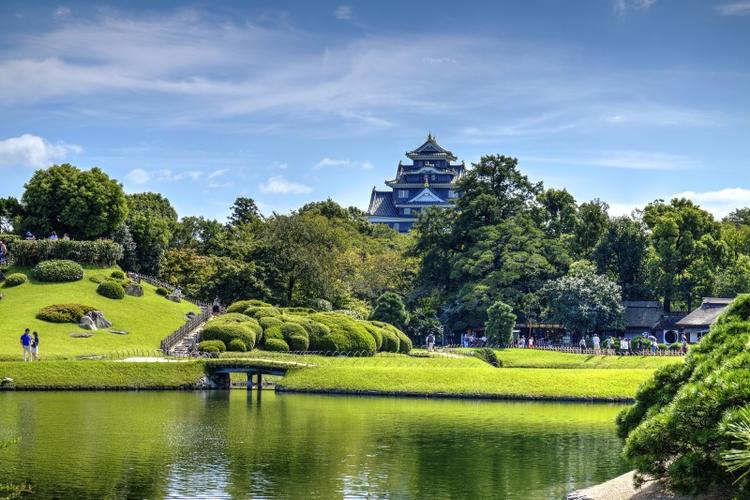 Tour the Unique Historic Architecture of the Chugoku Region

Chugoku, the westernmost region of the Japanese mainland of Honshu, has long prospered as an important global exchange point. It connected the ancient capital of Kyoto as well as Dazaifu, the diplomatic window of Japan situated in Kyushu, with the Chinese mainland and the Korean Peninsula. Naturally, Chugoku is filled with ancient, traditional structures illustrating this fascinating history. Let’s check out some of the best!

The Chugoku Region: A Treasure Trove of Historic Buildings

The Chugoku region covers the westernmost part of Japan and is made up of five prefectures: Yamaguchi, Hiroshima, Okayama, Tottori, and Shimane. It’s known for its expansive collection of sightseeing spots flaunting the history, culture, and scenic beauty of Japan. This includes the World Heritage Site of Itsukushima Shrine, along with Matsue Castle, a national treasure representing early modern castle architecture at its peak, and Okayama Korakuen, one of the Three Great Gardens of Japan.

In this article, we’ll introduce our picks for the best historic buildings and traditional streetscapes in Chugoku. Touring these distinctive localities will undoubtedly lead to a deep, well-rounded appreciation for Japanese history and culture. Let’s dive right in!

Kurashiki Bikan Historical Quarter, located in Kurashiki, Okayama, is a charming neighborhood famous for its streets of white-walled traditional residences and rows of willow trees along the Kurashiki River.

Kurashiki was once under the direct rule of the Edo Shogunate, and flourished as a hub for the transportation of goods. Even today, the city is colored by the remnants of this period, transporting visitors back to the heyday of the Edo period (1603-1867).

The crux of this lies in the Honmachi and Higashimachi areas, which served to connect central Kurashiki and the eastern Hayashima. Once abuzz with merchants coming and going, they are today known for their rows of ancient buildings with white walls and latticed windows. Many of these Edo period storehouses and townhouses have been tactfully renovated into stylish cafes, galleries, izakaya, and more, allowing visitors to enjoy local food and scratch that shopping itch while exploring.

Okayama Korakuen is a garden constructed around 300 years ago to serve as a place of relaxation for Ikeda Tsunamasa, the second-generation lord of the Okayama Domain. It is considered one of the Three Great Gardens of Japan, alongside Kenrokuen in Kanazawa and Kairakuen in Mito. Designed in typical Edo fashion, the ponds, artificial hills, and grass dotting the spacious grounds are all connected via path and waterway, encouraging guests to stroll and soak in the marvelous scenery.

Virtually unchanged since the Edo period, Okayama Korakuen was also awarded 3 stars in the Michelin Green Guide Japan for its outstanding beauty.

Numerous events are held at Okayama Korakuen throughout the year, such as tea harvesting, moon-viewing, and limited after-dark openings where the park is illuminated in an enchanting display.

Itsukushima Shrine, a World Heritage Site registered in 1996, is one of Japan’s most iconic sights. The shrine is said to have been established in 593, and was carefully constructed upon the sea so as to not harm the surrounding island of Miyajima, which is itself considered sacred.

The main building of Itsukushima Shrine took on its current form in the latter half of the 12th century. Its construction was believed to have been heavily supported by Taira no Kiyomori, a powerful military leader of the time who deeply revered the shrine.

Witnessing the vermilion torii gate sitting in the calm Seto Inland Sea alongside the shrine backed by the lush Misen Primeval Forest will leave you breathless. It is ranked as one of the Three Great Views of Japan, alongside Matsushima in Miyagi and Amanohashidate in Kyoto.

Townscape of Mitarai: A Trip to the Edo Period (Hiroshima)

Mitarai, located in Kure, Hiroshima, is a port town that was formed in the mid-17th century. Many of the merchant houses, teahouses, and boathouses built during the prosperous Edo period remain, imbuing the town with a dynamic and historic atmosphere.

Walking amongst its splendid stone-walled temples and white-walled and wooden-fenced homes, you’ll quickly lose sight of the modern world as you venture deep into the Edo period.

There’s lots to see throughout the town, including the 2,100-year-old Utsu Shrine and the retro Otomeza Theater, built in 1937. From the observation deck on the 449-meter-high Mt. Ippoji, you’ll be able to see the calm, clear blue ocean stretching from the Japanese mainland to the island of Shikoku, along with the hundreds of islands within.

Being such a photogenic town, Mitarai often serves as a backdrop for commercials and films, including the Academy Award-winning Drive My Car. If you watched the show, it's a great chance to reminisce on the movie.

Standing in Kozan Park in Yamaguchi City, Rurikoji Temple's Five Story Pagoda was built in 1442 and is the 10th oldest pagoda of the 80+ existing in Japan today. The refined 31-meter-tall structure is characterized by its gently sloping roof and sharp curves that rise upon each of its four eaves. Being such an incredible example of mid-Muromachi period (1336-1573) architecture, it was registered as a national treasure, and is counted alongside the pagodas of Daigoji Temple in Kyoto and Horyuji Temple in Nara as one of Japan’s Three Great Pagodas.

Kozan Park is also famous for its fabulous gardens of cherry blossoms and plum trees, reframing the beauty of the pagoda with each passing season. If you can, view it at night when it's illuminated. Seeing it reflected in the nearby pond elevates its charm to a whole new level.

Kintai Bridge, located in Iwakuni City, Yamaguchi, is a stunning wooden bridge made up of five arches. Celebrated as one of Japan’s Three Great Bridges, it was built in 1673 by Kikkawa Hiroyoshi, who once ruled over Iwakuni. The bridge is 193.3 meters long and 5 meters wide, and the highest points of the arches stand 13 meters above the riverbed.

The five-arch structure of Kintai Bridge is extremely rare worldwide, and its unique construction is heavily praised even to this day. The wood is cleverly fitted together in a way where its durability increases as pressure is applied from above, allowing a single arch to withstand up to 60 tons of weight. You can see the beautiful, neatly aligned wood from underneath the bridge.

Kintai Bridge is also famous for its cherry blossoms in spring, fresh greenery in summer, and vivid foliage in autumn, along with regular light ups doubling its beauty.

Mt. Mitoku, located roughly in the center of Tottori, has long been considered sacred in Shugendo, Japan's mountain worshiping religion. Sitting upon this rugged mountain is Sanbutsu-ji Temple, which is said to have been established in 706 by En no Ozunu, the founder of Shugendo. The entire mountain is considered part of the temple grounds, so there are several halls and structures dotting the area, from the main temple at the foot all the way to the remote inner sanctuary.

The highlight of Sanbutsu-ji Temple is the inner sanctuary, called Nageire Hall, which is built upon a natural cavity in a steep, precipitous cliff. While the exact date of construction is unknown, according to legend, En no Ozunu built the hall at the bottom of the mountain and used his Buddhist powers to throw it into the cliff cavern.

This one-of-a-kind structure is a national treasure. However, as reaching it involves traversing a difficult mountain trail, it has been called “the most dangerous national treasure in Japan.” That being said, it can be easily seen from a distance from the foot of the mountain.

Izumo Taisha: One of Japan’s Most Spiritual Spots (Shimane)

The founding of Izumo Taisha, a shrine symbolizing Izumo, the home of Japanese mythology, is recorded in the Kojiki, Japan's oldest historical chronicle. It enshrines Okuninushi, the famous deity of matchmaking, and attracts around two million worshippers a year.

The current main shrine building was constructed in 1744, and was designed in the “taisha-zukuri” style, the oldest shrine architectural style in Japan. Being 24 meters tall, it is one of the largest wooden shrine buildings in Japan, and is a registered national treasure.

Don’t forget to check out the massive “shimenawa” rope adorning the “haiden” hall of worship. One of Japan’s biggest, it took 1,000 locals more than a year to make, coming in at 13.6 meters long and weighing a whopping 5.2 tons.

Matsue Castle: An Authentic Castle With a Majestic Aura (Shimane)

Matsue Castle, the symbol of Matsue City, was constructed in 1611. It is one of the 12 remaining Japanese castles existing today whose towers haven’t been burnt down or rebuilt since their original construction. Representing the pinnacle of early modern castle architecture, Matsue Castle was designated a national treasure in 2015.

As the tower of Matsue Castle appears like a bird spreading its wings, it is often called “Chidori-jo,” which means Plover Castle. The roof is adorned with copper-clad wooden “shachihoko,” a mythical animal with the head of a dragon or tiger and the body of a fish, which are often spotted atop Japanese castles and other historic structures. Being roughly 2 meters tall, they are the largest wooden shachihoko existing in Japan.

The top floor of Matsue Castle hosts an observation deck with 360° panoramic views over the Matsue cityscape, Lake Shinji, and more.

Explore the Architectural Wonders of Chugoku!

While we’ve shown you the cream of the crop, there are so many more fascinating structures in Chugoku to uncover! Use this guide to start planning your itinerary, and deepen your appreciation of Japanese history and culture through the charms of Chugoku!