- A Hidden Gem In the Center of Japan

Located almost directly in the center of the Japanese archipelago, Gunma Prefecture is a picturesque place filled with bountiful nature that is perfect to visit any time of the year. Thanks to its cool summers, gorgeous autumn foliage, and winter ski resorts, the prefecture is a popular getaway destination, especially among Japanese travelers.

Gunma is particularly famous as one of Japan’s greatest hot spring areas and the prefecture is dotted with onsen resorts that have long been loved by many people, including well-known scholars and other people of culture. The prefecture is also home to a bounty of delicious foods, from regional dishes that make use of locally-produced flour such as udon noodles and fried manju dumplings, to fresh local vegetables and top-brand wagyu beef.

Let us introduce you to the wonders of each of Gunma Prefecture’s amazing areas. 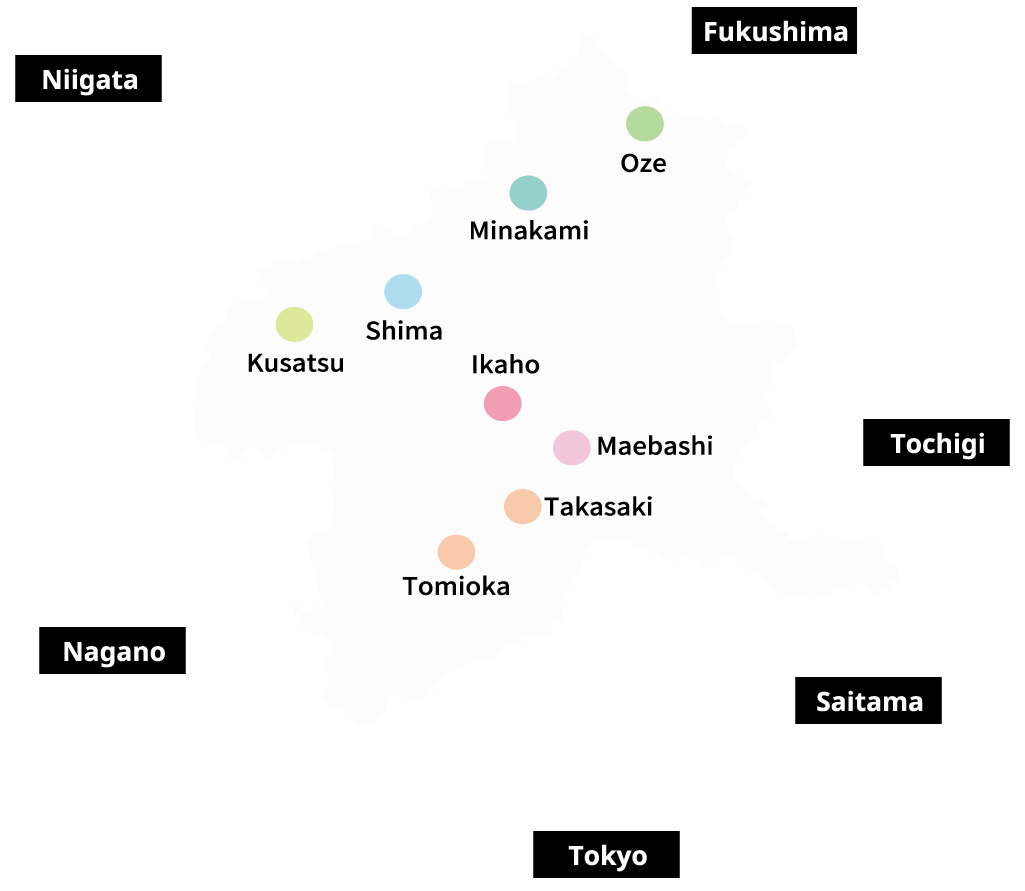 How to get to Gunma

Furthermore, many of Gunma’s popular hot spring areas are easily accessible from Tokyo by bus!

The Minakami area covers the northernmost part of Gunma Prefecture and is filled with a wealth of nature such as Mt. Tanigawa, visible from Minakami Onsen. This hot spring area has charmed many visitors with its classic onsen town atmosphere and incredibly beautiful mountain gorge scenery. 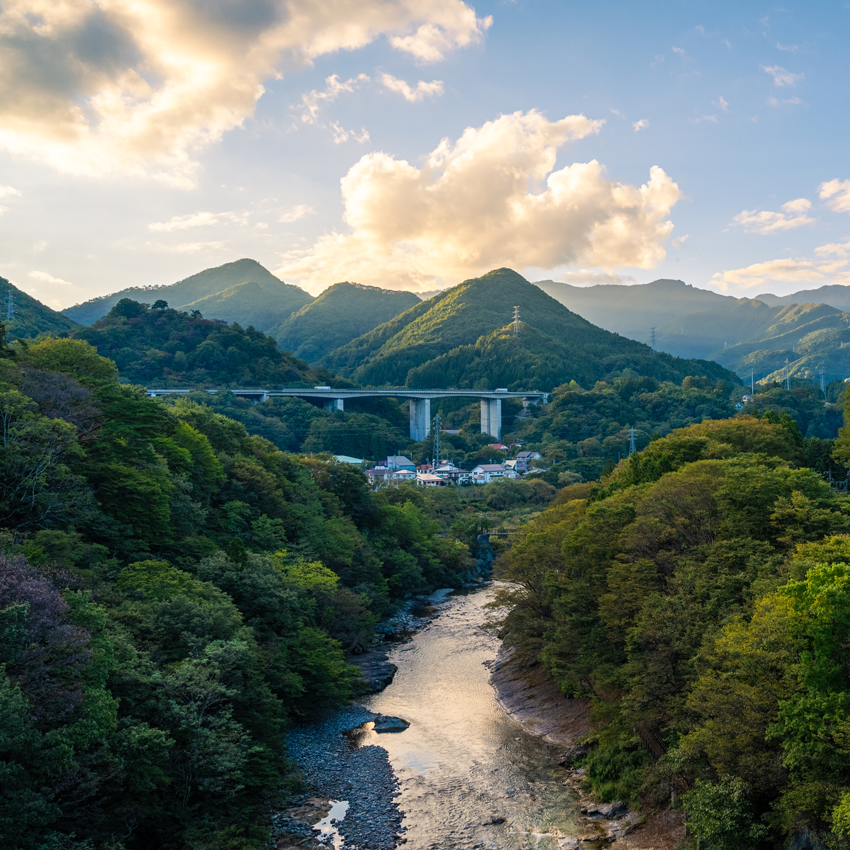 Nestled deep within the mountains of Gunma Prefecture lies the town of Minakami. Although it may seem like an average small-country town, Minakami is the perfect place to explore all the beauty and intrigue that Japan has to offer. Hidden train stations, mountain hikes, canyon rafting, and relaxing hot springs are just some of what you’ll find here.

Oze is the name given to the scenic marshlands spanning Gunma, Fukushima, and Niigata Prefectures. It is definitely worth a visit, having been selected as one of Japan’s top 100 scenic views. Admire skunk cabbages in the spring, blooming daylilies and other flowers in the summer, and a carpet of golden leaves in the autumn, all with gigantic mountains towering over you in Oze. 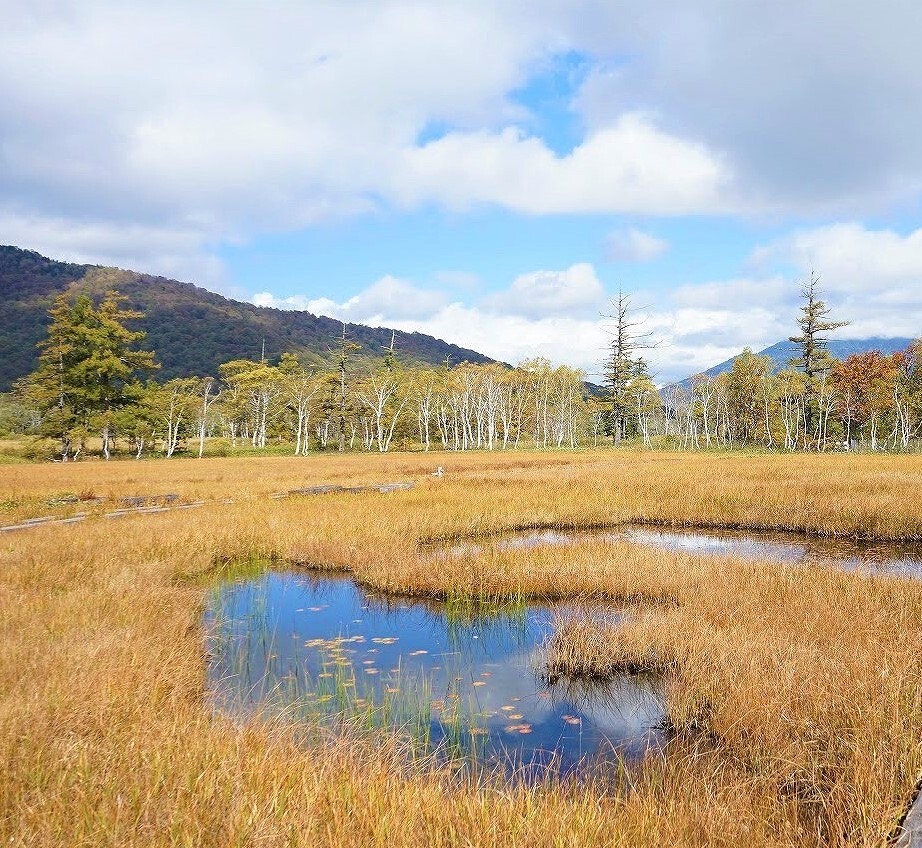 Oze National Park is one of the best places to enjoy early fall foliage near Tokyo. We introduce a two-day trip itinerary that includes hiking to Ozegahara Marshland, an overnight stay at an excellent hot spring hotel, local dining, an impressive waterfall, and a flower temple.

Here you’ll find Shima Onsen which was built alongside the Shimagawa River, with the mystical blue Lake Okushima as a backdrop. The hot spring waters here are said to be incredibly relaxing and good for the skin. Why not take a dip and then take in Shima Onsen’s retro townscape and atmosphere? 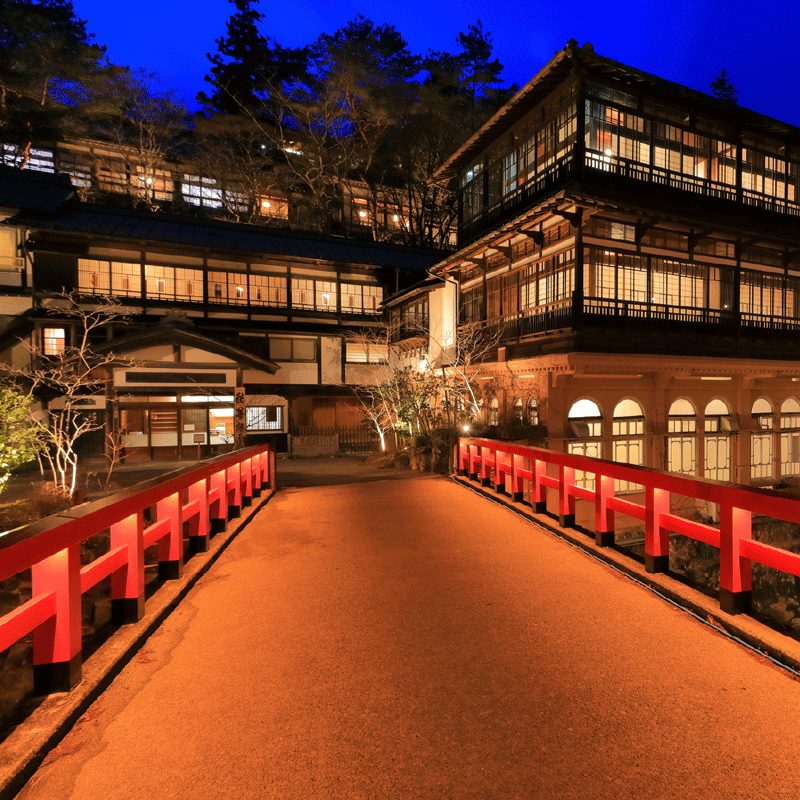 An overnight escape to Shima Onsen

Located just under three hours from Tokyo in the mountains of northwest Gunma Prefecture, Shima Onsen is a peaceful hot spring town whose seclusion, unspoilt atmosphere and stunning backdrop of forests, mountains and lakes make it the perfect destination for a short getaway.

Kusatsu Onsen is one of Japan’s top three onsen. It is beautifully atmospheric and is always bustling with visitors, both domestic and international. The summers are cool, and the nearby ski slopes receive plenty of snowfall in the winter, making Kusatsu a popular ski destination as well. 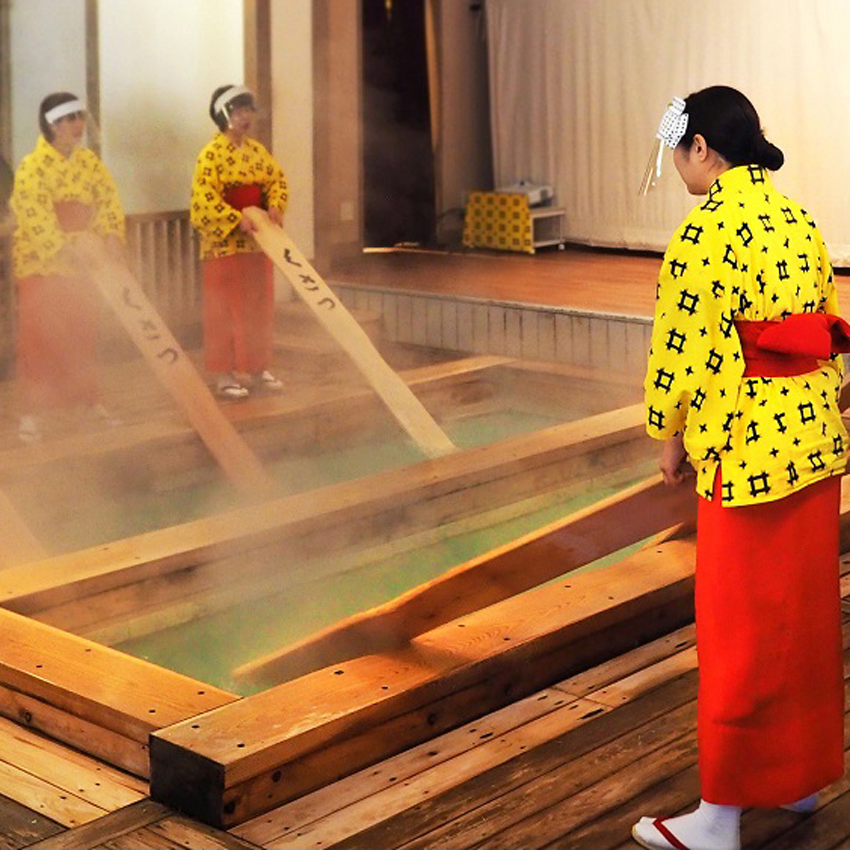 Let’s Go to Kusatsu in Gunma! A Remote Paradise of Hot Springs and Winter Adventure

Kusatsu Onsen is a picturesque hot spring town nestled within the mountainous northwest of Gunma Prefecture. Considered one of Japan’s leading hot spring areas, Kusatsu is most famous for its central “Yubatake” pool of geothermal water surrounded by bathhouses, traditional inns, and a historical temple.

This area is home to Ikaho Onsen which is nearly as popular as the famed Kusatsu Onsen. The onsen town was constructed around a series of stone steps with over 400 years of history and gives off a retro Japanese vibe that people love. While in Ikaho, you can’t miss out on the local cuisine as well, such as Mizusawa udon noodles and onsen manju dumplings, which are said to originate here. 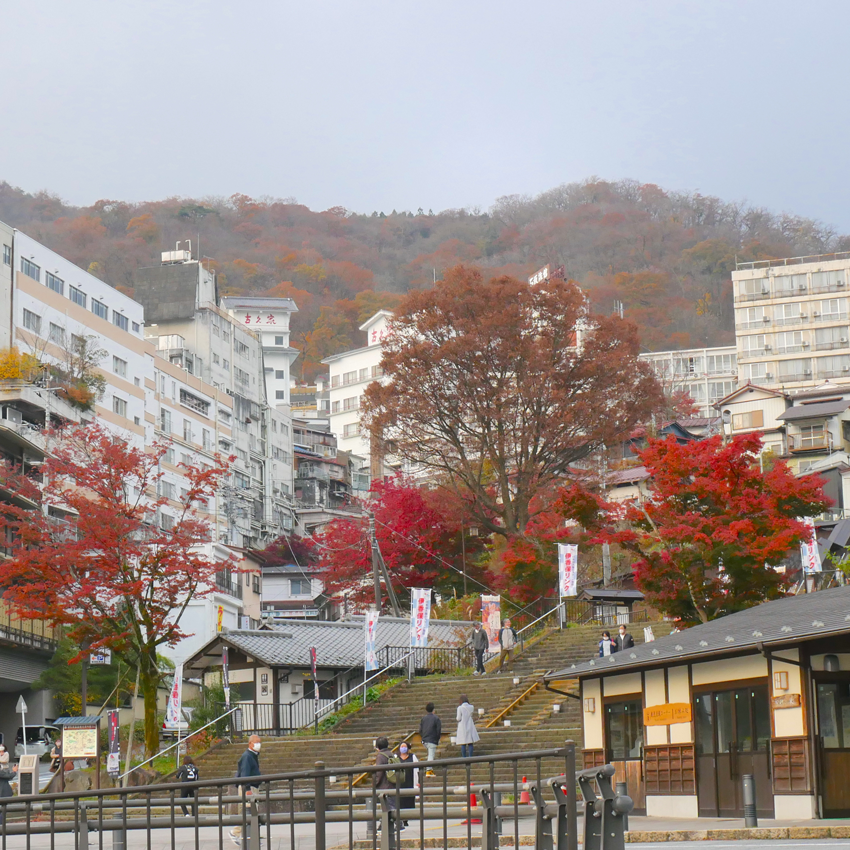 Ikaho is a small town in the mountains of central Gunma Prefecture, which lies to the north of Tokyo. Among Japanese people, it is a popular getaway spot nestled in a beautiful location that is far less crowded than other onsen towns located close to Tokyo. However, it is far less known to international tourists, which is surprising given all of its charm. I recently took a two-day trip to Ikaho and came back with great new memories of hot springs, udon noodles, kokeshi dolls, mystical “power spot” shrines and temples, and so much more.

Maebashi City is the prefectural capital of Gunma Prefecture. It is blessed with nature and has something beautiful to offer in every season. One of the most lovely sights is Mt. Akagi, chosen as one of Japan’s 100 Famous Mountains and home not just to lush nature, but also to a variety of tourist and power spots. 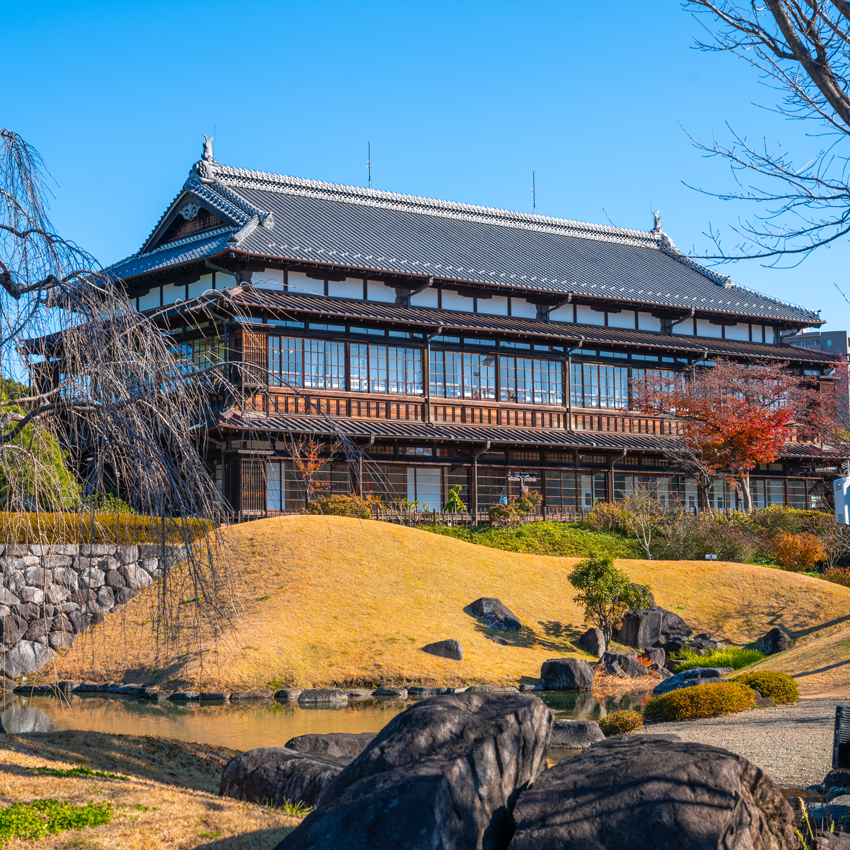 Roughly an hour away from Tokyo by shinkansen (bullet train) in Gunma Prefecture lies the town of Maebashi. Although very close to Tokyo, traveling to Maebashi feels like entering a completely different region. Spacious and surrounded by mountains, it is the perfect short getaway to experience a different side of Japan away from the big city.

Takasaki City is famous as the birthplace of the daruma doll, a traditional Japanese craft and lucky charm. Enjoy its verdant scenery, power spots such as Haruna Shrine, and delicious regional cuisine. We especially recommend strolling through the city to visit sights such as the Tomioka Silk Mill, a World Heritage Site. 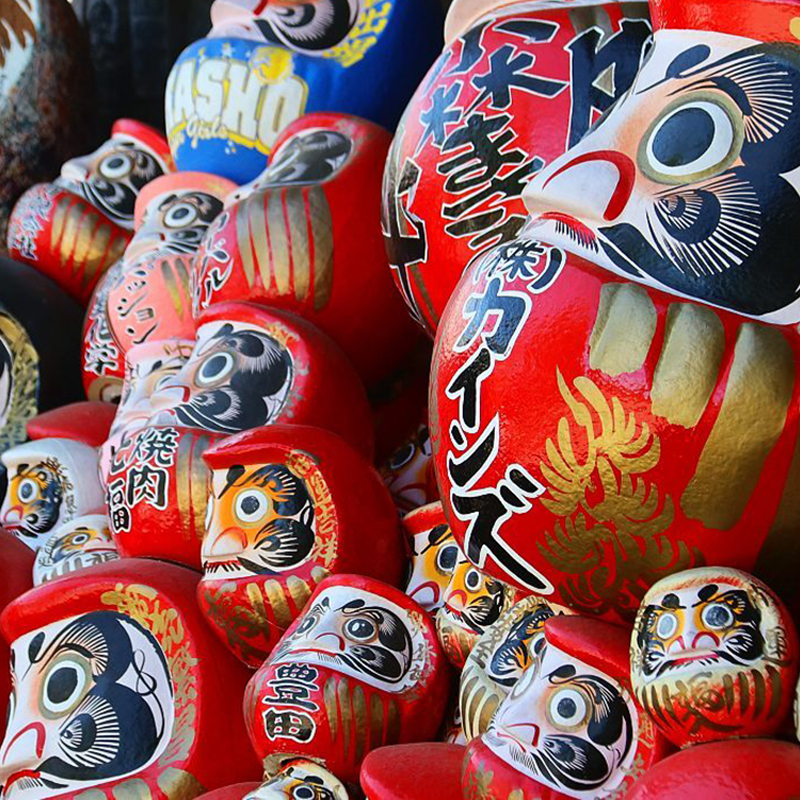 Takasaki - city of the daruma doll

A transport and business hub located just under an hour from Tokyo by shinkansen, the city of Takasaki has remained largely off-radar to the majority of foreign visitors, except perhaps as a stop on the way to Gunma's better known hot spring destinations. 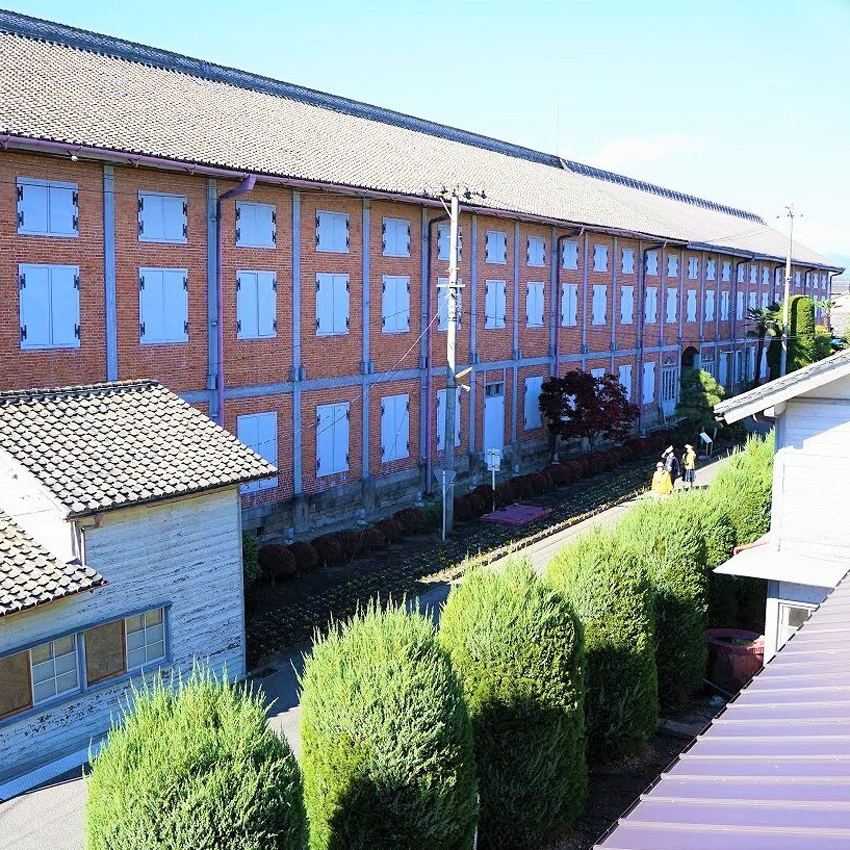 Amazing Artisan Crafts and History! A Trip to Takasaki and Tomioka

The cities of Takasaki and Tomioka are ideal destinations for those who love Japan’s handicrafts. Visit Shorinzan Darumaji Temple, which stands at the origin of Takasaki’s iconic Daruma doll making tradition, Tomioka Silk Mill, a world heritage site, and charming dining and accommodation facilities.

[2021 Edition] 8 Luxury Accommodations in Kanto for a Serene Stay

10 Kanto Onsen to Soak in After Your Tokyo Trip

Top 20 Things to Do in Gunma and Niigata Prefectures - Explore the Hidden Traditional Side of Japan!

4 Days Off the Beaten Track in Gunma and Niigata: History, Art, and Sake in Japan’s Snow Country