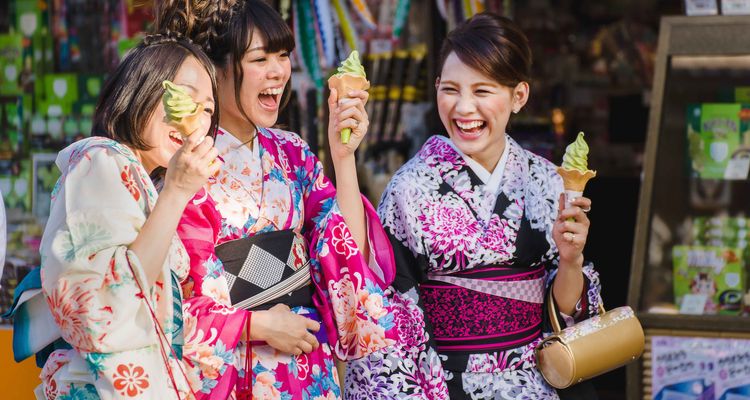 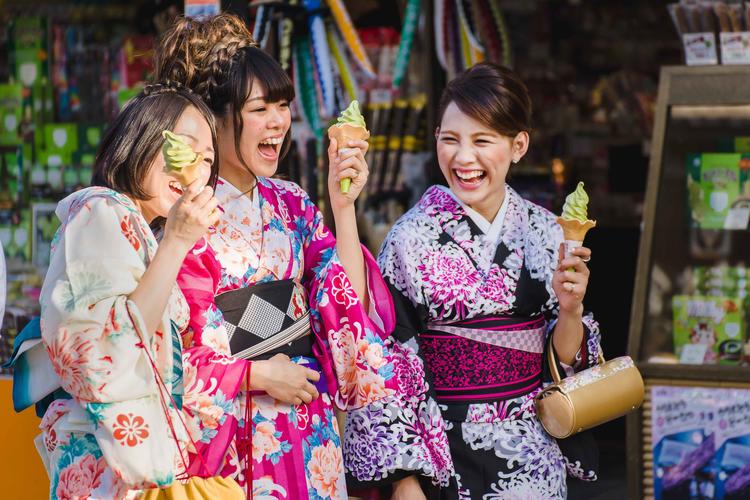 Kansai Dialect Basics: Surprise the Locals on Your Next Trip to Western Japan!

The Kansai region, which includes famous places like Osaka and Kyoto, is notable for having its own dialect called “Kansai-ben.” In this article, we’ll discuss the basics of the Kansai dialect and present some useful tips to make friends with the Kansai locals. Even just remembering a few simple greetings will make your trip to Kansai all the more enjoyable!

What Is the Kansai Dialect?

The Kansai dialect, called “Kansai-ben,” is arguably the most famous of all Japanese dialects. It’s spoken in the Kansai region, which is made up of six prefectures: Osaka, Kyoto, Hyogo, Shiga, Nara, and Wakayama. People abroad often confuse it with the Osaka dialect (Osaka-ben) which doesn’t represent the entire Kansai region. Both Kansai-ben and Osaka-ben use words and intonation different from standard Japanese, and if you take the time to learn a little before traveling, you’ll surely have a more enjoyable trip!

What Do Japanese People Think About the Kansai Dialect?

“It sounds a little angry and scary…”

Standard Japanese is pronounced with steady intonation while the Kansai dialect is more rhythmical and modulated. People from Kansai also tend to talk loudly in public, so the rest of Japan often describes their dialect as somewhat “angry.”

“The Kansai dialect (especially the Osaka variety) sounds fun, like how a comedian would speak!”

People from Kansai are known for speaking very fast and having a sense of humor. Even a regular, everyday conversation can be fun! That’s because the Kansai region, particularly Osaka, has long been a place of thriving commerce where communication was one of the most important skills to have. Even today, the people of Kansai tend to place a higher value on being fun than serious.

Additionally, so many people in the world of Japanese showbiz, especially comedians, come from Kansai. This is why Kansai-ben tends to be associated with comedy.

Basic Kansai Phrases You Should Memorize Before Your Trip!

Below are some common words and phrases from the Kansai dialect and their pronunciation, which will undoubtedly come in handy during a trip to western Japan. Memorize them along with their intonation and you’ll soon be speaking like a local!

Words and Phrases Used in Restaurants and (Friendly) Business Settings

Sentence Endings in the Kansai Dialect

Like standard Japanese, the Kansai dialect uses “desu” and “masu” at the end of sentences in formal settings. However, when talking with close friends or in other informal situations, Kansai people use sentence endings like “ya,” “yaro,” “yana,” “yade,” “nen,” or “yanen.” There are nuanced differences between each but they roughly mean the same thing.

You can easily practice some Kansai dialect right now! Say the name of an object in Japanese and follow it up with a “ya!” like “___ ya!”, which means “It’s a ___!” If you use it during a trip to the Kansai region, you’ll quickly make friends and impress locals!

The Kansai region has its own unique nicknames for a number of things different from the rest of Japan. For instance, they call McDonald’s “makudo,” which is known as “makku” in the Kanto region (Tokyo, Yokohama). They also call 7-11 “sebuire” (“sebun irebun” in Kanto), and refer to Universal Studios Japan as “yuniba” (“USJ” in Kanto).

Also, for reasons unknown, Osakans have a habit of calling sweets (“ame” in standard Japanese) “ame-chan,” with the diminutive suffix “chan” at the end. It’s also not unusual for older Osakan women to cheerfully offer candy to total strangers. This is actually considered one of the most famous examples of Osakan hospitality and humor, so if you’re ever visiting, you might be lucky enough to be offered some “ame-chan” by a passing stranger!

Prefectural Differences in the Kansai Dialect

The Kansai region is huge, being composed of six prefectures: Osaka, Kyoto, Hyogo, Shiga, Nara, and Wakayama. It’s no surprise that the Kansai dialect differs somewhat depending on the location within the region. For example, “to not come” (“konai” in standard Japanese) would be “koohen” in the Kobe dialect, “keehen” in the Osaka dialect, or “kiihin” in the Kyoto dialect. There are sometimes even differences within the same prefecture, and asking someone from western Japan how to say something in Kansai-ben will get you vastly different answers. Once you get good enough, you may even be able to tell exactly where in Kansai they’re from just through accent alone!

Kansai Dialect Quiz! Guess the Meaning of These Kansai-ben Words and Phrases!

B) The person in front of me.

Q4: What Does “Agaru” (To Rise) Mean in the Kyoto Dialect?

Useful Tips to Get Along With Kansai People

Everyone Talks About Money All the Time!

In Kansai culture, it’s perfectly normal to keep asking about the price of something. Expect to hear “kore nanbo?” (How much is it? How much was it?) a lot over there. This whole attitude towards money may be a holdover from the days when the Kansai region was the commercial center of Japan. That’s also why a common exchange of greetings in Kansai goes something like this:

Kansai people love using the word “aho,” meaning “stupid” - but never in a mean way. If they say “ahochau?” (Are you stupid?), it’s often friendly and fun, so don’t get upset! Technically, “aho” and “baka” mean the same thing, however the latter is mainly used by Kansai people when they are angry, so it’s best to avoid it lest you start a fight. In contrast, the word “baka” doesn’t have nearly as much power in the Kanto region, where it’s used casually and often in jest.

Hedging Your Bets With “Shiran Kedo”

In Kansai, after expressing an opinion, many people follow it up with “shiran kedo.” This is the Japanese equivalent of “I don’t know, though.” It doesn’t mean you take no responsibility for what you said, but rather you acknowledge that, even though you’re sure of yourself, you might still be wrong, and if you are, you’re sorry. It’s a common expression in Kansai used almost unconsciously as a sort of “get out of trouble” phrase. Use it when you’re not 100% sure of something or want to break the tension.

Deepen Your Travels With Local Dialects

While traveling Kansai, make sure to use phrases like “ookini” after asking someone for directions and “kore nanbo?” when inquiring about the price. Kansai people are known for their friendly nature and sense of humor, and if they hear their dialect coming from you, they’ll likely perk right up and praise your mastery of their beloved way of speaking!