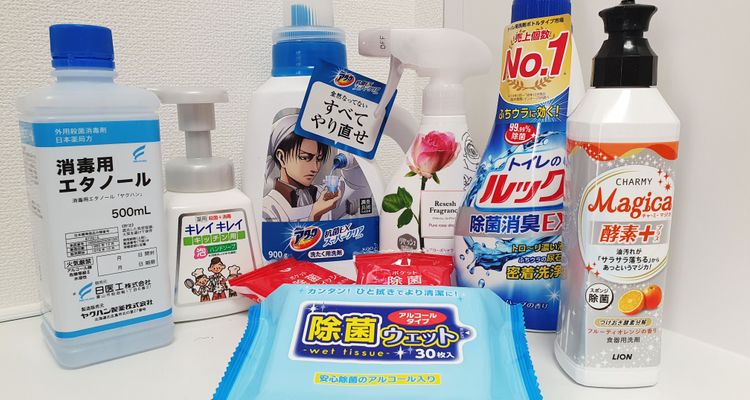 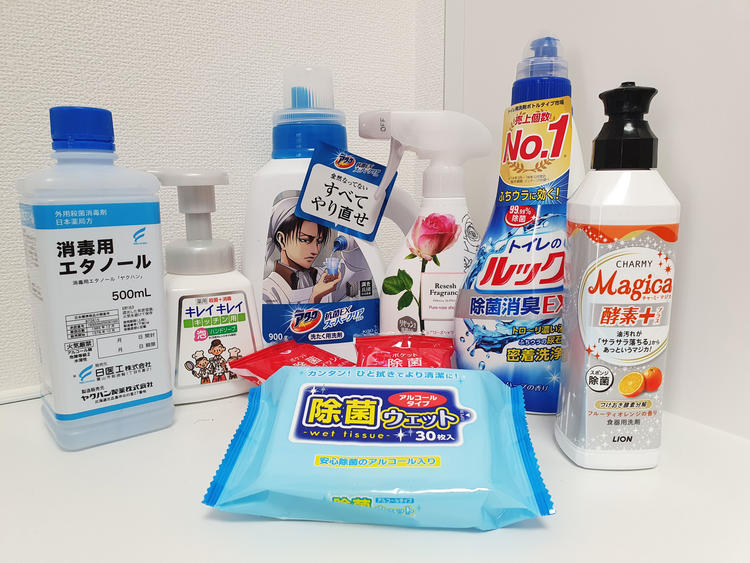 Why Are the Japanese Obsessed With Sterilization? A Brief Introduction Into Their Cleanliness Culture

Japan is widely recognized as one of the cleanest countries in the world; people have high hygiene awareness, along with good habits such as hand washing and mouth rinsing. You will also find all sorts of products labeled as having "bacteria removal" or "antibacterial" properties in their supermarkets, lining the shelves as far as the eyes could see. Why are Japanese people so into cleanliness? What are the differences between bacteria removal and antibacterial? Read on to find out!

How Do You Differentiate Between Bacteria Removal, Antibacterial and Sterilizing?

"Bacteria removal", "sterilizing" and the like are common terms seen on the packaging of household items such as washing powder and detergent in Japanese shops. Even the handrail of escalators is marked as antibacterial! What exactly do they mean? We have come up with some simple explanations below:

Bacteria removal or jokin (除菌) means "reducing bacteria and viruses to some extent".

According to Japanese law, only medical products and quasi drugs can display the word "disinfectant" on their package. To work around this, "bacteria removal" is the go-to replacement for detergents, washing powder, non-alcohol spray, cleaning cloths etc.

Antibacterial products cannot kill off bacteria. Instead, they contain substances which bacteria "hate", e.g. copper, silver and titanium, to slow down bacterial growth. Try looking for the "SEK" (for fiber goods) or "SIAA" (for non-fiber goods) labels when you are shopping!

Use of the term is restricted to medical products like disinfectants and quasi drugs like medicinal soap, as indicated in the Japanese law. Household cleaning products are not allowed to associate with this term.

Sterilizing or mekkin (滅菌) means "wiping out all bacteria and viruses".

The word is mostly found on products like sterilized gauze or adhesive bandage. It is meant to have the strongest effect, though the label actually refers to the fact that the product has been sterilized, not that it can sterilize other items.

Why Do the Japanese Care so Much About Cleanliness?

Many tourists are surprised by the cleanliness of Japanese streets on their first visit, and even more so by the people's personal hygiene habits if they have the chance to interact with locals. The reason behind their love of cleanliness is up for debate, and here are some commonly believed explanations:

Shinto teachings have influenced the country since ancient times. The Japanese believe that divine beings reside in everything; for instance, even the bathroom and kitchen at home have their own gods. Gods prefer clean places, so people feel obliged to keep places clean to please the gods. The idea is deep-rooted in their culture, driving them to pursue cleanliness and shun things they deem unclean.

Japan has a hot and humid climate, accompanied by plenty of rainfall - the perfect environment for bacteria to grow. Food would quickly spoil and household items would easily mold, making it a must to keep everything clean.

Another explanation is that people have the energy to clean up because of the peace and stability they enjoy, as well as the rich water resources in Japan. During the Tokugawa Shogunate period (1600 - 1868), society was harmonious and water channels were built everywhere, from large cities like Kyoto and Edo to rural areas. People washing vegetables and clothes by the channels was a common sight.

The government during the Meiji period (1868 - 1912) had laws in place to ensure citizens disposed of their rubbish correctly, in an effort to maintain the cleanliness of the environment. These all contributed to the people's behavior today.

Health Awareness of the Average Japanese

In Japan, there are usually designated smoking areas on the streets, thus cigarette butts are seldom seen on the ground despite having a large smoking population. Spitting is frowned upon, and when one really feels unwell, they would spit into tissue paper then discard it.

Although many food items are great for eating on the go, it is recommended that you finish them before moving again.

When flu and allergy season comes around, many suffer symptoms such as sneezing and coughing. Japanese people would then wear a mask to protect themselves and avoid affecting others (or sometimes to hide the fact that they are not wearing make-up).

They Love to Take Showers/Baths, Brush Their Teeth and Rinse Their Mouth

In some countries, there is no need to have a bath every day; but for the Japanese, they love taking showers and baths. Public bathhouses appeared around the Edo period, yet hot springs were discovered way before that due to their availability across the country. People have already had a habit of cleaning themselves at least once a day for a long time. Moreover, they are taught to wash their hands and rinse their mouth once they return home since a young age, as they believe keeping their hands and mouth clean is key to preventing disease.

Japanese people change their outfits daily, and for a good number of families the same applies to the towels, mats and bed sheets. Some would change their jacket every single day, even if it is just an overnight trip - all for the sake of cleanliness.

Besides washing directly, locals have a habit of treating clothes with bacteria removing spray too. They would do so when they get home or before sleep for basic cleaning purposes. You can find a great selection of bacteria removing and deodorizing sprays for clothes (with various scents as well!) in supermarkets all over Japan, and they are especially useful after a meal at an izakaya or hot pot restaurant.

The Negative Impact of Over-Cleaning

Whilst the Japanese are known for their love of cleanliness, over-cleaning has in fact become a problem in itself. Studies have shown that growing up in an environment with too little bacteria could suppress the development of the immune system in children, resulting in them becoming more susceptible to allergy and illness. People are beginning to understand that over-cleaning is actually a bad practice, and living with a moderate amount of microbes can help strengthen the body.

Thanks for staying with us till the end! Have you gained a basic idea about the "sterilization culture" in Japan? As the COVID-19 situation seems to be under control in the country, some are attributing it to the good personal hygiene habits of the people. There is no better time than now to adopt just a little of the Japanese way to stay healthy!