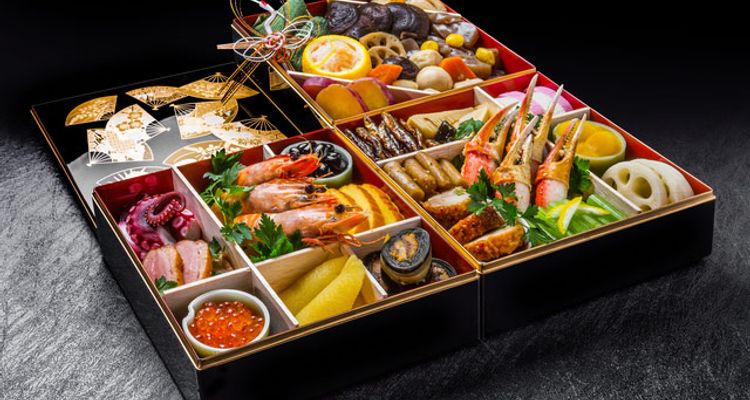 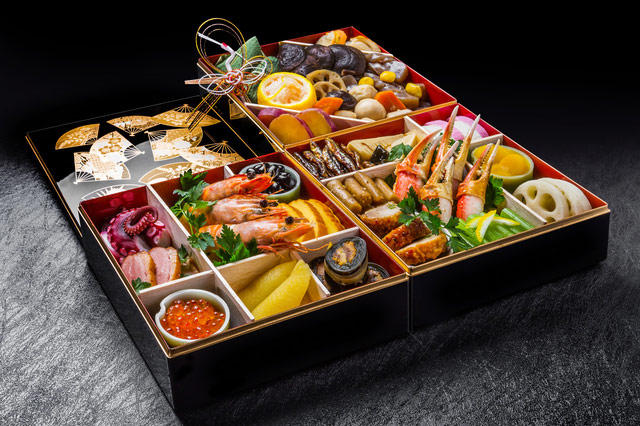 If you're in Japan during certain holidays, you can eat traditional foods associated with the holiday's customs. Or you can eat them all-year-round, maybe! Here is a list of 9 traditional Japanese foods for special occasions.

If you happen to be in Japan for the following holidays, you might want to try the special dishes prepared for the occasions. You will be able to eat most of the dishes even if you miss these dates but it might not be exactly the same. However, Osechi Ryouri is something you will not be able to eat unless you visit during the New Year. Osechi Ryouri is a special dish eaten during the New Year. People prepare Osechi Ryouri ahead of time so that for the first three days of the year they do not have to cook. This is believed to have started in order to avoid making nosies by cooking in the kitchen while greeting the gods in the New Year. Each food contained in the Jyubako (a special container) has special meaning and is believed to bring happiness and good health to the family. Zouni (or o-zouni) is mochi cooked with vegetables and is usually eaten during the New Year along with Osechi Ryouri. Zouni differs from area to area and there is quite a difference between Eastern and Western Japan. For example, around the Tokyo area, it is usually made with clear soup and rectangular mochi. In Western Japan, it is made with miso soup and round mochi. Nanakusa gayu is eaten the morning of January 7th. Nanakusa means seven herbs and it is rice porridge made with seven herbs: water dropwort, shepherd's purse, cudweed, chickweed, nipplewort, turnip and radish. There is a special preparation which needs to be done the night before. It is eaten to wish for longevity and health. It is believed that this tradition started in the Heian period (794-1185/1192 CE).

Kagami biraki is to eat the mochi which was given as an offering to the gods/Buddha for the New Year. People thank the gods/Buddha and eat the offering to wish for longevity and health. It is often eaten as zouni or shiruko, which is mochi in red bean soup. Chirashi zushi is sushi rice with various toppings on top. It is not specific to March 3rd (Girls' Day) and is eaten through out the year. Although the origin of why people started to associate Chirashi zushi with Girls' Day is not clear, the toppings used to have auspicious meanings. For example, shrimp represents longevity and beans represents working diligently.

Shoujin ryouri is cuisine made of vegetables, beans and grains and does not use any animal products. This is because Buddhism forbids violence and thus killing of any kind. It is not clear why Shoujin Ryouri is eaten during the Obon period in summer. However, the same dishes are prepared and offered to the ancestors' spirits who are visiting this world during this time. A pumpkin is eaten on winter solstice. There is a saying that if you eat a pumpkin on winter solstice, you will not catch a cold. It might be just an old wives' tale but pumpkin is full of Vitamin A and beta-carotene making it an immune boosting food. It is believed that the reason people started to eat pumpkin on the winter solstice is because they believed that the negative energy increases on winter solstice when the day is the shortest of the year. Therefore, people ate foods with the letter "n" (ん) which sounds like "un" (運, luck) to bring luck. It is not only pumpkin - other foods such as carrot (ninjin) and ginkgo (ginnan) are eaten but pumpkin (nankin) is the most popular one. The custom of eating soba noodles at the end of the year became widely common in the Edo period (1603-1868 CE) and has been practiced since then. According to the survey done in 2012, 57.6% of the people said they eat Toshikoshi Soba. The reason people eat soba noodle is because out of Japanese noodles, soba noodles break the easiest and therefore by eating soba noodles, they break off all the bad luck before the new year comes.