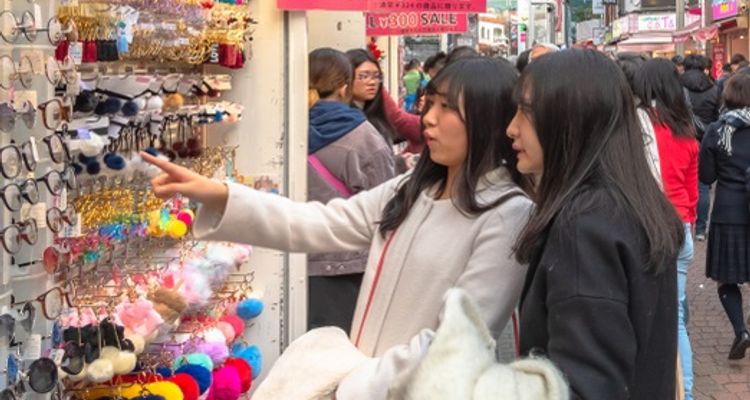 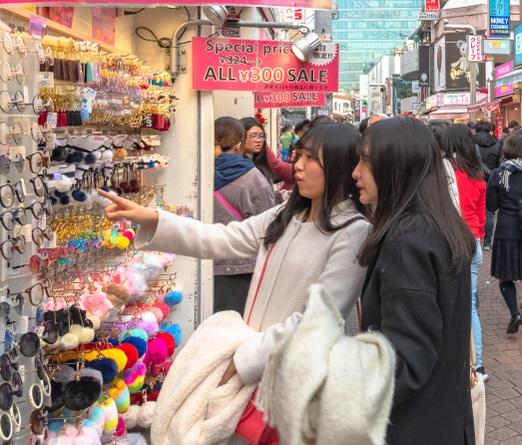 7 Ways to Save Substantially When Shopping in Japan that Only Locals Know!

Shopping in Japan is commonly associated with hefty price tags, but let’s take a moment to examine whether this is an actual fact, or just a wayward stereotype. People's impressions of whether prices seem expensive or inexpensive often depend on the prices that they are accustomed to, so prices in Japan may very well be relatively more expensive for some, and less expensive for others. Although you’d have to actually visit to confirm where Japan's prices rank for you, one commonality between all people, regardless of their background, is an interest in attempting to budget as much as possible. This article is intended for such people and provides some insider secrets to anyone visiting Japan with 10 carefully methods employed by native shoppers to “truly save when shopping in Japan”.

Ticket shops are the perfect place to trade in tickets, vouchers, and admission passes for a high price or buy them at a low cost. They have a wide variety of offerings, including shinkansen tickets, limited express train tickets, highway bus tickets, gift certificates, advance movie passes, advance art gallery passes, amusement park passes, and tickets to viewings at theaters, plays, sports, and concerts. Although it depends on whether they carry tickets for a specific date and time, ticket shops offer a 10% discount on average from standard rates. This is what makes them a "budget" location for those living in Japan, even though they are relatively unknown to international tourists.

For example, a shinkansen ticket between Shin-Osaka and Tokyo typically costs 14,720 yen for a reserved seat, but they can be found for about 1,000 yen less at a total cost of 13,720 yen at a ticket shop. Another example is a ticket to Tokyo Disneyland or Tokyo DisneySea, where an average 1-Day Passport typically costs around 7,500 yen for an adult, but 6,500 yen at the ticket shop. Thus, unused tickets bought at ticket shops are significantly more cost-effective, while still being identical in function to standard tickets.

Since these tickets are actually obtained from customers selling tickets they weren't able to use, there are no problems with purchasing them. Prices can also be flexible, and the cost of the ticket adjusted for factors such as impending expiration dates, in which they're discounted. Ticket shops also offer foreign currency exchanges, and their rates are generally said to be comparatively cheaper than the rates at airports and banks.

They can be found throughout any city, with locations concentrated in central areas, making them convenient places to exchange currency and purchase any tickets you may need.

2. Accrue Points on the d POINT CLUB App to Save Money When Traveling and Shopping

d POINTS can be accrued in any Matsumoto Kiyoshi or Satudora (drug stores), Tokyu Hands (household goods/lifestyle products), Plaza (cosmetics vendor), Life (supermarket), Animate (anime goods specialty store), or Family Mart (convenience store) location in Japan. In many cases, you’ll receive 1 point for every 100 yen (plus tax), and exchange 1 point for 1 yen. Using the service is extremely simple. Before or during your trip, all you have to do is download the app and register as a new member. After that, you can use the app just by logging in.  (Note that the app is only available to users from countries listed following the * symbol below).

A huge perk of registering is that you'll gain free access to a wifi network from DOCOMO, one of the major cellular companies in Japan, at airports, train stations, restaurants, convenience stores, and other places specified here, as well as get access to additional travel perks.

Additionally, new members can receive novelty goods such as a phone strap featuring the highly popular d POINT character POiNCO by visiting one of these locations. d POINT members also have access to exclusive coupons such as 15% off JAL ABC, an airport delivery service that connects airports and accommodation facilities; 10% cashback on reservations made the Booking.com; and discount coupons at participating d POINT stores (up to 50% off).

Just by signing up as a member, you'll not only get access to coupons and limited goods, but you'll be able to earn points every time you shop, making this a great way to save money for anyone planning to visit Japan.

3. Clever Ways to Get Discounts on Standard Prices! Tips to Save Money at Convenience Stores

The consumption tax rate in Japan was raised from 8% to 10% on October 1, 2019. In order to prevent a drop-off in spending due to the heightened tax rate, the Japanese government has implemented a service known as the “cashless/consumer rebate”, offering a 2-5% rebate on cashless payments for a period of 9 months until June of 2020. Major convenience stores (Family Mart, Lawson, Seven Eleven, Ministop) offer instant rebates, and a 2% discount is applied to purchases made by a cashless payment method. As such, it's best to pay by credit card or electronic money as opposed to cash when at a convenience store.

Most water sold in convenience stores are small, 500 mL size bottles priced at 100 yen + tax. On the other hand, you may find it strange that a 2 liter bottle of water is 91 yen + tax. In spite of a difference of 1.5 liters in volume, the 2 liter bottle is nearly 10 yen cheaper. It's likely that that the smaller, more portable 500 mL battle sells better and is thus priced higher - but in any case, be sure to keep this in the back of your mind when purchasing water while visiting Japan.

Although there are subtle differences in rules depending on the convenience store or the special deals in effect, bento (lunch boxes), especially those with noodles, and prepared dishes are discounted by anywhere between 30 and 50 yen at night (from about 6:00 pm to 10:00 pm or 12:00 am). Also, items such as rice balls, tea, sandwiches, and smoothies are occasionally also available at a discount when bought with bento items. Such items or packages will have a discount sticker on it, so keep an eye out for those when shopping.

4. Japanese Supermarkets are Cheaper than Convenience Stores! Shop Smart and Save

・Raw foods like sushi and sashimi, as well as bentos and prepared dishes, can be discounted by as much as 50% at night

In order to try and sell out all raw food products that don’t store well, Japanese supermarkets will attempt to clear out all the stock at the end of the day with discounts between 10% and 50% on many sushi, sashimi, delicatessen, and bento items. These items get cheaper and cheaper not only as it gets closer to closing hours, but also as the food gets closer to its expiration. However, since popular items tend to sell out much earlier, you’ll want to keep in mind that you won’t necessarily find what you’re looking for if you end up visiting later at night. Of course, these time-exclusive sales are also contingent on each branch or supermarket's policy, so the times and rates can be different from those listed here. If you can find a supermarket close to where you're staying, keep in mind that supermarkets are preferable to convenience stores.

Additionally, supermarkets can be a great place to buy souvenirs such as snacks, candies, and even tea powders at a discounted price, especially if you have many people you want to get gifts for.

・Save on beverages, instant ramen and snacks with discounts up to 40%

Whether it's original products or third-party products, supermarkets generally offer prices lower than retail price, as opposed to convenience stores that stick with retail price. For example, a 500 mL bottle of tea at a convenience store typically costs around 150 yen, but the same bottle at a supermarket would cost around 90 yen for a discount of around 40%. Of course, even if you buy a 1.5 liter or 2 liter bottle, supermarket prices are still less expensive. This also the same for coffee, milk, 100% juice, and alcoholic beverages like beer, chuhai (tonic water mixed with shochu, a kind of distilled Japanese alcohol), sake (Japanese alcohol), and wines, with prices that are anywhere from 20% to 50% cheaper than convenience stores. Instant ramen is also cheaper at supermarkets, costing on average around 180 - 200 yen in convenience stores, but 30% - 50% less at the supermarket. Of course, snacks and candies are also cheaper at supermarkets.

5. Test Your Luck at the Beginning of the Year! Purchase a Lucky New Year's Bag from Your Favorite Brand Priced at Half of its Total Retail Value

In Japan, everywhere from large-scale shopping complexes to individual shops and specialty stores have major sales at the beginning of the year. The New Year's period is typically when sales are most prominent throughout Japan, and special New Year's lucky bags called "fukubukuro" are sold to commemorate the occasion. Most fukubukuro offer significantly higher value than cost with deals like "30,000 yen worth of merchandise at 10,000 yen", giving you an opportunity to buy products you can typically only buy at standard retail price. By not disclosing the contents of the bag, the fukubukuro also resembles the traditional test of fortune that can be found in temples at the beginning of the new year, and even just opening the bag is also a thrill in itself. These fukubukuro are limited in supply, and the sale of these bags at your preferred brand or store winds up being a festive and exciting event for many prospective shoppers. In recent years, for publicity, some bags have been filled with high-end products and sold with their contents revealed.

6. The Turn of the Season is the Best Time to Buy Seasonal Clothing! Keep an Eye Out for Clothing Clearance Sales!

If you're looking to buy clothing in Japan, you'll likely be interested to learn that the turn of the season is the best time to buy clothing. Apparel shops change their clothing lineup at the turn of the season. In other words, these stores are intent on clearing out as much of their inventory as possible at these times. Even if the products that didn't sell from the previous year were put on sale again the following year, they'd likely end up left over once again. As such, the summer sales and winter sales held in major chain stores can offer discounts between 30% to 70%, as stores fervently attempt to clear their stock. Japan's seasons are divided into spring between March and May, summer between June and August, autumn between September and November, and winter between December and February, so be sure to check for these sales if visiting during a change of seasons.

Outlet malls carry merchandise that are either dated, or simply didn't meet regulations at significantly discounted prices. While called "outlet malls", their products are not defective by any means. Between products with slight issues in coloration, frays, small smudges, products returned for a refund, leftover inventory, and products from several seasons prior, these are products that have been cleared from shelves in retail stores, but still offer the same exact functionality as standard products. Considering that you can acquire clothing, shoes, household appliances, or popular brands of domestic and international products with slight marks, faded colors, or products that might just be a tad dated, all at discounted prices, outlets are unmissable places to shop. They can be found all across the country, and though many are a little removed from the city centre, many offer shuttle buses from the nearest train station or transportation hub, meaning that access shouldn't be a problem.