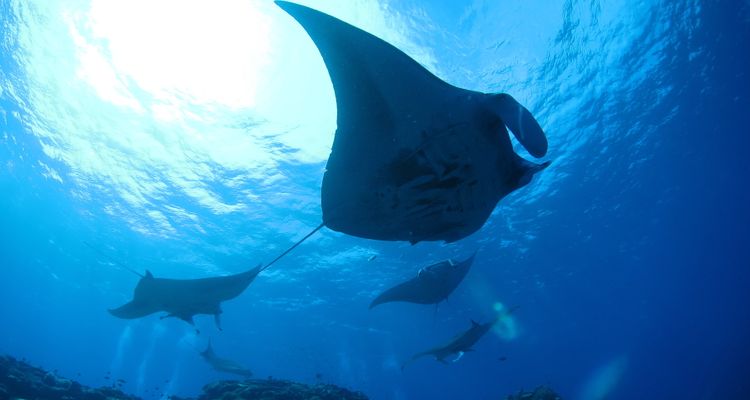 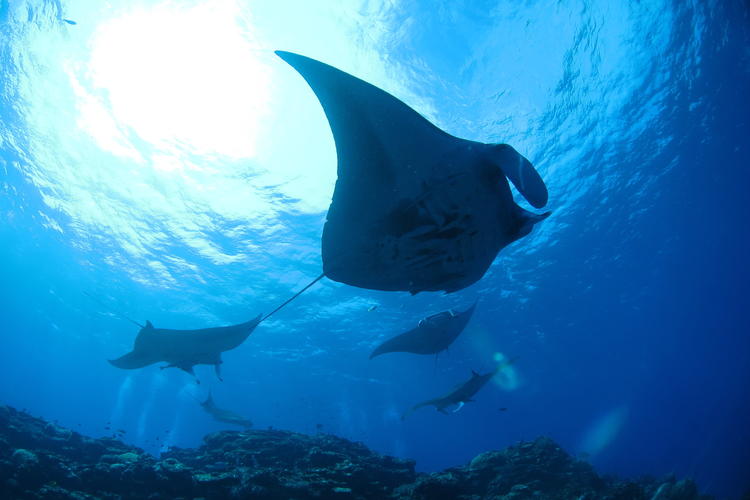 7 Scuba Diving Spots in Japan You Must Visit

With 34,000km of coastline, Japan has plenty of spectacular diving spots for scuba divers. If you are traveling all the way to Japan, we are sure you to see all the diverse marine life and to enjoy the beautiful beaches the country has to offer.

With 34,000km of coastline, Japan has plenty of spectacular diving spots for scuba divers. Although you can find places to dive throughout the country, for this article I have chosen places in the southern part of Japan, mainly in Okinawa. This is because the water is warmer and clearer in the south and if you are traveling all the way to Japan, we are sure you to see all the diverse marine life and to enjoy the beautiful beaches the country has to offer. Miyako Island is famous for its beautiful clear ocean. Here, you can swim with sea turtles as well as explore the coral reefs. However, what is really unique about the Miyako Island dive is that it has arches, caves and tunnels. Miyako Island is 300km southwest of Naha and 130km of east of Ishigaki Isalnd. The only way to travel to Miyako Island is by plane, with about 20 flights from Naha and a direct flight from Tokyo a day. Ishigaki Island is part of Okinawa prefecture and is located 300km northeast of Taiwan. People come here from all over the world to swim with manta rays. The best time is from spring to autumn but even at other times, manta rays are spotted around the island. A new airport opened in 2013, so traveling to Ishigaki Island has become easier. Check out the information on the website ishigaki-Japan.com about discounted flight tickets from Tokyo for foreign visitors. Chichijima is located 1000km south of Tokyo and is known as " the Galapagos of the Orient" since it was never connected to any continents and evolved independently. Here, you also will get to see various whales, dolphins and rays. In 2011, it was registered as an UNESCO World Heritage site. There is no flight to the Ogasawara Islands and the only way is a 25.5 hour ferry ride from Takeshiba Sanbashi in Tokyo. There is only one ferry a week, except for during the peak season when the ferry runs every three days. The ferry does not run for two weeks for maintenance once a year, usually in January, so be sure to check the ferry schedule when planning you trip! Yoron Island is famous for its beautiful beaches as well as its clear water, and tourists come to the island to enjoy various marine sports. The island is surrounded by coral reefs full of life. In 1993, a boat was sunk to create a wreck and although slightly cheesy, there is also a man made structure in an ancient Greek style. Although Yoron Island is part of Kagoshima Prefecture, it is actually closer to Okinawa. From Okinawa, it is a 2-hour ferry ride, but from Kagoshima, it is almost a 20-hour ferry ride. There are also flights from Naha and Kagoshima. If you would like to do a wreck dive of an American submarine, there is a wreck of the USS Emons off Kouri Island. It was hit by five kamikaze planes and later was sunk by the Americans in order to prevent the Japanese from getting hold of it. It is 34m to 46m under water and therefore it is not for beginners. There are various companies which organize a day trip to the wreck. Hateruma Island is only an hour away from Ishigaki Island and is the southern most inhibited island. The island is just over 12km2 and is a very small and peaceful place. It is not a place to party, but rather a place to enjoy diving in the spectacular clear waters and to take a walk on the white sandy beach while gazing at the Southern Cross at night. Unfortunately the high-speed boat from Ishigaki Island is often canceled due to bad weather, but you can also take a ferry which takes two hours. western inhabited island of Japan and is just 108 km east of Taiwan. It is a great place to dive if you want to see hammerhead sharks. The best time is from November to May. Yonaguni is also famous for its underwater stone structure which some people believe is man made. There has not been any formal research done into the structure, and among the Japanese archaeologists, the consensus is that it is a natural structure, but whether it is man made or not, it is still an interesting dive spot. You can visit Yonaguni by taking an hour flight flight from Naha Airport which flies everyday or a 4.5 hour ferry ride from Ishigaki Island which runs twice a week.