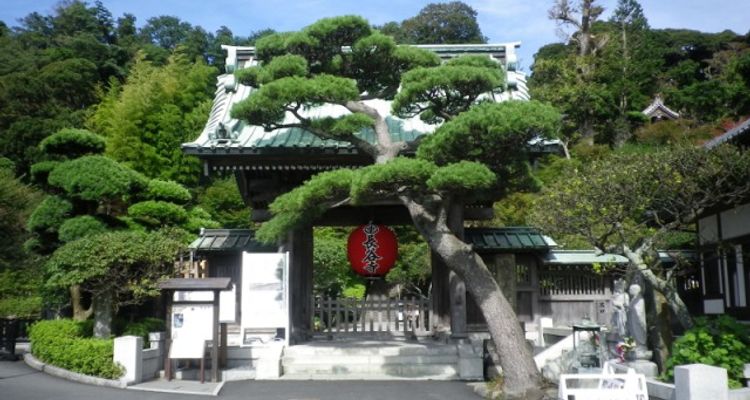 6 Best Temples and Shrines in Kamakura

In the west of Japan, there are historical cities like Kyoto and Nara. In the east and only an hour away from Tokyo by train, Kamakura is a historical city that was established as a shogunate in the 12th century. It is well-known for the Great Buddha statue and the shrines and temples within it.

Historical cities like Kyoto and Nara are famous and popular among visitors but there is another historical city that is located an hour away from Tokyo by train and you shouldn't miss it. It is none other than Kamakura city in Kanagawa prefecture. What does Kamakura have to offer? Walking along the streets, you would feel like you have stepped back in time during the samurai era. It is a city rich in history and culture, which is preserved to this very day in the city's shrines and temples. Scroll down for the 6 best temples and shrines in Kamakura.

Kamakura, the city once filled with Shoguns and monasteries

Minamoto no Yorimoto was a samurai in the late 12th century and he built a shogunate to lead the samurais, that was distinct from the typical governments by past aristocrats. Such a turning point in history all began in Kamakura. The location was strategic with rolling hills and a jade green sea. It not only became a mighty capital - new Buddhism concepts flourished from within during the Kamakura period with new and many Zen shrines and temples sprouting here and there.

We definitely recommend the [Kamakura Enoshima Pass] offered by the JR railway. With this all-day pass, you can hop on and off as much as you like on all JR lines within the Kamakura and Enoshima area, including the Shonan monorail and Enoden. It makes traveling within the area convenient as the temples and shrines are dispersed in all directions, and by hopping between lines, you'll be able to get to your destination with the least amount of time spent on walking or getting lost! You can also visit the shrines and temples again and again during that one day, without having to worry about transportation cost. Meigetsu-in is a Rinzai Zen temple and it's well known for its beautiful hydrangea blossoms during the rainy season in June. Most of the hydrangea plants in the compound are originated from Japan and when they bloom, the temple bursts forth in different shades of blue and the walk up to the temple from the entrance then feels like a magical path. Besides offering its visitors breathtaking views during June, it is just as beautiful in autumn when the leaves change colours. There is a round window within its walls that provides visitors a picturesque view. The window was built not only with aesthetic intentions, as it is taught in Zen that noble truths are represented by a circle. You would probably wonder then, which noble truth were the samurais at that time, contemplating while looking out from that window.

The compound also houses a Japanese rock garden that can be commonly found in the temples in Kyoto.

It is said that Zeniarai Benten is a shrine for a water deity. The shrine is located inside a cave and from within it, a spring flows. People say that if you were to wash your money with the spring's water, your money will multiple in folds. There are small bamboo baskets at the spring for you to put your money in it. Pour the spring water onto your money but don't forget to dry it because you definitely wouldn't want to have wet money in your purse or wallet. Hase Kannon, which is also another Jodo-shu temple is not far away from Kotoku-in and its Great Buddha statue. Hase Kannon is famous for its 11-headed wooden Kannon statue that happens to be the biggest one in the whole country. Unfortunately, visitors are not allowed to take pictures of the grand statue.  Within the grounds, there are viewing spots for you to catch picturesque views of the sea and the Yuigahama beach.

Just like Meigetsu-in, Hase-dera is also known for its hydrangeas. As you can probably experience just by looking at the picture above, with hydrangeas surrounding the stone statues, one can imagine the serenity of the compounds.

Tsurugaoka Hachimangu was built during the rule of  Minamoto no Yorimoto for a deity that was said to be the protector of Kamakura's samurai clans. This shrine is a popular place for locals to usher in the new year and it is also the most-visited tourist spot in Kamakura. The main building is located deep into the compounds and you will not be able to miss it as you enter the grounds and walk under the big Shinto gateway, over the arched bridge and up the stairway made of stone. 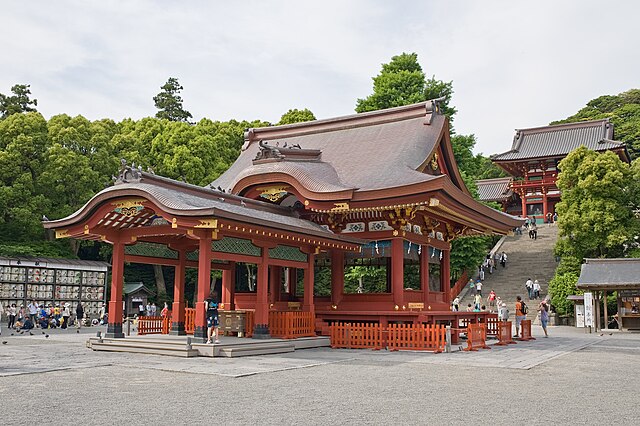 You would also be amazed at the number of pigeons in the compound. It is said too that the pigeons are the helpers of the deities. Hokoku-ji, a Rinzai temple has a lush bamboo garden behind the main building. That probably explains why this temple is also fondly called the Bamboo Temple. You'll be able to see stone statues and garden lanterns in every corner of the garden. The tall bamboos create a shade that provides a calm serene atmosphere and when the wind blows, the sound of the leaves rustling soothes the hearts of each visitor.

If you have the time, you can have a cup of matcha while taking in the view. The samurais of ancient days might have spent time leisurely in this very bamboo garden over a cup of tea.

Bonus point：Be a samurai for a day! To truly immerse yourself in the moment of enjoying the temples and shrines and understanding Japan's history and culture, you can rent costumes that depict the clothes worn in the past. Yes, you can actually be a samurai for a day in modern Japan. The link below will provide more information on how you can go about renting those costumes.

Besides the shrines and temples mentioned above, naturally there are other locations that also offer a rich cultural experience within Kamakura. Besides being a historical place, Kamakura and its natural surroundings with its green hills and emerald sea, makes a great location for outdoor activities like hiking and surfing. You definitely wouldn't want to miss out on Kamakura when you are in Tokyo.