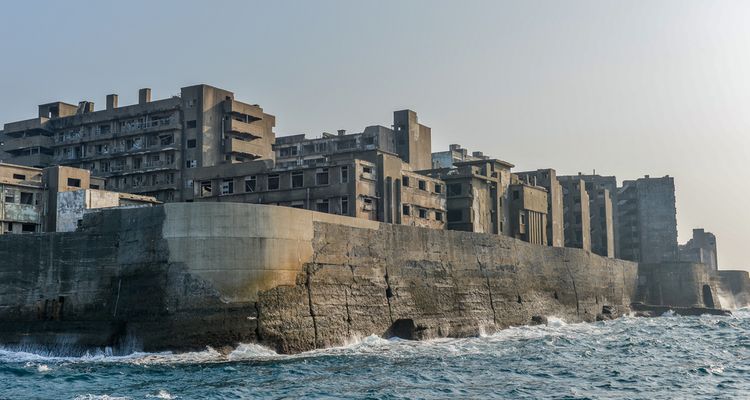 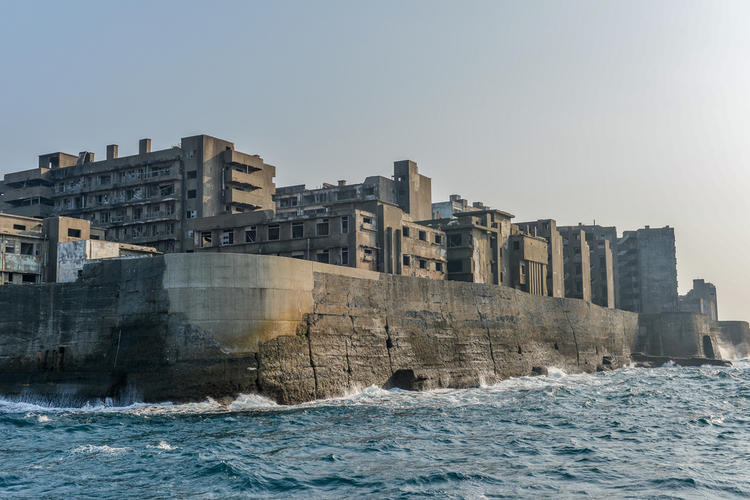 5 Infamously Scary Places in Japan You Shouldn't Visit (And One You Should!)

When thinking about all the exciting and mysterious places you can explore across Japan, there are a select number of names that come up which should just be avoided. Whether they are linked to a gruesome murder, run you the risk of becoming a lost hiker, or are just too dangerous to get close to, here are 5 infamously scary places in Japan you should avoid at all costs.

WARNING! A Word to the Wise

Many of the places on today's lineup are known as haunted or terrifying spots to test one's courage. Regardless of whether you believe in ghosts or not, just from looking at the images and hearing the stories that come from these locations, anyone's curiosity is sure to be piqued. However, while the scary places we are looking into today are certainly fun to talk about, and may even capture your imagination when it comes to the supernatural, they should not be visited by any means.

Having said that, let's take a look at 5 scary places across Japan!

Aokigahara Forest is infamous both inside Japan and internationally. This place receives the moniker of “suicide forest” due to the abnormally high number of suicides confirmed within. Furthermore, the forest is supposedly the second most popular place in the world to commit suicide, only surpassed by the Golden Gate Bridge.

The popularity of the forest as a suicide spot has led to signs urging those who may enter to reconsider and seek help. Suicides here are so frequent, in fact, that police and volunteers conduct monthly searches for bodies that have chosen the forest for their final moments. Despite their best efforts to find and remove the remains, the chance of encountering a corpse on a hike through the forest is not unlikely.

With 35 sq. km of wilderness at the northwest base of Mt. Fuji, the area is undoubtedly a beautiful landscape, but one that has proven to be the final stop for many a lost soul. While its other name “sea of trees” sounds inviting, exploring the depths of the forest is not a good idea. The volcanic soil rich with magnetic iron in the area causes magnetic anomalies and renders compasses useless, which can easily lead to getting lost or wandering around in circles in the wilderness.

An Allure of Darkness

To make things even more eerie, those who have entered Aokigahara Forest with intentions of self-harm but reconsidered their plans to end their life have reported a strange pull into the darkness of the forest, as if it were calling to them. Historically, Aokigahara Forest has long been a place of morbid activities, with records claiming it to be haunted by the spirits of the elderly who have been abandoned there in times of hardship (This is referred to as "Ubasute," the supposed practice of sacrificing of elderly family members in order for the rest of the family to make by with one less mouth to feed).

Aokigahara Forest is not a place to be taken lightly, in any event, so think twice before looking for adventure in this macabre wilderness.

The Old Inunaki Tunnel is the spot of a gruesome murder deep within the mountains of Fukuoka. In December of 1988, the charred remains of a man (age 20) were found within this mountain tunnel. The perpetrators of this gruesome act were reported to be a group of teenage boys.

A History of Spirits

The area also has a history that goes back over 1000 years as a training grounds for esoteric Buddhist practitioners, who claimed the area to be a spiritual hotspot of lost souls. These claims were later backup by a modern spiritualist who visited the mountain area in the aim of recording a television special but promptly refused to go farther due to the foreboding spiritual atmosphere.

You Shall Not Pass

The tunnel itself has been sealed off with concrete blocks, but an opening in the top of the tunnel still allows entry for anyone foolish enough to climb over. There are various tales recounted on the Internet of thrill-seekers who have entered the tunnel only to regret the decision later on, reporting the feeling of being watched by a malicious energy. In addition, camera malfunctions, paranormal activities, and unidentified noises have been reported within the tunnel.

The tunnel is no longer in use and far off the beaten path, meaning no assistance would be able to reach you in an emergency situation, so it is highly discouraged that you try visiting.

Takakonuma Greenland (often misspelled in English as Takakanonuma) is one of the creepier places on this list in terms of appearance, but its legend has been overblown in recent years. It is certainly not a place to be visited now, but not for the reason you might expect.

The story begins with Japan’s rising bubble economy in the 1970s in a rural northern part of Fukushima Prefecture, but the tale ended prematurely in 1986 in failed dreams never to be truly realized. Allegedly, after a few deaths by people falling from the rollercoasters, the park was shut down and multiple attempts to reopen the park all failed. Rather than demolish the area, it was just left to rust and fade out of the public consciousness.

Due to the dilapidated nature of the park for years after it’s closure, it could easily have set the stage for some gory 1980s horror flick, and indeed there were reports of strange voices and ghost sightings within the abandoned park from those who visited it. The decaying and dangerous structures were like a beacon calling out urban explorers who seemed to find the location popular, however, since 2018 the area has been mostly outfitted with solar panels and all remains of the park attractions have disappeared.

The legend Takakonuma Greenland still lives on as pictures and stories about the park continue to surface on the Internet from time to time, but that is the first and last stop for anyone looking to test their courage in the park these days.

Built over a century ago in the town of Bibai in Hokkaido Prefecture, the Round Schoolhouse (which gets its name from its design), was abandoned in the 1970s and has played host to numerous reports of paranormal activity. After the building was abandoned due to economic reasons, the desks, chairs, and other miscellaneous school-related items remained as they were for the past few decades, waiting for the young students who will never return.

Perhaps the first report of paranormal activity at the school was an instance of a little who was spirited away right in front of her classmates. According to the legend, searches for the missing girl turned up nothing from the police. After its closure, more rumors began to spread of will-o-the-wisp sightings, howls from within the ruins, and the ghost of the missing girl roaming the school grounds.

In a more sinister report from three urban explorers, a dark figure appeared in the woods around the school and attacked the trio who barely made it back to their car on time. Allegedly, the figure hit the car with a great force before disappearing into nothing. Other stories claim the site to be a possible portal to another plane of existence, with more dark figures emerging from some shimmering space in the walls of the school.

Although there were never any official reports of incidents at the school, whatever the case may be, the round schoolhouse should not be trespassed upon.

This last place on our list is also host to some ghost stories, a major historical event, and is legitimately the most dangerous of the spots we will discuss.

A Disaster Waiting to Erupt

One of the Bonin Islands in the Pacific Ocean far south of the Japanese mainland, Iwojima Island has forever been ingrained in the cultural consciousness as a historical battlefield in WWII. However, its significance does not stop there, as it is also home to Mt. Suribachi, a 161m high volcano that has been listed as the most dangerous active volcano in the world according to the University of Manchester. It is said that there is a chance of this volcano erupting sometime in the next 100 years, which would, in turn, lead to huge 25 meter-high tsunami waves hitting the coasts of both China and Japan, leading to a potential death toll in the millions.

The ghost stories of Iwojima are not surprisingly related to the 40-day battle waged on the island, in which many thousands of soldiers on both the US and Japanese side lost their lives. Iwojima currently holds a base for the Japanese Self-Defense Forces, and those stationed on the island have reportedly encountered the spirits of the soldiers who lost their lives there many years ago.

Whether you would like to or not, it is nearly impossible to visit Iwojima, as it is restricted to military personnel only.

While ghosts, mysterious happenings, and stories from beyond the grave are fun to tell in the dark of a warm summer’s evening in Japan, please keep in mind that the places discussed today, whether haunted or not, could cause legitimate risk to life and limb and should not be visited in person. In addition, while testing one’s courage might be appealing for cheap thrills, most of these areas are located on restricted land or private property, so a visit would also mean breaking the law. Having said that, hopefully, today’s article managed to satisfy any interest you have in the Japanese occult and scary places around Japan.

BONUS! Gunkanjima: A Creepy Place You Can Actually Visit

You may be feeling a bit frustrated with all the talk of places you are not allowed go, so here is a quick highlight on an abandoned island city off the coast of Nagasaki that is open to visitors.

Hashima Island, also commonly known as Gunkanjima, or "Battleship Island", is the remains of an undersea coal-mining city, which was abandoned in the 1970s after the coal reserves were depleted. If you have a feeling of deja vu when looking at Gunkanjima, it may be because you have actually seen its post-apocalyptic landscape used in shooting scenes for the film Skyfall from the James Bond franchise among various other films and documentaries.

Getting access to Gunkanjima is straightforward and will cost you somewhere between 3600 - 4500 yen. Simply book a boat tour with one of the many available companies in Nagasaki and take the 50-minute ride out to the island where you can enjoy exploring the remains of the city for about 1 hour before heading back to the mainland. Booking a boat and tour in English can be done from this page.