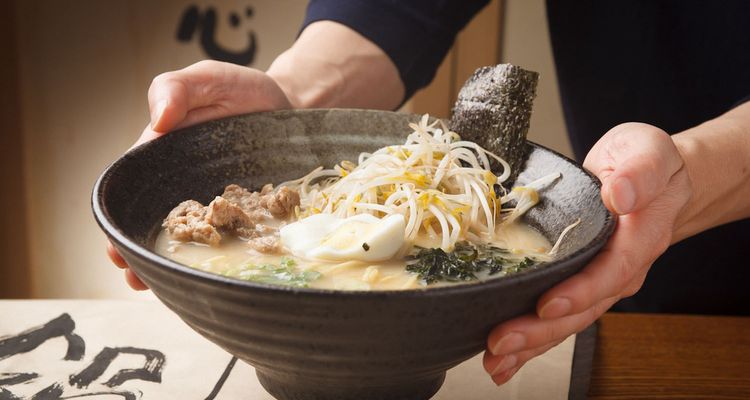 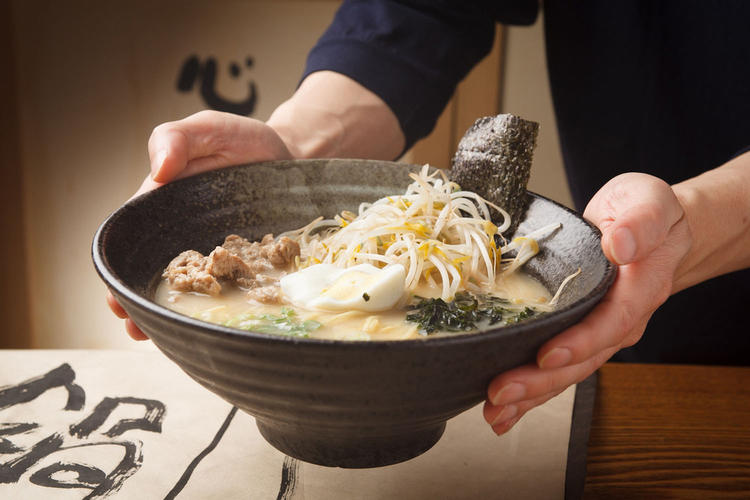 3 Reasons Why Japanese Ramen is So Delicious

Japanese ramen is different from the original Chinese ramen, and it is said to be the most favorite food among foreign tourists to Japan. Do you know why it's so delicious? There are three main reasons.

It is said that Japanese ramen has a flavor that foreign tourists who have come to Japan for the first time have yet to taste. It is a that taste attracts people from around the world.

The truth is, a survey done by the Shin-Yokohama Ramen museum and the Japan Times newspaper says that more than 600 foreigners from 44 countries rank ramen as their favorite Japanese food over sushi and tempura.

How come Japanese ramen has garnered popularity around the world?

We will introduce you to some of the secrets to ramen's deliciousness.

(Some parts of this article were originally broadcast on TBS’s TV show “Tokorosan's Nippon no Deban” and have been reproduced here.)

Ramen noodles were originally introduced to Japan from China. During the Edo Period, Mito Komon, also known as Tokugawa Mitsukuni, ate ramen served to him by a Confucian scholar who had come from China. This is said to be the first ramen eaten in Japan.

This ramen spread out to the general public after the Meiji Period and in the post-war era. With its easy preparation and delicious flavor it became known as the nation's favorite comfort food.

The reason is in the soup. Many foreign tourists also like Japanese ramen for its soup. Some people even drink the soup before eating the noodles.

Traditionally, Chinese ramen soup is almost always made from chicken bones. Japanese ramen soup, on the other hand, is not just made from chicken bones, but also ingredients that were never traditionally used in China, such as pork bones, shellfish, beef bones, fish, or even vegetables. These variations, along with other non-traditional toppings Japan has incorporated into the dish, allow for more variations in soup and flavor.

What do you think the ramen soup is made from?

Ramen soup is made of the soup base as well as the added flavor. A particular point is in the soup base, where there is the so-called dashi. The original ingredients of this dashi differ, but can be made from the aforementioned pork bones (such as from the back, feet, head), whole chickens, chicken bones, venison, anchovies, dried bonito, kelp, or vegetables. For the added flavor, adding soy sauce, miso or salt to the soup base (as in shoyu ramen, miso ramen or shio ramen) can change the soup into dozens of other kinds by delicately altering the flavor. For ramen craftsmen, they produce original flavors after doing hundreds of trial and error expeiments in combining dashi and the added flavors.

When creating the dashi from the original ingredients, you must boil them together, but to make a more naturally delicious dashi, for each ingredient the timing and temperature is different. Also, for the same ingredient, there are strong flavors and light flavors, which can finely change the flavor.

For example, in the case of using the backbone of the pig, you must boil a strong-flavored bone over high heat in order to remove the harsh taste, but for a lighter bone, you have to keep it boiled at 90 degrees and there is no harsh taste. Also, for dashi from whole chickens, the broth may look transparent, but in the case you want a rich flavor, you have to boil it for a day to remove the harsh taste and then remove the meat and bones. Then you put in a new whole chicken to boil - this is the sort of effort that goes into it.

So, why did I not divide the procedure thus far into the different soup ingredients? There's a reason for that. It's "umami."

Umami is a type of flavor that is separate from sweet, salty, sour and bitter. In 1908, a professor at Tokyo University found the existence of umami. In fact, until recently, many European scholars doubted the existence of umami. However, in 2000, an American professor announced that one's tongue possesses the receptors to experience umami, and thus gave proof of its existence.

How humans are able to experience umami is through the inosinic acids and glutamic acids etc. that are found in ingredients. These ingredients stimulate the sensors in the tongue, and this stimulation informs your brain that it feels delicious. By the way, there is a lot of umami contained in breast milk, and so many, many people have already grown accustomed to its taste.

In the process of making ramen, just boiling the ingredients might make a bitter taste get in the way of the umami. That is why, for example, by finely adjusting the temperature and time of each ingredient, you must do this delicate task to extract the best taste.

Actually, there is an ingredient that only the Japanese have been using as a "secret" for a long time.

The secret is kelp. Seaweed such as kelp is said to have been eaten in Japan since the Heian era. Because the kelp and bonito are the underlying flavors of this kind of umami and the Japanese have been using it for a long time, it is a familiar taste from the past and has now become a fixture in Japanese cooking.

Also, last year, Washoku (traditional Japanese cuisine) was registered as a UNESCO Intangible Cultural Heritage. Japanese chefs, since long ago, have been extering an unimaginable effort in figuring out how to draw out the umami from food. To the extent that ramen is part of the evolution of Japanese food, in just one sip of soup there are various kinds of umami condensed in it. Although wheat flour is the main ingredient used in making the noodles for ramen, there is also a special kind of alkali salt and kansui (type of alkaline water) being kneaded into the mixture. With the use of kansui, the taste, texture and color etc. are different compared to just noodles made from wheat flour.

Just like how we had mentioned that there are various types of soup bases, there are also many types of noodles too. A delicious ramen is normally thought to have the correct thickness, shape, hardiness etc. of the noodles matching with the correct type of soup base.

Below we will introduce to you the 3 most significant types of noodles. The first are called "hosomen," or thin noodles. Because they are thin, they can be removed from the boiling water quickly, and then when put into the hot soup they are easily stretched. Because of this, there are many times when the noodles become stiff because of the way it is boiled.

In general, as for why you would use hosomen, it is said that it "entangles" well with the soup.

Also with hosomen noodles, you can order them based on how you want them boiled. Firm is the most basic, then the next hardest is "barikata," or extra-firm, and the firmest is called "harigane." Since these noodles are boiled for longer, they are not so suitable for people who want to eat soon and finish early. There is also a type of noodle in this genre called "Gokubutomen" which may take 10 minutes or more to boil.

Thick noodles are easy to tangle in the soup, and are also chewy and not sticky. When hosomen are used with thick soup, they may lose to the thickness, but fat noodles work very well. That is why it is often used with tsukemen, which is when you dip the noodles separately in a thick soup (like a sauce).

To enjoy both the noodles and the soup, ramen with futomen is recommended. There are not only straight kinds of ramen noodles. Wavy, or curled noodles also exist.

Wavy noodles are curled like a perm and work well by tangling easily with the soup.

Futomen straight noodles also tangle easily with the soup, but in the case that the soup is more concentrated, wavy noodles will not lose and will be a better fit.

In this way, for these examples of noodles, matching it to the soup, its thickness and its shape must be chosen in order to make a delicious ramen.

The third secret: the way you eat it

In fact, there is a secret behind how you eat ramen that can influence its delicious taste.

In general, Japanese people slurp the ramen as they devour it. From an outsider's perspective, it can be perceived as a crude act conducted by an ill-mannered individual but in fact, this is the key to the secret behind its tastiness.

According to Professor Ippeita Dan from Chuo University specialising in Food Cognitive Science, as you slurp the noodles, the ingredients in the umami taste vaporizes and thus stimulates the nodes located at the back of the throat all the way to the back of the nose. This enables the brain to react to its flavour and allows it to enjoy the various flavours hidden in the soup.

It is not only ramen. Japanese people will slurp soba and udon when eating. Probably in the past people used it as a natural mechanism to signify the tastiness of the food.

And even in Europe, where slurping is considered bad manners, it is still instigated when eating ramen. And in fact, in January earlier this year, there was an event named "Zuzutto Paris Ramen Week" to promote Japanese culture which used the slurping sound "zuzutto" in the name.

According to the survey that we mentioned earlier, those did not think slurping was bad manners was five times more than those who thought it was.

When you are going to eat ramen, please kindly try slurping "zuzuzu" (onomatopeia for slurping in Japanese) the noodles while eating. What do you think about all these? Even when eating a cup of ramen it is so time-consuming and laborious. And thus when eating ramen all the more one should slurp to eat ramen. When you come to Japan, please kindly do eat ramen to your heart's content!