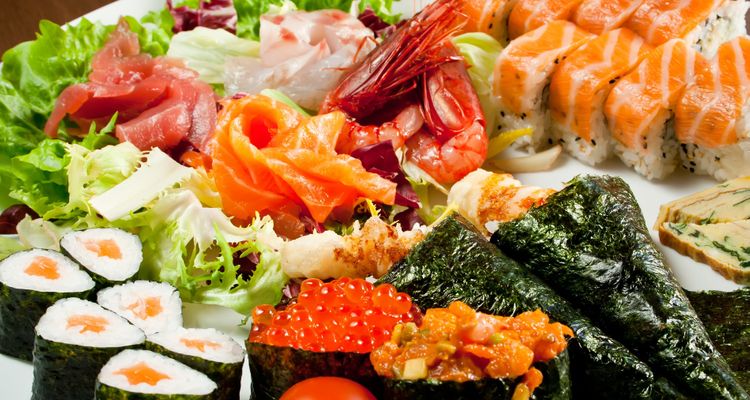 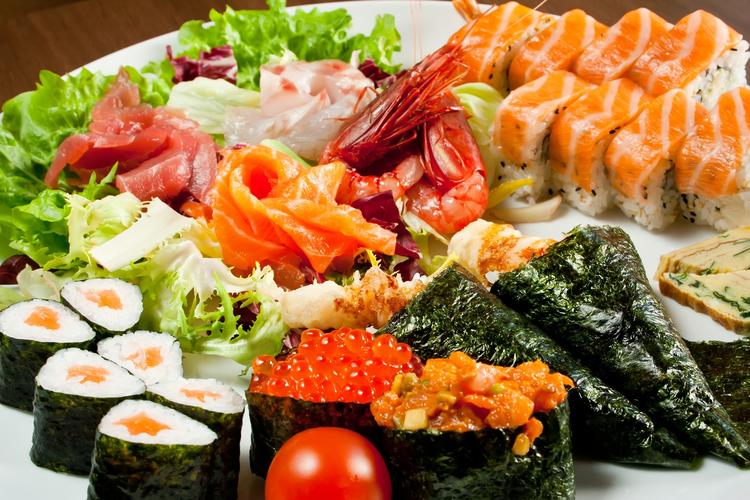 Temaki, Nigiri, and More! Discover the Many Different Types of Sushi in Japan

Sushi is one of the most beloved forms of Japanese cuisine. Such is its popularity that sushi restaurants are found all over the world, as well as throughout Japan. But how many different types of sushi are there, and what are the differences between them? In this article, we’ll introduce you to some of the most popular types of sushi in Japan!

How Many Different Types of Sushi Are There?

It is difficult to give a definitive number as to how many types of sushi there are in Japan. There are six common types of sushi we’ll look at in this article, but there are many different ways of preparing sushi. There is also a wide variety of lesser-known regional sushi that can be found throughout the country. These are often made using local specialities, such as a certain type of seafood abundant in the area.

What’s the Difference Between Sushi and Sashimi?

The difference between sushi and sashimi is rice. Rice is the essential ingredient in sushi, which is typically made from sliced raw fish or seafood paired together with a vinegared rice called “shari.” Though it is most commonly associated with seafood, there are many other ingredients often used in sushi dishes, including egg and vegetables, but they will always be paired with sushi rice.

Sashimi is the name given to thin slices of raw fish and certain types of meat. As with sushi, sashimi is commonly eaten with wasabi and soy sauce for a little extra flavor. Sashimi can be both a side dish and main course. The most popular types of fish used for sashimi in Japan are salmon, tuna, mackerel, and sea bream. Seafood such as squid, octopus, and scallops are also common.

Six of the Most Popular Types of Sushi in Japan

Nigiri sushi is what comes to mind when most people think of sushi. Meaning “hand-pressed sushi,” nigiri sushi is made from a small block of pressed sushi rice commonly topped with raw fish or seafood. A small dash of wasabi is sometimes added between the rice and topping for an extra kick. Besides fish and seafood, alternative toppings are also popular, like slices of rolled omelet called “tamagoyaki,” and even cuts of raw or lightly seared meat, such as wagyu beef.

Perhaps the most famous sushi dish is salmon nigiri, which consists of a thick slice of raw salmon sitting upon a lump of vinegared rice. A variation on salmon nigiri is “aburi” nigiri, where the salmon is given a quick blast with a blowtorch before serving.

Tuna, called “maguro” in Japanese, is another of the most popular nigiri sushi toppings. There are several different kinds of tuna sushi arranged by the species and cut of meat. Five types of tuna are generally used as sushi in Japan, with the Pacific bluefin being the most highly regarded, while the southern bluefin and yellowfin are the most common.

Tuna nigiri also uses different cuts from various parts of the fish’s body. Some parts are higher in fat than others, giving tuna nigiri a variety of flavors and textures. The leanest tuna nigiri is called “akami,” which is typically red in color and has a chewy texture. “Chutoro” is a slightly fattier cut of tuna and is often a little lighter in color. The fattiest cut is called “otoro,” which is usually light pink and soft enough to melt in the mouth.

Ebi nigiri is made from sushi rice topped with shrimp. Many different types of shrimp are used for ebi nigiri, with the most common called “kuruma ebi.” The shrimp is skewered and briefly boiled before being carefully sliced. The tail is usually left on for visual effect but not eaten.

Unagi is Japanese for “eel,” another popular topping for nigiri sushi. To make unagi nigiri, slices of boiled, grilled, or smoked freshwater eel are placed on top of the sushi rice, often held in place with a small strip of seaweed called “norimaki.” Like salmon, eel is sometimes seared with a blowtorch for an extra layer of taste and texture.

Hotate nigiri is made by pairing succulent raw scallop with sushi rice. Slightly sweet with a smooth and soft texture, hotate nigiri is small and very easy to eat. It is sometimes served with a dash of citrus juice, which complements the scallop’s flavor.

Maki sushi means “rolled sushi,” which is how they are made. Ingredients are arranged on a long, flat sheet of sushi rice and dried seaweed called “nori,” all placed upon a “makisu” bamboo mat. The makisu is then rolled up to create a long tube of maki sushi, which is then sliced into equal pieces.

Futomaki means “thick roll.” A huge range of fillings are used in futomaki, including a number of ingredients other than fish or seafood. Vegetables like cucumber and pickled radish are particularly common, giving futomaki an added crunch. Futomaki filled entirely with vegetables are also popular, making them perfect for vegetarians and vegans.

Ehomaki is a kind of futomaki traditionally eaten on “setsubun,” a celebration marking the last day of winter and the coming of spring. Alongside rice and nori, this long roll of maki sushi is made of seven ingredients representing the Seven Lucky Gods. However, there are no set fillings for ehomaki, so you can prepare them as you like. According to tradition, ehomaki must be eaten facing the “lucky direction,” which is decided by the Chinese astrological calendar. This tasty tradition is said to have started in Osaka, and there are numerous theories as to its origin as well as several variations.

Meaning “thin roll,” hosomaki are around half the size of futomaki. Hosomaki tends to consist of just one or two ingredients and are prepared the same way as futomaki. Along with seafood, vegetable hosomaki are also common.

Tekkamaki are a type of hosomaki made from high quality raw tuna wrapped in sushi rice and nori. They are one of the most famous types of sushi roll, and are often served in a set of four or six.

Kappamaki are made from cucumber wrapped in rolled sushi rice and nori, making them the go-to vegetarian sushi. Kappamaki is considered something of a palate cleanser and are often eaten between courses of stronger flavored sushi. The word “kappamaki” is a reference to the “kappa,” a spirit in Japanese folklore that is believed to love eating cucumbers.

Kanpyo maki is one of the oldest and most traditional forms of hosomaki sushi. Kanpyo is made from a type of gourd called “calabash,” which is actually a fruit. The kanpyo is soaked in water for up to 24 hours and then boiled when soft. It is then marinated in soy sauce before being rolled with sushi rice and nori to make hosomaki.

Literally meaning “hand roll” in Japanese, temaki sushi is served wrapped in a cone-like sheet of nori dried seaweed. As with futomaki, there are very few standard recipes for temaki, allowing one to get creative with a multitude of potential ingredients and arrangements.

To make temaki, sushi rice - the one key ingredient - is laid out on a section of a sheet of nori. A combination of one or two types of seafood, such as salmon or tuna, plus vegetables like avocado, cucumber, and lettuce leaves are then added. The sheet of nori is then rolled up by hand without a makisu into a cone shape and eaten. Temaki is usually made to order and needs to be eaten shortly after it has been prepared.

Gunkan maki is the name given to a specific type of sushi wrapped with nori. Unlike maki sushi, gunkan maki is not cut, and the ingredients often protrude from the top. “Gunkan” means “battleship” in Japanese, which is what these cute little rolls are said to resemble. Gunkan maki consists of sushi rice generally topped with one kind of seafood and wrapped in nori. The seafood is usually soft and easy to consume.

“Ikura” is salmon roe - the eggs of salmon, and a popular sushi ingredient. Ikura used in gunkan maki is usually marinated in soy sauce before being served, and a thin slice of cucumber is occasionally added to balance out the richness. Incidentally, the word “ikura” isn’t Japanese, but instead comes from the Russian word “ikra,” meaning “fish roe.”

Negitoro gunkan maki is made from sushi rice, nori, and finely chopped raw tuna (called “toro”), topped with a sprinkling of “negi” green onions. This is one of the most popular types of gunkan maki in Japan.

Uni gunkan maki sees this battleship sushi topped with “uni” sea urchin. Uni has a soft and creamy texture with a rich and slightly sweet taste. While a well-established delicacy in Japan, it has only been used as an ingredient in gunkan maki since the latter half of the 20th century.

Inari sushi is made from just two ingredients - sushi rice and fried tofu. In Japanese mythology, Inari is the deity of rice, and many farmers pray to Inari at shrines for an abundant harvest. Inari is also the deity of foxes, and the foxes of Inari are long believed to love fried tofu, which is why this type of sushi is named in their honor.

Inari sushi is made by placing a generous scoop of vinegared sushi rice inside a pouch of fried tofu skin. Sesame seeds are sometimes added for a little extra flavor and additional kick of crunch. Inari sushi is a common (and cheap) snack in Japan and can be found in convenience stores alongside onigiri.

The Many Varieties of Sushi Explored

Despite the typical image of raw fish on rice, there are loads of different and unique varieties of sushi to discover in Japan. While this article has covered the basics, there is an enormous world to explore, covering virtually every fish, crustacean, and mollusc in the sea to local, homegrown renditions, and much more. Which type of sushi are you looking forward to trying the next time you visit Japan?