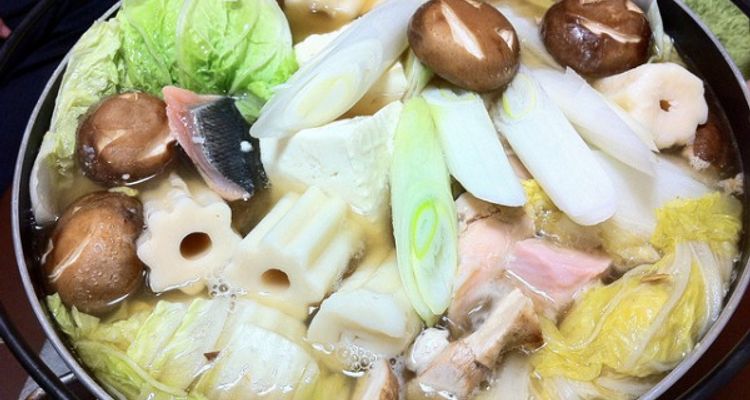 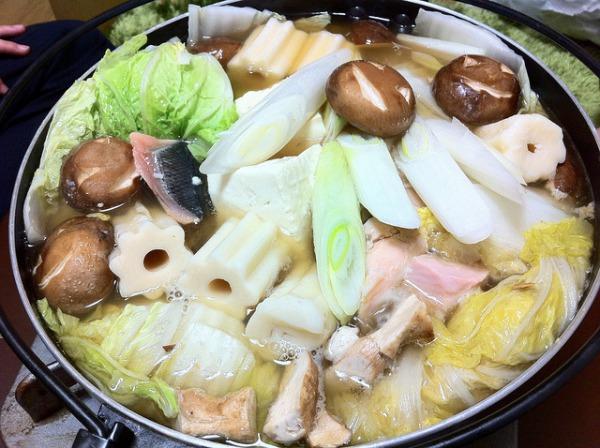 For those that are fascinated with the sumo culture in Japan, you would probably be interested in trying out what real sumo wrestlers eat and Chanko Nabe is what they feed on. It originates from Tokyo and it's really because Tokyo is the home ground of sumo wrestlers. It used to be something that only sumo wrestlers would eat but now we have restaurants run by retired sumo wrestlers that serve delicious chanko nabe to the public. 。 It is similar with the already famous Okonoymiyaki but what makes Monjyayaki stand out is its batter. The batter is more watery than the batter for okonomiyaki and the name monjyayaki came about because in the past during wartime when pen and paper were considered a luxury, families would try to teach their children how to write by writing characters with the batter on the grill while the batter and the ingredients were cooking.  Although this dish is originally from Tokyo, you can also savor them at restaurants outside of the capital of Japan. During the Edo period, we could harvest a lot of clams at the mouth of Sumidagawa River.  The fishermen at that time then came up with one of the best ways to have those clams, which is still cooked to this very day, the Fukagawa Don. At most households the clams are stewed with miso, aburaage (a type of deep fried tofu skin) and Welsh onions and this rich stew is then topped on a bowl of hot steamed rice but the fishermen came up with a different way by using soy sauce in the stew and that is how we have the Fukagawa Don the we have today. Yokosuka Navy Curry's origins stemmed from all the way when the Imperial Navy started its curry culture. Yokosuka is the name of a town in Kanagawa and by the name of this dish, you probably would have guessed that Yokosuka is well-known as the curry town. In fact, there are annual curry themed festivals held here. No curry talk would be spicy enough if Yokosuka is not included in it. This dish is called Sanma-men in Japanese and it has been around since before the world war. It is said that nothing else can beat this noodle dish for its thick delicious gravy and meat. These days though, you will see this bowl of noodles topped with generous servings of bean sprouts and stir-fried vegetables with meat but don't mistake it for a bowl of moyashi or bean sprout noodles. Namero is a wonderful fish dish that showcases fresh fish. The fish meat is diced and flavored with miso and fragrant vegetables. Due to the smooth texture of this dish, it is called namero as smooth in Japanese is "nameraka". Well in Chiba we have Namero that is all about fresh fish served raw. We also have a grilled version of namero called Sanga-yaki. Horse mackerel, sardine and skipper are used in this dish and the same seasoning used for namero is also used here. The meat filling is then filled into an abalone shell and then grilled. This dish was said to originate from households that were living around the hilly area and that is why we have come to call it as sanga-yaki, where "san" means "mountain", "ga" is "family" and finally "yaki" means "grill".

Chiba is where the most Rakkasei or as we call it peanuts in English is produced in the whole of Japan. So it shouldn't come as a surprise that Chiba would be known for this peanut delight. The peanuts are cooked with miso paste and it tastes wonderful together with a hot bowl of rice or just as itself as a snack. This peanut dish has been around for a long time in Chiba and it is popular for its taste but also because it serves as a good source for protein. For us Japanese, when we hear the word Natto, we would think of Ibaraki Prefecture and here in Ibaraki they have a special type of natto called Soboro-natto. It is a natto dish that contains of course the healthy pungent fermented beans and dried Japanese radish and soy sauce. It is a simple dish but if you take your time to savor it you would realize the subtle tones this dish offers. We would recommend you to have this natto dish with rice or as it is with a cup of sake. Besides being famous for natto, Ibaraki is also known as the top lotus-root-producing prefecture in Japan. So this Renkon no Oroshi Age is a dish that highlights the flavors of the lotus root. The lotus root is grated and then shaped into a ball and then fried. It is crispy on the outside but soft in the inside. You can get creative by adding all sorts of ingredients like hijiki (a type of sea vegetable dish), tofu, carrots or even cheese. This Gunma delight is all about yummy fresh vegetables and handmade flat noodles in a soy sauce based broth. You might be able to find those that come in a miso based broth, which would remind you of Yamanashi's Hoto dish. This dish will warm your heart on any cold day!

There are no surprises if Gunma is known for its konyaku dishes as it is the one prefecture in Japan that produces the most konnyaku. Konnyaku is known for being rich in fiber and many health conscious people would adapt konnyaku into their daily eating habits. You can have it raw or eat it sweet like a jelly. There are many ways to enjoy this healthy yummy dish! Tochigi is the prefecture in Japan that produces the most kanpyo, dried shavings of calabash, a type of gourd. This calabash gourd can grow up to 40 centimeters and is harvested from the beginning of July to the end of August. For an authentic local delight that showcases the yumminess of kanpyo, this is definitely the dish to turn to. The gyoza dumplings found in Utsunomiya is said to have come from the north parts of China, which wouldn't be a surprise at all as after the war there were many who returned from China to Utsunomiya. The dumplings here are generously filled with Chinese cabbage. If you are looking for major meat filling, you might be disappointed. The taste does not falter though. It's still super delicious and as it showcases more on the Chinese cabbage, this dumpling is super popular among calorie watchers. This yummy looking dumpling is from the north parts of Saitama and the shape is suppose to represent a chestnut. There two variations to this dumpling. One that has a red bean paste filling and another that actually has chestnuts in it. Rumor has it that this dumpling was made on a sunny day when the creator wanted to have manju dumplings and Japanese festive red rice together. Koganemeshi is a rice dish, where you will find all forms of millet grains and chestnuts in it.  Chichibu is a city located in the Saitama Prefecture and a long time ago, it was known as a mining place for copper. When the miners have gotten enough copper to be sent to the Imperial Court, it was said that this rich dish would be packed for their long journeys. This rice dish has gone through a few makeovers to fit the present times but it is still delicious as ever and popular.