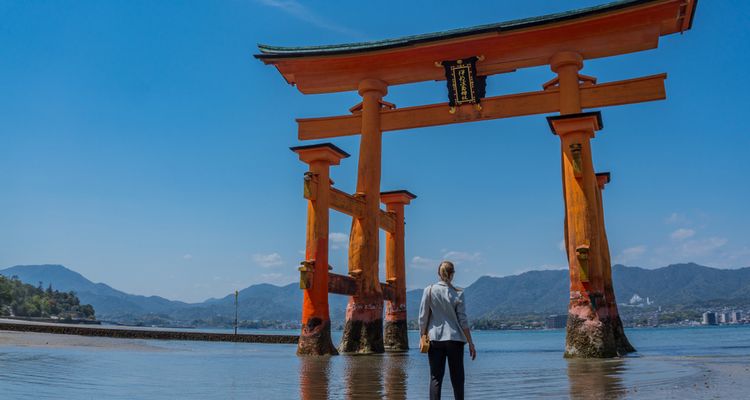 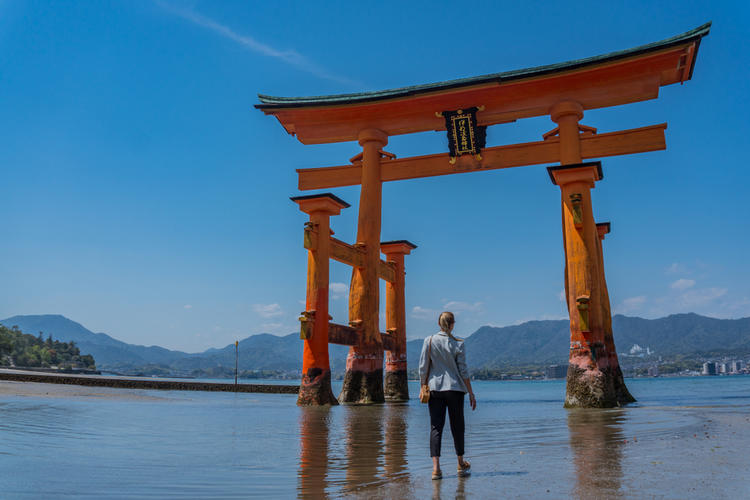 15 Things to Do Around Miyajima, Hiroshima

Miyajima is a popular place that attracts tourists from in and out of Japan. Are you wondering what to do when you are visiting Miyajima? Here are some of the must-see spots in Miyajima!

With a history of 1,400 years, Itsukushima Shrine (Itsukushima Jinja) is a World Heritage Site, as well as one of the Nihon-sankei (3 most scenic views of Japan). The shrine is built on a beach, so during high tide, it looks like it is floating on the sea. It was made in the Shinden style, which is a prominent architecture style of the Heian period (794 – 1185). The green of the mountain to its back adds to the beauty of this extraordinarily gorgeous shrine.

Opened back in 2011, Miyajima Public Aquarium exhibits over 13,000 marine animals, which add up to 350 different species. All of these animals are from the nearby sea, Seto Inland Sea. From penguins and Steller sea lions to seals and finless porpoises, it is a popular spot that’s home to a number of animals.

Located 20 minutes away from Miyajima Pier, Momijidani Park lies along the Momijidani River (Momijidani-gawa) at the foot of Mt. Misen. This park is a popular fall foliage viewing spot, with around 560 Japanese maple trees and 100 maple trees. From spring to summer, you can enjoy seeing the fresh green leaves of the trees here. The best time to see the fall foliage is from mid-November till the end of the month.

Miyajima Ropeway connects Momijidani Park to the top of Mt. Misen. You need to change lifts once to get to the top of Mt. Misen, but the journey will only take around 15 minutes in total. From the lift, you will have a sweeping view of the beautiful islands on the inland sea. You can enjoy sights that you normally won't be able to get from the ground, so it is highly recommended to visit once!

Miyajima History and Folklore Museum exhibits about 1,000 artifacts and documents of historical importance related to the history and culture of Miyajima, as well as historic figures like Taira no Kiyomori. There are Japanese gardens as well, so it is a great place to get a grasp of traditional Japan. You can find exhibitions on a variety of documents, such as the detailed history of Taira no Kiyomori, some footage, and a chronological table that explains the history of how Miyajima became a World Heritage Site.

Okinadou is a famous confectionery store that sells a popular Japanese confection called “Momiji Manju” (maple leaf-shaped steamed bun with filling). They have 5 kinds of filling: Koshi-an (smooth red bean paste), cream, cheese, chocolate, and dainagon (large-grained red bean jam). Okinadou is said to be the first in the world to put cream in Momiji Manju. They also have special fillings for each season, which are also incredibly popular. It is a confectionery store with a long history, and even today, it is still visited by a lot of people.

Founded in the 34th year of Meiji (1901), Anagomeshi Ueno is a famous restaurant that serves rice topped with grilled anago (conger eel). The store is very popular, and often seen with a long line of people waiting outside. The combination of conger eel grilled well with charcoal and the soft texture of rice is simply golden, and the secret sauce makes it even better. They also have take-away meals that they sell as “Eki-ben” (packed meals that you buy from the train station). It is a great restaurant that has been loved many for a long while.

The bright red and beautiful Five-storied Pagoda located on top of a hill in Miyajima is one of 22 five-storied pagodas in the country. Its height is 27.6m, and it is decorated with carved pictures, dragons, and other Japanese patterns. You will not be able to get inside the pagoda, but just looking at its exterior beauty should be enough to have you fall in love with it.

Daisyoin Temple was founded in 806 by a Japanese Buddhist monk called Kukai, who is known posthumously as Kobo-Daishi. The temple is filled with a solemn atmosphere, as many Buddhist statues can be spotted throughout its precinct. If you go under the front gate and climb up the stairs, you will find a Tibetan prayer wheel. It is believed that spinning this wheel is the equivalent of reciting the sutra, so the more you spin it, the more blessings you’ll receive! The temple has several other must-see items that are worth a look.

Founded in 1523, Omoto Shrine (Omoto Jinja) is a registered Important Cultural Property of Japan, as well as the only building in Japan with a sextuple three-storied roof. It is said that this shrine is older than its main shrine, Itsukushima Shrine. The enshrined deities are Kuninotokotachi no Kami, Oyamatsumi, and Saeki no Kuramoto. It is known as the oldest shrine in Miyajima, and the Momote Festival (Momote-sai) is held here annually on January 20th.

Located 25 minutes from Miyajima Pier, Omoto Park is a great cherry blossom (sakura) viewing spot along Omoto River. It has been picked as one of the eight great views of Itsukushima, and the fall foliage here is also stunning. It is relatively less crowded compared to other tourist spots, so you can relax and enjoy the view without any stress. It is close to Miyajima Public Aquarium, and you can enjoy a great view in both the spring and fall.

Founded in the Muromachi era (1441), Araebisu Shrine (Araebisu Jinja) is a shrine in Miyajima that has been registered as an Important Cultural Property of Japan. There is a stone torii (gateway), worship hall with a traditional Japanese roof, and a vermilion-colored main shrine in the back that has a cypress bark roof. It enshrines Susano no Mikoto and Kotoshironushi no Kami.

This is an observatory on top of a cliff that is right next to Shishiiwa Station. You can have a great view of the beautiful Seto Inland Sea around Miyajima. When the weather is clear, you can even see Shikoku across the sea! The view is different from that of Mt. Misen Observatory, which also has a fantastic view. The hiking path to Mt. Misen starts from this point.

Miyajima Omotesando Shopping Street is on the approach to Itsukushima Shrine. It is also known as Kiyomori Street (Kiyomori-dori), and it is filled with many souvenir stores and restaurants. There are a lot of shops selling traditional handcrafts of Miyajima, such as rice paddles, wooden crafts, wooden spoons, carvings, wooden trays, pottery, and paper crafts. There is also a plethora of shops that sell the local specialty, Momiji Manju. You can find the exhibition of the world's largest ladle on the street, which looks really impressive. You will definitely have a great time shopping in this street!

After taking the Miyajima Ropeway, drop by Mt. Misen Observatory, which is at the top of the highest mountain in Miyajima. It was renovated in 2014, so it looks very new and clean. From the second floor of the observatory, you can have a 360-degree view of the small islands floating on the Seto Inland Sea. There is a lounge as well, so you can have a nice long rest here.