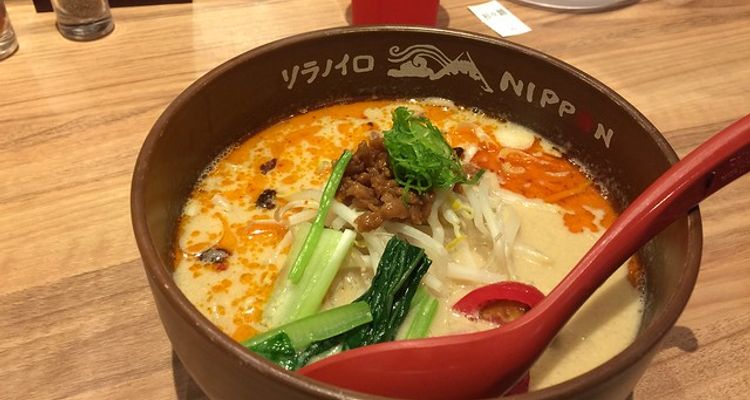 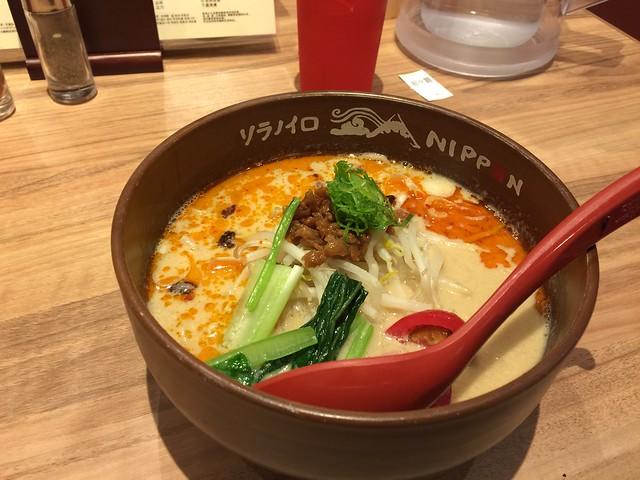 When it comes to Japanese food, ramen is among the forefront of dishes representing the country's cuisine. But ramen is also famous for its pork- or chicken-based broths and thick cuts of BBQ pork and soft-boiled eggs on top. In other words - it couldn't be further from vegan. Coming to Japan as a vegan is tough if you're not able to indulge in the country's delicacies along with everyone else, but it's also not an easy task finding vegan alternatives. This is why we've compiled 12 ramen restaurants in Tokyo that serve vegan options to help you out! Keep reading to see what we've found! T's Tantan is well-known ramen shop within the vegan community in Tokyo. Everything on their menu is vegan-friendly, and they'll even show you what's in each item so you can check for yourself. In addition to Tonkotsu Ramen (800 yen), they also serve flavors like White Sesame Tantan (850 yen) and Black Sesame Tantan (950 yen), which have a pleasant nutty aroma from the sesame broth.

In addition to ramen, they also have sides like Soybean Meat Beef Bowl (380 yen) and Gyoza (300). The restaurant is open from early in the morning to late in the evening, and they even have a diverse breakfast menu! There's another location in Ueno, as well as one in Narita Airport, so if you're near any of these locations you'll be able to easily stop by for a bite! T's Restaurant is the original restaurant of T's Tantan which later established the ramen specialty shop in Tokyo and Ueno. While T's Tantan had a smaller menu that concentrated more on ramen, T's Restaurant has an impressive menu offering all kinds of dishes, like pasta, desserts, curry, hamburg steak, and pizza. They even have courses for parties or large gatherings! Noodle Stand Tokyo is a small ramen restaurant located very close to Harajuku Station. With its great location near popular sightseeing spots, it's easy to fit it into your schedule! There are 4 ramen options here, one of which is is the Coconut Miso Ramen (1,100 yen), which has a coconut oil and white miso base soup. It's made with low carb noodles and topped with soy meat char siu, soy milk, and plenty of vegetables.

On Fridays, there are 4 additional noodles available for Thick Soup Ramen Day. Like the original menu, one of these dishes is vegan! The Vegan Dandan Noodles (900 yen) come in a thick broth with a drizzle of chili oil on top, which is great for those who like a little kick.

Kyushu Jangara is a popular tonkotsu ramen shop with several locations all around Tokyo. While they specialize in thick, pork-based broths, they also offer a vegan version of their ramen so that vegan customers can enjoy the delightful noodles as well! You'll have a choice between two different flavors: shoyu or shio. The Vegan Shoyu Ramen (1,000 yen) is a classic bowl of ramen with a rich soy-sauce based broth, and its "char siu pork slices" are made with yuba (dried tofu sheets)! The Vegan Shio Ramen (1,000 yen) has a salt-based broth with slices of yuzu in it that makes it extremely refreshing. In addition to yuba "meat," you'll get a good dose of vegetables too! Both of these are special items that may only be available for a limited time at certain branches, so make sure to check the website before you go! Olu'olu Cafe is a Hawaiian-themed organic and vegan cafe that offers a wide range of foods tailored to fit a vegan lifestyle. They dish out beautifully presented platters filled with food that you'll have a hard time believing contains no meat or fish! Their Vegan Ramen (980 yen) changes with the seasons, so you'll have to go and check it out for yourself to see what creative delicacy you'll be served. The above picture is of Cold Dandan Noodles, which is packed full of flavor. You can also order the Tomato & Basil Ramen (980 yen) for a slightly different twist on your conventional bowl of ramen!

This tonkotsu ramen shop was the brainchild of Yasuji Morizumi, who was the first ramen chef to receive a Michelin star. Besides Tokyo, they have branches in Kansai, and even in Thailand and Singapore! Among all the many ramen options they have here, you'll notice one picture that stands out titled "Only-Vegetable-Rahmen" (770 yen) in English. It's a very colorful bowl that's bright and green, and instead of a thick broth, it has a clear veggie-base broth. As for side menus, try the Veggie Gyoza (320 yen for 5 pieces), which, as you may have guessed, are also green! The owner formerly ran a yakuzen (medicinal cooking) ramen shop, and this has carried on to Gavy Setagaya, which focuses on eating for beauty through soy-based Italian cooking. They also serve vegan, gluten-free ramen, some of which change with the season. Their Vegan Ramen (1,300 yen) has a slight kick of spice with a sprinkle of sesame and chili oil. If you're feeling something slightly different, try any of their pastas, like the Hot Pot Spicy Taste Soy Pasta (1,200 yen)! Reservations are recommended before you go. If you're not a fan of tonkotsu ramen, Afuri is a perfect fit for you! Afuri is known for their light and refreshing chicken broth ramen. In particular, they're known for adding yuzu to give it an even more refreshing lift. Try their Season Vegan Ramen (1,350 yen), with vegetable broth and various seasonally changing vegetables covering the noodles. There are several branches all across Tokyo, so you'll have many opportunities to check out their healthy and light noodles! This cafe has a lively atmosphere and even doubles as an event space for concerts. They have a plentiful vegan menu, ranging from tasty appetizers to burgers and curry. Their vegan ramen is called Soy Milk Ramen (1,050 yen), and it is one the cafe's top selling items. The soy milk broth is thick and rich, and it's topped with crispy bean sprouts and teriyaki tofu steak! They even offer a mini size called Shime Mamera (680 yen) that's available after 6:00 pm if you're not feeling too hungry. Soranoiro has two other branches serving vegan ramen, but this particular store has been listed in the Michelin Guide for 3 consecutive years! Their most popular item is their Veggie Soba (900 yen). The noodles in have bell pepper in them giving them an orange color, and the vegetable broth is made with cabbage and carrots. The Vegan Veggie Soba (1,100 yen) is, as the name suggests, the vegan version of veggie soba as it's made without using any animal products. The vegetable toppings for these dishes change depending on what's in season. Loving Hut is a vegan restaurant chain that's based out of Taiwan. They serve delicious vegan dishes in over 300 locations worldwide! Everything on the menu here is vegan so ordering will be a breeze! They serve dim sum, rice dishes, and side dishes such as Koya Tofu Fries (500 yen) and Vegan Skewers (500 yen. As for their noodles, try the Mala Spicy Dandan Ramen (800 yen) if you like spice! They also have the Specialty Noodles (Medicinal Herb Soup) (800 yen) for another healthy alternative. You'll feel rejuvenated both in body and in mind after finishing off your bowl! This ramen shop is especially famous for serving halal ramen. In addition to this, they also serve Vegan Ramen (3,500 yen for set), which you can choose to get either spicy or non-spicy. The spicy sauce might be much hotter than expected, so be careful if you're not too strong with spice! Although it's slightly on the pricier side, it comes beautifully presented with an assortment of colorful vegetables that you'll absolutely want to take pictures of before you eat. The soup is, of course, delicious as well with its complex flavors, so you'll want to give it a try if you're in the area!

From thick broths to refreshing soups, there are a lot of ramen options in Japan, even for vegans! Feel free to use this article to ensure that you eat your fill of Japanese food during your trip!