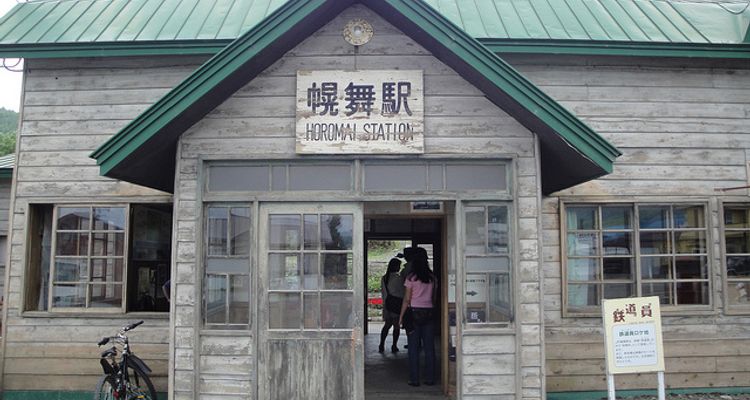 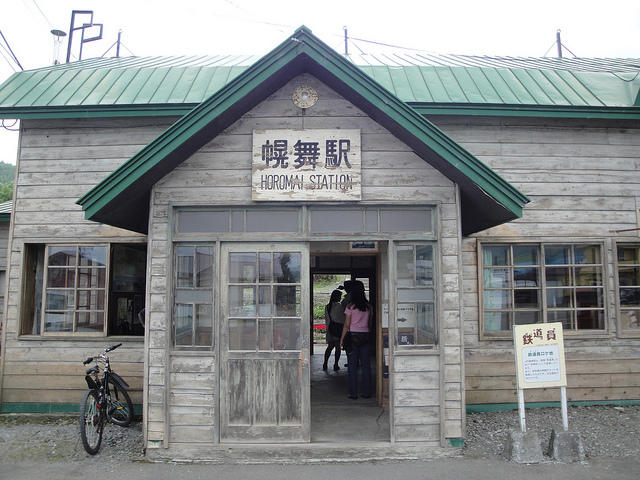 There are so-called secluded railway stations in non-residential, rural areas and places almost forgotten throughout Japan. Such stations are gaining popularity among the enthusiasts . Here we selected 12 popular Hikyō stations which might be worth paying visits.

Todoroki Station is one of the most adored stations on JR Gono Line, the railway that runs along Sea of Japan in Aomori. View of the sea in front of the station is simply magnificent.  The location has been used for JR adverts and film shootings, which makes this station ever so popular. This railway shares rails with Yamagata Shinkansen, however, bullet trains don't stop at this station. Touge Station is for  local trains that run every 5 hours, so you may find it risky to pay a visit. It is in the area which gets covered with heavy snow in winter. The enormous roof that covers the entire station to fend off snow is spectacular and worth stopping by to take a look at.

There are 3 interesting features about this station. Firstly, there is a splendid view of Zenkoji-daira below the station. This is counted as one of the best views from trains in Japan, overlooking Nagano. The second is the view of  vast terraced rice fields the area boasts of, which is also an amazing sight.  The third is the unique structure of this station- it is on a switchback. Obasute station stands on a narrow steep land, so in order to come into a platform on a flattened surface,  local trains have to switchback, whereas express trains that don't stop at this station would simply pass through. There is a huge difference in platform levels- the southbound one  is ground level, and for the northbound platform, you have to go underground using a staircase of 462 steps. The sign by the staircase says 'The deepest station below the surface in Japan'. It is unmanned but  well looked after and hikers to the nearby Mount Tanigawa use this station.

The station rose to fame when it was featured in the film 'Poppoya' 「鉄道員（ぽっぽや）」, starring the famous actor late Ken Takakura. Interestingly the sign on the facade says Horomai Station, the name of a fictional station depicted in the film, whereas the signs on the platform state its real name,  Ikutora Station.  The premises were renovated to accentuate the retro ambience for the film, and have preserved it ever since. The railway was built among the rocky and steep mountains of Shikoku, therefore it runs across areas that are difficult to approach by other means of transportation. The location of this station is so steep that it requires switchback maneuver for the trains to come into the platform. The small, wooden station building is rather charming and fits in the landscape. Jōkōji is located in outskirts of Nagoya and is famed for cherry blossoms in spring and autumn leaves in fall.  The station is built on a narrow space, literally by the edge of Shonai River. Jōkōji is across the river by the bridge. Located at the west side of Amarube Viaduct, a 41 metre tall railway bridge constructed along San'in Coast facing Sea of Japan. The popular red steel viaduct was replaced by a concrete bridge in 2010, but part of the former site is preserved as an observation deck named ‘Sora no Eki （空の駅, Station in Sky）', which can be approached from the station. Parts of the former red bridge are also used as a bench at the platform.

This is the southernmost station of Japan Railways. It used to be the southernmost station of the entire Japanese railways but since monorail started operating in Okinawa, it has become known as the farthest south station on the mainland, or, of the entire JR stations. Situated in a quiet scenery with the view of Kaimondake, a famous volcano in Kyushu, Nishi-Ōyama Station deserves to be one of the hidden gem stations within the nation. This is one of the best kept secrets among fans of secluded railway stations for its unique features. Iida Line is popular for lovers of local train trips. Shiteguri  is one of the most difficult stations in Japan to read its name correctly.  And in order to approach the station, you need to cross a suspension bridge over the Tenryu River.  Almost all the residential premises in the nearby area had been strategically sunk underneath the water when the dam was constructed, with just a couple of houses remaining today. Iida Line is well known for many secluded stations along its rail line and special trains operate from time to time for tourists. This station counts as one of the popular stations for its settings, such as the quiet, melancholic and sentimental atmospherics. This is the most secluded of all secluded stations. One side of the station faces a steep mountain cliff, with the sea coast on the other, which makes it literally no room for escape. The only non-locals who would stop by at this station are the railway fanatics. There aren't that many local trains that stop here, making you feel as if you are waiting for the next train forever.  Express trains would appear from nowhere as the station is close to a tunnel, so you need to be careful not to be blown off the platform by its high speed. For all the geographical reasons, this station can be quite dangerous to visit in winter so it truly isn't for an amateur tourist. But on the other hand, such thrilling location makes Koboro the most popular secluded station in the entire nation.