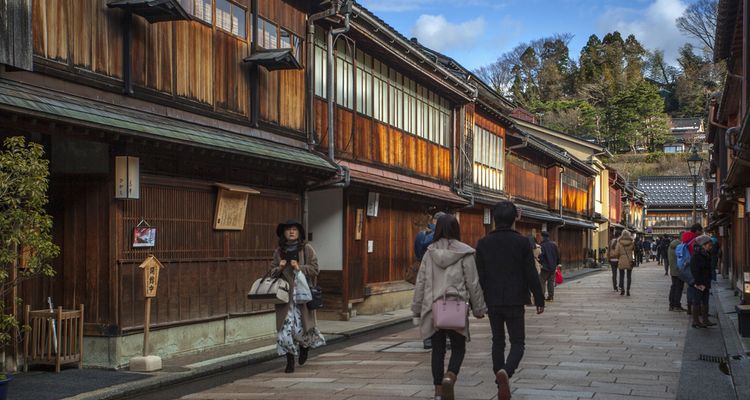 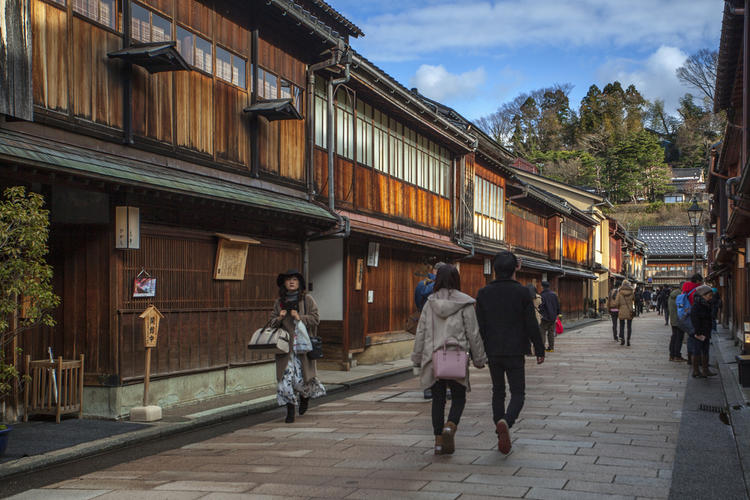 Facing the Sea of Japan, the Hokuriku region is home to Ishikawa Prefecture, an area that's off the beaten path but well worth a visit. Check out these 10 awesome sightseeing spots that you need to see in Ishikawa!

Normally, train stations wouldn't make it into a list of top sightseeing spots, but Kanazawa Station is an exception. The train station features a red gate that resembles a torii (traditional Japanese gate often found in shrines) that has been built with modern geometrical designs.

Not only is this iconic train station well-known within Japan, it was also named the 6th most beautiful train stations in the world as compiled by the online edition of the American travel magazine, Travel + Leisure, in 2011.

Kenrokuen Garden is known as one of Japan's top 3 gardens, so you can expect gorgeous views when you visit. It was built in the Edo period (1603 - 1868) and shaped by generations of feudal lords of the Kaga area. The garden presents a different face with each changing season, so you'll be able to enjoy it regardless of what time of the year you choose to visit.

The ancient Chinese book of gardens (a Song-dynasty text that describes the gardens in the ancient capital of Luoyang) states that good gardens should have the following 6 features: spaciousness, seclusion, artifice, antiquity, use of water, and panorama. Kenrokuen Garden is one of the few gardens where all 6 features can be found.

In the picture above, you can see ropes that form triangles in the back. These are erected in order to protect the trees from the heavy snow of the Hokuriku region.

Seisonkaku is a historical building where you can see the personal effects of a daimyo family in their original homes. There are many interesting architectural highlights, including the main floor that's built in the buke-shoin style (residential architecture used in the Edo period) and the Horsetail corridor that stretches for 20m without having any supporting beams to hold up the roof.

It's located right next to Kenrokuen Garden, so it's a good idea to visit both on the same day.

Nomura House is the only samurai house in the Naga-machi Samurai District that is open to the public. It was the home of the Nomura family, who served as magistrates for generations. Here, visitors will be able to get a glimpse into the life of a samurai in mid 19th century Japan.

There are various landscape paintings by the famous painter, Sasaki Senkei, and the garden also features trees that are around 400 years old. The garden may be small but it is absolutely stunning. There's also a tea house where you can enjoy some matcha while taking in the view.

Kanazawa Castle is a castle in Kanazawa that is located on the flatlands of a mountain. A national designated historic site, it is also one of Japan's top 100 castles. It was built in 1546, but the main keep was damaged by a fire in 1602 and has never been rebuilt since.

The castle was previously the Kanazawa Gobo, the stronghold of the Ikko-ikki (peasants, monks, Shinto priests, and local nobles who rose up against samurai rule). In 1508, Oda Nobunaga (one of the most prominent samurai of the Sengoku period) sent his retainer to conquer the Kanazawa Gobo. He succeeded and was awarded the province, then renamed Kanazawa Gobo to Kanazawa Castle.

Myouryuji is a temple where the Nichiren school of Buddhism is practiced. The 3rd-generation lord of the Kaga domain, Maeda Toshitsune, ordered the founding of the temple in 1643.

While it is also known as the Ninja Temple, it really doesn't have anything to do with ninjas. It earned this moniker because it had a 2nd use as a branch castle in times of emergency, so it is riddled with various mazes and other traps.

Remember to register for the official tour in advance, as you won't be allowed into the premises otherwise.

Enjoy the lovely traditional atmosphere of Higashi Chaya District, an area with well-preserved historical houses. A designated cultural heritage, it's a great place to see the beautiful lattice, called "kimusuko", that adorns the outer side of the first floor of the buildings.

The chaya were places where people would feast and be entertained by geisha. Today, some of the buildings have been converted into restaurants, teahouses, and shops. Come here during the day and night to experience the different atmospheres!

The 21st Century Museum of Contemporary Art, Kanazawa, is a great place to visit if you're looking to enjoy some contemporary art. There are many installations that you can not only see, but experience as well. The museum building itself looks like a flying saucer. It's a place that both adults and children can enjoy!

Among the permanent exhibits is one called Swimming Pool. This exhibit is an optical illusion that makes it look like there are people walking around at the bottom of a swimming pool.

This shrine is where Maeda Toshiie, one of the lords of Kaga who was also known for being one of the leading generals in the 16th century, is worshipped. Unlike other Japanese shrines, Oyama Shrine features a unique blend of Japanese, Chinese, and Western architecture.

The stained glass that can be seen on the gate of the shrine is very pretty when lit up at night.

Natadera Temple was established in 717 by a monk by the name of Taicho. The goddess of Mt. Haku is worshipped here. It's a stunning place to visit especially to see the autumn foliage.

The temple is located near natural caves and includes a statue of the goddess Kannon within one of the caves. The caves are believed to symbolize a mother's womb; spirits are formed in the wombs (caves) and born as humans before returning when they die. They are then reborn again in the caves.

If you're looking for a hot spring experience in Ishikawa, then Yamanaka Onsen Hotspring is the right place to go. Offering a combination of nature, traditional culture, and of course, a good soak in the hot springs. Kakusenkei no Nodate, which is pictured above, is a great place where you can enjoy tea while enjoying the lovely surroundings.

After a long day or week of sightseeing, it can be really nice to spend some time relaxing and resting your body in the onsen or the public baths.

There's also a lot to see here as well, including the picturesque Kakusenkei Gorge and Io-ji Temple!

With so many great spots to visit, there's no reason not to visit Ishikawa during your trip to Japan. There are also many other sights besides the ones introduced in this article, so it's well worth a visit!