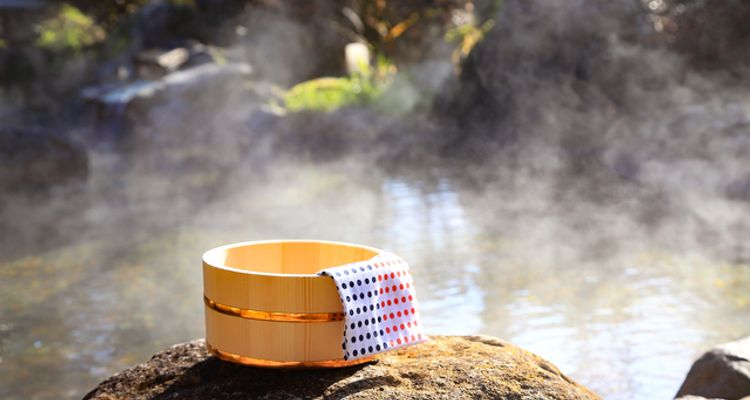 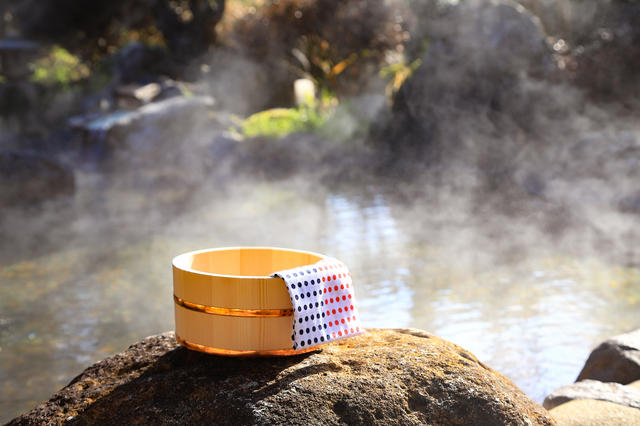 Heading to Hokkaido and want to stay warm in the winter? Try going to one of these hot springs where you can bathe among Hokkaido's nature.

All that land means that Hokkaido has room for some of the best onsen (hot springs) in Japan. And all that cold means that you'll want to go to several of them to soak in all kinds of natural hot baths to escape the frost.

Going around Hokkaido means either a carefully planned bus schedule or, if you have an international driver's license, a car. But with some planning ahead, you should be able to visit a few of these hot springs if you're in Hokkaido this winter - or any time of the year. The Noboribetsu onsen is almost synonymous with the phrase "Hokkaido hot springs." If you've read the manga Azumanga Daioh, one of the characters mentions that Noboribetsu is even one of the best hot springs in Japan, so much so that they make their own bath salts and sell them throughout the country.

Noboribetsu-onsen attracts people by its various springs incorporating nine different qualities, including the sulfur spring (the most popular one among all) as well as a ferruginous spring and an alum spring which makes the skin beautiful. This much variety is hard to find in hot springs anywhere else in the world. The water volume of the natural discharge is 10,000 t per day, while the water temperature ranges between 45°C and 90°C. Jigoku-dani Valley, designated as one of Hokkaido's heritage sites, is a few minutes' walk from the hot spring area. There, you can experience the dynamics of jigoku, or "Hell," named as such for its strong smell of sulfur while hot water, vapors and volcanic gas escape from the crater, formed approximately ten thousand years ago.

The onsen can be reached by bus from the JR Noboribetsu station. Get off at the stop called Noboribetsu-onsen - it takes about 13 minutes. Don't let the fact that Jozankei is technically in Sapporo fool you - the onsen still has to be reached by an hour-long bus ride that departs from JR Sapporo station. Jozankei is also one of the top onsen in Hokkaido, and if you're staying in Sapporo proper, this might be a little more convenient to access.

Jozankei-onsen is a hot spring village found in a green valley, located in Shikotsu-Toya National Park. The Sapporo Kokusai Ski Resort is nearby, as well as a number of sightseeing spots such as Hoheikyo Dam and Jozankei Dam. Jozan-gensen-koen Park is located in the center of town. There, you can enjoy forest bathing and a stroll on the promenade along the Toyohira-gawa River, which has hot water springing from its bottom, to the suspension bridge of Futami-koen Park and Kappa-fuchi Abyss known for the story of a legendary creature, kappa. Its Na-Cl Spring, which contains clear and colorless water of a mild salty taste, is one of the most popular qualities of any of the hot springs in Japan. Yunokawa onsen is - you guessed it - also regarded as a must-visit onsen in Hokkaido. What makes Yunokawa onsen special is that it's right next to the ocean, so as you're bathing in the hot springs, you can literally face the wide open sea right in front of you.

While Hokkaido is famed for its abundance of hot springs (onsen), Yunokawa Onsen is quite literally THE onsen "hot spot." Located just a stone's throw from the ocean, the Yunokawa Resort area boasts an array of onsen retreats offering the luxury of in-house bathing facilities with glorious views of the ocean. From summer through fall, the ocean shimmers magically with isaribi, the lights of fishing boats, as they trawl the straits with huge tungsten lamps in search of the succulent squid for which Hakodate is renowned.

If you're coming from central Hakodate, which is one of the other big tourist areas in Hokkaido aside from Sapporo, it'll only take a short bus ride from Hakodate Station, or you can get there by streetcar as well. Be sure to also check out the free foot baths around the Hakodate area! The Tokachigawa onsen is so rich in minerals that it earned the legacy of being "the hot spring known to make people beautiful." I don't know if it actually does this, but if you're looking to become pretty overnight, maybe try it out?

Tokachigawa Onsen is located in Obihiro in central Hokkaido. Many women love to take a breather at Tokachigawa Onsen as the onsen waters are said to contain plant-origins and minerals that are great for one’s skin. Do not be alarmed by the dark shades of the spring waters - the rich hues are testament to the wealth of minerals contained within.
en.blog.govoyagin.com

To get there, you can take a direct express bus right from Sapporo. If you're staying in central Sapporo, be aware that traveling from there to Kawayu takes 5 hours by train. Pack some books and good music and you'll be there in no time. A plus side to the long train ride is that it'll take you through the nothingness that is Hokkaido - the beautiful, abundant nature that is the nothingness of Hokkaido. The stream is located within Shiretoko National Park.

Toyako onsen is another stunner, with its location at the foot of Mt. Uzu, which is an active volcano that last erupted in 2000. The resort area is also right next to Lake Toya.

These onsens are famous for amazing views overlooking Lake Toya and the surrounding majestic landscape. The spring water at Toyako is also widely believed to have healing properties for joint or muscle ailments, and to help with the maintenance of smooth, supple skin.
en.blog.govoyagin.com

You can reach the Toya area either by train (Toya Station) or a bus from Sapporo. Yukichichibu has a fun name to say, and if you enjoy skiing, there is also a small ski hill available in addition to the many outdoor baths (called rotenburo). A plus point here is that you're allowed to drink beer while you're in the bath, which is not usually allowed in onsen. Having a beer during or after a bath is seen as a small luxury in Japan, so take it to the next level and drink in a natural hot spring.

There are 11 rotenburos (outdoor baths) in total.  Five in one half and six in the other (which also includes a mud bath).  The male and female baths usually rotate on a daily basis but every time I have come here I always end up in the same section.  I asked some friends and they said the same too.  A female friend told me about the mud bath in the “ladies” section but sadly I have never been able to experience it.  The outdoor baths are all fairly large and spacious.
best-of-sapporo-japan.com

Getting to Yukichichibu requires a train from Sapporo station to Konbu station and then a taxi ride, which is a little annoying, but the fare is sure to be cheaper than Tokyo taxi rates. Remember that onsen I mentioned earlier that required a 5-hour train ride? That's nothing. Getting to the Utoro onsen takes 7 hours by bus. Pack a good book, good music and maybe a good movie on your tablet/smartphone/laptop.

If you love the ocean, though, it might be worth it. The baths are situated directly next to the Okhotsk sea, which separates Japan's northernmost main island from Russia. The water in the baths are said to be especially good for your skin.

Utoro, a hot spring facing the Sea of Okhotsk, spurts out 500 litres of water every minute. There are plenty of both hotels and small, cosy guest houses, and it is one of Shiretoko's biggest tourist spots.
en.visit-hokkaido.jp The Asarigawa onsen is part of a larger resort - which is what most of Otaru is - that includes a large ski area. This is good if you're looking for an area that isn't just baths.

Asarigawa Hot Spring is located at the foot of a local ski field Mt. Asarigawa in the eastern part of Otaru. You can enjoy fresh verdure and moss phlox in the spring or tinted autumn leaves from mid to late October. Effective relieving muscle pains, rheumatism and neuralgia.
en.visit-hokkaido.jp

Otaru is located in central Hokkaido and requires a train from Sapporo that takes less than an hour. From Otaru station, you'll have to take a bus to make it to the onsen.