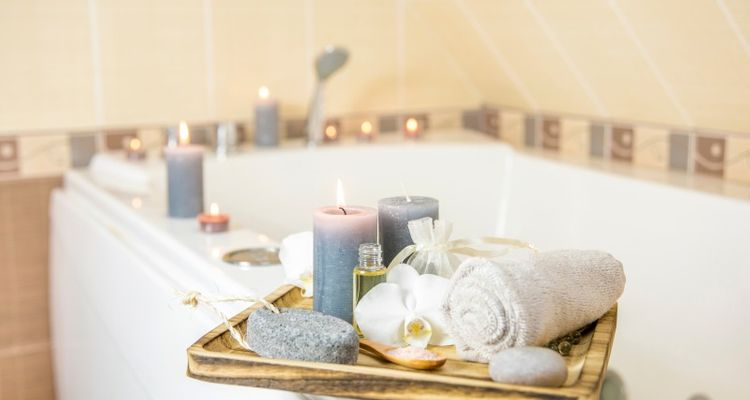 The Facts on Japanese Bathing Culture: History of Bathing, How to Bathe the Japanese Way, and More!

The Japanese are known worldwide for their love of bathing. This article introduces the bathing culture that has become an integral part of Japanese life and its history in Japan.

Why Do Japanese People Love Bathing?

The preferred time to take a bath in Japan varies. Some people love nothing more than getting straight in the bath when they get home from work and then getting out and enjoying a refreshing beer, while others prefer a long and relaxing bath just before bed. There are also some who take their bath before going to work. Whenever they choose to do it, most Japanese people look forward to their bath every day, and it is no exaggeration to say that bathing is an essential part of Japanese life.

According to a survey, more than 1 in 3 people in Japan take a bath every evening in the summertime, with this number rising to 1 in 2 in winter. Reasons for this include wanting to relieve your tired body and being able to relax in the bath. For the Japanese, taking a bath is not simply about cleanliness and hygiene, but is essential when it comes to refreshing a tired body and mind.
I personally am one of the people who look forward to a long, relaxing bath before bed. 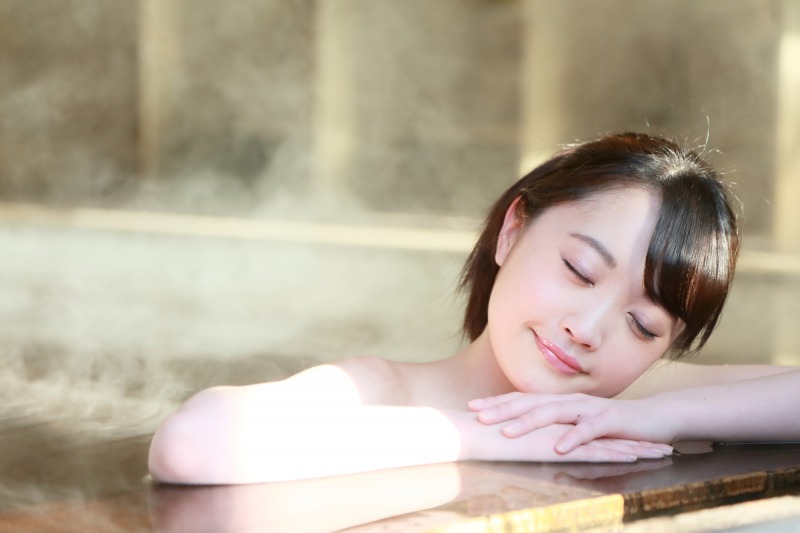 The History of Japanese Bathing

Japan is one of the most volcanic countries in the world, with onsen (natural hot springs) bubbling up in every region of the country. So, it makes sense that bathing has been a thing in Japan since long ago. It\'s said that the origin of this practice lies in "misogi"—the act of cleansing your body before visiting a shrine. People would cleanse their body in the river or sea.

When Buddhism was introduced by China in the 6th century, bathing facilities called “yudo” or “yokudo” were created alongside many temples in Japan. Buddhism teachings state, “When you get into the bath, you cast off seven ailments and acquire seven blessings.” The advent of “seyoku” (free baths for the poor found at temples) gave the public the chance to bathe, making the custom of bathing more common.
In those days, you would clean your body in a “mushi-buro” (steam bath), which was similar to a modern-day sauna.

In the latter part of the 16th century, the emergence of public bathhouses—known as “sento”—brought about a dramatic change in the Japanese bathing culture, allowing the general public to enjoy bathing regularly. The first part of the 17th century saw the introduction of the “suefuro.” These bathtubs could be filled with hot water and allowed people to immerse themselves as far as their shoulders. With this, the style of bathing that we know today started to become more common.
The “sento” flourished as a public place where people of all ages gathered to bathe. However, rather shockingly, in those days the majority of “sento” offered mixed-gender bathing! It appears that the people of the Edo period (1603 - 1868) were rather broad-minded! 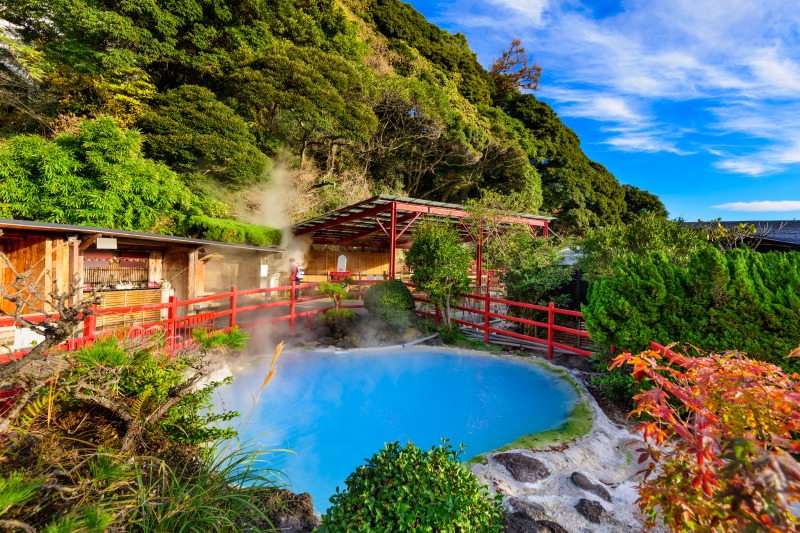 “Sento” continued to be the main source of bathing throughout the 19th century. It was in the period of rapid economic growth following World War II that it became common to have a bath at home with “kodan jutaku” (mass-produced apartment buildings constructed by Japan’s Public Housing Corporation) and single residences alike being built with bathing facilities included.
Today nearly everyone has a bath at home, but Japanese people’s love for bathing is still apparent in the numbers taking vacations to onsen or visiting “super sento,” which are large public bathing facilities that offer extras such as dining options and beauty treatments. 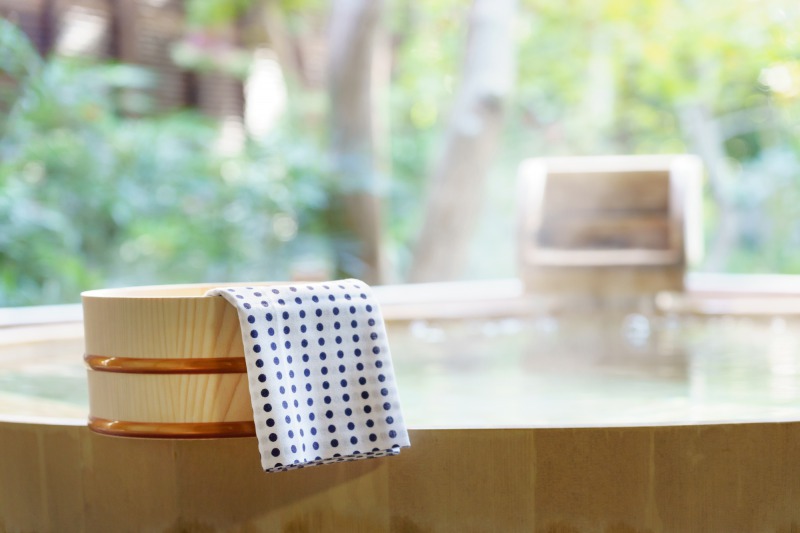 How Do Japanese People Take a Bath?

Some unique characteristics of Japan\'s bathing culture include how often people bathe, the temperature of the water, and the length of time people spend in the bath.
Of course, how long you bathe for and how hot you have the water is a matter of personal taste, but many in Japan choose to bathe just before going to bed to relax and alleviate the tiredness their body has accumulated through the day.

It is said that the appropriate temperature for your bath water is 42°C, but immersing your body in a slightly cooler bath (between 38°C and 40°C) for 30 minutes is said to stimulate the parasympathetic nervous system which will relax the mind and body and improve the quality of sleep. There is nothing better than a long soak in a lukewarm bath at night. 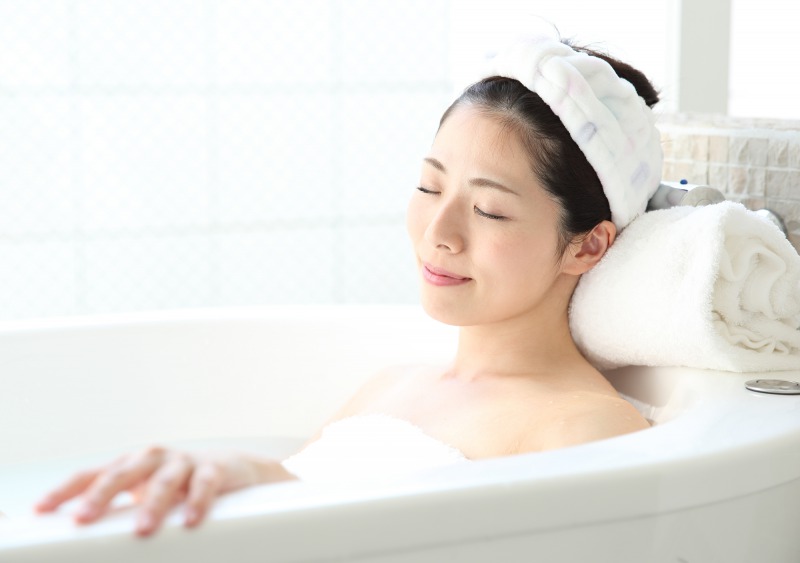 Be aware of the following points before getting into a bath in Japan:
・Wash your body so that you are clean before going in the bath.
・Do not take your hand towel or towel into the bath with you.
・Do not wash while you are in the bath.
・Do not soak your hair in the bath.
・Clean your washing area, including the washbasin and chair, after use.

Because everyone shares the same bath in Japan, you must take care to keep it clean. Make sure you follow the Japanese etiquette of bathing so that the person getting into the bath after you can also enjoy it! 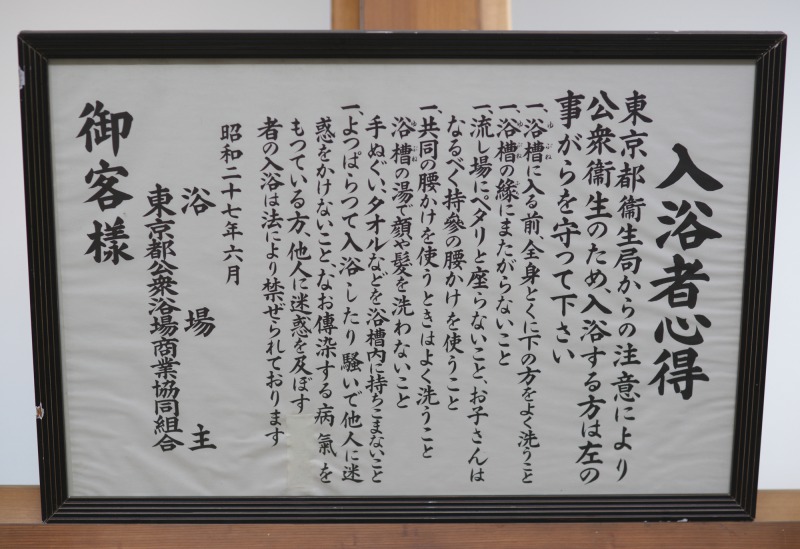 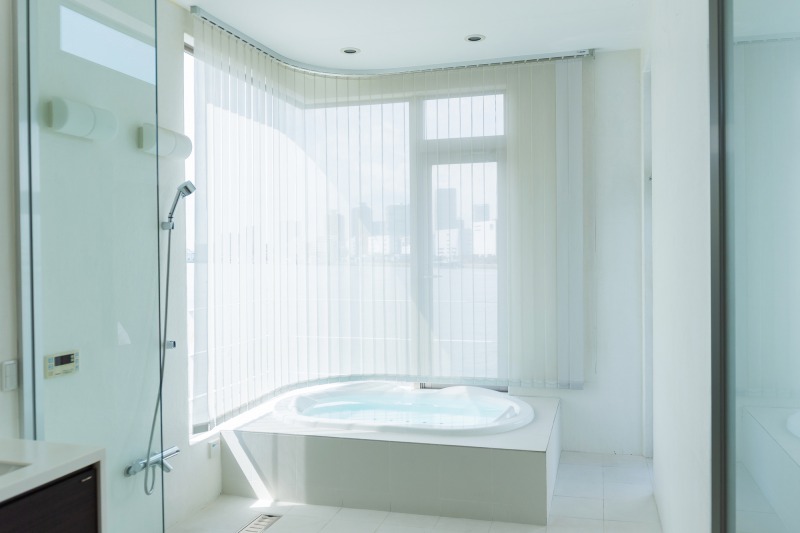 ・Mushi-buro (steam bath): Medicinal plants are heated with water and the steam from this is trapped in the room. You scrub your body clean in the steam.
・Iwa-buro (rock bath): These are steam baths found in coastal areas such as the Seto Inland Sea. A fire is lit inside a cavern made of rock to produce heat and steam, creating a steam or hot-air bath.
・Kama-buro: A steam bath common in the inland regions of Japan. A famous example is the kama-buro in Yase, Kyoto.
・Goemon-buro: This bath takes its name from the thief Goemon Ishikawa who was boiled in an iron cauldron at Sanjo-gawara in Kyoto at the end of the 16th century. A fire is built and an iron cauldron placed on top with a tub attached.
・Hinoki-buro: Made from cypress wood, these bathtubs are famous for producing the intense, refined aroma of cypress and for the warmth you get from the wood. You often find them in places like onsen ryokan (traditional Japanese inns). 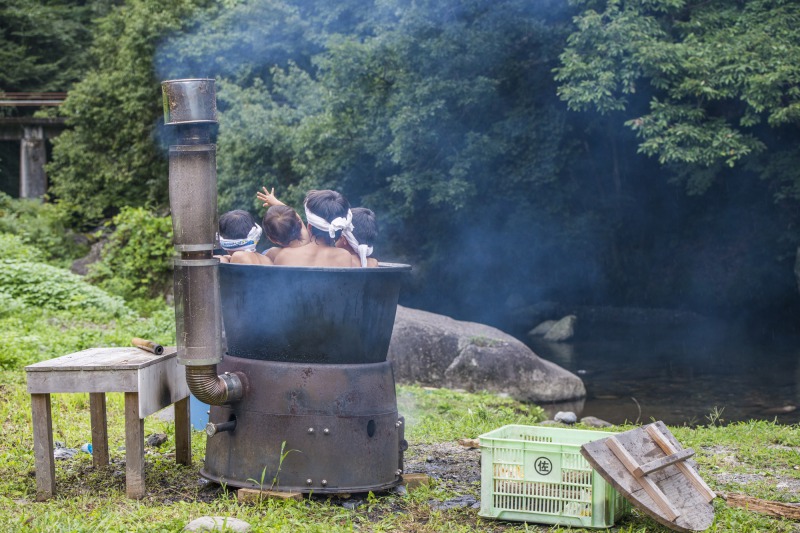 In the home, the most common type of bathroom is the “unit bath,” but unlike a Western-style bathroom where you often have the bath and toilet together, in Japan, they are usually in separate rooms.
The bathtub usually has a depth of between 45 cm and 65 cm and a length of between 80 cm and 120 cm. This tends to be shorter and deeper than your average Western-style bath. The regular way to take a bath in Japan is to sit in the tub with the water coming up to your shoulders.
As people spend a long time bathing, and several people share the same water, it is common for the bathtub to have a reheating function. Bathtubs in Japan are available with many other functions such as headrests, jet bath functions, and automatic cleaning functions. As well as the regular rectangular shaped baths, bathtubs come in a range of shapes, including egg-shaped, round, or a curved S-line shape. Similarly, bathtubs can be made from a range of materials. The standard is fiber-reinforced plastic (FRP), but it could be anything from artificial marble to enamel.

For the bath-loving Japanese, it is important that bath time is as comfortable and fulfilling as possible.
Because of this, there are many goods on sale in Japan to help you make the most of bath time, from more obvious options like bath salts to things like bath pillows, aroma oil burners for the bath, and massage products. You will even find waterproof speakers and LCD TVs made especially for the bath!
There are also many different salts you can add to your bath, from those containing onsen minerals that will warm you to the core, to those that moisturize, make your skin more beautiful, or simply provide a pleasing aroma.
As I personally love to use my bath time to thoroughly relax, I use various aromatics, and my favorite product is my bath pillow! It is so comfortable that I have to stop myself from falling asleep! 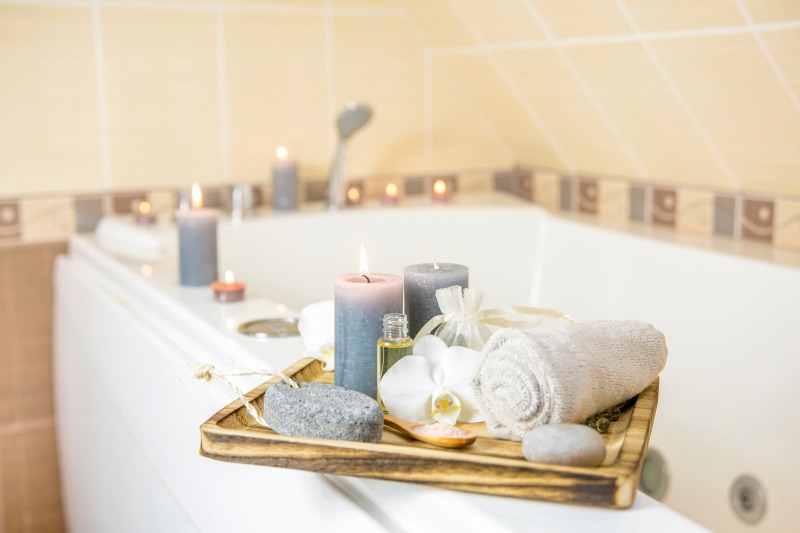 So, now you know a bit more about the bathing culture that is such a big part of Japanese life. Why not indulge in a bit of Japanese-style bathing while you are in Japan?