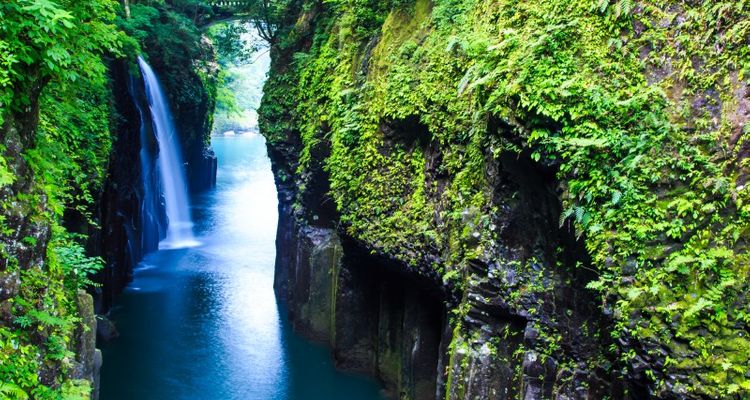 How Different Can They Be? Personality Traits of the Japanese by Region

Japan is an island country whose area extends from the north to the south. People will speak Japanese no matter where you go in Japan, but as you travel, you will notice several differences from region to region. This article introduces the various personality traits of people in different prefectures of Japan.

Why Are There Regional Personality Variations in Japan?

Japan is divided into 47 prefectures. Despite it being all the same country, not only do you find variations in climate and natural geographical features from the north to south, but also in the characteristics of people, from their temperament and way of thinking to their food preferences. When traveling, I have often been surprised by differences between the area I am visiting and the place I was born and raised, but where did such differences originate? 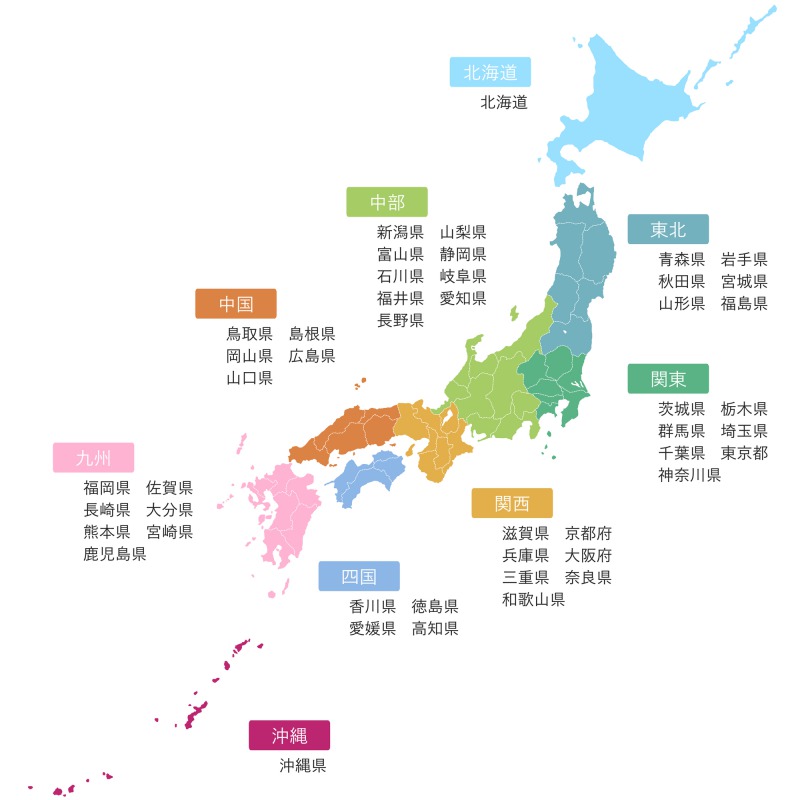 With around 70% of the country being mountainous terrain, the people of Japan—kept apart by steep mountains and fast-flowing rivers—rarely got the chance to mix with people from other areas in the past, meaning individual regions each formed their own history and culture. This, as well as the different climates and geographical features, influenced people\'s way of thinking, values, lifestyle, customs, and tastes in each region. They developed character traits and habits typical of the area in which they lived. In Japan, they call these unique traits and habits "kenminsei." 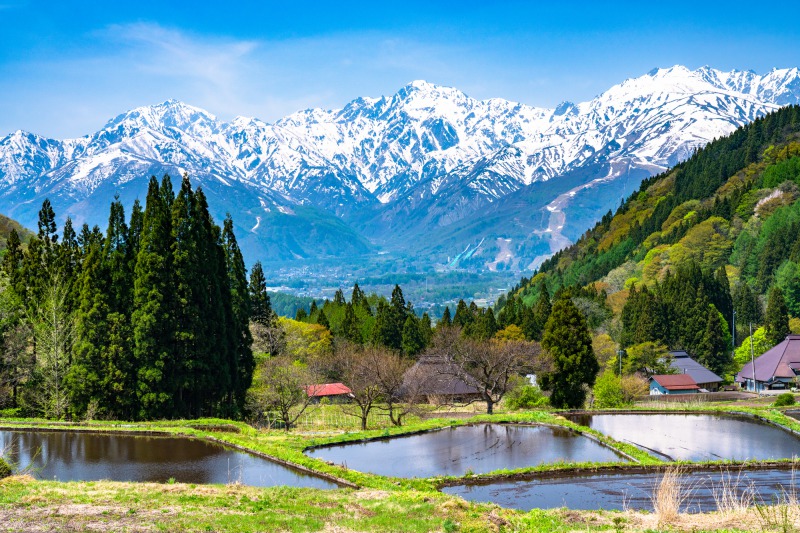 Some typical examples are that people from cold areas are patient and persevering, and people who live near the sea are open-minded. When it comes to food, people who live in Tohoku—where the cold is particularly severe—love salty foods, while people in Kyushu prefer savory foods with rich dashi (stock).

Below is an introduction to the typical personality traits in each region.

Hokkaido and the Tohoku Region

The people of Hokkaido are known for their laid-back personality, possibly because they were raised in areas surrounded by nature. From the late 19th century, many people began moving to Hokkaido from mainland Japan to develop the land. With a positive, open-minded attitude, they did not remain tied to established customs. The people here are known for being logical and rational, and it is even common to have to pay your own way at a wedding ceremony.

The people of Tohoku, accustomed to having to endure cold winters and damage from the cold weather, are said to be a stoical, diligent, taciturn, and fairly reserved group of people.
Typical for a cold area, they are known for their measures to keep out the chill, such as convenience stores having two sets of doors at the entrance and trains offering a push-button door system. 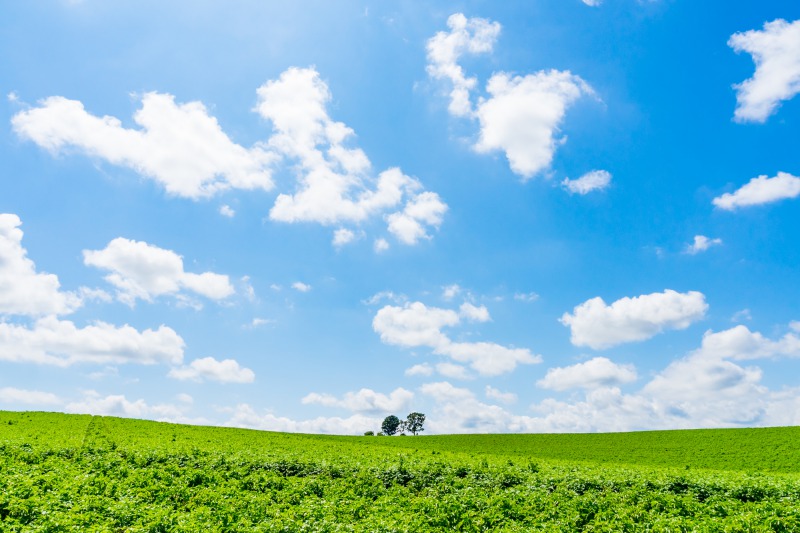 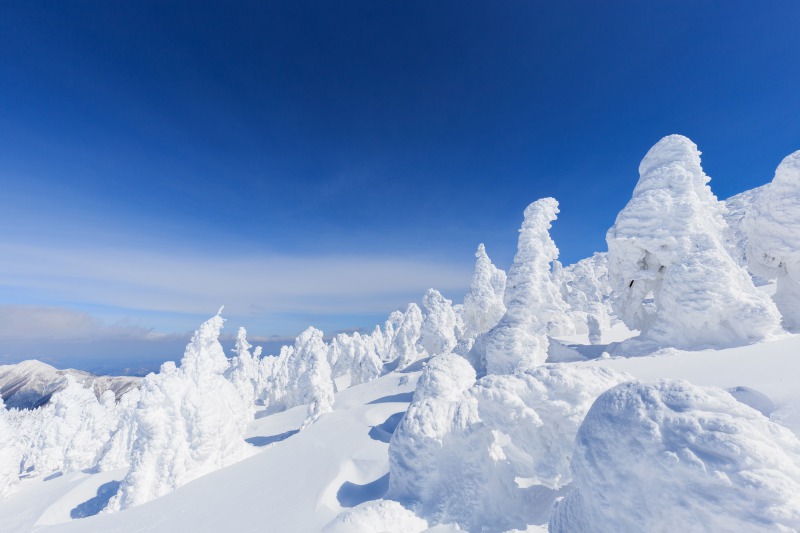 Kanto is the most densely populated area of Japan, being home to more than a third of the country\'s population. The Kanto Plain—the largest in Japan—is spread out across the middle of the region, with mountains in the northwest and the Pacific Ocean off the southeast coast.
The personality of people in the region changes by prefecture. The people of Gunma Prefecture are known for being honest and friendly, but they can also be short-tempered and emotional. Those from Chiba are seen as cheerful and easy-going, but like to take things at their own pace. In Saitama, people are viewed as simple, reserved folk who are cooperative despite preferring to take things at their own pace.
With many people moving to Tokyo from more regional parts of Japan, few of the people actually living in Tokyo today can be said to be true "Tokyoites*," but the people of Tokyo are generally known to be assertive, quick to quarrel, and generous.

*Families who have lived in Tokyo since the Edo Period 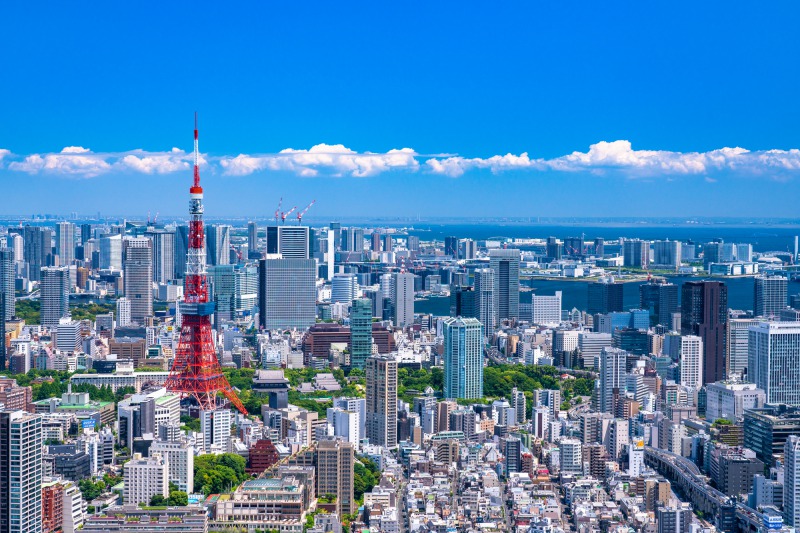 The Chubu or Central Region

Chubu is the area covering the central part of Japan. It is split into the Hokuriku region on the Sea of Japan side, the Tokai region on the side of the Pacific Ocean, and the mountainous inland area. Each of these three regions has a distinctive climate and culture.
In the Hokuriku region, an area usually subject to heavy snowfall, the people are generally earnest, patient, and diligent, while the people of the inland region are generally said to be well-mannered and gentle. 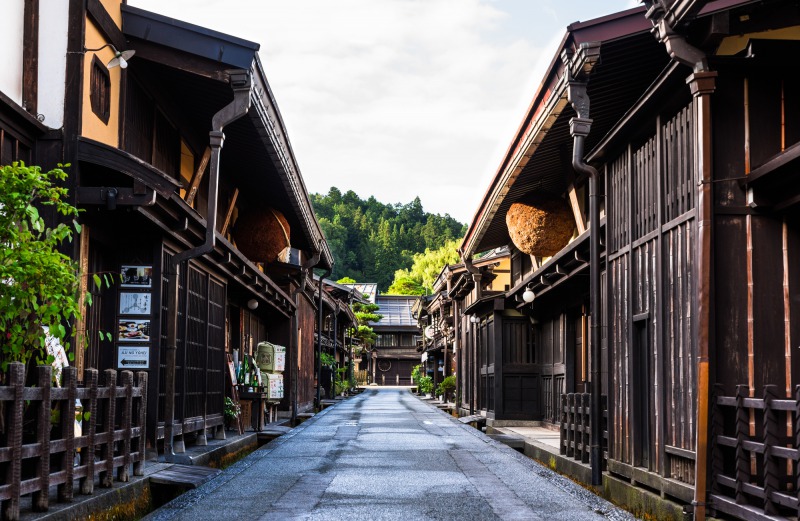 Shizuoka is located on the Pacific Ocean side and has a warm climate. The people there are generally calm and carefree.
The people of Aichi are famously thrifty but are also known for their lavish weddings. When people get married in Nagoya, the bride\'s household items are loaded onto a truck and displayed to the neighborhood en route to her new home and there is a tradition of throwing sweets at the wedding guests. There is a saying that a family from Nagoya that has three daughters will go bankrupt! 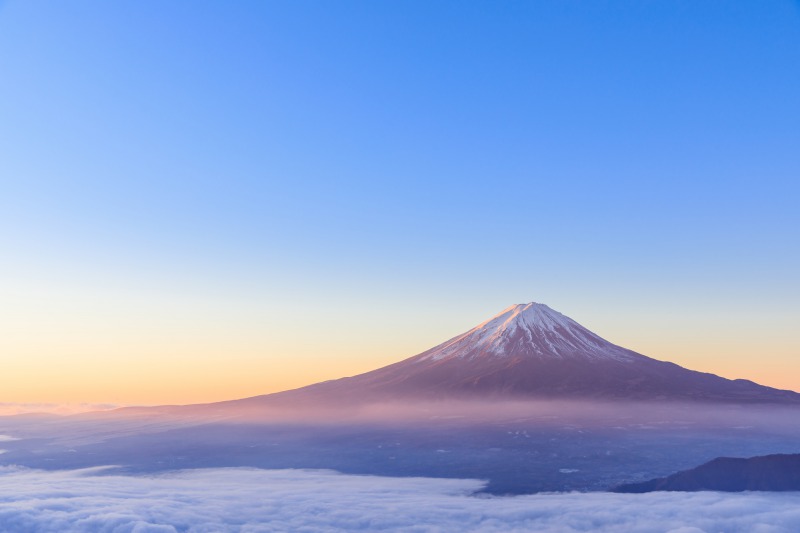 The Kinki or Kansai Region

The Kinki region is home to several prefectures, each with their own individual personalities. This includes Nara and Kyoto—the old capitals and political, cultural, and economic centers of Japan, Osaka—Japan\'s mecca for comedy, and Mie, where you will find the Ise Grand Shine. Said to be the true heart of Japanese culture and history, the Kinki region is home to 60% of Japan’s national treasures and important cultural properties and half of Japan’s World Heritage Sights. 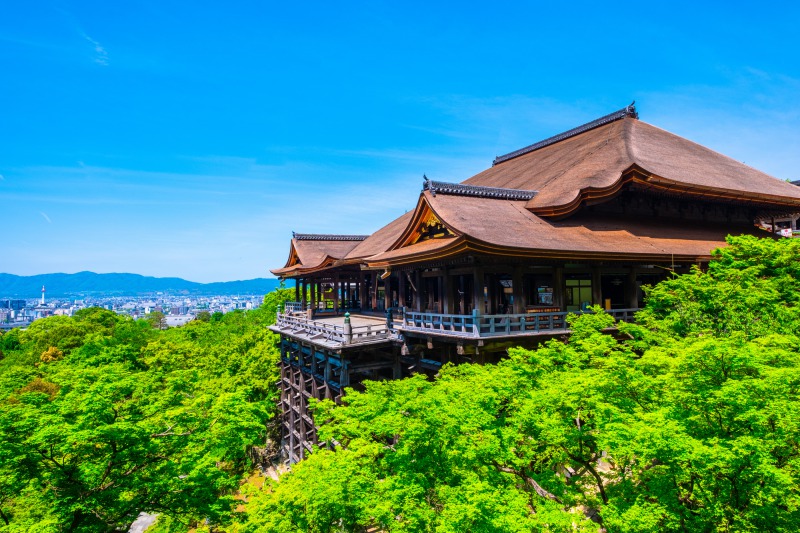 The individual nuances of each of Kinki\'s prefectures are apparent in the personality of the people from these areas. Mie and Nara Prefectures are known for their quiet, gentle people. Despite being famous for their kindly demeanor, the people of Kyoto can also be very proud and quite private. People from Osaka are famously frank but friendly, whereas in Shiga, people are known for their honesty and diligence. Hyogo\'s residents are said to have good taste while those from Wakayama are said to be gentle, optimistic, and lively.

In an area where the people of each prefecture shine with their specific personality traits, the one that stands out most has to be Osaka. With a takoyaki machine in every house and their unforgettable funny man/straight man comedy acts, things that seem perfectly normal to a native of Osaka are unimaginable to someone hailing from Tokyo like myself.

The Chugoku and Shikoku Regions

Okayama, Hiroshima, Kagawa, and Ehime Prefectures, as well as the southern part of Yamaguchi Prefecture, are known for their fine weather with warm temperatures year-round and minimal rain. The people from these prefectures are said to share many characteristics, being generally positive, proactive, calm, and laid-back.
Situated on the Sea of Japan\'s coast and subject to high levels of snow in the winter, the people of Tottori and Shimane Prefectures are known for being quite reserved and passive, but at the same time, hard-working and persevering.
Meanwhile, Tokushima and Kochi Prefectures lie on the side of the Pacific Ocean. Tokushima natives tend to be quiet people who like to move at their own pace while those from Kochi tend to be big-hearted, free-spirited, and unpretentious. While they can seem a little stubborn and overbearing, they are also laid-back and straightforward. It is said that if you get to know a person from this region, they will become someone you can depend on. 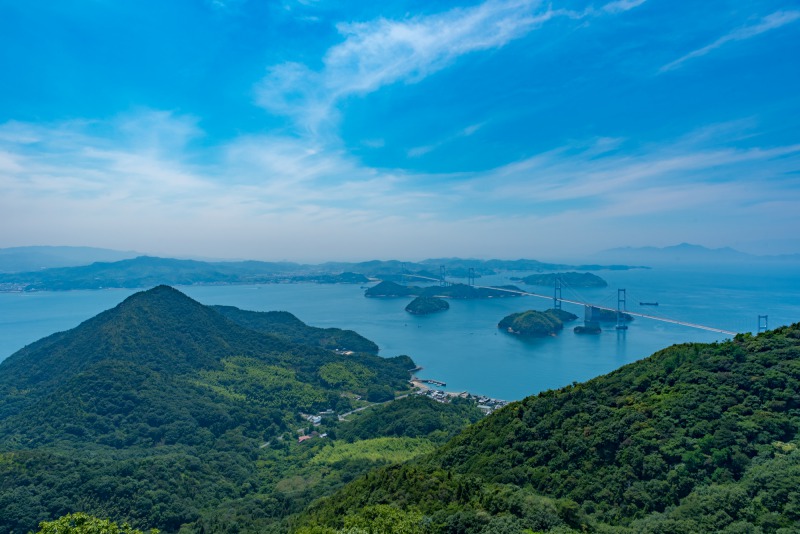 Kyushu is blessed with an abundance of nature and is home to prefectures with a variety of personality types, from the lively Fukuoka known as the “Gateway to Asia" to Nagasaki with its thriving overseas trade.
It is a warm area, but on higher grounds such as Mount Aso in Kumamoto and the Kyushu Sanchi—the mountainous area of Kyushu—rain is not uncommon. 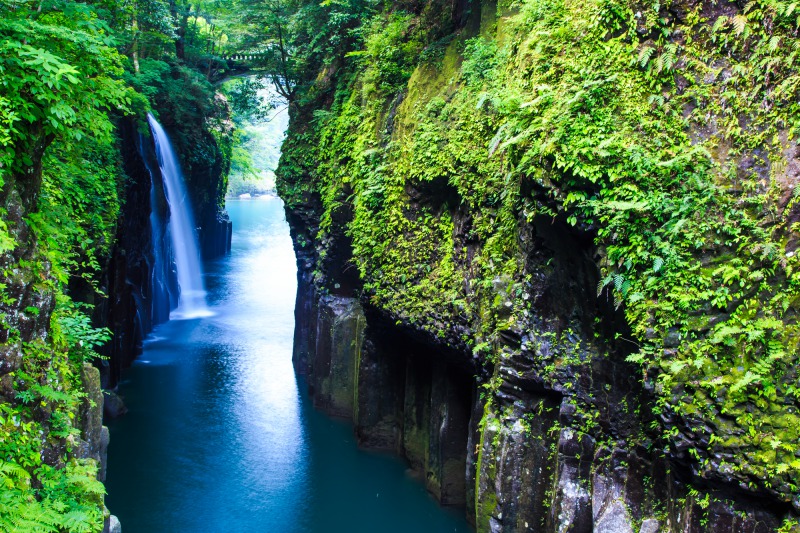 In prefectures where the ports are open for overseas trade like Fukuoka and Nagasaki, the people are famous for their easy-going, accepting nature, while those from Saga are viewed as being particularly methodical and stubborn. People from Oita are seen as selfish and uncooperative, but are also known for their honesty and willingness to please.
In Miyazaki Prefecture, which borders the Pacific Ocean, people are said to be easygoing without any pretense. The stubborn and conservative character of the people of Kumamoto and the unaffected, sincere personality of the people of Kagoshima tend to fit well with the typical image of the men of Kyushu. 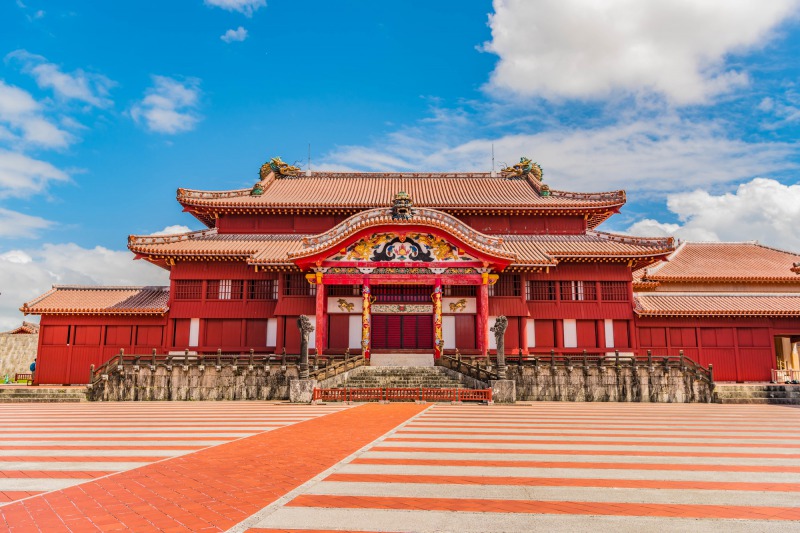 In contrast to the main island, Okinawa enjoys an average temperature of over 20℃ for more than two-thirds of the year, and even in winter, the temperature rarely drops below 16℃. This climate has led to marked differences in the culture and traditions that continue to this day.
The people of Okinawa were raised with carefree serenity and positivity, surrounded by the beautiful sea and stunning nature. They have a strong affection for their hometown and place great value on being helpful and cooperative.

Above is an introduction to some of the main personality traits of people from each region of Japan. As you travel around the country, see if you can spot any of these characteristics in the people you meet!