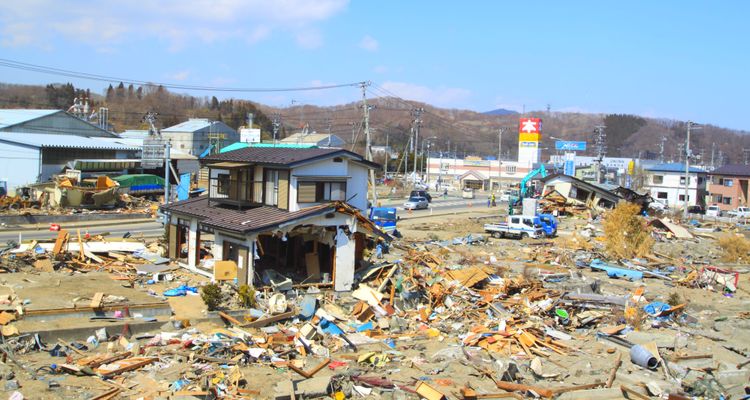 What to Do in an Earthquake in Japan: The Basic Steps

Every year, thousands of earthquakes hit Japan. Most of them are small enough that you might not even notice them. However, as an earthquake-prone country, there is always a possibility of a large earthquake occurring in Japan. Here, we will highlight the basic steps to take if a large earthquake hits while you're in Japan, and how to keep safe.

What Exactly Is an Earthquake?

The movements of underground rocks cause pressure to build up under the Earth's crust. When the pressure gets to be too much, rocks break apart and energy is released, causing an earthquake.

Japan happens to be located where 4 tectonic plates meet: the Eurasian, North American, Pacific, and Philippine Sea Plates. This is why Japan experiences a large number of earthquakes.

The largest earthquake on record was the Great Chilean Earthquake of 1960, when a magnitude 9.5 tremor hit central Chile. It caused widespread devastation and a tsunami that affected Southern Chile and Hawaii, and reached as far as New Zealand, Philipines, and Japan. Between 2006 and 2015, Japan recorded 66 fatal earthquakes. The largest one being the 2011 earthquake and tsunami in the Tohoku region, which was 9.0 in magnitude and claimed almost 20,000 lives.

The above photo was a disaster prevention awareness ad by Yahoo! Japan. The red bar highlighted the height of the tsunami (16.7m) that hit the Tohoku region after the earthquake.

Stages of an Earthquake

Foreshock occurs before the main tremor in the same area. However, it is only identified as a foreshock after the the main earthquake has happened.

When an earthquake occurs, many smaller earthquakes follow in the same area. The largest tremor is known as the main shock.

Steps to Take in the Moment that a Large Earthquake Hits

After a large earthquake, many people say that they didn't know what was going on at the time. When you feel a strong tremor, acknowledge what is happening, and follow the basic steps below.

What to Do if You Are Indoors

The potential hazards you may encounter indoors during a large earthquake include falling furniture and broken glass from windows and light fixtures. It's important to keep the following points in mind if a large earthquake hits:

・Make your way to a point in the room that is clear of any objects that can potentially fall on you.

・Hide under a table, desk, or any other sturdy fixtures to prevent heavy furniture, electric appliances, and shelves from falling on you.

・If it's safe to do so, make sure to put on a pair of shoes in case there is any broken glass on the floor.

・The room should be evacuated only when the shaking has ceased.

Here are some common situations in which you might find yourself. See what actions to take in each case.

If You Are in a Restaurant

As soon as you feel a large tremor, hide under the table. Some restaurants in Japan require you to take your shoes off. In such case, make sure to put on shoes or the restaurant's thick slippers when making your way outside.

If You Are in a Hotel Room

If a strong earthquake hits while you are asleep in your hotel room, it is advised that you hide under the duvet or blanket until the shaking subsides. Make your way outside only when the shaking has stopped. Remeber to take the stairs, even if the elevators are in operation, as they could stop at any time due to earthquake detection sensors, power outage, or any other reason, and you may become trapped inside.

If You Are in the Toilet

There is a danger of becoming trapped in the toilet when a large earthquake hits. As soon as you feel a strong shake, make sure to open the door. If it's safe to do so, make your way to a corridor, the entrance, or anywhere in the building that is safer.

If You Are in the Shower or Bath

Cover your head with a basin or other suitable object available, and put on some clothes as soon as possible. Make your way to somewhere safer and wait for the earthquake to pass.

If You Get Trapped in a Building

If you get trapped in a building or a room, you shouldn't call out for help, as this expends precious energy. Instead, use a hard object to hit a wall or a door to alert passersby of your presence.

You never know when an earthquake might hit, and while you can't always expect it, you can make sure you're prepared. This was just the basic steps to take in case of a large earthquake, but we will provide our readers with more information in future earthquake-related articles.

For more information, follow the link below for the English version of Tokyo Metropolitan Government's Disaster Preparedness Tokyo, a handbook on what to do in case of a large earthquake.