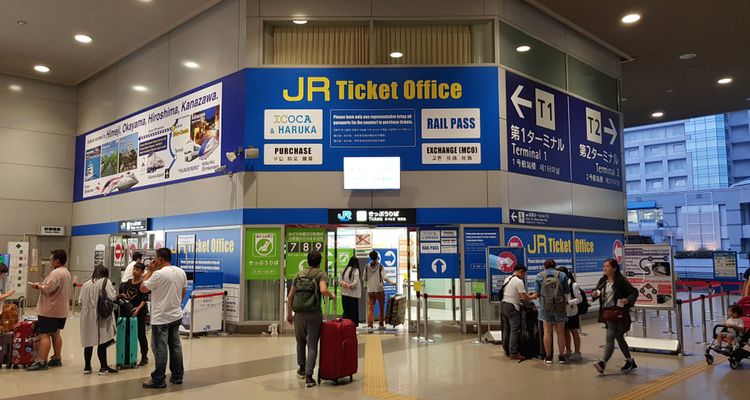 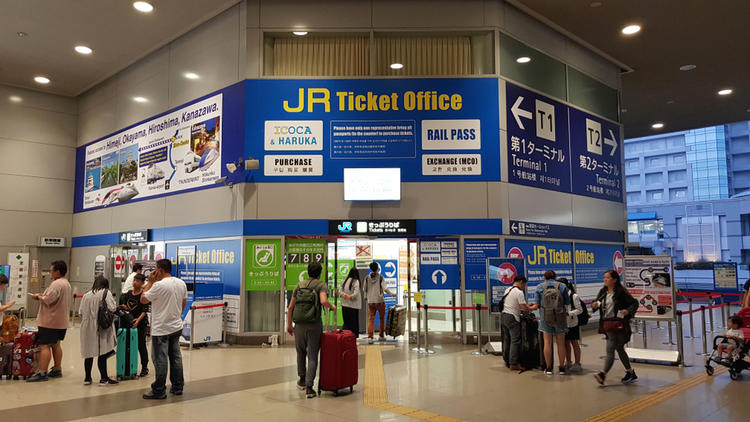 The Best Ways to Travel to Osaka from Kansai International Airport

Osaka, while Japan’s third largest city, has a noticeably more laid back attitude than its larger counterparts and has developed a unique culture all its own. Whether you’ve visited Japan before and want to see somewhere other than Tokyo, or perhaps you’re more of a “slightly off the beaten path” type of traveler, Osaka is a unique city that should be experienced by all. Assuming you are traveling by plane, your journey to Osaka will most likely start at Kansai International Airport. Finding your way to the city may seem daunting at first glance, but we’ve gathered the best routes to fit every schedule and budget. Read on for all you need to know about the best ways to travel to Osaka City from Kansai International Airport.

There are countless places in Osaka that one could travel to from Kansai International Airport, but most people will be bound for one of three major locations.

Osaka Station in the city's north end is located in one of its largest commercial neighborhoods. The many train lines crossing through this station make it an ideal hub for traveling throughout Osaka.

Namba Station is in the heart of Osaka's shopping and entertainment district. It is home to the Dotonbori Canal and its iconic illuminated billboards.

Universal Studios Japan is located just outside of central Osaka. This movie-themed park is a great alternative to the perpetually-crowded Tokyo Disney Resort.

Let's take a closer look at the best ways to reach each of these locations.

The JR Rapid Airport Train is the best choice for budget-focused travelers. At 1,190 yen, it is the least expensive option, but it does come with some caveats. As is often the case, the most affordable option is bound to be the most crowded. Those traveling during peak hours and with a lot of luggage may be in for a less than comfortable ride.

The Haruka Limited Express is the fastest and most comfortable ride to the Osaka Station area. Unfortunately, it is also the most expensive choice and requires you to change trains for one stop at Shin-Osaka Station. That being said, even with the transfer, it's nearly 30 minutes faster than the Rapid Airport Train and your odds of getting a seat are much higher.

Non-Japanese residents can also purchase discount Haruka Limited Express tickets by combining it with ICOCA, an IC card for public transport. This tap-and-go card can be used on trains and buses around Kansai, as well as at select vending machines and convenience stores. For 3,320 yen, international visitors can buy an ICOCA card loaded with 1,500 yen (plus 500 yen held as a returnable deposit) and a one-way Haruka ticket, saving you around 1,000 yen in total.

It's also worth noting that both of the above trains accept the Japan Rail Pass. This pass allows unlimited trips on select Japanese train lines for 7, 14, or 21 days. For more information about the Japan Rail Pass, check out our Perfect Guide to Japan's Bullet Train.

The Kansai International Airport Limousine Bus connects travelers to many destinations throughout Osaka and beyond, but unlike trains, can be greatly affected by traffic. For people traveling with a lot of luggage however, the spacious storage compartments underneath the bus may make it the best option. Also worth noting is that the Osaka Station route operates 24 hours a day, making it the only choice for travelers arriving after trains have stopped running for the day.

Namba Station is connected to Kansai International Airport by two trains on the Nankai Electric Railway. Unfortunately, these trains are not covered by the Japan Rail Pass, so passengers will need to purchase their tickets out of pocket.

The Nankai Airport Express is the least expensive route to Namba Station. As a commuter train that makes many stops along the way, it tends to get quite crowded during rush hour.

Much like the Haruka Express mentioned above, the Limited Express Rapi:t is the faster, less crowded, but ultimately more expensive alternative to the Nankai Airport Express. As an added benefit, each ticket has an assigned seat number, so you are guaranteed a place to sit.

Travelers who opt for the Limited Express Rapi:t can save 310 yen by purchasing their ticket in advance online on the Nankai Electric Railway official website. If you're planning on traveling all around Osaka, you can obtain even greater savings by purchasing through Voyagin. They offer a special deal that combines the Limited Express Rapi:t ticket with a pass that'll grant you unlimited rides on Osaka's subway trains and buses for a whole day! For more details and to take advantage of the deal, click here.

The Limousine Bus is also an option if you're heading to Namba Station. As mentioned above, the Limousine Bus line from Kansai International Airport is most likely the best option for people traveling with a lot of luggage, but travel times could be affected by local traffic.

While travelers bound for Universal Studios Japan can get there by train, it involves changing train lines at least once. For the most straightforward route, take the JR Kansai Airport Rapid Service Line for the roughly one hour trip to Nishikujo Station. From here, change to the Sakurajima Line bound for Sakurajima and ride five minutes until you arrive at Universal-City Station.

If you would rather not deal with changing train lines, the Limousine Bus offers travelers a hassle-free, direct route to Universal Studios Japan.

If you're already in Osaka and looking to go to USJ, you can save a bit of money and avoid the hassle of navigating through Osaka's train system by booking a shuttle bus from Dotonbori. Click here to learn more.

You can also save some money on the USJ tickets themselves! Prices vary according to the pass, so please check out this website for further details as well as to actually book these discounted tickets.

Enjoy Your Visit to Osaka

No matter your destination, Kansai International Airport has options to shuttle you there as quickly as possible. With the information gathered here, you can spend less time navigating routes and more time enjoying all that Osaka has to offer. Wondering just what those might be? Check out our guide to 50 Things to Do in Osaka!

If you're flying into Tokyo, we've got you covered in our complete guide to How to Get From Narita Airport to Downtown Tokyo.