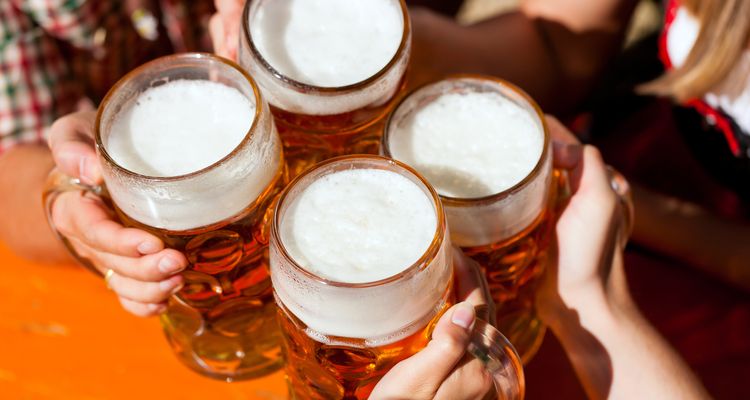 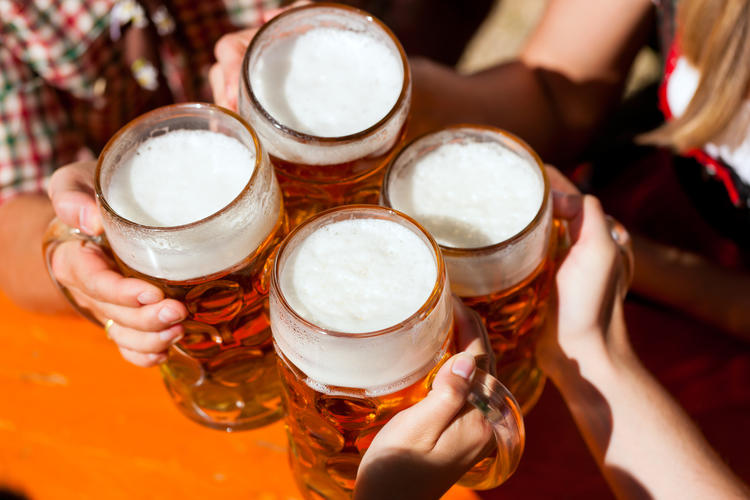 There are few things better on a hot summer day than an ice-cold beer, and while beer gardens may be a European invention, rest assured that Tokyo is no slouch either when it comes to serving up plenty of refreshing and delicious brews to help combat the brutal Japanese summers. To all the beer lovers out there, here is a look at the top beer gardens, as well as a few beer festivals and events you will definitely want to visit in Tokyo this summer!

Open from June through September, Ginza Sky Beer Terrace is one of the prime places to go to enjoy beer along with delicious food and a stunning view of the Tokyo skyline.

Those who want to enjoy beer to the fullest should consider one of the all-you-can-drinks plans (5,500 yen - 9,000 yen, depending on the plan), which let you enjoy 2 hours of unlimited Premium Maltz beer along with many delicious French-inspired dishes. There's nothing quite like enjoying a cold beer with friends while looking out across the gorgeous Marunouchi area, which includes Tokyo Station as well as the Tokyo Imperial Palace gardens. By area, Forest Beer Garden (Mori no Beer Garden) is the largest beer garden in Tokyo, with room for hundreds of patrons to merrily drink the night away with their friends. This beer garden is located within the greenery of the spacious Meiji Jingu Gaien park, so it offers a good chance to escape the hustle and bustle of the city without having to travel too far from the city center. Visitors can either go with an all-you-can-eat-and-drink plan (Men 4,200 yen, Women 3,900 yen) to savor beer and BBQ to their hearts' content, or they can stick to ordering beer and food a la carte style if they just want a beer or two and some snacks. This is a popular beer garden and reservations are required, so make sure to book well in advance if this place sparks your interest!

Believe it or not, the place you see in the picture below is technically within Tokyo! While Tokyo is of course known for its sprawling urban center, it actually contains plenty of nature as well, such as Mt. Takao and its surroundings. Mt. Takao is mostly known as a spot to see stunning foliage in the fall, but it's also a great place to go enjoy a beer while looking out at the stunning view during the summer. Mt. Takao Beer Mount is located on the peak of Mt. Takao, next to Takaosan Station, which can be accessed by cable car. Since it is so close to the station, it is the pefect place to stop by to relax after a day of hiking and exploring the mountain before returning home. Enjoy some delicious beer and grill-your-own-BBQ and other dishes along with a stunning view of central Tokyo off in the distance. This beer garden is operated by Yona Yona, one of the premier craft beer brands in Japan. It is prized for offering a tranquil, outdoor atmosphere while still being covered with a roof, so you can enjoy this beer garden even on rainy days. While they only offer Yona Yona beer, you won't be left wanting for variety, as they have a huge selection of beers from light to dark, as well as other drinks such as wine and spirits. They also offer a robust food menu of global fare that includes Japanese favorites like takoyaki, as well as beer garden classics like sausage plates and fried chicken. The Tokyo Dome City Beer Garden (Kaze to Midori no Beer Garden) is located just ouside of Tokyo Dome, a multipurpose venue most famous as the home of the Yomiuri Giants baseball team. The area surrounding Tokyo Dome is called Tokyo Dome City, which houses an amusement park, shops, restaurants, and a host of other spots and activities to keep anyone entertained - including this beer garden!

Whether you stop by before or after seeing a baseball game, after enjoying a day of fun at the amusement park, or just because you are in the area, there's never a bad time to visit this beer garden! Also, it's definitely on the cheaper side compared to other beer gardens in Tokyo, and you can enjoy a full night of fun for less than 3,000 yen. If you're going to be in Japan this summer and want to try a uniquely Japanese twist on a beer garden, then look no further than Green Tea Restaurant 1899 in the Ochanomizu area of Tokyo, which offers a matcha (powdered green tea) inspired beer garden each summer! 1899 Matcha Beer Garden has a whopping 11 different kinds of beers flavored with tea, including non-alcoholic beer for teetotalers who still want to give matcha beer a taste! There are also a variety of other tea-infused beverages, including wine, cocktails, and soft drinks. This is the kind of experience you can only have here in Japan, so definitely stop by this summer if you have the chance! As the name suggests, this self-proclaimed "garden restaurant" has been in business since 1949. Located within the scenic Hibiya Park, this is another beer garden that offers visitors a place to relax in a calm oasis within the Tokyo metropolis. Unlike the other spots on this list, this restaurant is actually open year round! However, summer is arguably the best time to visit as you can fully enjoy an ice cold beer on the outdoor patio. They offer a large variety of beers from all over the globe, many of them on tap. They also serve reasonably priced dishes, making this a good spot to casually spend time without breaking the bank.

Having started way back in 1998, the Great Japan Beer Festival (also known as "BeerFes") has grown into the largest beer tasting festival in all of Japan. This is the place to be for true beer aficionados who want to sample a variety of international craft beers in one day!

They also host the International Beer Cup, a prestigious beer competition that draws in more than 500 competitors each year. Visit to get a chance to taste the best beer in the world!

Note that this is fundamentally a beer tasting event, and you will be served 50ml or less of each type of beer that you taste. If you are more interested in having a casual time enjoying beer in a more typical way, take a look at some of the other beer festivals in this article. Oedo Beer Matsuri is an annual beer festival in Machida, Tokyo, that draws over 200 craft breweries from Japan and abroad. There's no entrance fee, so you can casually come and go as you please. On top of that, some beers are offered for as low as 300 yen per cup! This is a great summer festival to visit and have a fun time with friends, as you can enjoy a variety of beers and festival foods along with the energetic music from the DJ booth. Beer gardens are a German tradition, so of course we had to include a German-themed beer festival in this list! While Oktoberfests are known as a mainstay of autumn, there are some that you enjoy in the summer as well! One such festival is Komazawa Oktoberfest, which takes place each year in mid-July.

In addition to a host of German beers, you can also feast on popular German dishes like bratwurst, pretzels, and sauerkraut. There is also a rotating list of live music to enjoy, including German acts as well as Japanese singers and DJs. This has been just a sampling of the plethora of beer gardens and beer events to enjoy in Tokyo during the summer. By all means, gather up a bunch of friends and enjoy some tasty brews until the sun goes down!