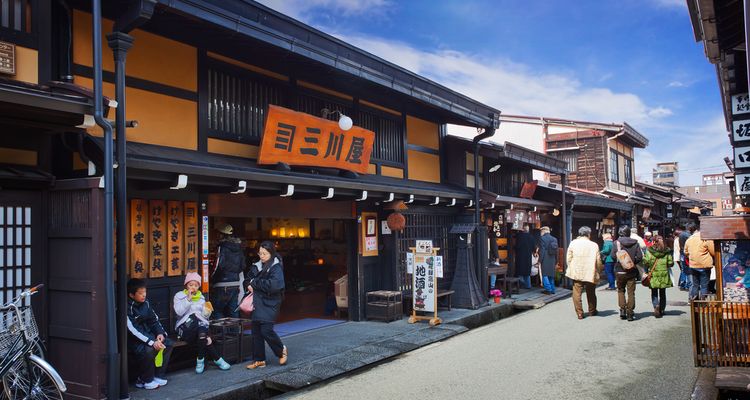 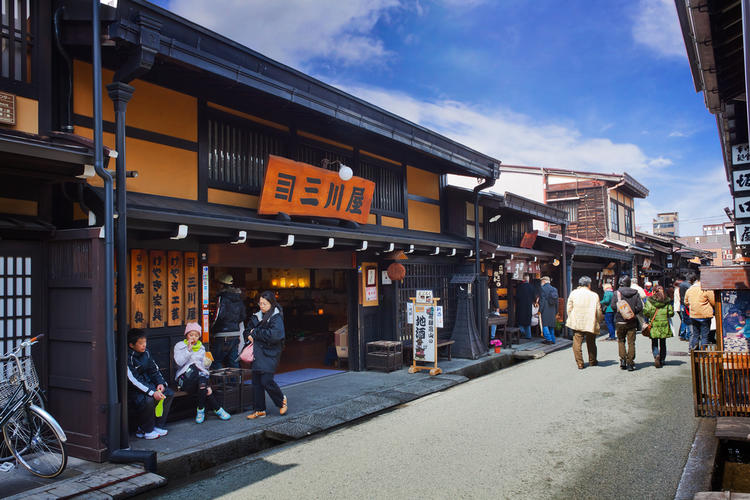 Top 12 Things to Do in Gifu That You Absolutely Have to See!

Gifu tends to have a bit of a run-of-the-mill reputation out of the numerous prefectures within Japan, but there are many notable attractions here that you'll definitely want to take a trip out to see. This time, we'll be introducing some of the best little-known spots in Gifu that are well worth a visit.

UNESCO World Heritage Site: The Gassho-Style Houses in the Historic Villages of Shirakawa-go

In 1995, the villages of Shirakawa-go were designated a UNESCO World Heritage site for the beautiful scenery they create and their historically significant structures. The Gassho-style houses are a marvel to look at, and the wooden buildings built with steep-angled thatched roofs are the everyday residences of the people in the village, even today after 300 years have passed. Some of the buildings are open to the public, and you can also make arrangements to stay overnight, so these spots are highly recommended. Wada-ke House is the largest of the many homes, so you should definitely take the opportunity to check it out. In the southern area of Shirakawa-go, you can find the Hirase Onsen (hot spring) area, where you can enjoy a steamy bath amidst an untouched expanse of vivid green nature.

At Hida Takayama, you can get a good feel of the vestiges of culture and history with the townscape. Takayama Sanmachi is particularly impressive if you’re looking for a portrait of an older Japan, where 3 main streets have been preserved from its time as a castle town. Stop by a souvenir shop or partake in the local specialties like Hida beef against the backdrop of the old town with gentle riverbanks and ample greenery.

Gero Onsen is a hot spring located along the river basin of the Hida River with a history that dates back 1,000 years. Along with Arima Onsen and Kusatsu Onsen, Gero is among the 3 best hot springs in Japan. There are three public outdoor baths along the river, as well as a number of free foot baths where you can easily stop by while exploring the nearby city. You can also find the Gero Funsenchi, a small, non-enclosed pond-sized spring. The waters are said to contribute to soft, supple skin, earning it its moniker as a “Spring of Beauty”.

Shinhotaka is the only ropeway in Japan with a 2-story gondola, from which you'll have spectacular views of the Okuhida region and the Hotake Mountain range, with peaks eclipsing 2000 meters in height. Each season features a new stunning view, so it's a great spot to come at any time of the year. There is also an observation deck on the roof of Nishihotakaguchi Station, where you’ll have a panoramic view of the gorgeous vast mountains, valleys, and trees. You can even find various facilities to spend time in the vicinity including a hot spring, restaurants, and souvenir shops.

The practice of ukai, a fishing method that involves training cormorant birds to catch fish, on the Nagara River is a summer seasonal tradition in Gifu with a history spanning over 1,300 years. Cormorant fishermen dressed in traditional garb perform the fish hunt on a fishing boat known as the usen, and you can ride alongside on a separate boat and spectate the professionals of an age-old trade at work. The bonfire atop the boat lighting up the night sky and the cries of the fishermen into the darkness will lead you into a mysterious world.

"Jinya" refers to a venue where political proceedings were conducted during the Edo period (1603-1868), and the term collectively refers to the administrative headquarters, as well as the residence of the local magistrate. Takayama Jinya was built by the shogunate as an administrative base to enforce its rule over the Hida Province. You’ll also find the rice storehouse, where rice collected as land taxes was stored. Takayama Jinya is also famous as the lone remaining magistrate’s office in Japan, and offers a vivid, firsthand glimpse of life in feudal Japan.

For over 30 years, koinobori (carp streamers) have been set up by the Aikawa Riverside Park in Tarumicho. Approximately 350 donated carp streamers are cast across the skies here between late March and early May. In Aikawa, there are around 200 Yoshino cherry trees, and the overlapping blue skies, cherry blossoms, and billowing carps resonate beautifully.

Gifu Castle was once called Inabayama Castle during the Sengoku era (1467-1600) of Japan, and served as the castle of Saito Dosan (a distinguished samurai and feudal lord). Most notably, Oda Nobunaga, the first man to consolidate the warring states of Japan and become shogun, brought down the castle and used it as a base for his eventual conquest of the country. The storied castle and its various artifacts should appeal to anyone with a proclivity to learn about history. Gifu Castle also stands at the peak of Mt. Kinkazan, and the observatory on the upper floor of the castle offers an amazing view of the Japanese Alps, as well as Ise Bay.

Yoro Falls, located in Yoro Park, is designated as one of the top 100 waterfalls of Japan. The waterfall stands 30 meters high and is 4 meters wide, and the water majestically skirts along successive boulders as it makes its way down. In the park, there are 7 bridges crossing little streams branching from the waterfall that make for popular picture-taking spots. You can also take a stroll in the beautiful, tranquil forests of the park, where each season brings about different hues of the fine scenery surrounding the waterfall.

The Battle of Sekigahara, fought between the Western army led by Ishida Mitsunari and the Eastern army led by Tokugawa Ieyasu, is one of the most important battles in Japanese history, and served as a decisive crossroad in determining the future of Japan at the time. A large tombstone and flags bearing the Ieyasu and Tokugawa family crests mark the location of the pivotal encounter. Traces of the battle left on the battlefield, like locations and troop formations of the Ishida and Tokugawa armies, allow you to retrace the marks left by the men who aspired to truly claim the entire country as his own. You’ll be sure to want to pay a visit, especially if you happen to be a history buff.

During the Edo period, Magome-juku was the 43rd station and the southernmost shukuba-machi (post-station) of the 11 lodges along Nakasendo, which was one of the 2 routes connecting Tokyo and Kyoto. The city flourished as a shukuba-machi during the time, especially for the sankin-kotai, a policy of the Tokugawa shogunate to centralize power by requiring feudal lords (daimyo) to alternate living between their domain and the capital of Edo. The area is well preserved, with cobbled paths along the hilly roads reminiscent of what was once the norm for people that lived in Japan during this period. The town is also the birthplace of notable author Shimazaki Toson, and at the Toson Memorial Museum, you can learn about the life of a naturalist whose writing was undoubtedly influenced by the personality of his beautiful hometown. There are even places you can stay overnight in this charming area, so why not give it a try?

Gifu Park spreads across the foot of Mt. Kinka, and is said to have been a location where both Saito Dosan and Oda Nobunaga once resided. Within the park, you can visit Nobunaga's garden, as well as the remains of his residence, which apparently covered around two-thirds of the park grounds. An abundance of green leaf-shaped hues adorn the Japanese garden, all of which flush various shades of red, orange, and brown during the fall season. You have two options to get to the summit of Mt. Kinka that are both recommended: a 3-minute ride from Yama-Fumoto Station on the Mt. Kinka Ropeway and various hiking trail entrances.

The Wonders of A Path Less Trodden: Sightseeing in Gifu

From historic sites of Japan's early beginnings and a lush and ever-present natural environment, to old traditions that have carried to today, Gifu has many attractive sightseeing spots you'll definitely want to see for yourself. Whether it be a historical building, nature, or a soak in a nice hot spring, we hope that a part of Gifu has caught your eye so you'll be able to enjoy a fun-filled trip out here!