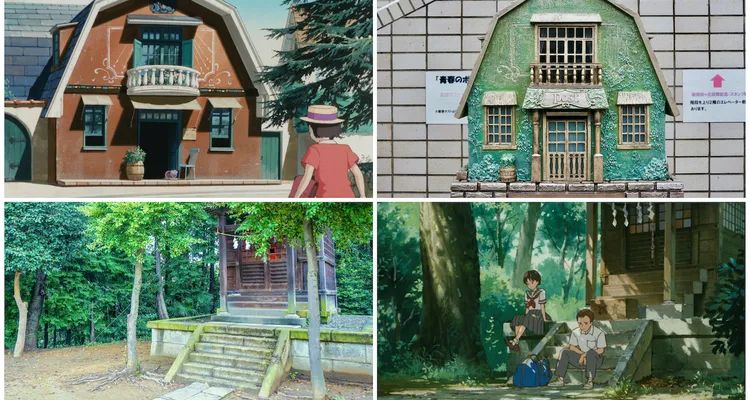 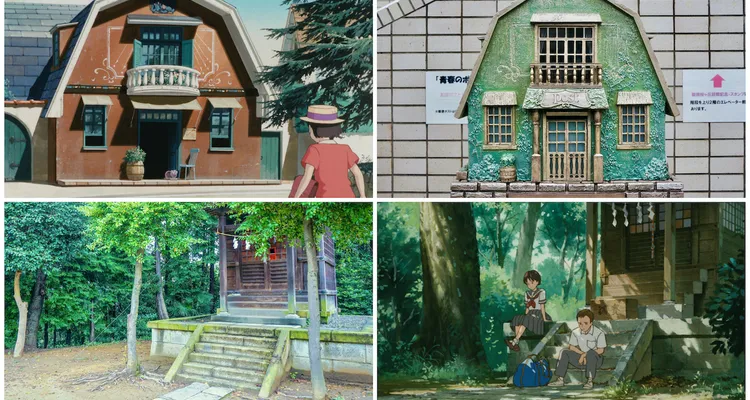 Did you know? Studio Ghibli’s “Whisper of the Heart”—that beautiful expression of genuine and innocent love—is actually set in the real city of Tama in the suburbs of Tokyo! Here you can relive, with all of your senses, this nostalgic tale where Shizuku Tsukishima and Seiji Amasawa follow their dreams and fall in love. You can visit settings such as the slope which Shizuku and Seiji climb side by side, the library, and the antique shop Chikyu-ya where their paths cross. If you ever wanted to step inside an animated movie come to life, then this is the place to do it!

※Written by an external writer

The Town That Inspired "Whisper of the Heart"

Among Studio Ghibli’s many animated features, “Whisper of the Heart” (耳をすませば) is the one that resonates the most with younger viewers. Against the background of day-to-day life in a real city, this film recounts the inspiring story of two teenagers falling in love as they chase their dreams. In stark contrast with Ghibli’s signature fantasy-filled storytelling style, “Whisper of the Heart” is much more grounded in reality. The story mainly takes place at train stations, shopping streets, concrete apartments, and gentle slopes.

Interestingly, many of these locales, including the ordinary alleys and street corners which the female protagonist, Shizuku Tsukishima, passes through as she follows Moon the chubby cat, are based on actual locations in Tama City in the suburbs of Tokyo. And it’s this connection to the movie that has been bringing many travelers to the flourishing neighborhood around Tama’s Seiseki Sakuragaoka Station since 1995.

Where It All Began: Seiseki Sakuragaoka Station

On a warm and sunny morning, a train departs from Shinjuku on the Keio Line and 35 minutes later arrives at Seiseki Sakuragaoka Station, marking the beginning of our journey in search of sights and scenes from “Whisper of the Heart.”

Every encounter with a spot from the movie evokes powerful feelings, as memories of the animated scenes come face to face with reality. This starts as soon as the train pulls into Seiseki Sakuragaoka Station, where Shizuku embarked on her curious adventure chasing after Moon, the chubby cat. Stepping out of the station with our fellow passengers and looking back to see the Keio Department Store logo high above a bustling station surrounded by people going about their daily lives, we wonder if these were the same sights Shizuku would have seen on that fateful day. Probably not, though, because she would have been too busy chasing after Moon to pay attention to her surroundings.

If you want to make sure you don’t miss any real-life locales from "Whisper of the Heart," pick up a free official “Cat-Chase Walking Map” (猫を追いかけて～散策マップ) from the Keio Shopping Mall near the West Gate of the station. The map marks every major movie location, where you can also get stamps to commemorate your journey.

After picking up the map, be sure to check out the Seishun Postbox (青春のポスト, or The Postbox of Youth) located just outside the building. It’s a commemorative mailbox modeled on Chikyu-ya, the antique shop run by the male protagonist’s grandfather. Radiating elegance and antique beauty, the postbox has little windows through which you can admire the intricately reproduced store layout within. It’s just like in the movie, with the only difference being that the two lead characters have been replaced by cheeky little raccoons.

This postbox was created collectively by local volunteers and fans of “Whisper of the Heart,” not only as an homage to the animated movie but also to encourage teenagers to follow their dreams. Local teenagers can write down their dreams on a postcard and “post” it, and then people will be assigned to follow up on them and inquire about their progress. Doesn’t it sound like a wonderful community service?

A wide and open river scenery greets you not long after leaving the station. It takes less than 10 minutes on foot to reach Oguri River, the same sight that Shizuku sees on her walks home from the library every day. The clear blue sky, the river bank overgrown with weeds, the sound of flowing water, and the serene countryside atmosphere make you feel like you’ve just stepped into the animated film. Specifically, the end-credits scene is believed to be based on the scenery around Oguri.

After crossing the Kasumigaseki Bridge (霞ケ関橋), you will arrive at Irohazaka (いろは坂), a hilly road that appears countless times in the movie. It is on this winding slope where Shizuku chases after Moon, the snobby, chubby cat. It is also the road she takes from the antique shop toward the library to deliver her father his lunch box. Many spots mentioned later are also situated nearby, so this is one real-life location from “Whisper of the Heart” that you don’t want to miss.

Breathtaking Views from the "Library" and Those Long Iconic Stairways

Even though the actual library where Shizuku’s father works is a fictional place created just for "Whisper of the Heart," familiar locations can still be found on the slopes in Sakuragaoka. The map indicates that the Irohazaka Sakura Park (いろは坂桜公園) is where the library would have been. Some fans also suggest that the spot where Seiji proposes to Shizuku would be located in an area of the park that overlooks the city.

Situated on a hill, the park naturally offers a wide and unobstructed view of the cityscape of Sakuragaoka. In early spring, it also becomes a romantic spot well known for cherry blossom petal viewing.

After passing through the Irohazaka Sakura Park, you will be greeted by a series of long stairways. The one next to the park exit is believed to be the spot from which Shizuku hurtles down towards the library after leaving Chikyu-ya. It is also supposedly the “shortcut” mentioned by Chikyu-ya’s elderly owner. Why not step into Shizuku’s shoes and take a quick sprint down the steps yourself, enjoying the thrill of the dash and the experience of reliving a part of the movie?

If you continue walking, you will arrive at Konpiragu (金比羅宮), a small shrine tucked away on the hill where Sugimura, Shizuku’s classmate, confesses his feelings to her. It might be a little different from what you remember, as the original somber shrine was made a little more romantic for the movie. In the animated film, the teenaged couple is seated on the stairs in front of the shrine when they talk about Shizuku’s good friend Yuko. Interestingly, they seem rather nervous and awkward both before and after the confession, which was and still is a heartwarming reminder of how young and innocent we all once were.

Its connection to the movie aside, it is surprising to find a machine dispensing fortune slips in a shrine as small and simple as Konpiragu. All you need to do is insert a 100-yen coin through the slot to obtain your fortune slip and hope for the best!

Looking for Moon and Chikyu-ya at the Sakuragaoka Roundabout

The final stop on our journey is the Sakuragaoka Roundabout, where Chikyu-ya is supposedly located. Filled with curiosity, Shizuku relentlessly chases Moon the chubby cat all the way here in one of the most pivotal scenes in the movie, so fans of “Whisper of the Heart” should be familiar with this place. Unfortunately, the treasure-filled mysterious antique shop does not actually exist. In its place is a cozy little coffee shop. Thankfully, the roundabout with the huge leafy trees at its center can still be found there.