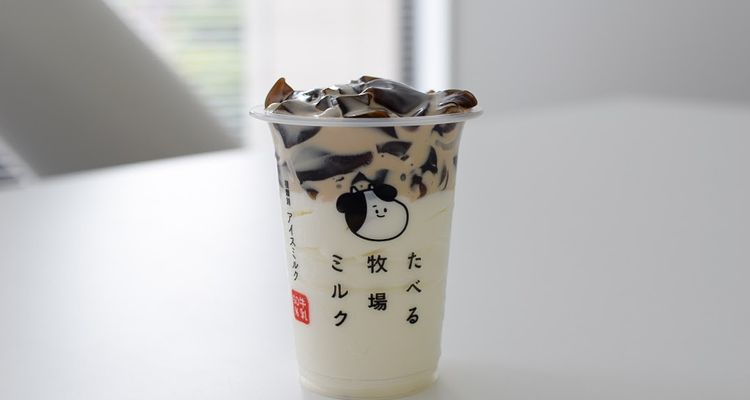 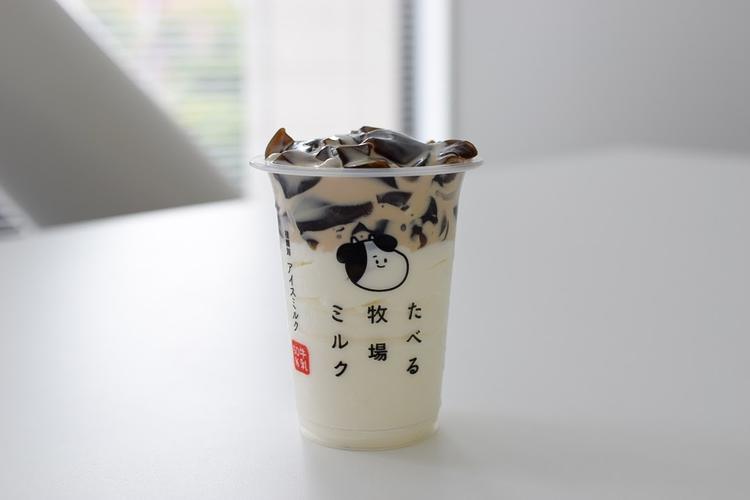 Have you heard of Taberu Bokujo Milk? It's a FamilyMart exclusive cup of ice cream with about an inch of open space at the top, leaving plenty of room (literally) for people to customize it with their own additions! Add in the adorable cow mascot that adorns each cup, and it's no wonder that this treat has taken Japan's social media by storm! The tsunagu Japan editing team decided to try out this trend for ourselves, and here is what we came up with!

What is Taberu Bokujo Milk? Taberu Bokujo Milk, also referred to as just "Tabeboku," is a milk ice cream item that was originally sold exclusively at the convenience store Circle K back in 2011. It was brought back into FamilyMarts (another Japanese convenience store chain) all across Japan in late 2017 with a cute redesign, and it suddenly became a huge hit all over Japanese social media in mid-2018!

Its new and improved design features an adorable cow. Watch as he changes hats with the seasons! For example, in Halloween he dons a witch hat, and in the spring, a strawberry hat in the seasonal strawberry gelato flavor edition! It isn't just your ordinary ice cream either... It's a healthier type of ice cream, with only 156 calories per cup, so you can dig right into it without any worries! The best thing about Tabeboku is the little gap on top that leaves you room to add in your own choice of toppings, and is the reason it's become so popular! The ice cream itself isn't very sweet either, so it's perfect for matching with a variety of different flavors.

Without further ado, here are some flavor combinations that we decided to try out!

Our first combination was coffee jelly and plain flavor Tabeboku. Coffee jelly retains the slightly bitter taste of coffee and is only slightly sweetened, so we thought it would match nicely with the mik ice cream.

First, cut up the coffee jelly into little cubes with your spoon while it is still in the container. Then, pour some of the coffee jelly on top of the ice cream until it completely fills the cup.

Our verdict? It was just as we imagined - the jelly mixes really well with the ice cream and isn't overwhelmingly sweet. Since the ice cream is 50% milk, you can think of it as adding milk to your coffee. Except in this case, the coffee is jelly and the milk is ice cream, which results in an interesting but delicious cup of cafe latte!

Pour the blueberry yogurt in until just before the rim; you want to leave a bit of room for the chocolates. We stuck the straw from the drinkable yogurt in too, because why not!

Then, add in the mountain-shaped chocolates. If you want it to look really cute, you can carefully arrange it so that the little strawberry peaks are on top!

... Or you can just dump them on top. Might not look too elegant, but it tasted really good! You get a really good kick of strawberries, and the chocolate adds a nice crunch. It's definitely on the sweeter side, though, which the milk ice cream balances out a bit.

Who doesn't love pudding? You can see it as a topping on a lot of different desserts in Japan, so we wanted to give it a try!

We flipped the pudding upside down in hopes of it dropping down nice and pretty on top! It needed an extra few squeezes, though, to get it out.

Unfortunately we didn't get the nice presentation we were anticipating, and it split down the middle! It might've broken because the ice cream is shaped to form a little peak. If you want to try it out at home and take the perfect photo for social media, it might be a good idea to flatten out the ice cream with a spoon before adding the pudding on top.

Appearances aside, it was super delicious! The custard was, of course, really tasty, but the caramel blended really nicely with the milky flavors, too. This was probably our top pick flavor-wise!

Next, we decided to get a bit artsy and try to create a cute forest scene on top of the strawberry Tabeboku. So, we picked up some soy matcha flavored Galbo (matcha chocolate-covered cookies), Kinoko no Yama (chocolate mushroom cookies), and everyone's favorite Japanese snack - Pocky.

We crushed up the Galbo while it was still in the package and then sprinkled it on top of the ice cream to make a layer of "moss." Then, we added the mushrooms to our "forest floor," one by one.

Finally, we added some "bamboo" with the Pocky!

This one didn't turn out quite as cute as we had pictured in our heads. If we were to do it again, we would use matcha-flavored cake or something similar that would be easier to crumble up small to look like moss.

Still, it was quite delicous, so we considered it a success! None of the three snacks we added were too sweet, so it was still a relatively light treat despite being loaded with stuff. The matcha flavored Galbo tasted particularly delicous with the strawberry gelato that filled the bottom half of the cup. Matcha and strawberry is a popular favor combination in Japan for a reason!

Finally, since we're in Japan, we decided to make a super Japanese version with warabi mochi and soybean powder. Warabi mochi is a type of wagashi (traditional Japanese sweet) made from bracken starch and sugar. While it may look like Jell-o, it is actually more firm and has a more gentle and refined flavor. The one we picked up was matcha flavored, but they also come plain or flavored with yomogi (Japanese mugwort).

The warabi mochi came with this little stick, which was the perfect tool to gather each one up and pile them into the cup.

We topped everything with a healthy sprinkle of kinako (soybean powder). It may seem odd, but soybean powder is actually a very common dessert ingredient in Japan. It tastes toasty, nutty, and slightly sweet - almost like peanut butter!

This one was absolutely delicous! Warabi mochi is already delicious on its own, and has a very enjoyable texture and subtle flavor. It matched perfectly with the milk ice cream, and being cooled by the frozen ice cream beneath it probably made the texture even better. The soybean powder sprinkled on top was the perfect nutty complement. This one earned rave reviews from the whole editing staff!

The Tabeboku combinations truly are endless! Here are some of our favorite creative ideas that we found on Instagram. Check out the tag #たべる牧場ミルク if you want to peruse for yourself! A heaping pile of fresh cherries From fruits to chocolate to beverages and even traditional Japanese sweets, there is no shortage of creative toppings to add to your Taberu Bokujo Milk! If you're in Japan and near a FamilyMart, by all means, try to make a flavor combination that suits you! Once you make it, add #tsunaguJapan to your post so we can gasp in awe at it!