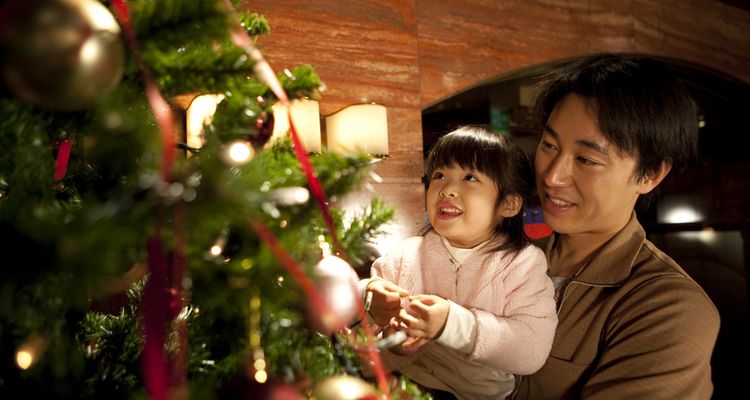 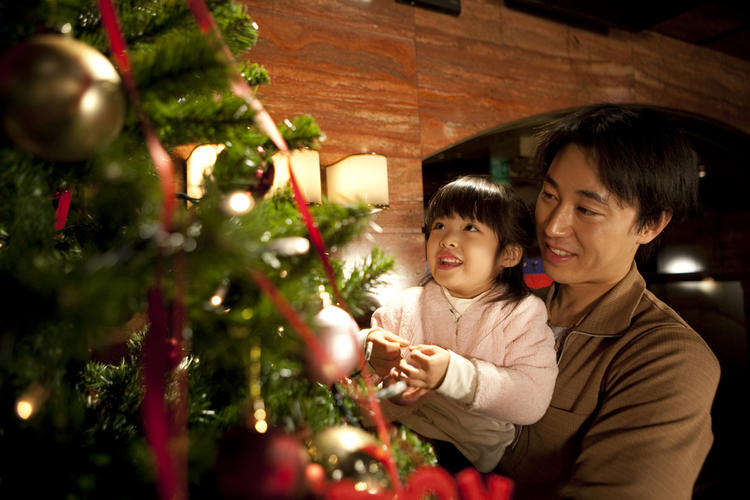 You know the Christmas season in Japan has started when the temperature begins to drop, holiday lights decorate the streets, gentle blankets of snow cover the cities, and the festive ring of Christmas tunes play at shops. While Christmas trees, colorful lights, and of course Santa Clause are all a big part of Japanese Christmas, there are a few unique traditions associated with the holiday in Japan that are not found overseas. Despite only a fraction of the population celebrating Christmas in Japan as a religious holiday, Christmas is alive and well in the land of the rising sun and if you know how to spend it right, it can be a lot of fun!

Christmas in Japan: A Holiday for Lovers

Although the family is traditionally at the center of Christmas overseas, in Japan, Christmas Eve is the equivalent of Valentine’s day for romantic couples. If you visit Tokyo Disneyland on Christmas Eve or Christmas Day while in Japan, expect to see a large number of couples in nice outfits parading around the magic theme park. Typically young couples like to arrange romantic dinners, go to special events such as orchestra concerts, and of course, exchange Christmas presents with their special someone.

In recent years, an increasing number of young single people have been known to organize similar holiday gatherings with friends to help brush off the stigma of being all alone and not in a relationship during the holidays. Holiday parties held on Christmas Eve or Day have seen an increase in popularity as well. This goes to show that no matter if you are spending Christmas by yourself, with your family, with friends, or with that special someone, there is no shortage of festivities of how you can spend Christmas here in Japan.

Christmas Eve Is Second to None

While many children around the world count down the twenty-five days until Christmas Day on their calendar making it one of the most special days of the year, in Japan, Christmas Day takes a backseat to none other than Christmas Eve.

Although many families will still open presents on Christmas day with their kids, as Christmas has become a holiday to be associated more with couples, the majority of people who celebrate will do so on the 24th of December. The romantic Christmas Eve troupe evident in a number of popular movies and TV shows has gone on to perpetuate the social notion that Christmas Eve is supposed to be this big magical night of romance and many people will even plan to have significant romantic milestones such as first kisses or even proposals on this night in line with the romantic theme.

One other unique aspect of how the holiday is celebrated in Japan is that the majority of these celebrations are held in the evening or at night. This is due to the fact that Christmas is a secular holiday in Japan and hence not a national holiday where people are given time off from work. To accommodate, many people will plan their festivities after work hours when they can enjoy time away from the office with their loved ones.

While many countries around the globe celebrate Christmas traditionally with a juicy turkey or a roast ham, you won’t find many Christmas dinners in Japan featuring the typical fowl. Instead, many Japanese celebrate this special day with a nice big bucket of the Colonel’s world-famous Kentucky Fried Chicken. The story goes that during the 1970s with the introduction of KFC to Japan, a store manager had the idea to draw a connection between the winter holiday and the crispy treat—both of which had come from abroad. Since turkey is hard to come by in Japan and most Japanese homes don’t have conventional ovens large enough to roast a ham, the marketing strategy was a huge success and the store manager went on to become the CEO of KFC Japan.

Today if you hope to get your hands on a bucket of the delicious chicken during the holidays, you’d better place your order weeks, or even months in advance. Every year, Christmas day sales of KFC’s special Christmas “ Party barrels” that are exclusive to just this one day make up one-third of their annual Chicken sales! While it may not be seen as traditional by you in your country, in Japan the fried chicken has become a representation of the holiday and its popularity continues to soar.

While the days may be shorter, the twinkling of lights and mass luminescent displays bring joy to the cold dark Japanese nights. Every year from the beginning of December through mid-January, Japan gets us in the mood for Christmas with dazzling displays of LED lights known as “illumination” or “light-ups” that make these dark nights all the more jolly.

Illuminations across Japan take many sizes and forms. Some are quite simple, being made of basic blue and white lights that cover the side of the building. Others are a bit more elaborate like the illumination at Ashikaga Flower Park. There are even some places such as the Yomiuri Land: Jewellumination that are entirely devoted to this special seasonal event. Interested in seeing where the best place to see seasonal illumination in Japan is, read more about 8 Popular Japanese Illumination Spots.

You know it’s almost Christmas when you start hearing the legendary Mariah Carey’s enchanting voice grace radios, restaurants, and shop fronts alike with her infamous rendition of “All I Want for Christmas is You.” While the song is still fairly well recognized here in Japan, when asked about what song they associate with Christmas, the majority of Japanese will say that WHAM!’s 1984 hit single “Last Christmas'' is what really invokes the holiday spirit. In fact, it’s hard to go pretty much anywhere in Japan during the holiday season without hearing a few bars of this iconic tune. If you really want to put yourself in the holiday mood in the Japanese style, this song is always at the top of the karaoke leaderboards during the month of December and so if you’ve got a case of the holiday blues, perhaps the best cure is to sing it out at karaoke with some friends.

Shopping isn’t the only thing that drives people to these cheery Christmas markets—turkey legs, hot chocolate, german sausages, imported beer and any number of typical Christmas foods can be found here as well! This impressive assortment of Western holiday foods is hard to find anywhere else in Japan and so for many, this may be the only time of the year to stock up and chow down on holiday favorites.

Much like KFC, strawberry shortcake is another fun food tradition in Japan that is representative of the holiday season. Unlike many other countries abroad, not all fruit is available year-round in Japan which has made certain fruits like the strawberry culturally connected to particular seasons. Winter in Japan is strawberry season and so coupled with the red and white of Santa’s hat, strawberry shortcake is the obvious choice for the season. The cake is usually called “Christmas cake” and if you are invited to any Christmas event, bringing this special cake will make any holiday gathering all the more sweeter.

Between November and December, the “happiest place on earth” becomes just a bit happier with the addition of holiday music and ornate Christmas decorations to the Magic Kingdom. Christmas is considered one of the best times to visit Tokyo Disneyland or DisneySea as the holiday lights, seasonal character costumes, and appearance by Jolly Old Saint Nick himself in the Christmas Parade all embody what there is to love about the holiday itself. While Disney does see an uptick in visitor traffic during the winter season, lines and crowds particularly on Christmas Eve and Christmas Day are not as horrendous as one would expect which makes it one of the best Christmas activities in Japan for families with young kids.

Have a Merry Christmas In Japan!

Overall, while Christmas in Japan may not be quite what you’d expect as compared to Christmas in your home country, there is no shortage of brightness, warmth, and holiday cheer in Japan. And if you are celebrating Christmas in Japan, chances are that you’ll also want to know How to Spend the New Year’s Holiday In Japan, which can be a ton of fun as well!