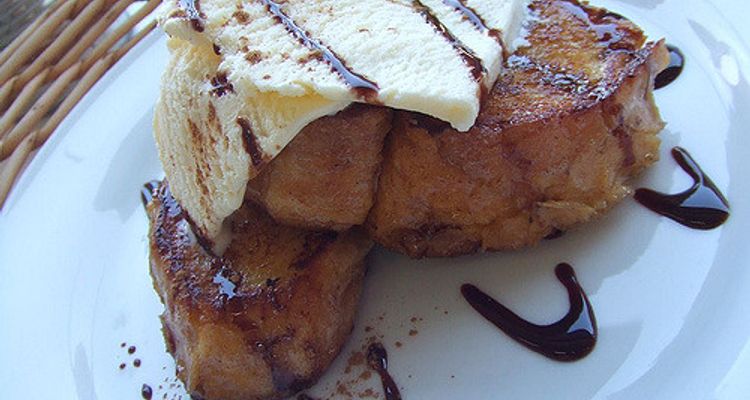 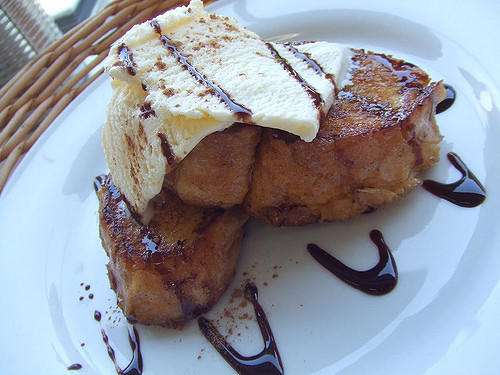 Relax Like the Locals at These 10 Fancy Cafes in Shonan Enoshima!

Enoshima is only about an hour away from Tokyo and you'll fall in love with this place as it offers great seafood, sightseeing places and a list of really fancy cafes with a view. This cafe is tucked in the luscious Samuel Cocking Garden at the summit of Enoshima, where the Enoshima Sea Candle lighthouse stands strong. LONCAFE is where the locals head to for some really good french toast! One of the reasons why people would pay to enter Samuel Cocking Garden (Whose entrance fee is ¥200) is for LONCAFE's french toast that is prepared with this special secret mixture that only LONCAFE staff know. Take a bite of their crispy-on-the-outside-fluffy-on-the-inside french toast (The drink set starts from ¥1080), while you take in the gorgeous view of the sea. We would recommend you to head straight to the cafe first after you have enter the garden cause there will be a long queue of patrons.   。

This pancake house has started a crazy pancake fever in Japan! We are not kidding when we say that there will be people queueing up early in the morning, waiting for the restaurant to open! Depending on the crowd, you might get seated quickly cause there are plenty of tables, and you can opt for some al-fresco dining too.  Locals come here for the strawberry macadamia pancakes that come with a tower of whipped cream (At ¥1150). Go crazy with the different flavored syrups they have like guava, coconut and maple. This cafe just opened in April 2015 and dining here is more than just for its flavors cause they offer spectacular views. If the weather is lovely, we definitely recommend you to sit at one of their terrace tables. So, what do the locals order when they are here? Their curry dish (At ¥1620) is a must as it uses only locally produced fresh vegetables. They also have a really fine savory french galette that also features one of Enoshima's famous local seafood harvest, anchovies! There are also other dishes here featuring Enoshima's local produce that will satisfy your tummy. End the meal happy with their scrumptious desserts and a cup of tea. Along the National Route 134, you'll pass by Eggs' n Things and if you are not in the mood to queue up for some awesome pancakes at Eggs' n Things, well, we have this really beautiful cafe that is located on top of Eggs' n Things. GARB occupies the 2nd and 3rd floor of The BEACH HOUSE and here you can relax over a cup of coffee or tea with some yummy pizza or their desserts while you take in the views of Enoshima and Chigasaki. Plus, if you are lucky, you could get a glimpse of Mount Fuji on a clear day. Come with a big group of friends for a BBQ on the rooftop too! This cafe with a view is located at the summit of Enoshima near the lighthouse. The salads here (Served from ¥972) are not only fresh and beautiful in sight but you'll love their secret-recipe dressing! No meal here would be complete without their desserts. They have gelatos (From ¥432), pancakes, cakes and the list goes on! It might take a little navigation to get to this gem as it is located at one of those quaint back alleys here on Enoshima (Behind the famous anchovy restaurant, Tobicho). This beautiful cafe is covered with ivy vines and you'll feel like you have gone through a time portal just by staring at the exterior. Step right in here to forget about your worries and have a sip of their brewed coffee with a slice of their freshly made cakes. Get a cake set that starts from ¥800. Oh, and here you pay with cash right when they deliver your order to you. Aloha Table had a soft opening in summer in 2015 and we are expecting a grand opening in autumn, so get ready folks! The locals are talking about their Crispy Corn Flakes French Toast (At ¥1134), their yummy garlicky shrimp dish and other Hawaiian-themed dishes that actually only use local produce. For those that are heading to the beach, we recommend you to stop by here for some take-out that you can enjoy on the beach and you might want to grab their special pineapple soft cream dessert (At ¥400).

8. DIEGO BY THE RIVER

This quaint restaurant is along the river banks on Enoshima and is built to replicate one of those beach houses on the west coast of USA. Get seated on the terrace and take in the views of both the river and the sea. The menu covers sweet delectable desserts from french pastries (At ¥400) to pancakes (From ¥700) and savory dishes like hamburgers, curry, etc.

When you are in the mood for something creamy, sweet and cold, this is the place to head to cause they are what locals would call, a gelato genius. Their gelatos are made from high-quality fresh milk. Flavors here change with the season as they only use seasonal fruits and vegetables. Grab one of their yummy gelatos and sit on their benches here as you watch the tram roll by. The single scoop is sold at ¥400, while a double portion is at ¥500! At the tip of Enoshima, on top of a big boulder, is where FUJIMI-CHAYA stands. Their terrace seats are a must. Order one of their homemade fresh pancakes (At ¥950) and take in the gorgeous view. The food's great. The view's great. The only thing that might stop you from experiencing this great dining experience would be the fact that FUJIMI-CHAYA closes and opens without prior notice. It all depends on your luck on that day.

A day of sightseeing at Enoshima won't be complete till you take time to relax at one of these cafes!